Accessibility links
'I Trust Vaccines. I Trust Scientists. But I Don't Trust Donald Trump,' Biden Says In remarks, Joe Biden details his plan to distribute a vaccine for the coronavirus, which he said must be based solely on science. 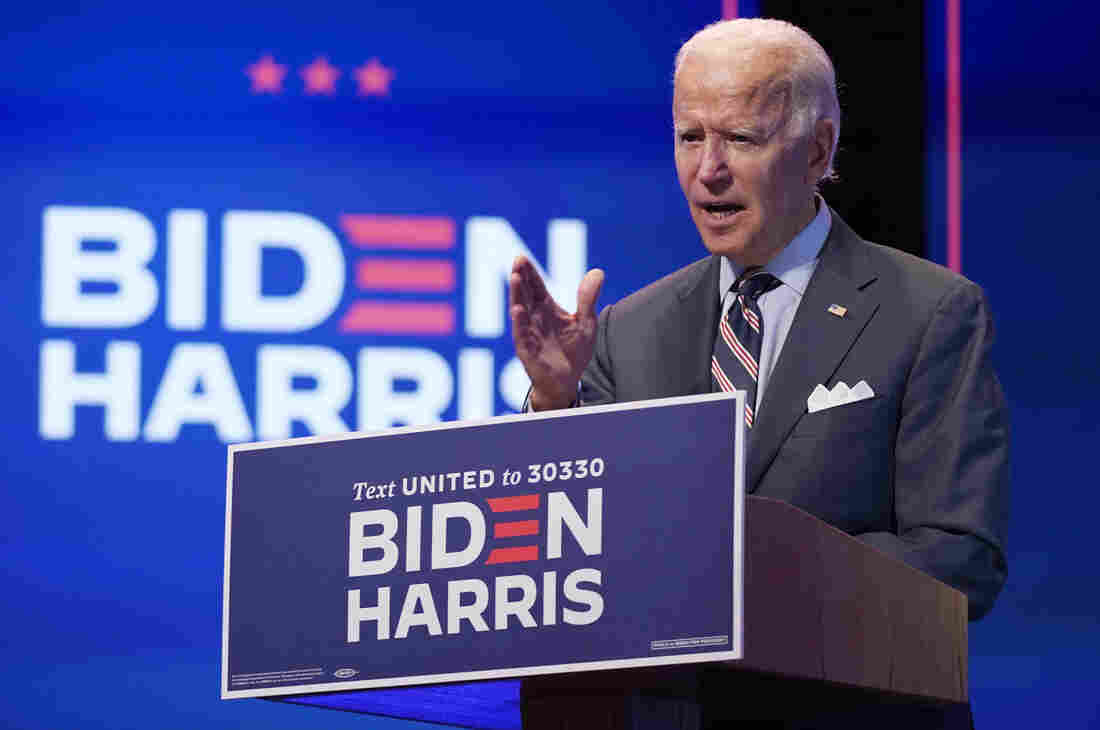 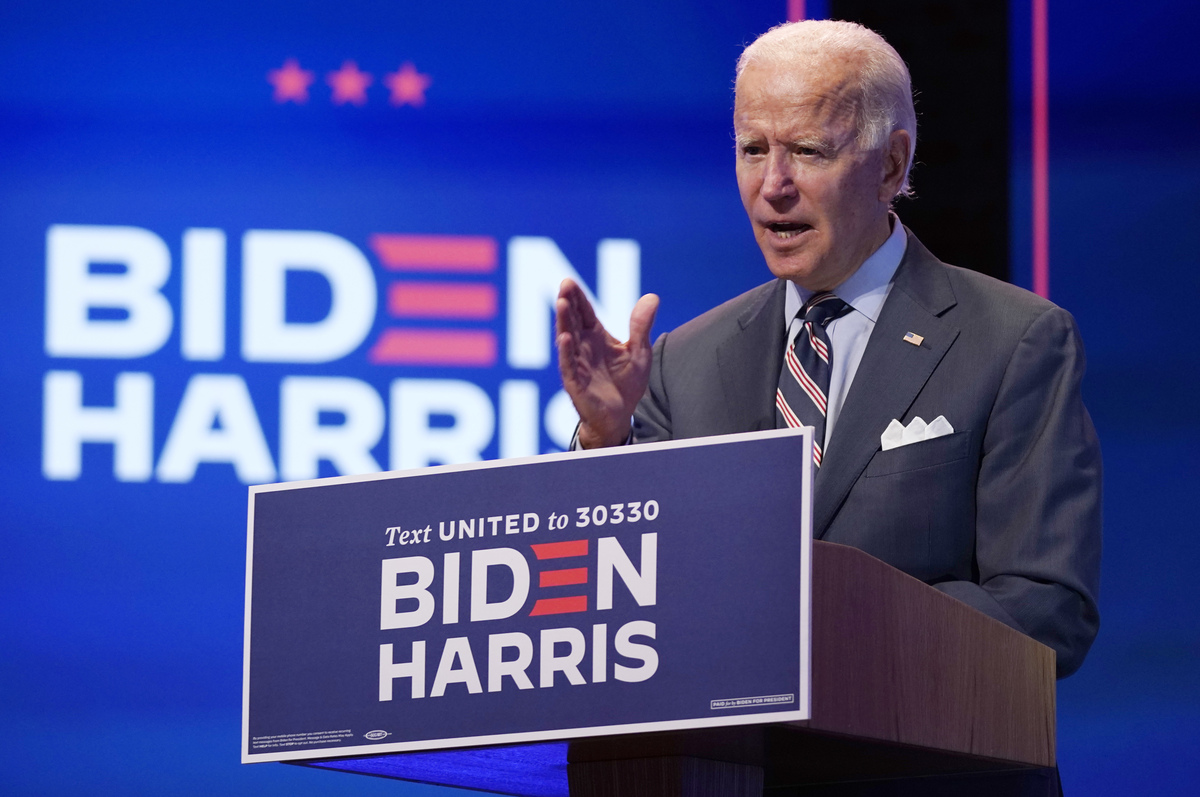 Distributing a vaccine or vaccines for the coronavirus will be one of the biggest challenges the next president faces, Democratic nominee Joe Biden said Wednesday.

"The development of a vaccine is only part of the battle. Distributing a vaccine to the entire population is as complex and challenging as one of the most sensitive military operations," he said in prepared remarks in Wilmington, Del., after he received a briefing from a panel of vaccine experts.

He added: "If I'm elected president, I'll begin by implementing an effective distribution plan from the minute I take office."

Biden detailed his plan to assure the public that any future vaccine, which he says will offer "a way back to normalcy," would be distributed equitably and provided first to those at greatest risk.

His remarks came before President Trump told reporters at the White House on Wednesday that the government expects to be able to begin distributing a vaccine for the coronavirus starting "sometime in October" once approvals are given, noting "it may be a little later than that." The president said at least 100 million doses should be available for distribution by the end of 2020.

That's a more ambitious prediction than the timetable described by CDC Director Robert Redfield, who testified in front of a Senate panel earlier on Wednesday that first responders may begin getting the vaccine in November or December. He said a vaccine would not be widely available until the second or third quarter of 2021.

In his remarks, Biden criticized Trump's comments in an ABC News town hall Tuesday, in which he said he wouldn't have changed how he handled the pandemic.

Biden also tried to draw a clear line between his distrust of whether the president will inject politics into the vaccine approval and his trust in scientists and vaccines writ large.

"Let me be clear: I trust vaccines. I trust scientists. But I don't trust Donald Trump," Biden said. "And at this moment the American people can't either."

The coronavirus vaccine has emerged as a top issue on the campaign trail in recent weeks, given that a vaccine is key to both halting the public health crisis and jump-starting the struggling economy.

Biden alluded to the president's recent comments on the timing of the vaccine, characterizing them as irresponsible.

"Scientific breakthroughs don't care about calendars anymore than the virus does. They certainly don't adhere to election cycles," Biden said. "Their timing, approval and distribution should never be distorted by political considerations."

Trump's language and predictions have left Democrats expressing concern that the Trump administration could politicize the vaccine development process and rush to approve one early for political reasons.

"One of the problems with the way he's playing with politics is he's said so many things that aren't true," Biden said last week. "I'm worried if we do have a really good vaccine, people are going to be reluctant to take it. ... If I could get a vaccine tomorrow, I'd do it. If it cost me the election, I'd do it. We need a vaccine and we need it now."

In turn, Trump has seized on worries about the vaccine approval standards to paint Democrats as promoting anti-vaccination sentiments.

"Now Biden has launched a public campaign against the vaccine, which is so bad, because we have some vaccines coming that are incredible," Trump said at a news conference last week.