Accessibility links
Review: 'Here We Are,' By Graham Swift Graham Smith's new novel seems at first to be a light little story about a seaside love triangle in Brighton, England in the 1950s — but it turns out to be about something far deeper. 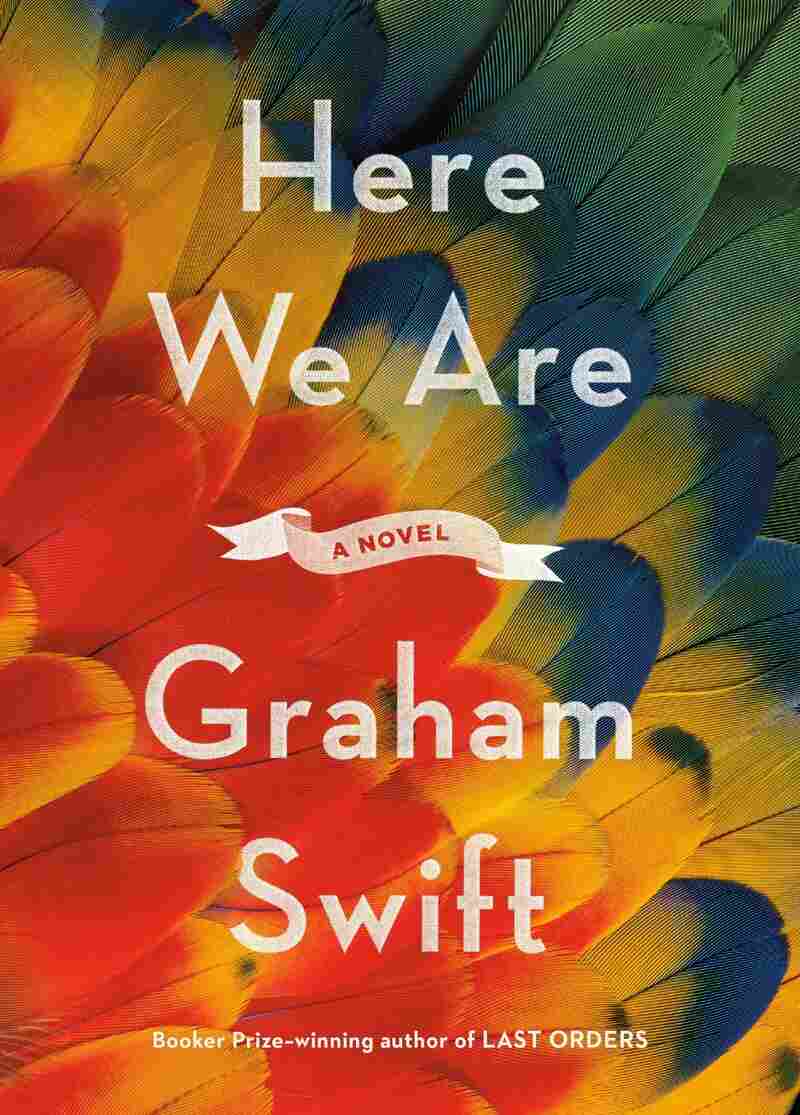 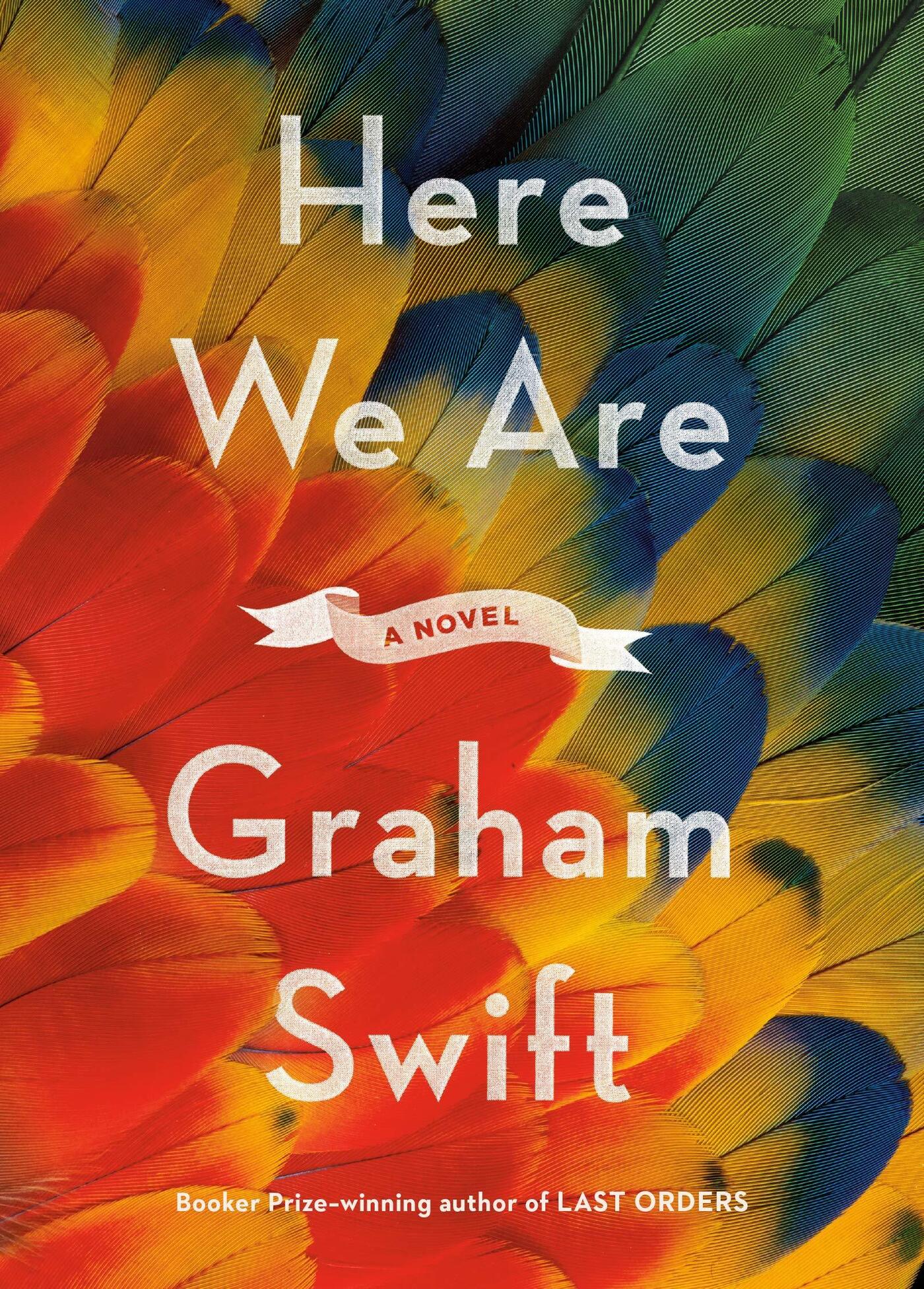 Don't be fooled by the deceptive simplicity of Graham Swift's latest short novel. Here We Are, which at first appears to be a light little story about a love triangle between three variety show performers in seaside Brighton, England in 1959 — a song-and-dance man, a magician, and the magician's alluring assistant — turns out to be about nothing less than life's frequently baffling illusions and transformations.

Like Mothering Sunday, the slight but substantive novel that preceded it in 2016, Here We Are is a paragon of the magic of compressed narration. How does Swift pull off this literary sleight of hand? He sets the stage with glimpses of ordinary lives and heartaches told from a tight third person point of view. We meet future magician Ronnie Doane when his largely absent merchant seaman father brings home a parrot, and with it a bit of welcome color into the boy's drab, impoverished early childhood in London's Bethnal Green with his bitter mother, a cleaning woman. We experience her heart-wrenching but pragmatic decision to evacuate eight-year-old Ronnie from Blitz-battered London to the countryside during the war. And we feel the boy's apprehension turn to relief and then guilt when he realizes how much happier he is in his "privileged, ... charmed existence" with his kind and loving foster parents in Oxfordshire.

Like 'Mothering Sunday,' the slight but substantive novel that preceded it in 2016, 'Here We Are' is a paragon of the magic of compressed narration.

After Swift lures us with this sequence of pivotal scenes, including a few that have brought his three principal characters together on the Brighton pier, he reels us in with a mystery. Then, presto, he executes a ploy that he also used effectively in Mothering Sunday: He opens up another dimension of his narrative by jumping ahead decades, to when his female protagonist is an old woman, looking back with a mixture of pride and wistfulness on the major turning point in her life.

Here We Are takes its title from Ronnie's foster mother's "very nice way of saying whenever she proffered something, or sometimes for no clear reason at all, 'Here we are!'" The novel's even more telling epigraph comes from Joni Mitchell: "It's life's illusions I recall." The implied second line resonates powerfully: "I really don't know life, at all."

Actually, Swift's characters do know something of life, but there are mysteries that elude them — including the whereabouts of the magician, who vanished without a trace back in 1959. Was it foul play? Suicide or flight spurred by a broken heart? A willful transformation?

In a novel that features "a flickering summer concoction at the end of the pier," quite a number of lives flicker suddenly and meet (ahem) Swift ends. In short order, the author expeditiously knocks off the elder generation: torpedoed by a German submarine, felled by a "dicky ticker," erased by a devastating illness, extinguished in sleep. "How could anyone, anything, just vanish?" Ronnie wonders, when summoned from Brighton to his 49-year-old mother's deathbed. Could the prestidigitation he learned from his foster father bring her back? "Magic yes, miracles no. Miracles are for miracle-workers."

Swift fills us in on what happened to the remaining two of his trio in the half-century since they met in Brighton, but builds suspense and keeps us turning pages to find out what happened to the magician. Readers who hope for the curtain to be drawn back completely may be as disappointed as audiences looking for the secrets behind conjuring a parrot from thin air and then making it disappear without a trace.

This new novel, like the last, balances losses with gains. In Mothering Sunday, a love song to the transformative possibilities of language and literature, the former housemaid managed to cross class barriers to become a celebrated author at a time of seismic changes in English society following World War I. With Here We Are, the focus is on people who act, dissemble, and entertain for a living — sometimes changing positions and identities in the process. Success in the entertainment business (especially when tinged with guilt) isn't as inspirational as the maid-turned-writer's literary and socio-economic success, but once again, Swift has demonstrated wizardry in his ability to conjure magic out of ordinary lives.