Accessibility links
Millions Of Gig Workers Come To Depend On New Federal Lifeline Gig workers are now relying on a safety net program that didn't even exist six months ago. It provides unemployment benefits to the growing number who don't have a traditional payroll job. 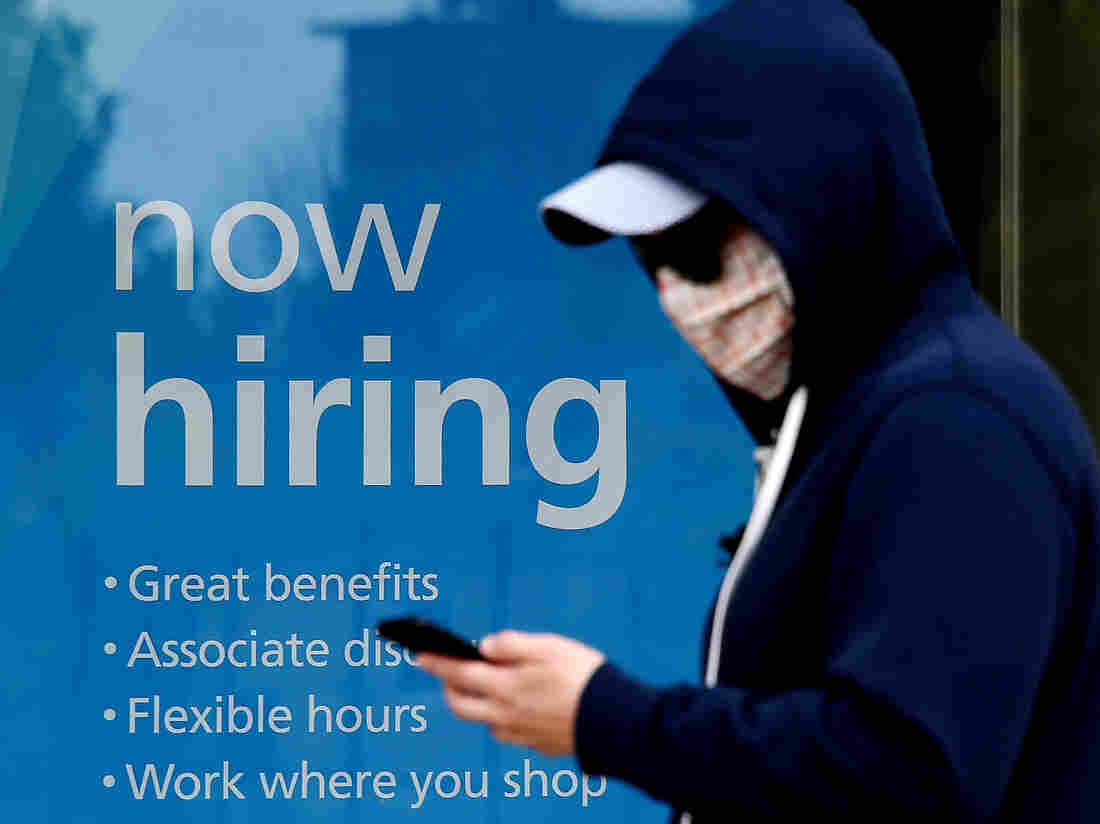 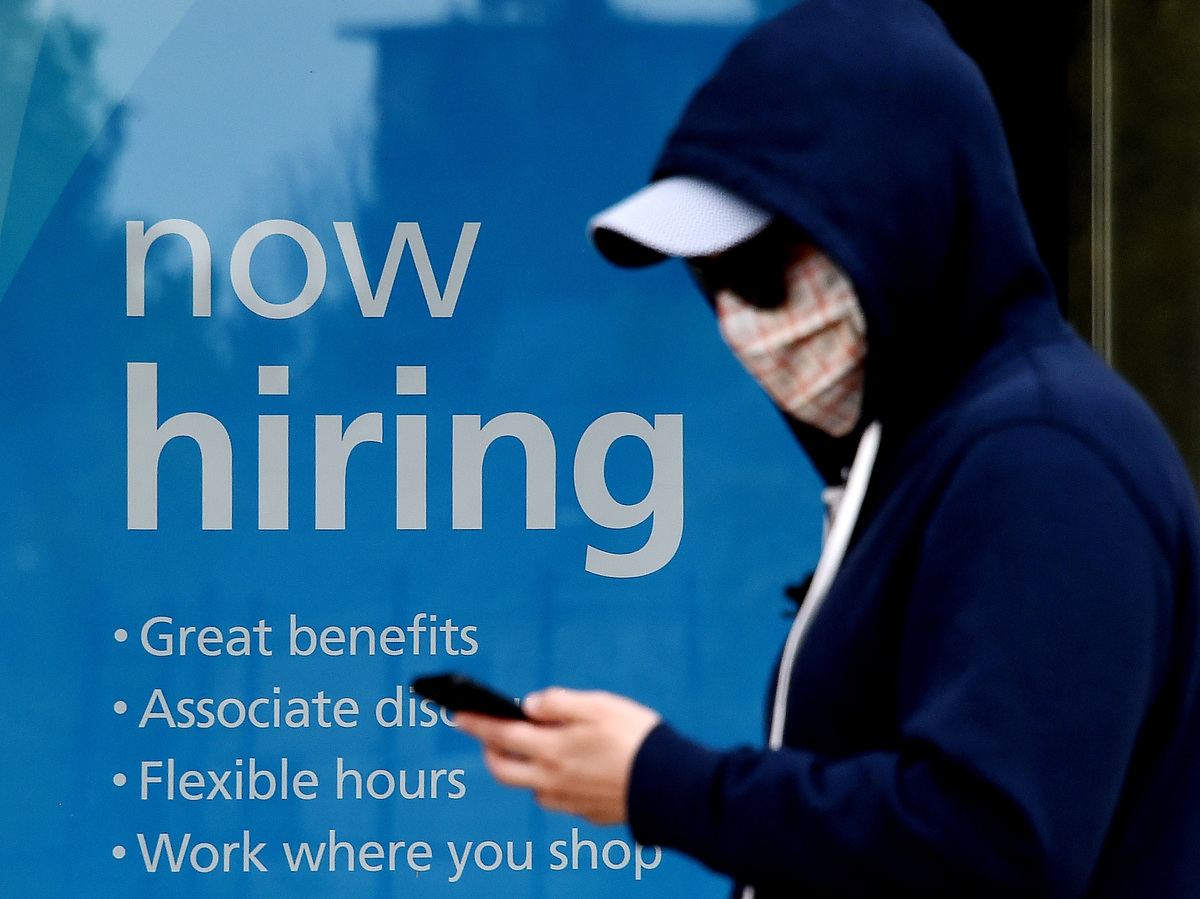 Millions of gig workers have come to depend on a government lifeline that's set to expire at the end of the year. Above, a man wearing a face mask walks past a sign saying "now hiring" on May 14 in Arlington, Va.

Kris Snyder didn't set out to be a professional musician. She began her working life as a corporate trainer for a big retail company. But after churning through seven managers in five years, she got fed up. She gave up a regular paycheck and corporate benefits and started looking for music gigs.

She supplemented her performing income by teaching the harp to about two dozen students at her home in Pennsylvania. She also became a kind of musical therapist, with regular appointments at a nursing home and a hospice.

"It just became a calling," Snyder says. "It fed my heart."

The work also helped feed her family, until the coronavirus pandemic hit this spring and the music abruptly stopped. Snyder became one of millions of people who were suddenly out of work but not eligible for standard unemployment insurance.

"It was horrible," Snyder recalls. "I had absolutely no income coming in. My husband, who's a mechanic, he was on a rolling furlough. And I was terrified of losing our home."

In March, Congress quickly stitched together a new safety net program, modeled on the kind of help the government usually provides after a natural disaster.

"It's designed not just to help gig economy workers or the self-employed," says former Treasury Department official Ernie Tedeschi. "It's also designed to help people who had spotty work history that wouldn't have qualified for regular unemployment insurance."

'We Can't Take Your Call': Uber Drivers, Other Gig Workers Struggle For Unemployment

That turns out to be a lot of people. According to the Labor Department's latest tally, more than 14 million people were collecting benefits under the new program at the end of August. That's more than were collecting regular unemployment benefits.

"Number one, that tells me that too few people qualify for regular unemployment insurance," says Michele Evermore of the National Employment Law Project, which advocates for workers. "We actually probably do need a system that's responsive to the changing nature of the workforce."

Evermore cautions that the Labor Department figure probably overstates the number of people getting help from the new program. There have been persistent reporting problems. And because the program requires less documentation than regular unemployment insurance, it has been a target for fraud.

"There's this international fraud ring that has been attacking unemployment insurance systems," Evermore says. "They've just systemically been going state by state. Once the state system figures out how to identify them and kick them out, they move on to another state."

Tedeschi, who's now with the investment research firm Evercore ISI, estimates that the real number of people receiving benefits from the program is between 6 million and 10 million. That's still a lot of people who would have gotten nothing from the traditional unemployment system.

"When this crisis is over, we need to take a good, hard look at how regular state unemployment insurance is structured and at the very least update it for the realities of a workforce that is substantially gig economy and self-employed," Tedeschi says.

Gig workers, like those who lost jobs during the pandemic, have already seen their benefits reduced. At the end of July, Snyder went from receiving $775 a week to just $175.

What's more, unless Congress acts to extend it, this big new program is set to expire altogether at the end of this year.