Accessibility links
Postmaster Reassures State Officials About Voting By Mail The postmaster general spoke to dozens of the nation's top election officials Thursday, ahead of an election season that will see record numbers of mail ballots. 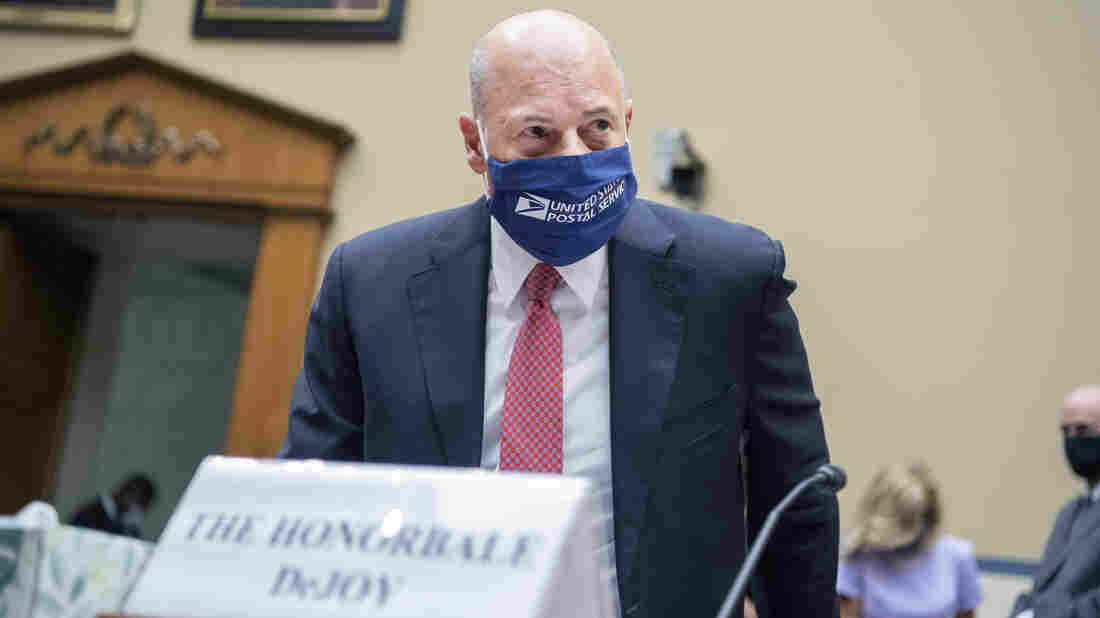 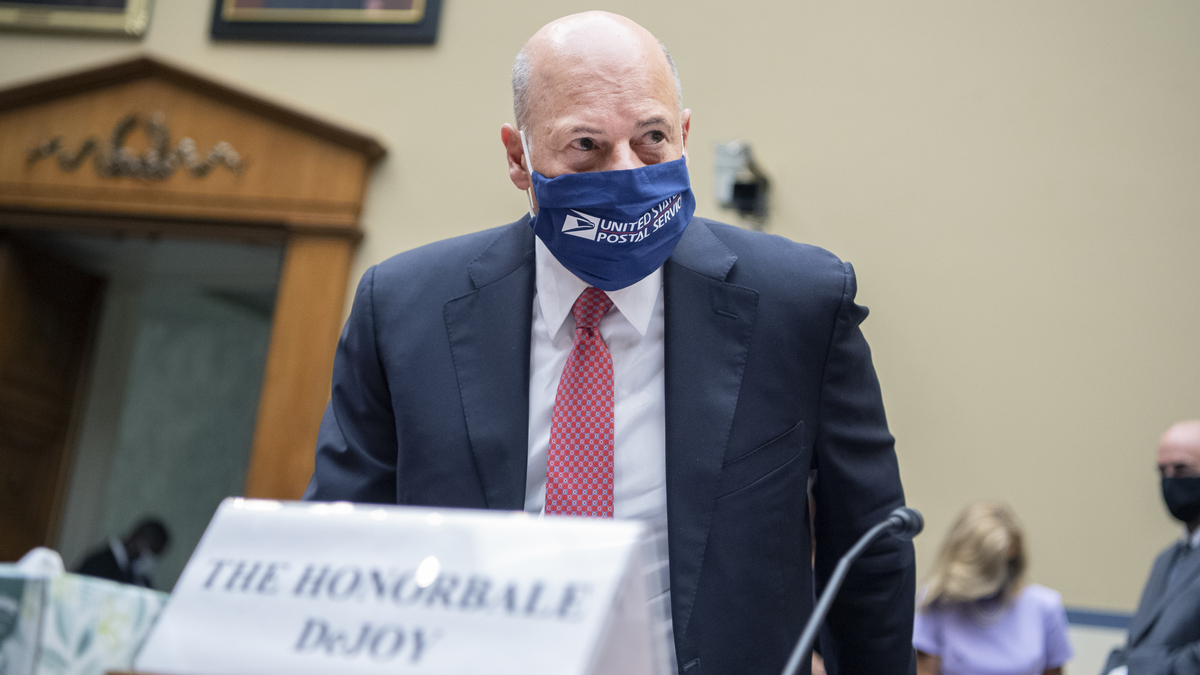 In a call that included a number of "tense moments," Postmaster General Louis DeJoy sought to reassure a group of the nation's top election officials Thursday that election mail will be his agency's highest priority this fall, according to one state election official on the call.

Specifically, DeJoy told the officials that his agency was undertaking a public information campaign to explain to voters that the U.S. Postal Service is equipped to handle the expected increase in mail volume that comes during election season, according to New Mexico Secretary of State Maggie Toulouse Oliver, who leads the National Association of Secretaries of State, which organized the call.

DeJoy also talked more in depth about training for Postal Service employees about how to handle election mail, including postmarking, which in some jurisdictions needs to happen for a mail ballot to count.

"We're at the 'trust but verify' point," said Toulouse Oliver, a Democrat. "We will be taking [the Postal Service] at their word that they are going to put these much-needed processes and guidelines into place. And only through ongoing communication and accountability will we be able to be assured."

"Better in the future"

The implementation of the aforementioned information campaign got off to a rocky start, with one state election official even calling postcards the USPS sent out last week "misinformation."

The cards urge voters to "plan ahead" if they expect to vote by mail this fall, which is a message consistent with what officials nationwide have tried to relay.

But the cards also tell voters to "Request your mail-in ballot ... at least 15 days before Election Day" — a message that has alarmed officials in states where ballots are automatically sent out to registered voters, like Colorado, Utah and Washington, and where voters might be then confused about whether they need to make a request.

"I just found out the @USPS is sending this postcard to every household and PO Box in the nation," tweeted Colorado Secretary of State Jena Griswold, a Democrat, last Friday, with an image of the card. "For states like Colorado where we send ballots to all voters, the information is not just confusing, it's WRONG."

Secretaries of State asked @USPS Postmaster General DeJoy to review a draft before election information was sent to voters to ensure accuracy. But he refused. Now millions of postcards with misinformation are printed & being mailed to voters.

On Thursday's call, DeJoy said the fact that election officials didn't proofread the mailers before they were sent to millions of people was a mistake and he promised to do "better in the future," according to Toulouse Oliver. She said there were multiple "tense" moments during the questioning period about the postcards.

But that issue, which culminated in a lawsuit and a judge temporarily blocking the mailing of the cards in Colorado on Saturday, is just the latest in a string of USPS mishaps over the past few months.

The agency has been mired in controversy virtually since DeJoy, a former logistics executive and prominent Republican Party donor, took over in June. The urgency around those concerns grew after he instituted policy changes later in the summer.

DeJoy has disputed the specific changes he made, but regardless, mail delays followed shortly thereafter, leading to bipartisan calls for him to reverse the changes. He did so, and on Thursday, a federal district judge in Washington state also ordered the changes be halted.

Speaking from the bench on Thursday, that judge, Stanley Bastian, said the changes were a "politically motivated attack" on the efficiency of the Postal Service, according to The Associated Press. DeJoy faced similar accusations during congressional hearings last month and ardently denied that his moves were about anything more than trying to right the ship at a federal agency operating on a multibillion-dollar annual shortfall.

Regardless, mail is still being delivered at a slower-than-average pace than it was at the beginning of the pandemic, according to a tracker maintained by The New York Times.

Most of those delays are by only a single day, but the general air of doubt hanging over the Postal Service may push some voters, especially Democrats, to vote in person instead of by mail this fall.

A CNBC/Change Research poll in late August found an 11 percentage-point decline in the share of Democrats nationwide who said they planned to vote by mail, compared with a poll taken two weeks before the changes at the Postal Service became well-known.

Toulouse Oliver called the conversation Thursday "extremely productive" and said she's optimistic that DeJoy appears to be making more of an effort to communicate with the public and election officials about policies he is implementing.

"We have to take the election process out of the realm of toxic partisan rhetoric and make sure that voters have the best information possible to make their decisions about how, where and when to cast their ballot," she said.