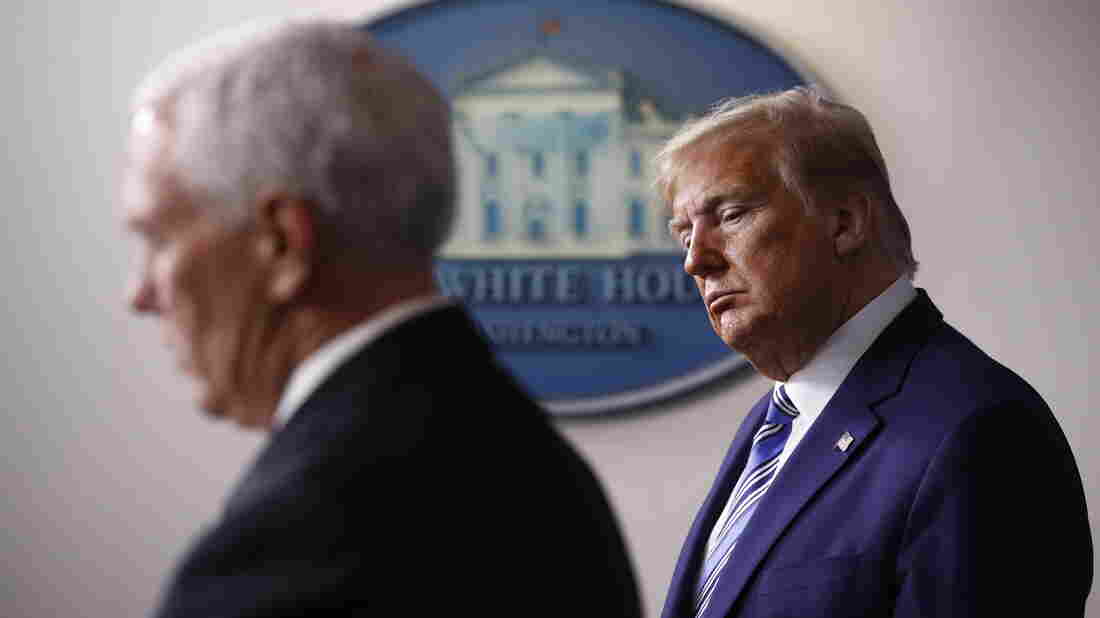 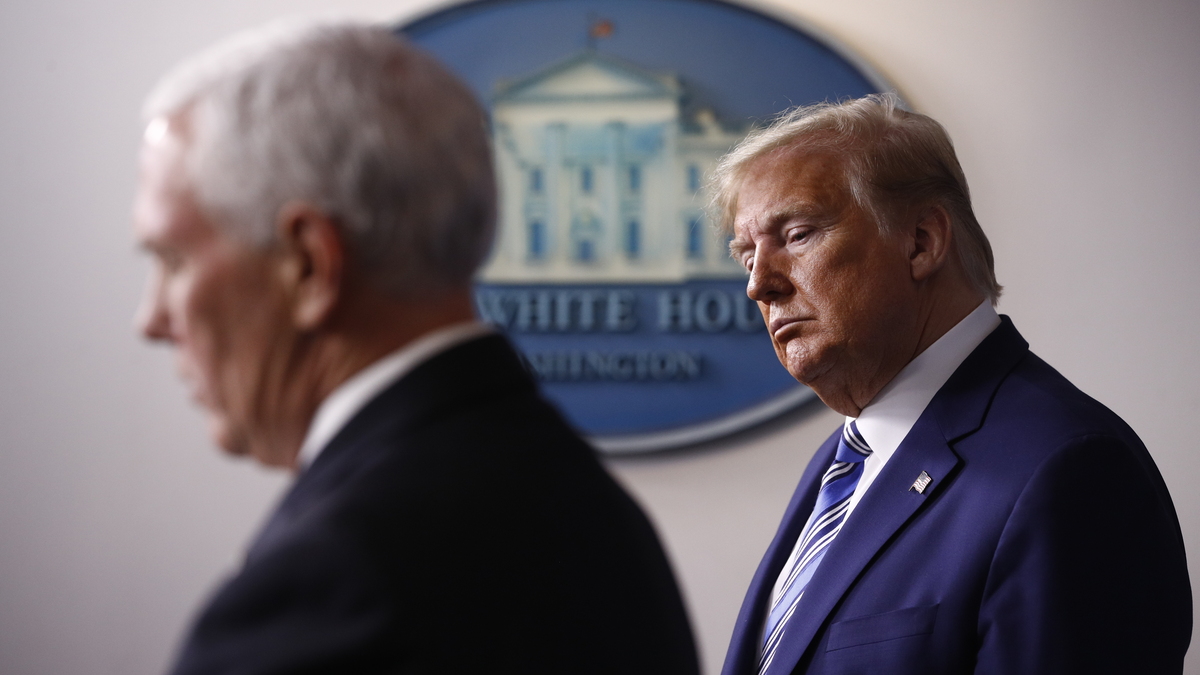 President Trump on Thursday dismissed complaints from a former aide to the White House coronavirus task force as coming from a disgruntled staffer who had been dismissed with cause.

The aide, Olivia Troye, had worked for Vice President Pence for two years, as a special adviser for homeland security and counterterrorism issues. On Thursday, the anti-Trump group Republican Voters Against Trump featured Troye in a new online attack ad. She said Trump's biggest concern about the coronavirus had been how it would affect his reelection and said that he didn't care about people getting sick. She said she was a lifelong Republican who would vote for Biden.

Trump told reporters Troye was "some kind of a lower-level person" and said he doesn't remember meeting her or talking to her. "She was terminated. They didn't want her," Trump said. NPR reached out to Troye through Republican Voters Against Trump, but she did not immediately respond to a request for comment.

Pence told reporters: "It reads to me like one more disgruntled employee that has decided to play politics during an election year."

The White House released a letter that Troye sent to task force members and White House staff on her departure where she praised her colleagues for their dedication and work on fighting the pandemic, saying their commitment was "an inspiration to me and Americans across the nation."

"Supporting the Vice President in leading all of you on this effort has been the experience of a lifetime," she said in the letter. She did not mention Trump.

In a statement, Lt. Gen. Keith Kellogg, national security adviser to the vice president, said Troye "is disgruntled that her detail was cut short because she was no longer capable of keeping up with her day-to-day duties."

"Ms. Troye directly reported to me, and never once during her detail did she ever express any concern regarding the Administration's response to the Coronavirus to anyone in her chain of command. By not expressing her concerns, she demonstrated an incredible lack of moral courage."