Accessibility links
'The Devil All The Time' Review: Everyone's A Sinner In Unnerving Film The Netflix adaptation of Donald Ray Pollock's novel is grim in ways that can be both exciting and wearying: so many twists and betrayals, so many awful characters, so many horrific acts of violence. 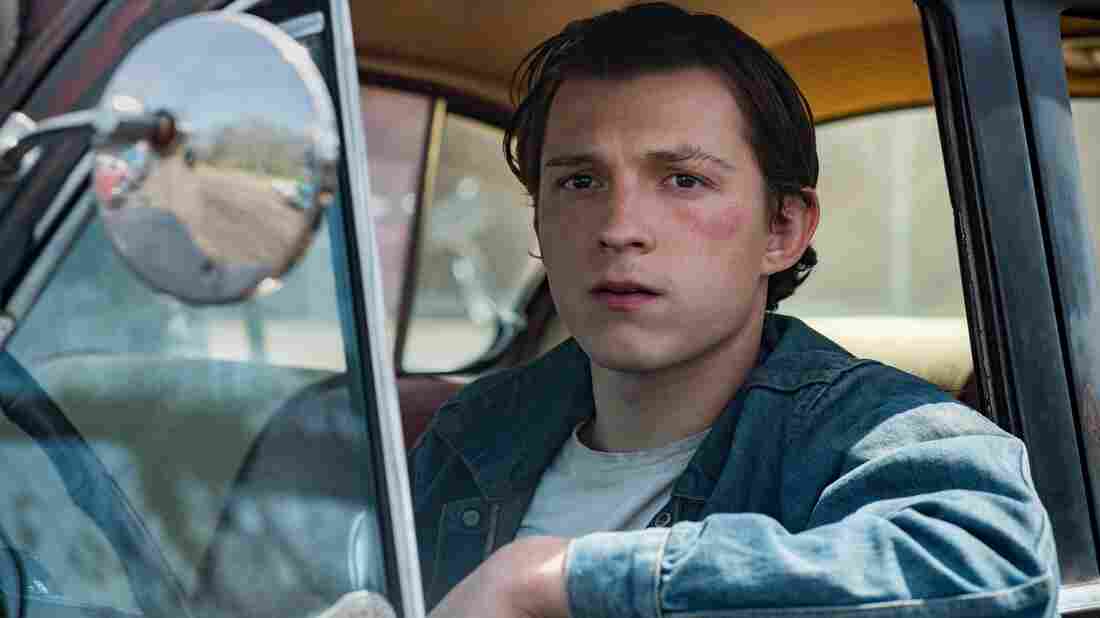 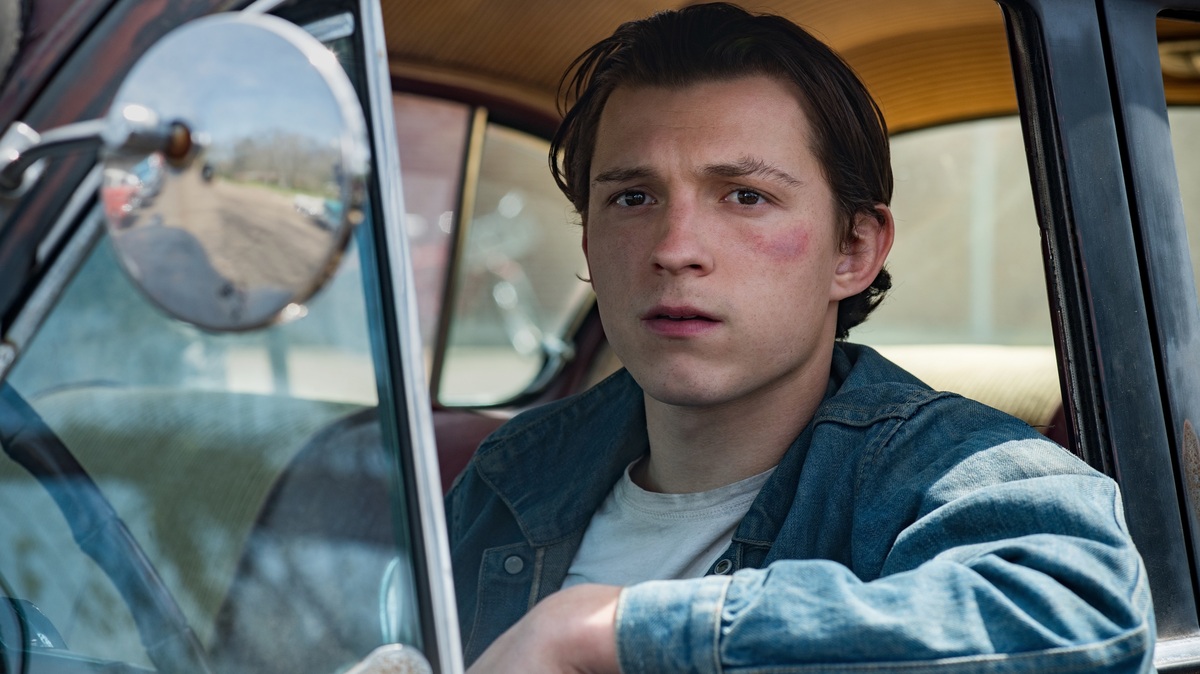 Tom Holland plays Arvin, a young man who refuses to let evil go unpunished in The Devil All the Time.

The Devil All the Time, now streaming on Netflix, has enough awful characters, festering secrets and dead bodies to furnish a whole TV series, though I'm not sure I'd want to see a longer version of this story. The movie is based on a densely plotted 2011 novel by the Ohio-born author Donald Ray Pollock, and it's grim in ways that can be both exciting and a little wearying: so many twists and betrayals, so many horrific acts of violence.

I was never bored over the course of the movie's two-hour-plus running time. But after a while, I felt that I wasn't watching a complex drama so much as an elaborate thesis about the banality of evil and the abuse of power — especially in patches of blue-collar America where evangelical Christianity holds sway.

That might make The Devil All the Time sound as though it touches on the present, but it takes place in the past, mainly the 1950s and '60s. The script, co-written by the director Antonio Campos and his brother, Paulo Campos, first introduces us to a man named Willard Russell, played by Bill Skarsgård. He lives in a small Ohio paper-mill town called Knockemstiff. The traumas that Willard experienced as a soldier during World War II have given him a powerful if sometimes disturbing set of religious convictions: Willard believes that he can influence God's will, if he just prays hard enough and performs the occasional blood sacrifice, like shooting the family dog.

One of the heavier themes of The Devil All the Time is the way sin and trauma are often handed down from one generation to the next. And so Willard passes his violence along to his 9-year-old son, Arvin. After his father dies tragically, Arvin is sent to live in West Virginia with his grandmother and an adopted stepsister, Lenora.

Years later, Arvin and Lenora are both teenagers, played by Tom Holland of the Spider-Man movies and Eliza Scanlen. Lenora, a sweet young woman, is relentlessly harassed by the young men at her school. One day, Arvin tries to fight them off and is brutally beaten up.

Arvin has a good heart but a fierce temper, and he refuses to let evil go unpunished. And it's no accident that most of the evil deeds in this movie are committed by men in positions of authority, especially religious authority. Harry Melling plays an oily preacher whose sermons are full of fire and brimstone, and who becomes obsessed with the idea that he can bring the dead back to life — even if he has to kill somebody first to prove it. Years later, another Scripture-spouting charlatan shows up: a sinister minister who goes by the flamboyant name of Preston Teagardin, and who is played with equal flamboyance by Robert Pattinson.

There are a lot of other nasty customers prowling around the edges of this movie, including a corrupt local sheriff, played by Sebastian Stan, and a devious married couple (Jason Clarke and Riley Keough) who like to pick up hitchhikers and have their twisted way with them.

Everyone's a sinner in The Devil All the Time, and with very few exceptions, nearly every character is either predator or prey. That brutally pessimistic view of the world is nothing new for the gifted director Antonio Campos, whose previous movies include Afterschool and Christine — disturbing psychological dramas that were also sharp critiques of technology and media and their power over a mass audience.

In The Devil All the Time, the only mass media of note is religion. It's what connects everyone and controls everyone, even those who try to exploit it to their advantage. As a person of Christian faith who shares Campos' skepticism about the manipulations of organized religion, I often found myself nodding in agreement. I also found the movie ultimately repetitive in its grisliness, and simplistic in some of the ways that it accuses religion of being.

What kept me watching was the vigor of the performances and the immersive beauty of Campos' images, which he shot on 35 mm film. Most of all, I enjoyed the story's extensive voiceover narration, which is provided by none other than the author of the original novel, Pollock. His dry, sardonic observations bring a rich authenticity to this dark and unnerving story, set in a part of the country he clearly knows well. I wouldn't want to live there all the time, but for a while, at least, he makes it a fascinating place to visit.