Accessibility links
Whistleblowers Allege Secrecy At AGMA, Protection Of Powerful They point to a real estate deal that could drain two-thirds of the American Guild of Musical Artists' financial reserves and a secretive, failed deal with disgraced opera star Plácido Domingo. 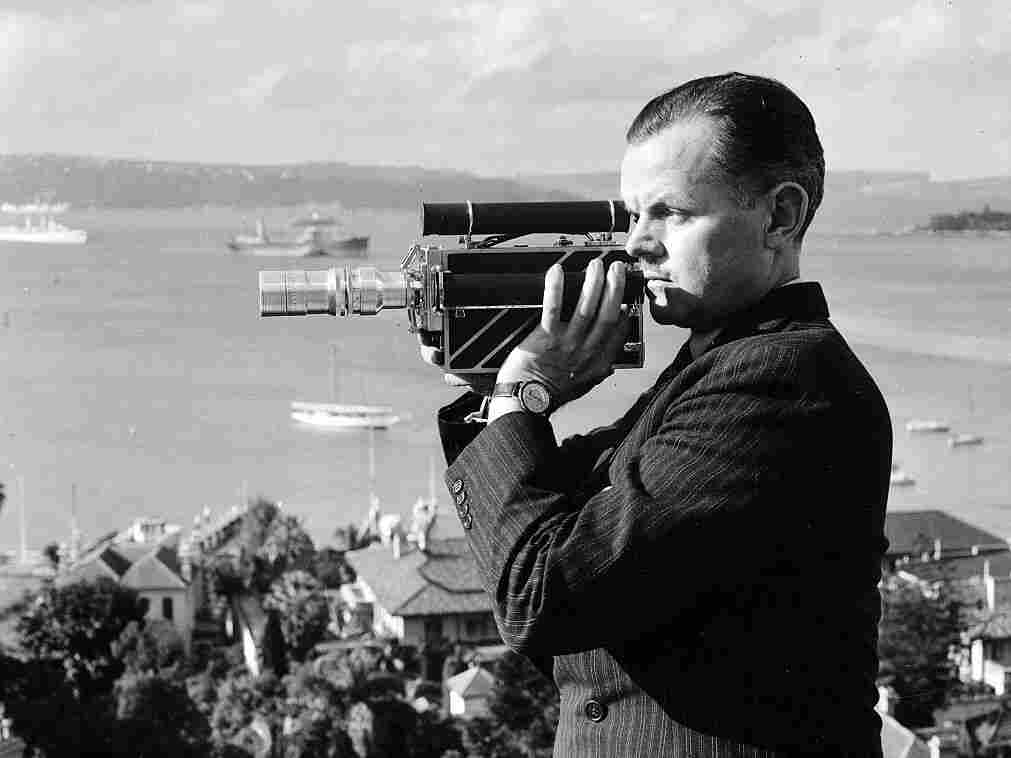 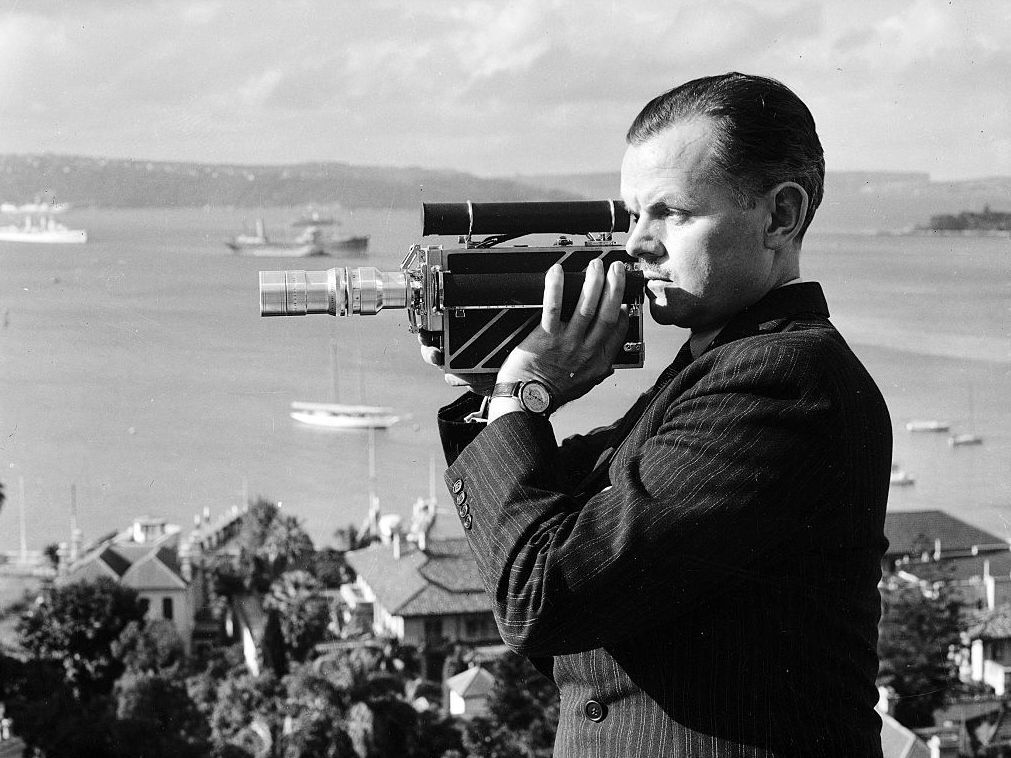 A 1939 portrait of opera singer Lawrence Tibbett, the co-founder and first president of the American Guild of Musical Artists (AGMA).

The American Guild of Musical Artists (AGMA) represents about 7,000 performing artists across the U.S. For more than 80 years, it has been the union for chorus singers, soloists, ballet dancers, production staff and other performers at many of the country's leading arts institutions. Signatory companies include the Metropolitan Opera, American Ballet Theatre, Boston Ballet and Washington National Opera. But critics say that some members of the union's current leadership have cultivated a culture of secrecy which raises questions about financial and employment arrangements that are at odds with the needs of the artists it represents.

In particular, whistleblowers point to a major planned Manhattan real estate deal that could drain the union of as much as two-thirds of its net assets during what has become a financially challenging period; a secretive deal with the opera star Plácido Domingo, which collapsed earlier this year; and a culture in which, they say, a paid position appears to have been created for one of the union's former volunteer leaders.

Documents obtained by NPR show that since at least November 2019, AGMA has been planning to purchase over 12,000 square feet of condo space in Manhattan's Flower District, at 305 7th Avenue. According to union documents obtained by NPR, the cost of the real estate was originally set at $9.4 million — roughly two-thirds of AGMA's net assets, which, as of its 2018 tax filings stood at just over $15 million in total. The union currently rents its office space and officials have not alerted the general membership to this planned purchase, which is scheduled to close at the end of this month.

In an interview conducted Thursday with Egert and Menard, Egert said that the size of the deal had shrunk during the pandemic; the square footage was down to one floor, rather than the originally planned purchase of 1.3 floors. He declined to say what the renegotiated purchase price was, but said that the new price was commensurate with the smaller space.

The documents obtained by NPR related to the planned purchase include a November 2019 motion from AGMA's executive council and its finance and budget committee presenting the idea to the union's 75-member volunteer board of governors, as well as the minutes from an AGMA board of governors' meeting held on Nov. 18.

According to the November 2019 motion, union executives themselves estimated that this real estate deal would chop AGMA's financial reserves down to just $4 to $5 million. Additionally, they noted that the union will need to invest more money in building out the space as offices, purchasing equipment and furniture, as well as other expenses.

Egert and Menard declined to say how much cash would be left in the union's reserves after the purchase, but Menard said that it would be about two years' worth of reserves — far more, he asserted, than that of comparably sized unions.

Because of the coronavirus pandemic, the vast majority of AGMA's membership has been either completely out of work or severely underemployed, due to ongoing closures at performing arts venues and organizations across the U.S. The union's reserves are built on member dues which, in turn, are based on members' incomes. As Menard wrote in a Labor Day 2020 message to the membership: "We were the first to lose our jobs, and will likely be the last to return to work."

While Egert agrees that there will certainly be a loss of membership revenue in this fiscal year, he points to very recent and ongoing negotiations with some signatory companies as an encouraging sign. "We're in the process of negotiating compensation and benefits," Egert says. "Not for full performance seasons, of course, but for partial seasons, for continued health insurance, and so forth."

AGMA also intends to solicit tenants for the new space — despite the fact that as of August, fewer than 10% of workers in New York were back to corporate offices, and a survey of major employers in New York City revealed that more than a quarter of those companies do not yet have a timeline for returning to the office. The union also hopes to bring in its retirement and health funds, which currently maintain separate offices.

Egert notes, "The union's constitution stipulates that we are headquartered in Manhattan," and that he anticipates that employees will be able to return to the office at some point.

He adds that any allegations of financial mismanagement are "wildly off the mark," saying that AGMA is in a "great" financial position right now because of its current and recent leadership.

However, at the November board of governors' meeting, two sources who were present tell NPR that several of the union's elected officials questioned the financial wisdom of the deal — well before the onset of the coronavirus pandemic — but their concerns were reportedly brushed aside.

Those discussions are not detailed in the meeting minutes. But Egert says that the deal was approved "almost unanimously" by the board of governors, and that if the union were to back out, it would lose $1 million per a pre-COVID-19 agreement with the sellers.

"I fully acknowledge that there was debate and disagreement" within the board of governors, Egert observes, "but people still voted overwhelmingly in favor. People can complain in retrospect, but we went through the full process."

In addition to the planned condo purchase, the union's critics point back to a scuttled deal between AGMA and disgraced opera star Plácido Domingo, who has been publicly accused of sexual misconduct by 21 women.

In February, NPR reported that AGMA had tried quietly to arrange a $500,000 settlement between Domingo and the union, after the union completed its own investigation into the allegations against the singer.

The deal fell apart after The Associated Press published some leaked details from the investigators' findings. A now-former senior elected official at AGMA, baritone singer Samuel Schultz, confirmed that he was the source behind the AP's reporting, and that he was one of the sources in NPR's reporting as well. (Schultz resigned from his AGMA position after he came forward as a whistleblower.)

In a Feb. 24, 2020 meeting, AGMA's board of governors was presented with the results of the union's Domingo investigation, which concluded that the famous singer "had, in fact, engaged in inappropriate activity, ranging from flirtation to sexual advances, in and outside of the workplace." At the same meeting, according to minutes which NPR has obtained, the union's executive director, Leonard Egert, "presented a series of proposed measures" that the union would take against Domingo.

According to the minutes, those measures included an unspecified fine, a "lengthy" suspension from the union, mandatory training or coaching (ostensibly for Domingo), and a "sincere" public apology. (The next day, Domingo did offer a public apology but walked it back two days later.)

According to NPR's sources, who were present at that meeting, however, AGMA's board of governors was not informed that the union and Domingo's representatives had already negotiated that settlement deal. Egert says that the sources seem to have fundamentally misunderstood the nature of the presentation, adding: "I was not going to go back and forth between the Domingo's representatives and the board, through all the machinations."

Instead, he says, union negotiators presented to the board what they perceived as the last, best settlement that the singer and his lawyers would accept.

One of the AGMA negotiators was Raymond Menard, the union's president. According to both of NPR's sources who were present at that meeting, Menard took pains to tell the governing board that he was "personally involved" in the negotiations.

Those sources contend that Menard had a direct conflict of interest in the Domingo settlement discussions. Menard's day job is as production stage manager of the Metropolitan Opera — where he has worked since 1987 and where he has frequently worked with Domingo, who sang at the Met for 51 consecutive years and was one of the house's most bankable stars.

Menard says he does not recall making that specific statement to the board. Egert notes, however, that he invited Menard to be part of a conference call with Domingo's representatives during the negotiations.

Egert says, "There was no conflict of interest. Ray [Menard] serves dual functions: one as the union president, and one in his role at the Met." He contends that Menard was part of the Domingo discussion fully as an AGMA representative, whom Egert invited in order to have another union voice present.

One of NPR's sources says that, at the presentation of the proposed Domingo settlement, the board did not realize that union executives planned to withhold from the public even such basic investigation details as as the number of alleged incidents of inappropriate behavior or the years they spanned. That withholding of information would seem to protect Domingo, an enormously influential force within the opera world, more than the alleged victims and witnesses.

Egert says he can't remember if he specified in that presentation to the board that absolutely no details would be shared, but he says the topic did come up in various committee meetings. As he said to NPR in February, Egert contends that providing any details could pinpoint the accusers' and witnesses' identities.

But in retrospect, Egert and Menard say, they feel it was particularly wise to withhold details of the investigation's findings from the board of governors, given the number of leaks to NPR and other media outlets, including the AP. "People want to read salacious stuff," Menard adds.

NPR's sources describe this secretiveness as "corrupt" — and also as unsurprising within the union's culture, which they say is now built upon protecting its most powerful members — and protecting its own most powerful employees and officials. They point to another incident as illustration: In Feb. 2019, the union's former volunteer president, James Odom, resigned from that position after 12 years, only to assume a newly created paid role at AGMA as its Midwest business representative.

AGMA said that Odom was not available for an interview, citing his participation in ongoing negotiations between the union and a signatory company. But Egert strongly disputes NPR's anonymous sources, saying that Odom's hiring was part of a larger expansion and reorganization of AGMA's employees, which included the creation of three new regional positions across the country, and that the job wasn't created for Odom.

"I canvassed the [Midwest] area for labor professionals," Egert asserts. "Jimmy [Odom] was the perfect candidate — he was the most qualified and uniquely experienced person. He has dealt with our membership for 40 years, and he's negotiated for decades. And his hiring went through our personnel committee as well."