Accessibility links
StoryCorps: 'We Do Belong Here': Father Teaches Daughter To Have Black Pride For StoryCorps, Erin Haggerty spoke with her father, George Barlow, about how his words saw her through the tough times she faced as one of the only Black kids in her Iowa City community. 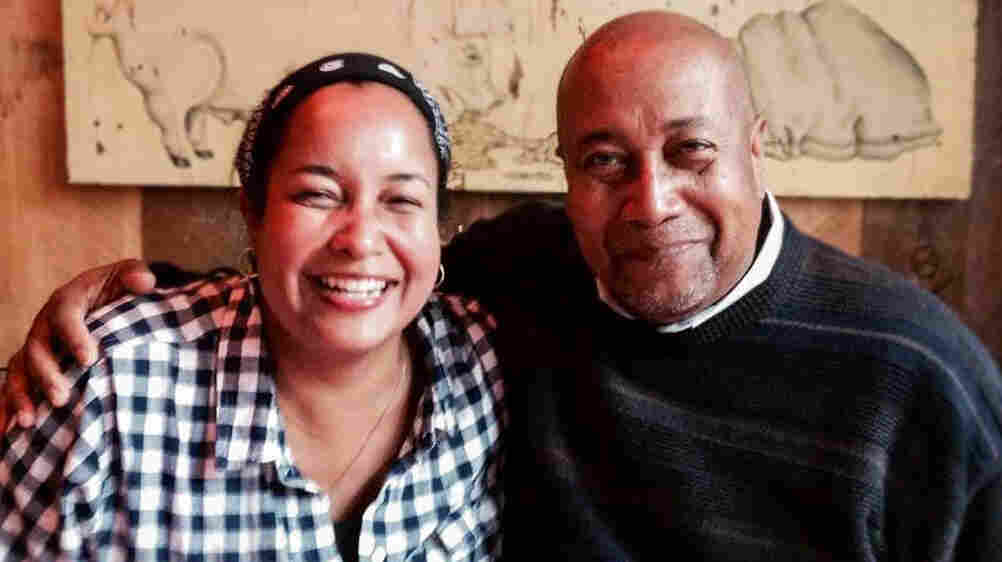 During a remote StoryCorps conversation, Erin Haggerty, left, told her father, George Barlow, how his words saw her through the tough times she faced as one of the only Black kids in her Iowa City community. Courtesy of Erin Haggerty hide caption 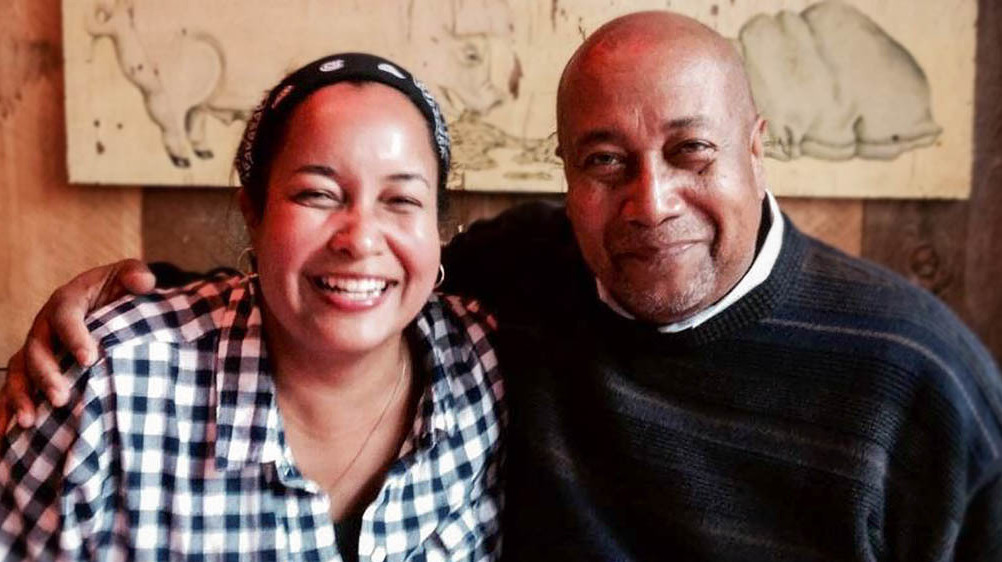 During a remote StoryCorps conversation, Erin Haggerty, left, told her father, George Barlow, how his words saw her through the tough times she faced as one of the only Black kids in her Iowa City community.

When Erin Haggerty moved with her family from Northern California to Iowa, she was about to enter high school as one of the only Black teens living in her community.

She looked forward to the change in scenery. They first visited Iowa City during winter, when the small town was blanketed in snow.

"There was just so much open sky and everything was covered in white. It was really beautiful," Haggerty, now 48, told her father George Barlow, 72, during a StoryCorps interview last month.

Although it was a friendly community, she remembered experiencing racism that lied beneath the surface. Her father's affirming words helped her get through those difficult times.

"One of the things with a place like Iowa City, where the people are really nice is that it has this false sense of security," Haggerty said. "But, when people slip up and you actually see what's behind that veil, or you go to their house and you see a rebel flag on a pillow case, it feels like such a kick in the gut and was really terrifying."

Haggerty was well-liked at school, but she watched as white students often went unchecked for their racist behavior. She also said she faced physical harassment from her peers. One thing that stuck with her was how people were always trying to touch her hair. 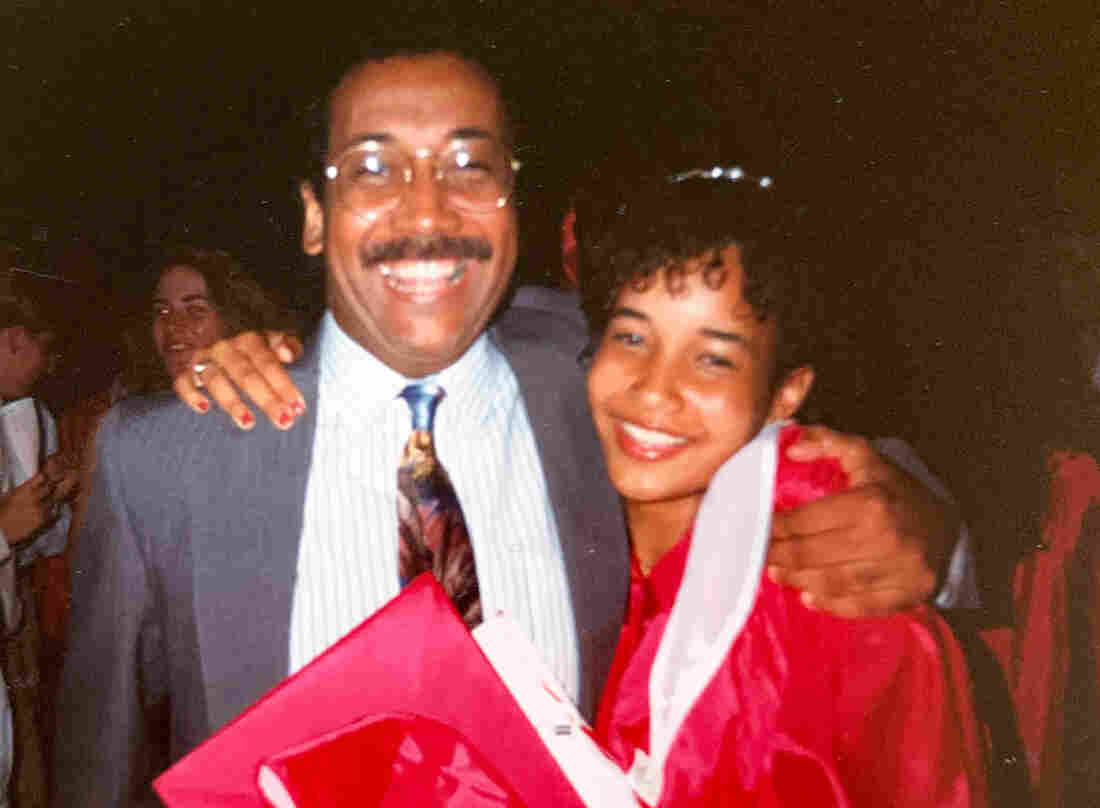 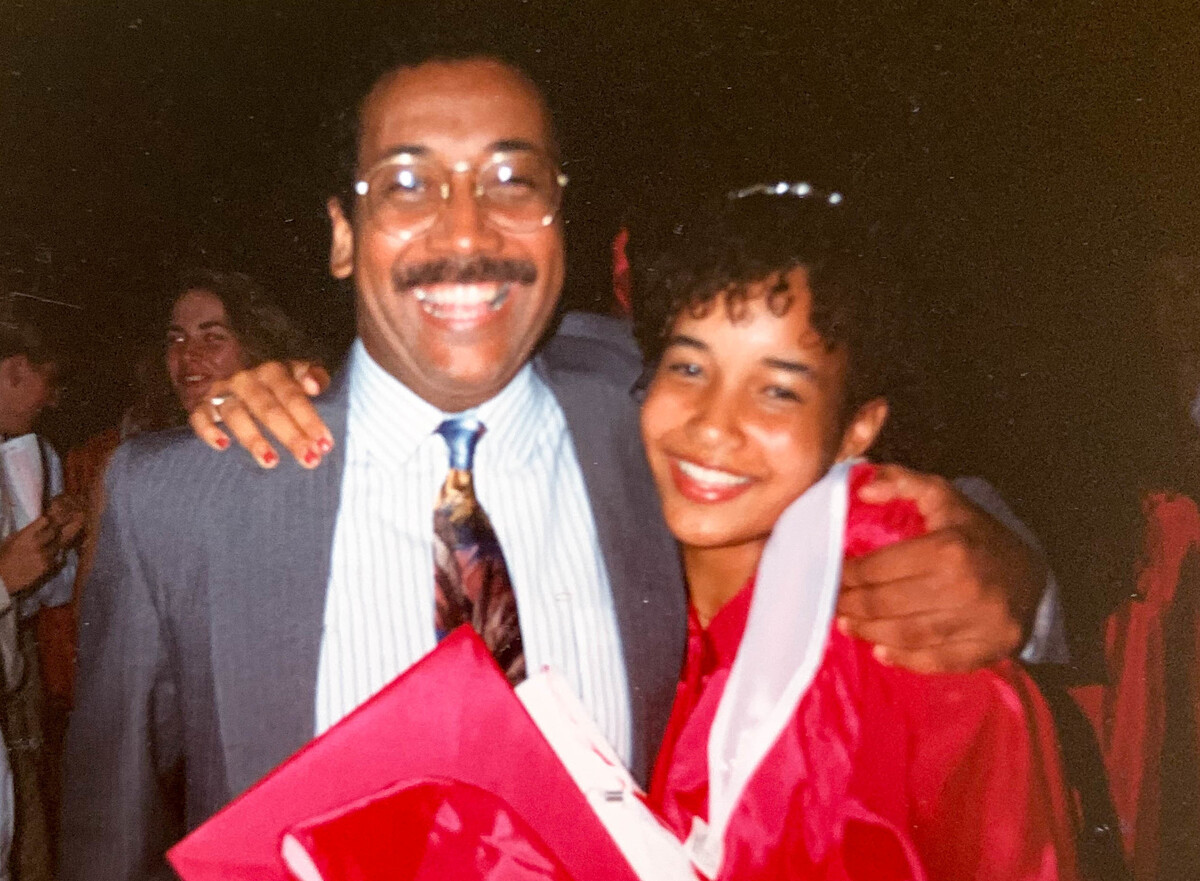 After sitting through a school assembly one day, Haggerty recalled realizing that someone had stuck a bunch of staples in her hair.

"It took me so long to get it out," she said. "I was just mortified, and so deeply hurt because I knew all the people sitting around me but no one stopped them. No one said, 'Hey, someone's putting staples in your hair,' you know?"

Her dad said he had been unaware that she was enduring that kind of harassment.

"That is abuse," Barlow told her. "I think I was just so happy that I didn't have to worry about you being shot at or chased down the street."

Back then, he said he'd been so focused on protecting his daughter from more overt forms of racism he experienced as a child, that he missed the covert racism she regularly faced.

As a kid, Barlow recounted the walks home from elementary school through white neighborhoods.

"Some of us, walking home, would walk across just the corner of these lawns as a shortcut," he said. "I didn't realize that we were actually stepping on these white people's property. But they realized it."

"At one point, one couple was sitting on their porch with guns daring us to step on the grass," Barlow said.

Encore: A Black Father Answers Tough Questions From His Son

She and her brother were brought up by their dad to feel proud of being both Black and American.

"You raised us to be hyperaware of our blackness," she told him, "but in that awareness, to really instill in us that we do belong here and that America is our country, anywhere we go belongs to me."

One particular memory, in which she was sitting by a lake with her dad, illustrates that for Haggerty.

"You were just trying to get me to relax because I had my collar buttoned up all the way," she said. "And you just telling me that you don't have to worry about anybody thinking you don't belong here. This is ours too."

"Even now, I hear that in my head. And I was just so lucky to have a father tell me my worth."