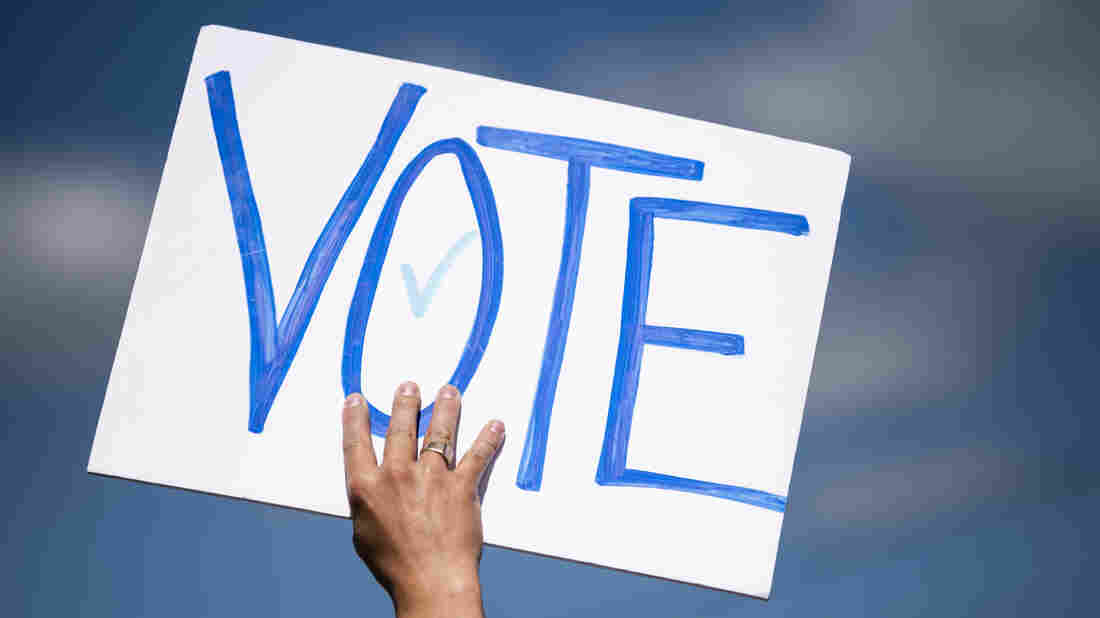 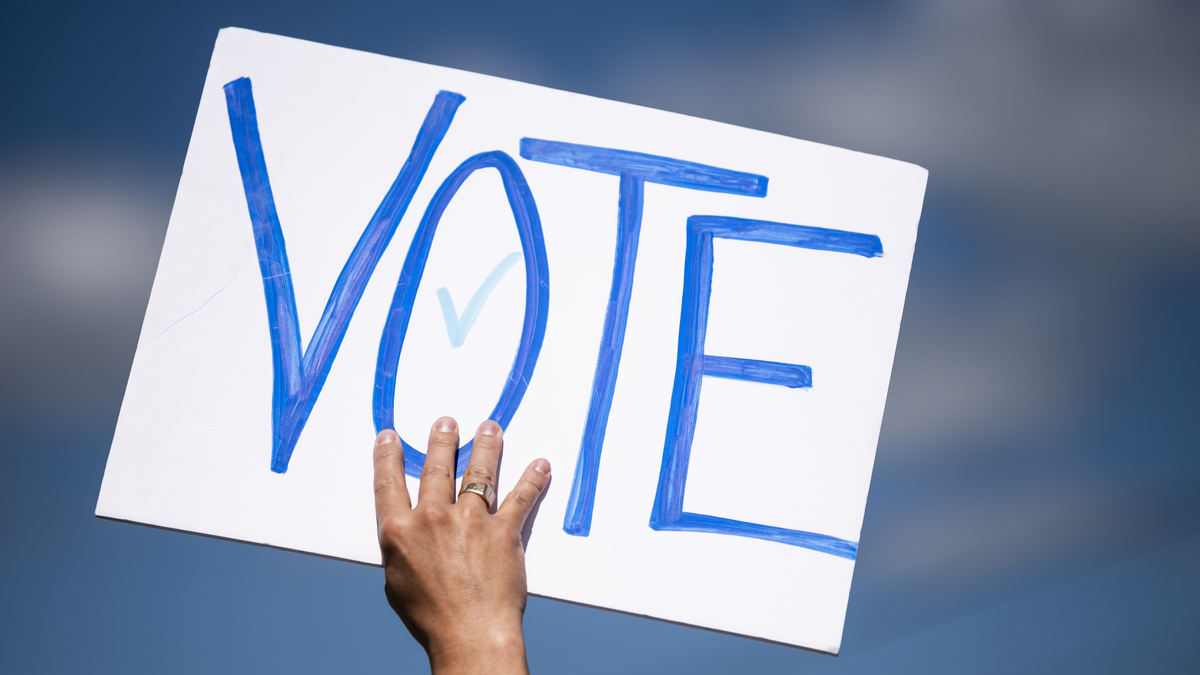 A man holds a sign that says "VOTE" outside Mankato Regional Airport as President Trump makes a campaign stop on Aug. 17 in Mankato, Minn. Both Trump and Democratic nominee Joe Biden visit the state Friday.

Trump plans to hold a rally at an airport in the city of Bemidji on Friday evening. Meanwhile, the former vice president will visit a union training center in Duluth.

The Trump campaign has its eyes on flipping the state, which Hillary Clinton won in 2016 by just under 45,000 votes. Recent polls, however, show Biden with a clear lead. NPR's latest Electoral College analysis lists Minnesota as Lean Democrat.

Minnesota Democratic Gov. Tim Walz has asked both campaigns to follow the state's public health guidelines, including guidance on wearing masks indoors, to slow the spread of the coronavirus.

Trump held an indoor rally Sunday in Nevada that violated that state's rules on gatherings during the pandemic.

A poll out this week from The Washington Post and ABC News found that nearly 40% of Minnesotans plan to vote ahead of Election Day.

Nationally, millions of voters typically cast their ballots early. And because of the coronavirus, many states have altered their voting rules, making it easier for voters to cast ballots ahead of time by mail.

Many election analysts believe that a majority of the electorate will vote by mail or early in person.

Two weeks ago North Carolina became the first state to start mailing out absentee ballots. States are seeing a surge in demand for these ballots, with Georgia officials reporting over 800,000 requests as of Sept. 2, as opposed to the 55,000 they received at that point in 2016.

Nine states and the District of Columbia will send ballots directly to all voters for November's elections, and many more will send absentee ballot applications.

The timing and option of early voting varies from state to state. Early voting will open this month in several states.