Accessibility links
GAO To Review Request For 'Heat Ray,' Use Of Nonlethal Tactics On Protesters The Government Accountability Office, a nonpartisan government watchdog, will review the federal government's use of nonlethal weapons and the tactics it wielded against protesters this summer. 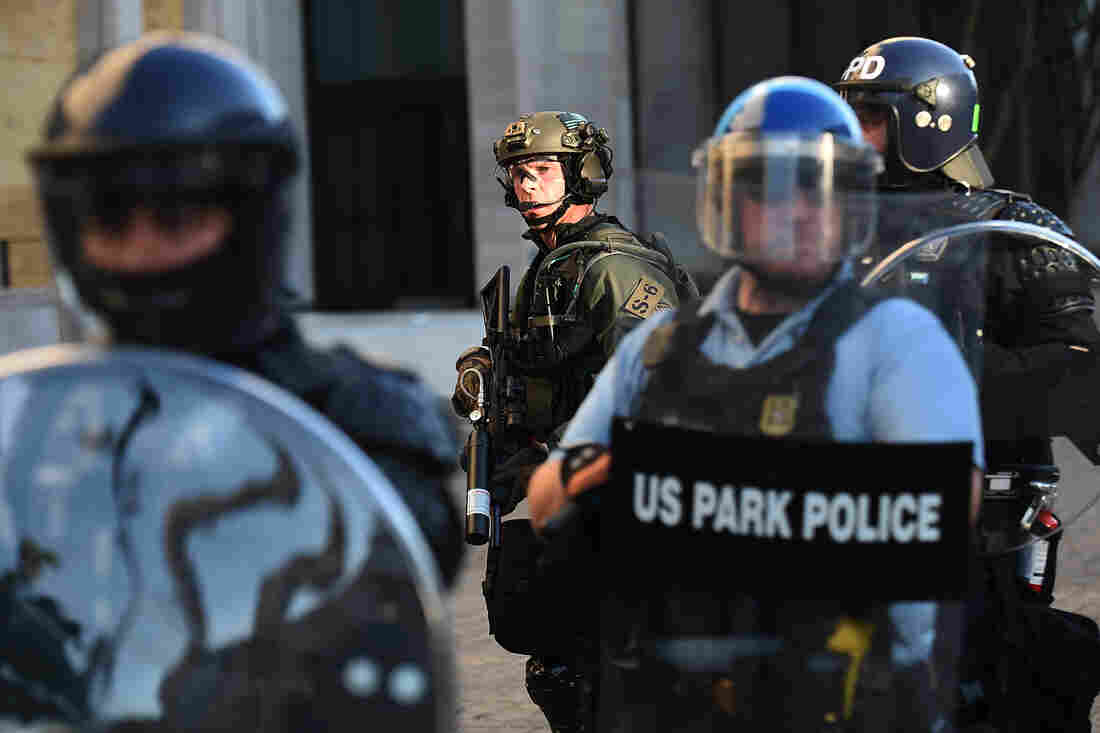 U.S. Park Police and other federal officers hold a perimeter near the White House on June 1 as demonstrators gather to protest the killing of George Floyd. Olivier Douliery/AFP via Getty Images hide caption 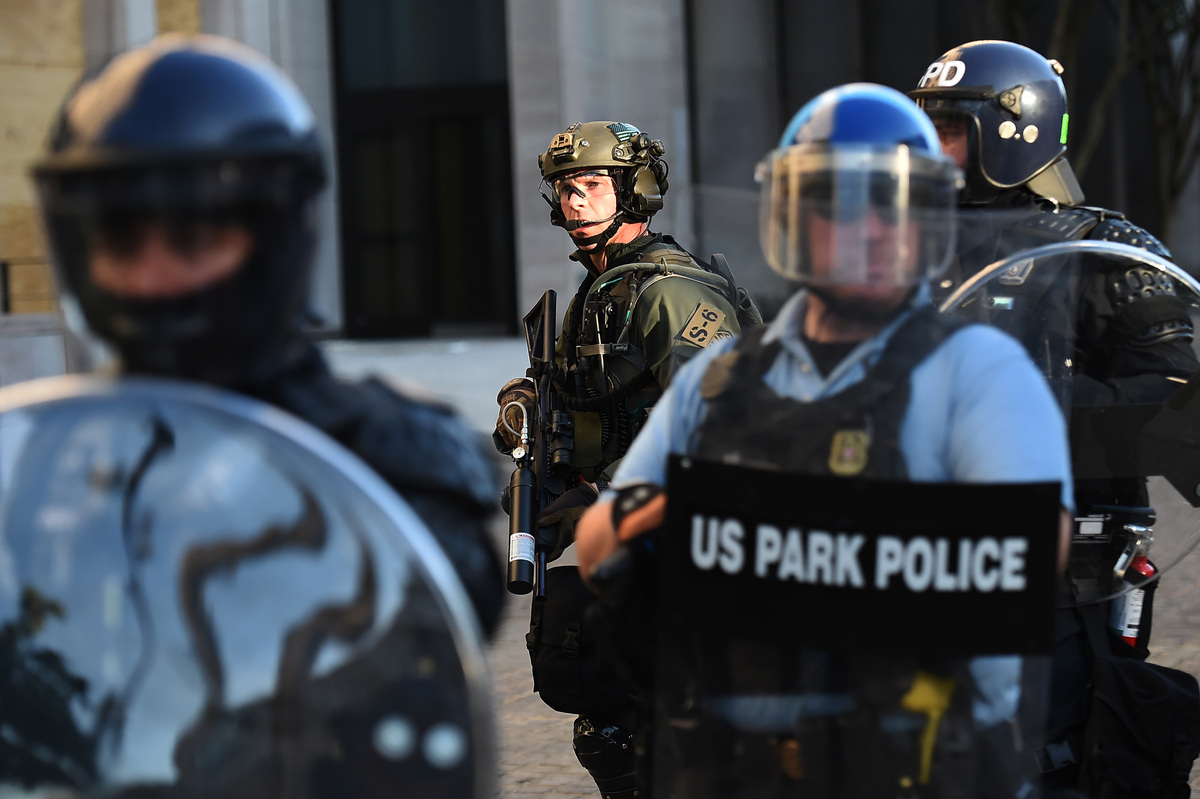 U.S. Park Police and other federal officers hold a perimeter near the White House on June 1 as demonstrators gather to protest the killing of George Floyd.

The Government Accountability Office is investigating the Pentagon's interest in deploying a "heat ray" to control crowds around the White House, part of a broader review of the tactics and use of nonlethal weapons that have been leveled against social justice protesters this summer, NPR has learned.

Sen. Tammy Duckworth, D-Ill., requested the independent review in early June, just days after federal police cleared peaceful protesters from Lafayette Square, outside the White House, with tear gas and smoke. The GAO, a nonpartisan government watchdog, told members of the Senate Armed Services Committee in a June 29 letter obtained by NPR that it would review matters "related to the less-lethal weapons and tactics in response to civil disturbances."

The request has since taken on new urgency in the wake of news first reported by NPR that Washington, D.C.'s top military police officer had been looking for an Active Denial System, or ADS, just hours before federal police cleared the square on June 1.

The ADS is a kind of "heat ray" device that when aimed at an individual gives the sensation of burning skin. A spokesperson for Joint Force Headquarters-National Capital Region confirmed to NPR that the command made the request on June 1, but he said that it came "as a matter of due diligence and prudent military planning" and the command never secured the system.

"I am alarmed by reports that military police considered using a 'heat ray' device — which has never been used aside from testing purposes due to safety concerns," Duckworth, a combat veteran who served in the Reserve Forces for 23 years, said in a written response to questions posed by NPR.

"While I understand that the military must prepare for any possible scenario when planning operations, they must also avoid unnecessary escalation and ensure that their use of 'less-lethal weapons' are appropriate, effective and humane."

The GAO's latest review will likely examine the use of nonlethal weapons across a roster of agencies, including the departments of Homeland Security, Justice and Defense, according to Duckworth's office.

"The work is just getting underway," Chuck Young, managing director of GAO public affairs, told NPR in an email confirming the investigation. "So while we expect to cover numerous agencies, the final scope of what we will cover is still being determined."

The GAO has waded into this space before. In 2009, it looked at the Pentagon's Joint Non-Lethal Weapons Program and found fault with many of the agency's operations, including the way it fielded weapons without properly testing them and its spending decisions on systems that ultimately didn't work.

In the earlier report, the GAO singled out ADS as particularly problematic and wrote that the Department of Defense's "policy for employment of directed-energy NLW [nonlethal weapons] such as the Active Denial System is incomplete."

At the time, the Pentagon seemed torn about the system. The undersecretary for policy appeared to like the idea of a nonlethal weapon such as the ADS but had "deemed the system politically untenable for detainee operations." The report also noted that the Joint Non-Lethal Weapons Program executive agent terminated efforts to deploy the existing Active Denial System overseas in 2008, and was trying to find ways to deploy the system in the United States, possibly at the southern border.

The 2009 GAO report struck a cautionary note about this entire class of weapons. "DOD [Department of Defense] lacks a clear methodology for estimating the human effects of non-lethal weapons," it said.

Duckworth said that's why the GAO needs to do another review.

"These weapons can cause significant injury, including deep bruises, broken bones and respiratory damage even though they are intended to only cause minimal harm," she told NPR. "Use of these weapons should be appropriate, effective and humane, which is why I look forward to working with GAO on this vital oversight to help make sure deficiencies in the training and use of these weapons in real-life situations by federal law enforcement are identified."