Accessibility links
Opinion: Hearing Justice Ginsburg In The Blast Of The Rosh Hashana Shofar NPR's Scott Simon remarks on the death of Supreme Court Justice Ruth Bader Ginsburg, right before Rosh Hashanah, the start of the Jewish New Year, which begins this weekend. 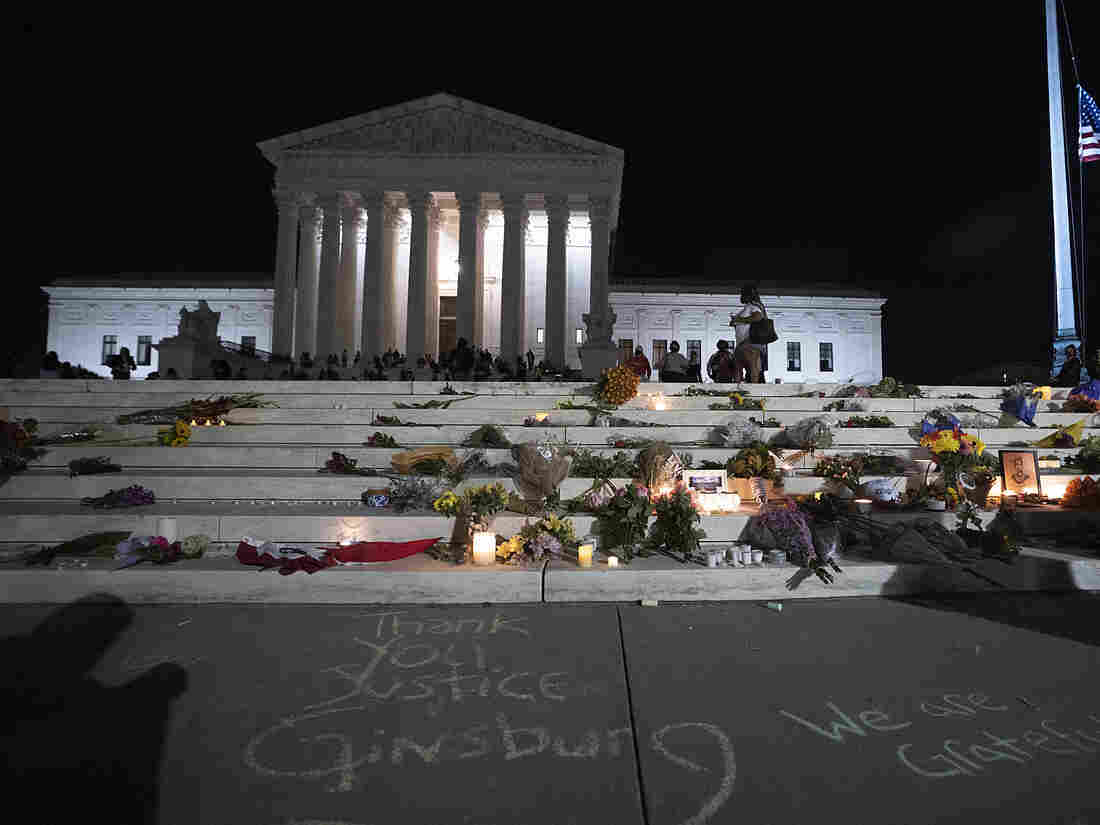 The national flag flies at half staff as people gather to mourn the passing of Supreme Court Justice Ruth Bader Ginsburg at the steps in front of the Supreme Court. Tasos Katopodis/Getty Images hide caption 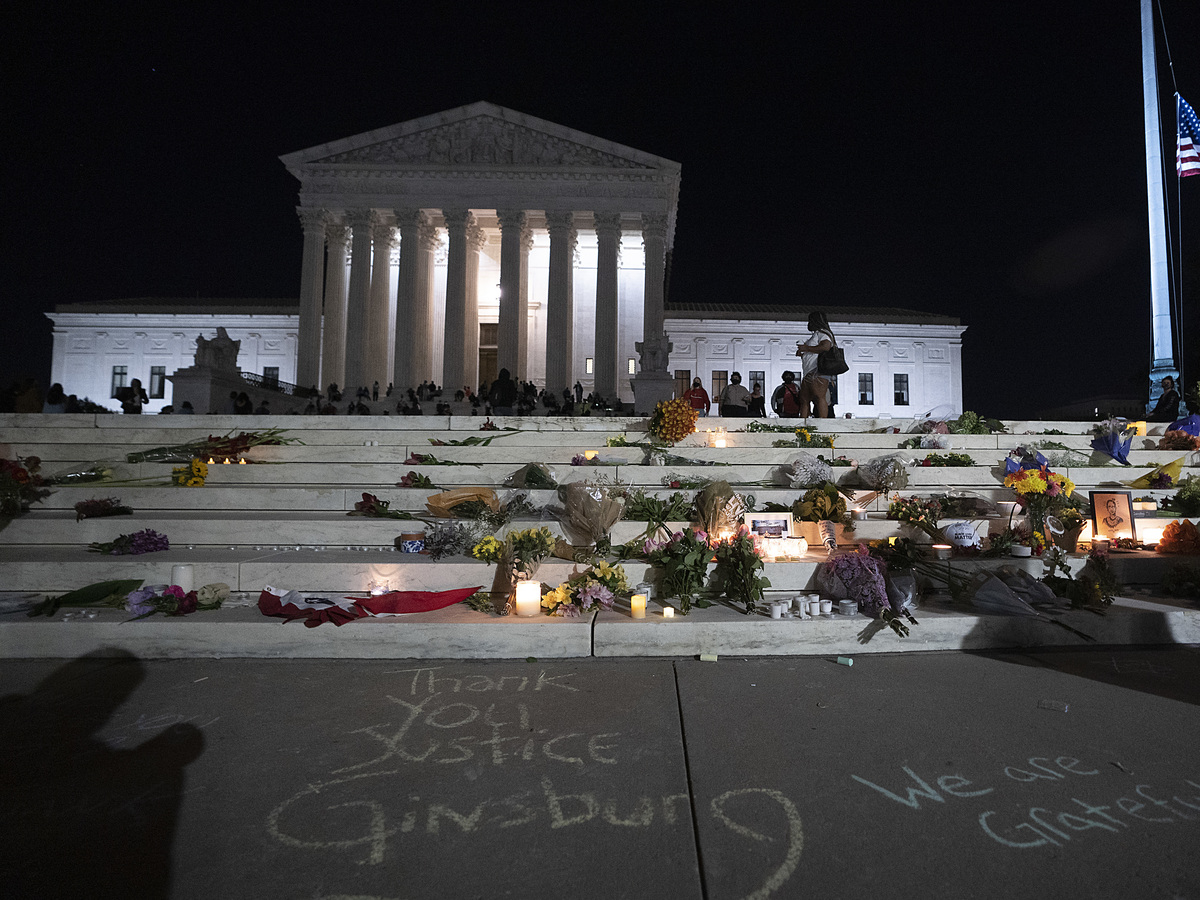 The national flag flies at half staff as people gather to mourn the passing of Supreme Court Justice Ruth Bader Ginsburg at the steps in front of the Supreme Court.

The death of Ruth Bader Ginsburg adds another loss to a year that has already seen so many. 2020 has brought illness, isolation, financial struggles, and overwhelming fear. It's often felt like the hardest year many of us have ever known. And it's still months from being over.

But this weekend also begins 5781: it's Rosh Hashana, the Jewish New Year. And that number – 5781 – may remind us that humanity has suffered other plagues, famines, losses, wars and disasters for centuries before 2020.

The shofar, a hollowed out ram's horn that was an ancient trumpet, is sounded on Rosh Hashana. I found myself convinced last night, as Justice Ginsburg's death was reported, that this year the cry of the shofar horn somehow heralds her passing from this earth and this nation Justice Ginsburg strived so mightily and tirelessly to make more fair and kind.

Just hours before she died, Rabbi Danny Zemel of Temple Micah in Washington, D.C., told us the call of the shofar should remind us that "we are descended from prophets. We have a mandate to speak for those with no voice." It is easy to see, in the light of this first morning of a new year, how Ruth Bader Ginsburg walked in the path of prophets – calling us to pay attention not only to the world around us, but to the corners and people, close and far, we may not have seen clearly, and make them part of our lives too.

Cantor Sarah Sager of the Anshe Chesed Fairmount Temple near Cleveland told us that the last, trilling bleats of the shofar on Rosh Hashana are "an alarm to tell us that the injustices and inequities of our world demand our attention." Ruth Bader Ginsburg paid that attention with her incisive, sharp and extraordinary mind and dauntless heart.

Ruth Bader Ginsburg's death is a loss. But she leaves in a season in which people are called to reflect on life and refresh their sense of purpose in the world. Her memory will be heard in the sound of the shofar this year, calling people to look above, and use their lives' work to lift others.