Accessibility links
Review: 'The Killings At Kingfisher Hill,' By Sophie Hannah The latest installment in the Hercule Poirot franchise — now being written by Sophie Hannah — is a masterful, multilayered puzzle in which Poirot's assistant Inspector Catchpool plays a key role. 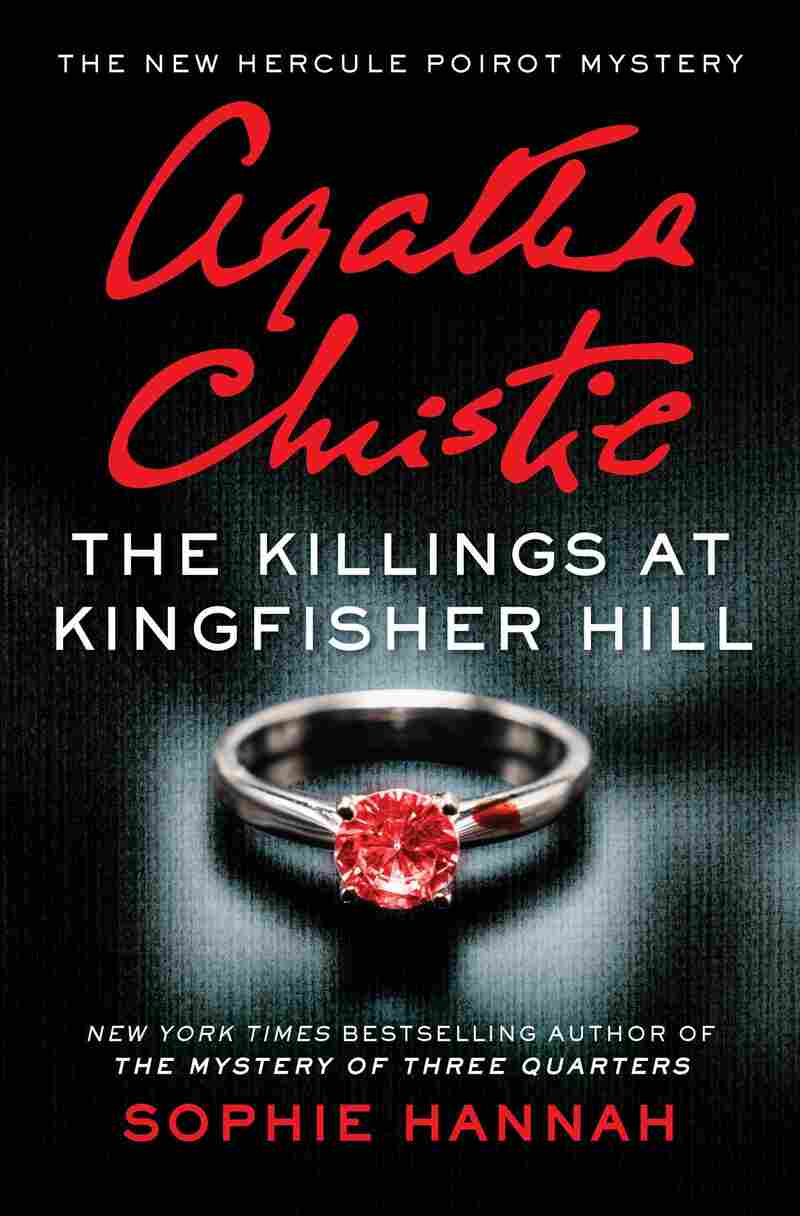 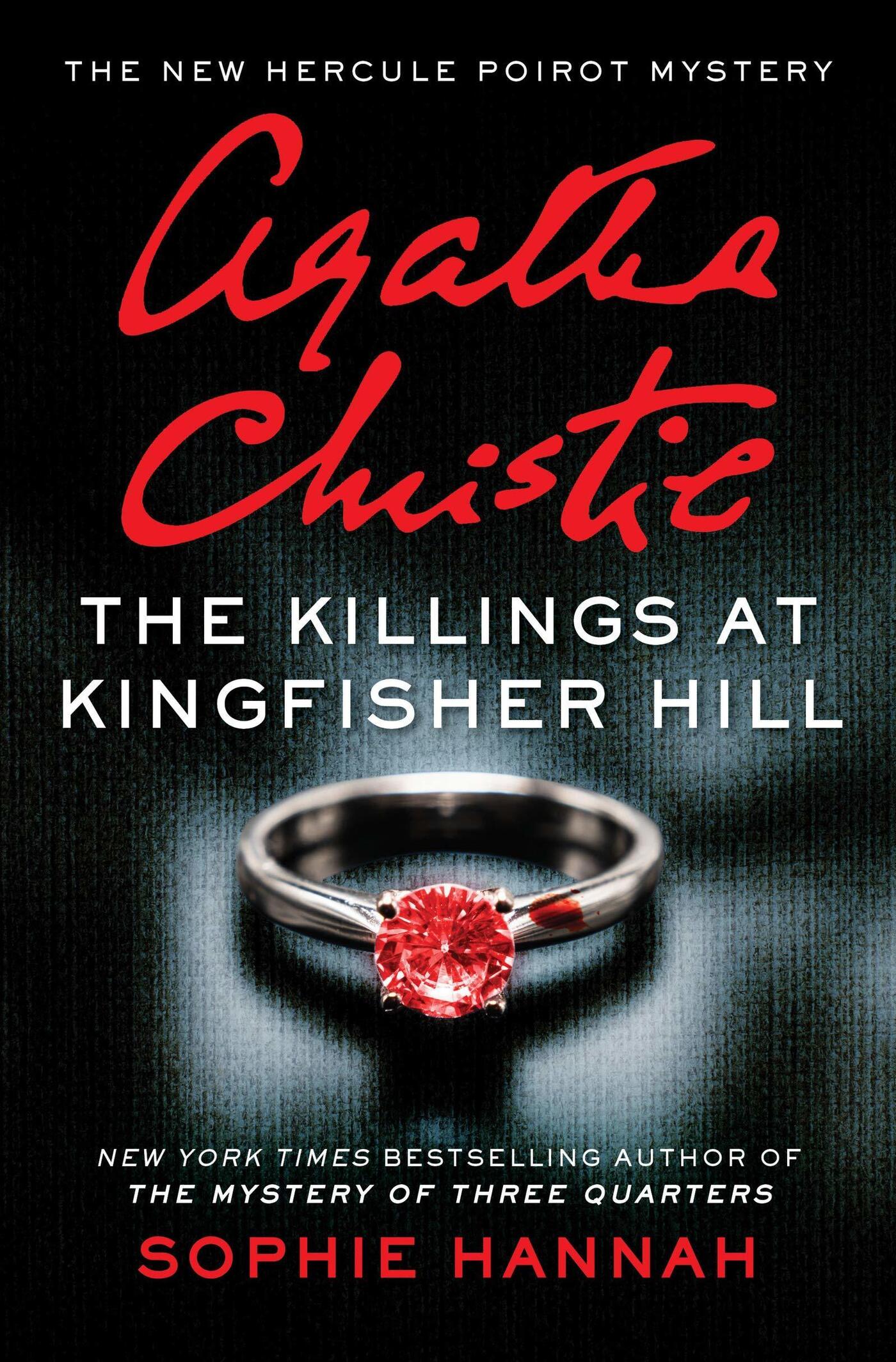 Let me start by saying I mean no disrespect to Hercule Poirot or Miss Marple. They are the lure, there is a reason they get top billing. (And while I have never fantasized about being Poirot, I have more than once wished I was Miss Marple.)

The Killings at Kingfisher Hill is the latest in the Poirot franchise — and it does deserve the name of franchise in the best sense of the word. Crime writer Sophie Hannah has taken over Agatha Christie's pen; this is her fourth Poirot novel. Poirot is as great, if not greater than other superheroes who get franchises — Bruce Wayne, Peter Parker, Harry Potter, Luke Skywalker. Fishlegs Ingerman.

But it is the sidekick in Kingfisher Hill — Scotland Yard's Inspector Edward Catchpool — who deserves your attention. Catchpool is Hannah's creation, and at first glance he is made in the mold of an earlier Poirot sidekick, Captain Hastings. Both are youngish, bland, easy-going; as solid and welcoming as a good piece of toast.

Like Christie's Hastings, Catchpool is a stand in for those of us of subpar intellect — i.e. anyone who isn't Poirot — as we journey alongside the detective through the various stages of the mystery. But I have good news. You are closer than you think. Poirot is gaslighting you.

The book opens with Catchpool and Poirot about to board an alleged luxury touring bus that will deliver them to a famed 900-acre estate in the country (really a gated community) called Kingfisher Hill. Poirot has not yet told Catchpool the purpose behind the journey, and our sidekick is getting tetchy.

Right before they board, Poirot hands him a piece of paper that is ostensibly the reason for their trip. It is instructions to a board game; Poirot has been invited to the house of the game's inventor and they are to masquerade as enthusiasts and potential investors. Catchpool gets even more annoyed. He hates board games — and this one's called Peepers.

If only Poirot had listened, instead of treating Catchpool like a bagged lunch. Would at least one part of the tragedy at Kingfisher Hill have been averted?

Oh, how Poirot likes to toy with Catchpool! This infuriating talk of Peepers unfolds while Catchpool is trying to get to the bottom of a disturbing drama happening among the other passengers. A young woman with "an unfinished face" — her skin is dull and bloodless and her eyes and lips are recessive, retreating — appears to have just suffered a terrible and inexplicable shock. She starts walking around in little circles, talking to herself. Another passenger — seemingly a stranger — loudly berates her for her odd behavior. Catchpool's instincts go on high alert — there's more here than meets the eye, but Poirot ignores him and shoos him to his seat.

If only Poirot had listened, instead of treating Catchpool like a bagged lunch. Would at least one part of the tragedy at Kingfisher Hill have been averted? What Catchpool sees; what he can't pull his attention from is at the heart of the real reason for their journey to Kingfisher Hill.

It turns out Richard Devonport, son of Peepers' inventor, has asked Poirot to clear his fiancée Helen of murder; a murder to which she has confessed and for which she will soon be hanged.

Book News: Was A Belgian Policeman The Real-Life Hercule Poirot?

Ah, but Poirot does not curl his mustaches for this. The victim is Richard Devonport's older, taller, handsomer and braver brother, to whom Helen was engaged — up until the moment she claims she pushed him over the balcony of the family home. Her stated reason for the murder, committed in the entrance hall filled with family and friends — was so that she could marry Richard, whom she willingly describes as looking like "suet pudding." And whom she'd never met until the day of the murder. Devonport then throws down this last bit of catnip: If Poirot accepts the case, he must not mention the murder to any of the family.

Catchpool realizes right away that what he witnessed between the bus passengers must be connected — murder begets murder. And what does he get for this astute observation? Dismissals and insults. Poirot calls him illogical, unreasoning, contrarian, closed-minded. A sloppy-thinking, excitable, slow-witted simpleton who is preoccupied with all the wrong details.

"I do enjoy the way you construct these yarns of yours," Poirot tells him. Catchpool protests, and Poirot replies "I did not intend the word in a derogatory sense." A bully's defense!

And on it goes. We of course believe Poirot — no one is allowed to doubt his mind — and are left believing that Catchpool's theories are wrong; that he is no match for Poirot. And therefore neither are you, because you will find yourself sniffing about the same clues, the same path as Catchpool. By the middle of the book, our young inspector is deflated, frustrated. He wants to go home to a nice dinner — leg of lamb slathered in mint sauce — and we want to go with him.

Catchpool's real flaw: Not an inferior intellect, but an inferiority complex, given to him courtesy of a fussy, impatient and perhaps not very kind Belgian.

If only Catchpool had more confidence! This is what you get upon the second reading. Hannah's clever construction of the mystery becomes clear — the real clues breaking out from the red herrings — and so does Catchpool's real flaw: Not an inferior intellect, but an inferiority complex, given to him courtesy of a fussy, impatient and perhaps not very kind Belgian.

Once you know the end and start again at the beginning you will see that Catchpool is quick, clever — a good detective. He is right, often and early. He can spot a liar a mile off. And you will see the terrible, needless crime perpetuated against him by Poirot; his instincts and insight eroded by doubt.

It's a revelation to discover that Catchpool is more than a device, a surrogate for the reader. His perceptions — which Poirot so often dismisses, only to accept later — are an integral part of the masterful and multi-layered puzzle Hannah has created, adding a new dimension to a much-loved series.

Catchpool is not part of the fog, but as much a beacon as Poirot, if not more so, because he shares his thoughts with us as they come to him. There's no rounding up everyone into a room with a murderer to make patronizing pronouncements. Because really, isn't that the last thing a person would want? To be in the same room as a murderer at the moment they've finally been caught?