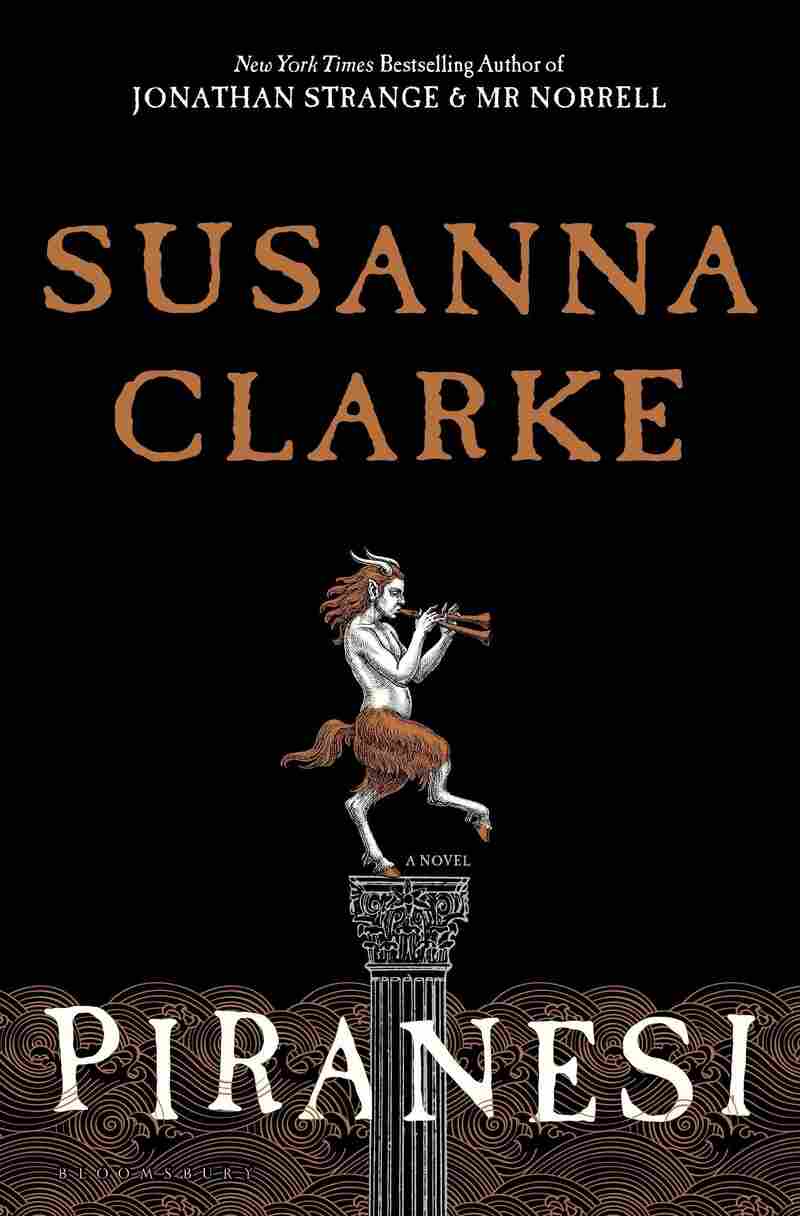 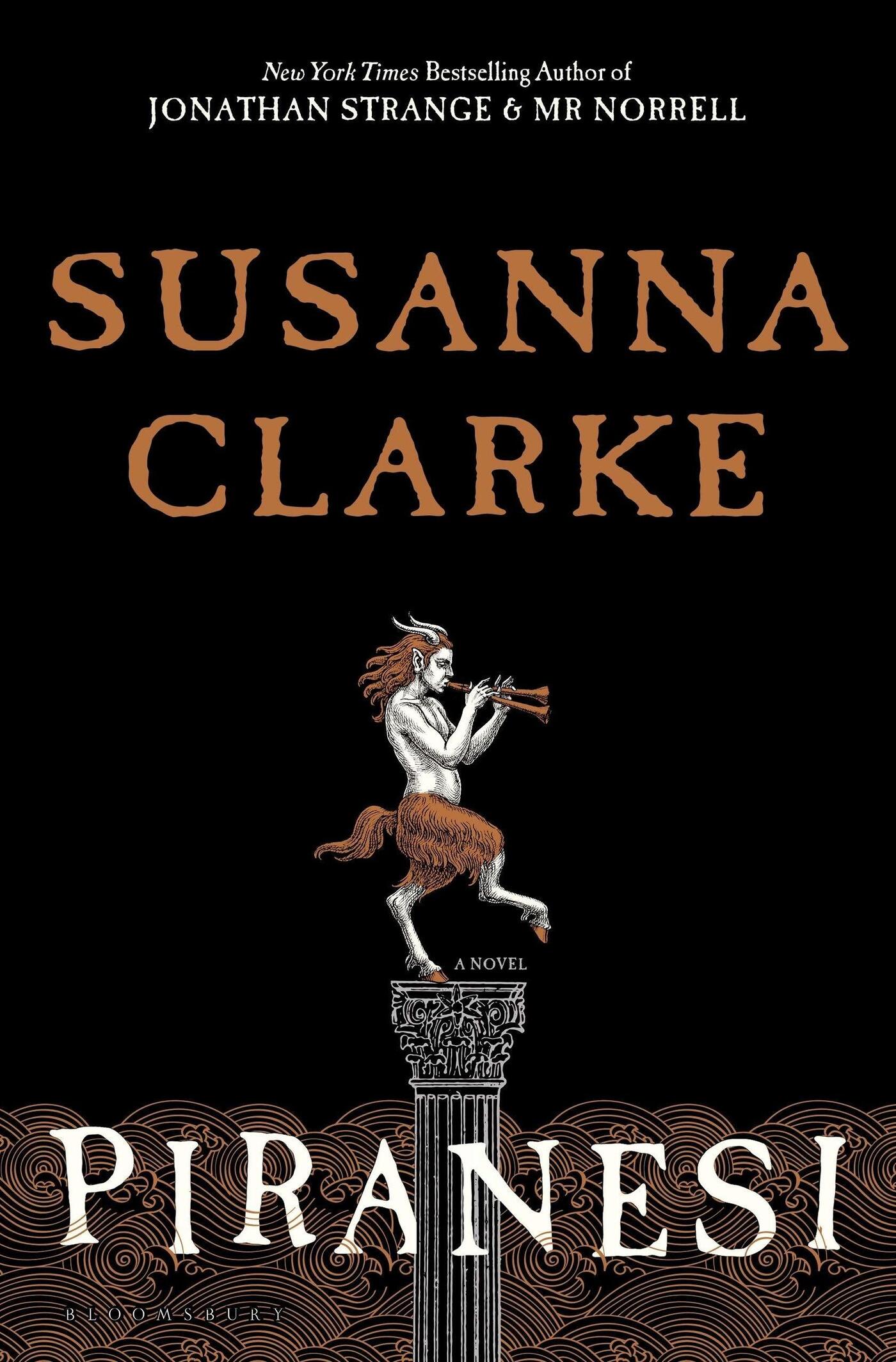 In her new novel Piranesi, British writer Susanna Clarke limns a magic far more intrinsic than the kind commanded through spells; a magic that is seemingly part of the fabric of the universe and as powerful as a cosmic engine — yet fragile nonetheless.

Clarke stunned readers 16 years ago with her mesmerizing tale of magic's return to England in her debut novel, Jonathan Strange & Mr. Norrell. The book became an international bestseller, and was followed by a collection of short stories, The Ladies of Grace Adieu. Then those of us who fell in love with her worlds had a desperately long wait. (Thankfully not nearly as long as those awaiting magic's return in Jonathan Strange.)

Our title character, Piranesi, is another strange fellow. He lives in a world where the words for crisps, biscuits and sausage rolls exist — but the items themselves do not, nor does he seem to think this is odd.

He sees this world as beautiful, and he is filled with rapture as he thinks upon it. It is at first a seemingly small, limited world — but unlike a person stranded on a desert island, Piranesi has no desire for rescue, or even the notion that he should be saved.

The world — he calls it the House — consists of endless classical halls, like an ancient temple. Piranesi has spent years trying to find the last of these connected rooms, even though there are only three floors. Through the windows he has only ever seen courtyards and walls. But above the House, he can see a limitless sky with sun, moon and stars. Unfathomably, an ocean is trapped in the lower floor — the Drowned Halls; its tides and waves come crashing up the stairs.

The halls are in various states of decay and perfection. Many are filled with statues held in niches or on plinths, though some statues emerge straight from the wall, as if struggling to be born, he thinks. Piranesi's favorite is a faun, faintly smiling with a finger gently pressed to his lips; Piranesi thinks he means to comfort him. At one point when in distress, Piranesi — who's around 35 years old — flings himself up into the giant faun's arms to be cradled by him.

In moments like this — such as when he clings to a statue of a woman carrying a beehive during a flood not as anchor, but as if the statue, again, were a living thing that could save him — the sweetness, the innocence of Piranesi's love for this world is devastating to read. Clarke's writing is clear, sharp — she can cleave your heart in a few short words. In these brief but gut-wrenchingly tender interactions we are felled by the loneliness Piranesi can't fully grasp. The concept is gone from his mind of what he longs for the most.

Every Tuesday and Friday, Piranesi meets a man he calls the Other. The meetings never last for more than an hour. Unlike the rags Piranesi is dressed in, the bits of shells and fishbones he's tied in his overgrown hair, the Other keeps a trim beard, wears immaculate, well–cut suits, and his fine shoes shine.

The Other sees a very different world. He tells Piranesi in a fit of annoyance, "But there isn't anything powerful. There isn't even anything alive. Just endless dreary rooms all the same, full of decaying figures covered in bird sh**t."

This crossing of realms — the magical and scientific; the mystical and profane — in both Jonathan Strange and Piranesi is an alluring combination. As if Marie Curie meets Cleopatra on Mary Anning's beach. The mystery of Piranesi unwinds at a tantalizing yet lightening-like pace — it's hard not to rush ahead, even when each sentence, each revelation makes you want to linger. We learn how it is that Piranesi knows the words of our world, but lives in another — one where magic still thrives.

What Piranesi calls the House, the Other calls a labyrinth — and it comes with all that word entails. Those who enter will be lost; and so the Other stays close to the front door.

Labyrinths run like an undercurrent in Clarke's first novel, Jonathan Strange. His wife Arabella considers whether to be lost in one might be delightful. Lady Pole responds, "the pleasures of losing oneself in a maze pall very quickly." Both novels explore the concepts of what magic is and our relationship to it. But Piranesi delves more deeply into the labyrinth of self; the title's name comes from an 18th century Italian artist — Giovanni Battista Piranesi — famous for a series of prints of elaborately imagined bridges, stairs and vaults often described as labyrinths. The Venetian artist himself called them "Imaginary Prisons."

But in Piranesi, Clarke seems to ask: Is one always the worse for being lost? What is the real prison?

Humans seek connection and knowledge — but how do we define those quests? How do we approach those paths? Both worlds in this enthralling, transcendent novel come with magic and reason, beauty and warmth, danger and destruction. However ill-gotten, Piranesi has achieved an equilibrium, a delicate peace with the contradictions of pain and love. How do we do the same? How do we bear the pain of our limits, and what must we give up to survive?