Accessibility links
Reimagining The James Baldwin And William F. Buckley Debate In 1965, the two intellectuals debated whether the American dream "is at the expense of the American Negro." The Atlantic's David Frum and Harvard's Khalil Muhammad are now revisiting the idea. 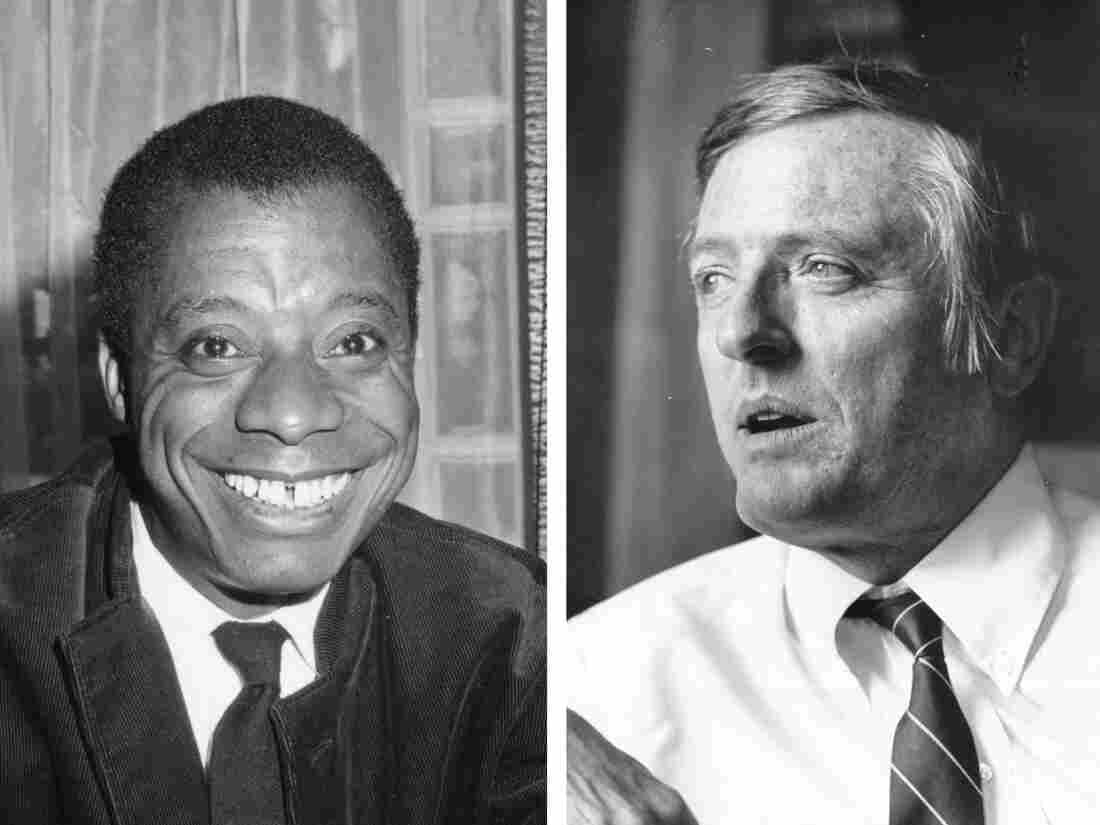 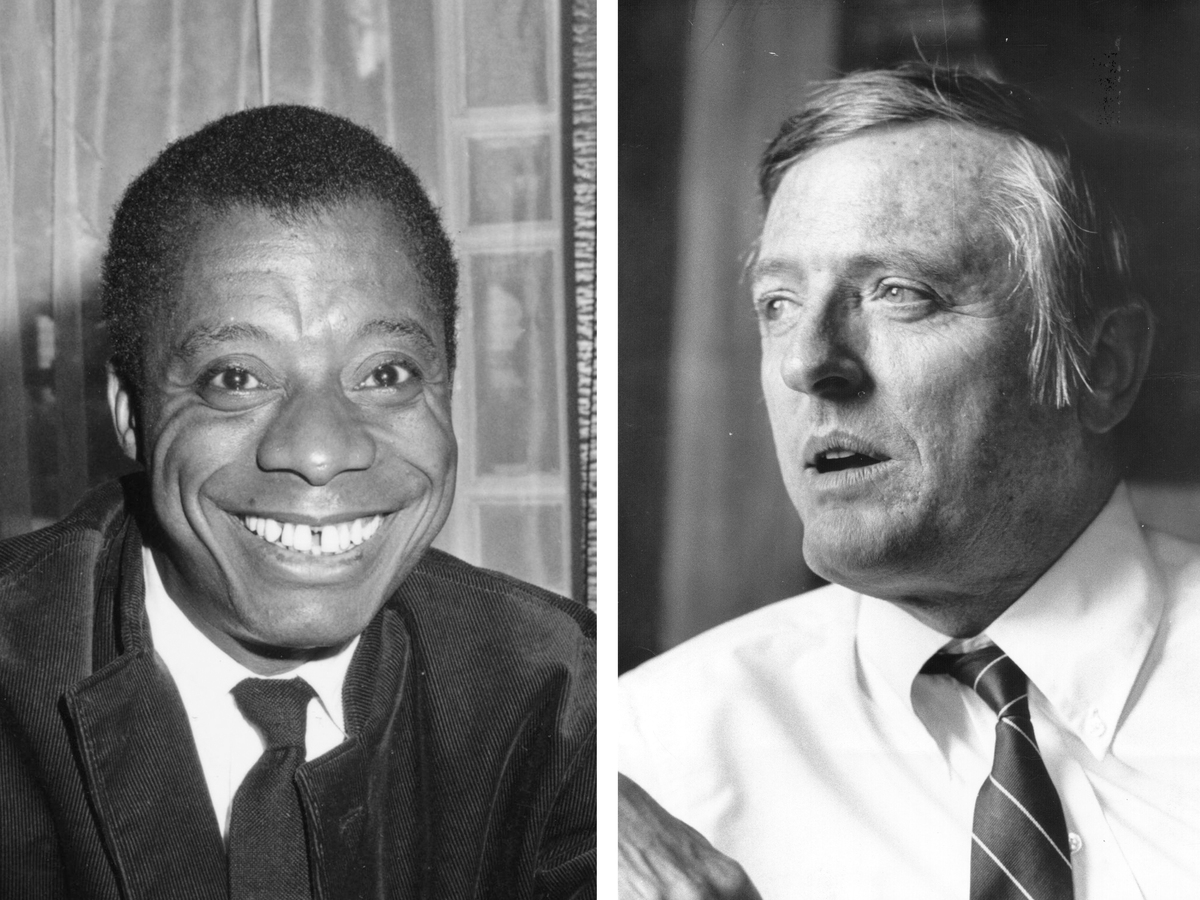 In February 1965, two of America's most towering public intellectuals faced off at the University of Cambridge in England. They were there to debate the proposition: "The American Dream is at the expense of the American Negro."

Novelist and essayist James Baldwin argued in favor. He did so by pointing to the experience of the Black man in America. He said the legacy of slavery and white supremacy had in effect "destroy[ed] his sense of reality." Black fathers have no authority over their sons, Baldwin said, because a Black boy's "father has no power in the world."

"There is scarcely any hope for the American dream," Baldwin said, "because the people who are denied participation in it, by their very presence, will wreck it."

William F. Buckley, founder of the conservative National Review, argued the opposing side. Buckley acknowledged certain injustices of racism and discrimination, but said Black people needed to do more to improve their own conditions.

"We must also reach through to the Negro people and tell them that their best chances are in a mobile society," Buckley said. "The most mobile society in the world is the United States of America. And it is precisely that mobility which will give opportunities to the Negroes which they must be encouraged to take."

More than a half century later, their debate is being reargued, or "reimagined," on Sunday night by two modern accomplished thinkers: Harvard University professor Khalil Muhammad and David Frum, who writes for The Atlantic.

Their debate — part of the March on Washington Film Festival — is being held under the updated motion: "The American Dream Is Still at the Expense of African Americans."

Baldwin and Buckley debated at a time when many Black Americans were effectively being denied the right to vote. Just weeks after the debate, civil rights marchers, including future congressman John Lewis, were bloodied by Alabama state troopers on the Edmund Pettus Bridge in Selma. It wasn't until August of that year that President Johnson signed the Voting Rights Act.

Some 55 years later, the ongoing struggle for equality has manifested itself in nationwide protests against systemic racism and police violence against Black Americans.

Frum, who was a speechwriter for President George W. Bush, tells All Things Considered that he wanted to participate to take stock of this moment in history.

"I think for a lot of us, this is a very heart-in-mouth moment, this fall of 2020. And you can lose perspective that things have been worse," he says.

Muhammad, who is a professor of history, race and public policy at Harvard's Kennedy School, says he wanted the opportunity to "bring Baldwin's voice into greater recognition."

After a summer of protests over racial injustice while Black Americans die of the coronavirus at disproportionate numbers, Muhammad says, "Baldwin's voice as a novelist, as an essayist, as a critic of the hypocrisies of the nation and its core contradictions, speaks to this moment in ways that few other writers can."

Frum argues that in the 55 years since Baldwin and Buckley spoke, "the story of American politics has been the rise of Black political power, Black economic power, Black legal power, Black power in culture." He acknowledges the pessimism Baldwin felt in 1965, but says that now "when you tell people that they are powerless, that America is against them, that they are not part of the country, you don't teach action. You teach passivity."

Muhammad counters that "the story of black people in America, while [Frum's] right, is a story of great political vision and the dogged pursuit of making real the promises of democracy, [Frum] gives far too much credit to the American system as he explains it."

Muhammad instead credits "people who actually challenged at every turn the status quo. ... I completely reject the notion of despair as the natural outcome of criticizing this country."

Both Frum and Muhammad will speak and be cross-examined by students from the Howard University Debate Team.

The format of the event is a throwback to a time before the advent of social media. While modern political debate often takes place online in short, frenetic bursts, Muhammad thinks it's especially important for students of today to witness a different approach in order to understand the fundamentals of argument.

"In our system of government, you can't 'cancel' someone at the bar of the Supreme Court of justice," he says. "You have to make a case. And so I think that this old, very old format of debate is still as useful today as it's always been in order for people to hear precisely what the ideas are at stake."

Frum says debate is most effective when "people step away from it and they're different than they were before, not only the audience, but the participants."

When the Baldwin/Buckley debate was over, the audience voted: Baldwin won, 544 to 164.