Accessibility links
Trump Officials Release Emails Behind Decision To Shorten Census Curtailing the time for conducting the census in the middle of a pandemic will lead to "fatal data quality flaws that are unacceptable," Census Bureau career officials warned in an internal document. 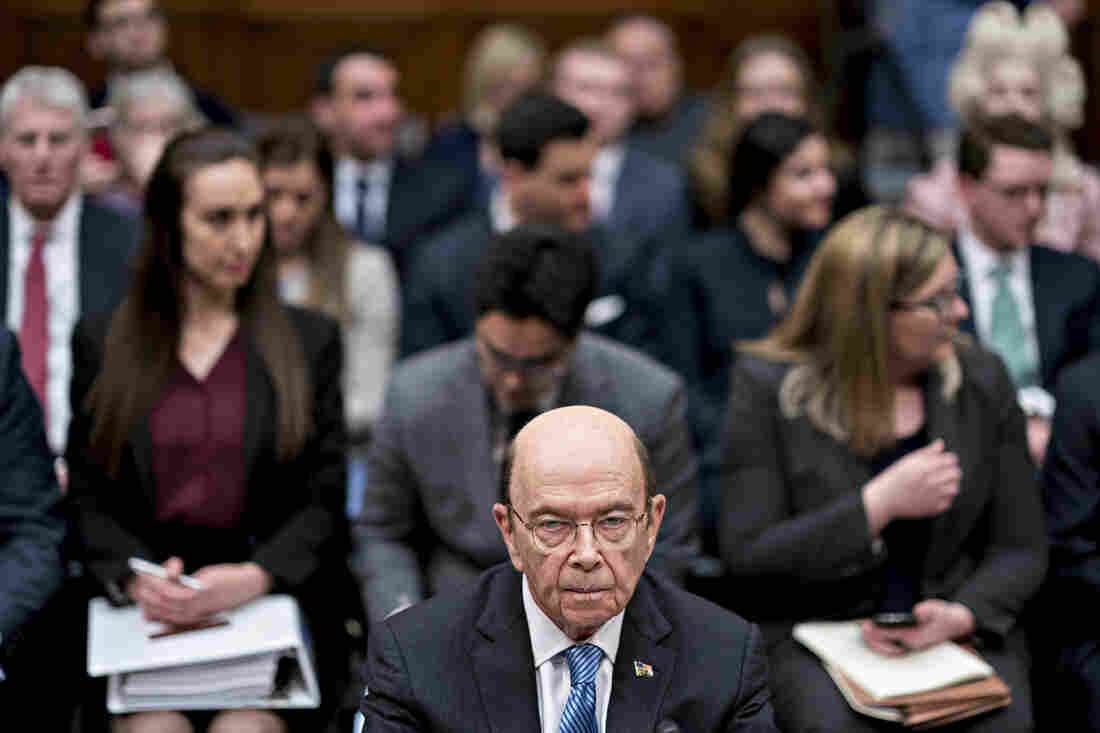 Commerce Secretary Wilbur Ross, who oversees the Census Bureau, waits for a House Oversight and Reform Committee hearing to begin in Washington, D.C., in 2019. In July, Ross directed bureau officials to speed up the 2020 census to end counting a month early, on Sept. 30. Andrew Harrer/Bloomberg via Getty Images hide caption 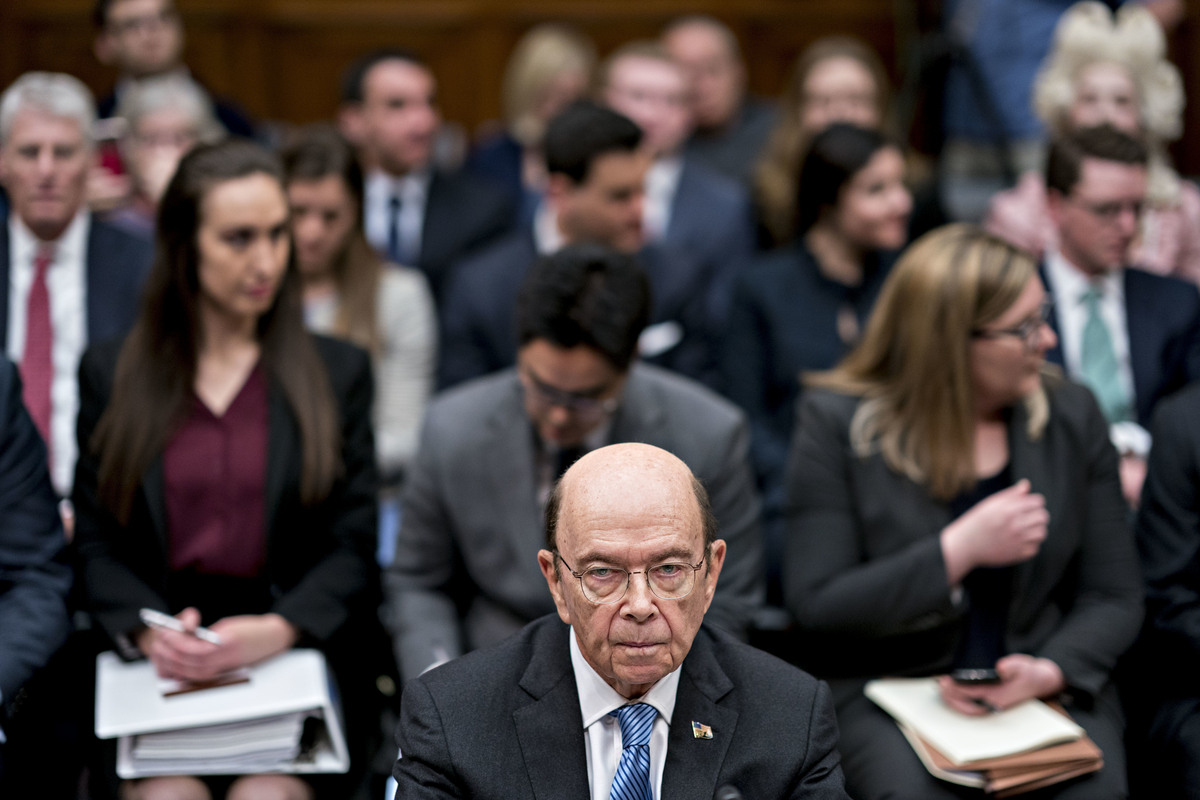 Commerce Secretary Wilbur Ross, who oversees the Census Bureau, waits for a House Oversight and Reform Committee hearing to begin in Washington, D.C., in 2019. In July, Ross directed bureau officials to speed up the 2020 census to end counting a month early, on Sept. 30.

Weeks before the Trump administration announced it was cutting the 2020 census schedule short, career officials at the Census Bureau attempted to send signal flares about how that last-minute decision would lead to "fatal" data problems with the national head count and the perception of "politically-manipulated results."

Internal emails and memos, which were released this weekend as part of a federal lawsuit in California, show career officials trying to hold the integrity of the once-a-decade count together in the last weeks of July amid mounting pressure from the administration to abandon the extended timeline it had previously approved in response to the coronavirus pandemic.

Shortening that schedule, a draft document dated July 23 warned, "will result in a census that has fatal data quality flaws that are unacceptable for a Constitutionally-mandated national activity."

With counting now set to end on Sept. 30, the revelations come shortly before federal courts are expected to decide whether to order the administration to keep tallying the country's residents through Oct. 31.

The administration says it is under pressure to meet the current legal deadline of Dec. 31 for reporting to the president those state population totals that are used to reapportion congressional seats among the states. Justice Department attorneys say the scheduling problem is for Congress to fix, and so far, while some lawmakers have introduced bills, they have not yet passed any new laws.

A hearing before U.S. District Judge Lucy Koh in Northern California is scheduled to take place on Tuesday, the day after another hearing for a similar lawsuit based in Maryland was held Monday.

Last week, the bureau's Census Scientific Advisory Committee unanimously recommended the timeline be extended as the bureau requested to "ensure a successful completion" in a way that's based on "scientific and methodological expertise."

"When the weather isn't right, we postpone the launching of rockets into space," the group of outside experts wrote in their recommendations for the bureau. "The same should be true of the decennial enumeration, the results of which will impact apportionment, redistricting, funding decisions, legal mandates and regulatory uses of decennial Census data over the next decade."

On Monday, the inspector general's office at the Commerce Department, which oversees the bureau, released a report warning of the risks to the accuracy and completeness of the count from speeding up the census schedule.

The inspector general's inquiry, which was prompted in part by NPR's reporting, also concluded that the decision to shorten the timeline was not made by bureau officials, who said they did not know who ultimately made that call. The inquiry has now expanded to include an interview request for Deputy Commerce Secretary Karen Dunn Kelley.

Bureau officials say they felt pressure by mid-July from the Commerce Department to hasten census field operations, according to the inspector general's report. Two officials told the internal watchdog group they think the now-blocked memorandum President Trump issued on July 21 played a role in the shift of the administration's position on whether census deadlines should be extended.

That memo called for unauthorized immigrants to be excluded from the apportionment count, despite the 14th Amendment's requirement to include the "whole number of persons in each state."

In the California-based lawsuit, a coalition led by the National Urban League contends the administration's abrupt decision to end counting early was made arbitrarily in the wake of Trump's memo. The move, the challengers argue, goes against the constitutional mandate to count every person living in the U.S.

In April, Commerce Secretary Wilbur Ross — who oversees the bureau and ultimately directed the agency to truncate the census schedule — asked Congress to push back the census deadlines to "ensure the completeness and accuracy" of this year's count while the bureau tried to work around the disruptions brought on by COVID-19.

According to an email released this weekend, the administration dropped that push by July 20, when the bureau's public position had become so uncertain that its chief financial officer, Ben Page, was not sure how to answer questions from leaders in Congress about whether the agency still needed the reporting deadlines changed.

Days earlier, bureau officials scrambled to prepare for a July 17 phone call with Ross. They enlisted Kathleen Styles, chief of 2020 census communications and stakeholder relations at the bureau, for help with explaining the time the bureau needs to run quality checks on all of the information it's collected this year for the census.

Styles and Page, who are both career officials, eventually circulated separate draft documents with other bureau officials that tried to put plainly, as Styles wrote in an email, "why we need every minute of the requested schedule extension."

The document also flagged the danger of "great skepticism" about the results of the count if the administration were to shorten the schedule after bureau officials had repeatedly emphasized in public the need for more time.

"Census results have always been about confidence - our nation uses census data because people and politicians have confidence in the Census Bureau's ability to produce high quality, impartial data, free from political interference," the document said. "In this sense being seen to produce politically-manipulated results is as much of a danger as low quality data."

Career bureau officials tried to prepare Steven Dillingham, a Trump appointee who is the bureau's current director, to convey the need for deadline extensions to lawmakers during a hearing before the House Oversight and Reform Committee on July 29.

A slide deck for Dillingham's briefing book noted that even though the bureau's methodology for processing census results has been "upgraded with improved current technology," it will not allow the bureau to "meet the statutory deadlines based on projected current field completion dates."

During the Capitol Hill hearing, however, Dillingham ultimately did not answer multiple questions about whether he supports the bureau's original request to extend the census deadlines. Instead, Dillingham told lawmakers that "the Census Bureau and others really want us to proceed as rapidly as possible."

On the same day of the hearing, Ross directed the bureau to come up with a plan to "accelerate" census operations and present it to him on Aug. 3, Al Fontenot, the associate director for the 2020 census, revealed this month in a court filing.

NPR confirmed the following day, July 30, that the bureau had decided to speed up door-knocking efforts in order to finish by Sept. 30, a month earlier than planned.

Meanwhile, despite their recommendations against shortening a census timeline, based on orders from Ross, Fontenot instructed other career officials at the bureau on July 30 to flesh out plans for doing just that.

In emails the next day, Fontenot praised the teams who "sweated and toiled," and Michael Thieme, an assistant director in charge of systems and contracts for the count, noted the "great work under high pressure."

"Now I just wish it were for a more positive situation than what we're facing," Thieme added.