Accessibility links
Bishop Michael Curry Preaches The Power Of Love To Find 'Hope In Troubling Times' The head of the Episcopal Church gave an impassioned sermon at the wedding of Meghan Markle and Prince Harry. Now, Curry expands on his message of love in a new book, Love is the Way. 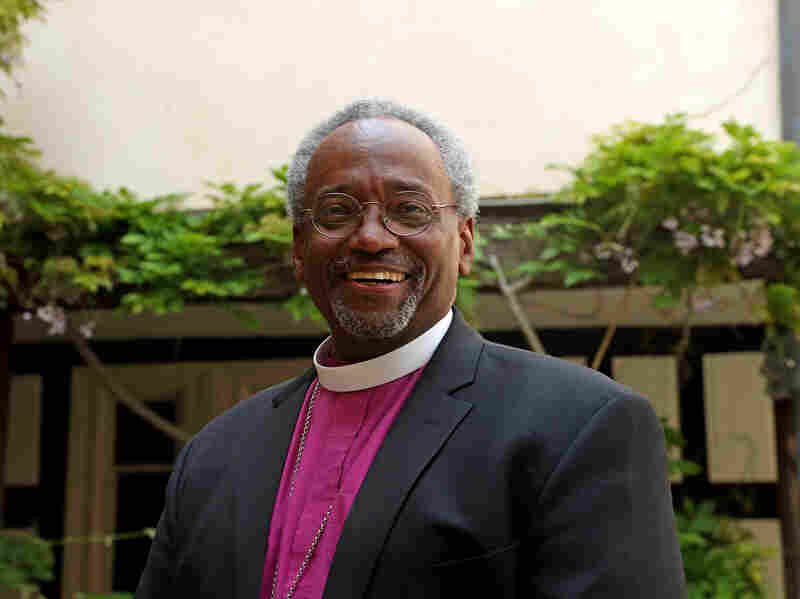 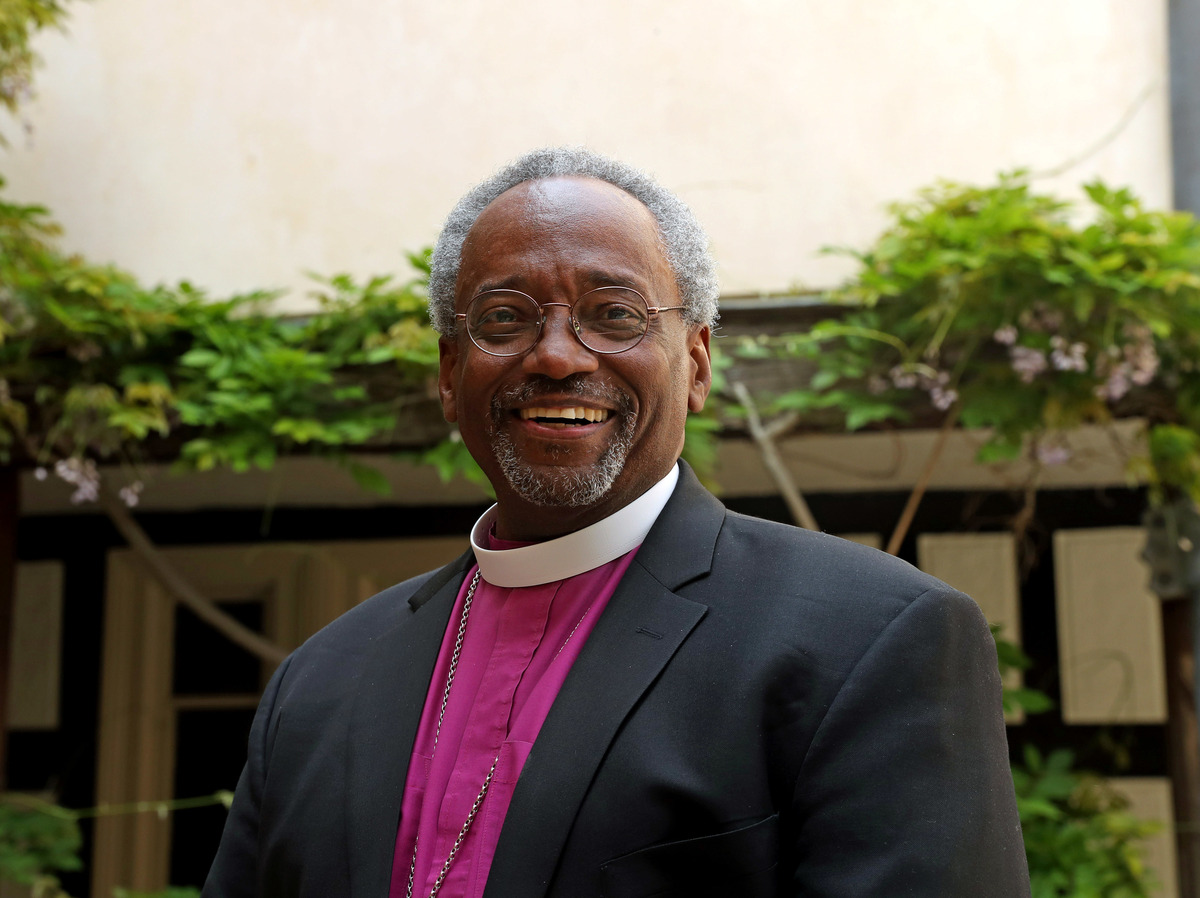 Bishop Michael Curry gave a sermon at the 2018 royal wedding of Prince Harry and Meghan Markle, at St. George's Chapel, in Windsor, England.

The head of the Episcopal Church, Bishop Michael Curry, preached love when he presided over the marriage of Meghan Markle to Prince Harry.

"When love is the way, we actually treat each other, well, like we are actually family," he said at the time.

His message of love resonated well beyond the hallowed halls of St. George's Chapel at Windsor Castle. Now, in his new book, titled Love is the Way: Holding on to Hope in Troubling Times, he offers a road map on how to love one another.

Curry, a descendant of enslaved people, is the first Black man to lead his church and is a strong advocate of same-sex marriage. But he didn't always know he wanted to be a religious leader — he just knew he wanted to "serve." His father was a minister, but he says his dad didn't care if he was "ordained or a lawyer" — as long as Curry understood that he was "put on this Earth to do some good."

"I remember, at one point, he and I had a conversation about something — I think I got on his nerves — and he said, you know something? The Lord didn't put you here just to consume the oxygen," Curry said of his father in an interview with NPR's Weekend Edition.

His father was also involved in the civil rights movement, and when Curry went to college, he started reading Dr. Martin Luther King's writings and realized, "Maybe this is a way that Michael Curry can make a difference."

Curry spoke with NPR about his views on love in a divided time, his relationship with the church and his new book.

On reconciling the different wings of the church

LGBTQ folk have been put down by the church for so long, and so their struggle and pain — it's real. It's deep. I've not experienced that, so I can't speak from that place. But I can say that I know what it is to be put down. What applied for us, I came to realize, must apply to others — that if we're equal in the eyes of God, we should be equal in the eyes of the law. We hold these truths to be self-evident that all people are — all men are created equal and endowed by their creator with certain unalienable rights. Those words were true. They were right. What the founders didn't realize was they didn't just apply to them. They applied to the Indigenous people. They applied to the Africans enslaved. They applied to their wives and daughters — that they apply to us all.

On how to talk to someone with differing beliefs

Nobody does anything for no reason. There's always a story. And sometimes, if you can get behind the presenting question, whatever that happens to be, the relationship will have the — sometimes can have the capacity to help you navigate the difference. I mean, in the book, I said, I was learning to stand and kneel at the same time — to kneel in the sense of acknowledging that I'm not God, and you have as much right to your perspective as I do to mine. But I've also got to stand — to stand for what I believe and humbly trust is the right thing. And it doesn't change everybody's minds, but it does create a different atmosphere, and atmosphere does make a difference, especially over the long haul.

On the fight for racial justice

It's a painful moment, but there's hope in it. You know, George Floyd — for one human being to have their knee on the neck of another human being and to snuff out the breath of life that God gave in them — we saw that. And to hear that man cry for his mother — thank God for that 17-year-old girl who had her iPhone or her smartphone and filmed it. I think many of us saw that and said, that's not who we want to be. That is not the America we want to have.

NPR's Ian Stewart and Hadeel Al-Shalchi produced and edited this interview for broadcast.

The audio version of this story was produced and edited by Ian Stewart and Hadeel Al-Shalchi.