Accessibility links
Poll: Most Young Americans Prefer Biden, But Trump Backers Are More Enthusiastic The survey also finds that far more Americans under 30 say they'll "definitely" be voting than said the same in 2016. 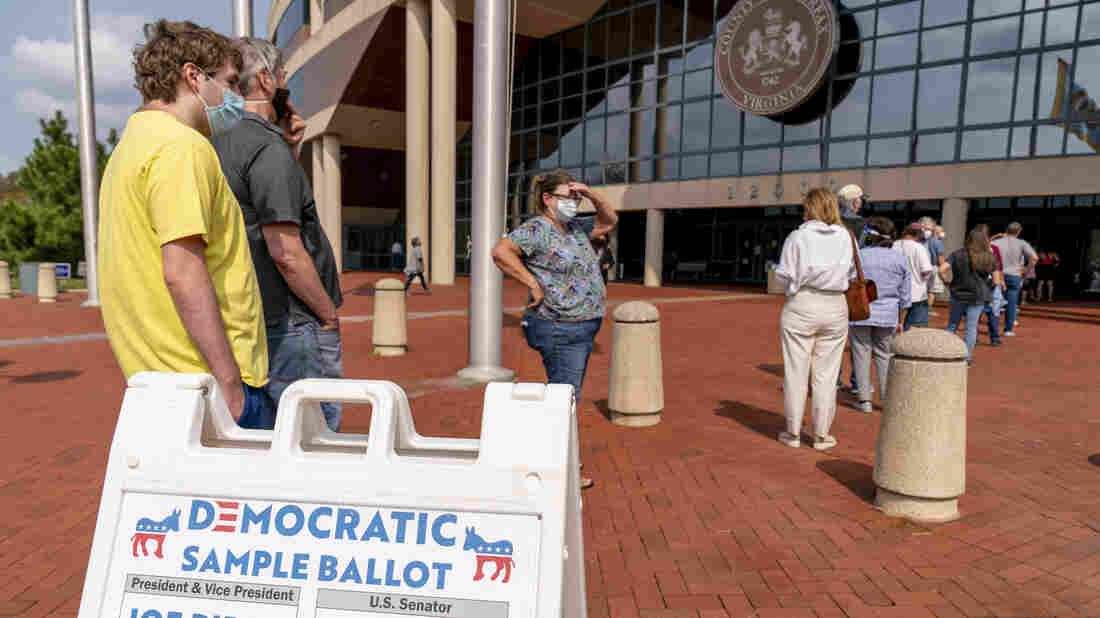 A Democratic sample ballot is on display as hundreds wait in line for early voting at Fairfax County Government Center on Friday in Fairfax, Va. Andrew Harnik/AP hide caption 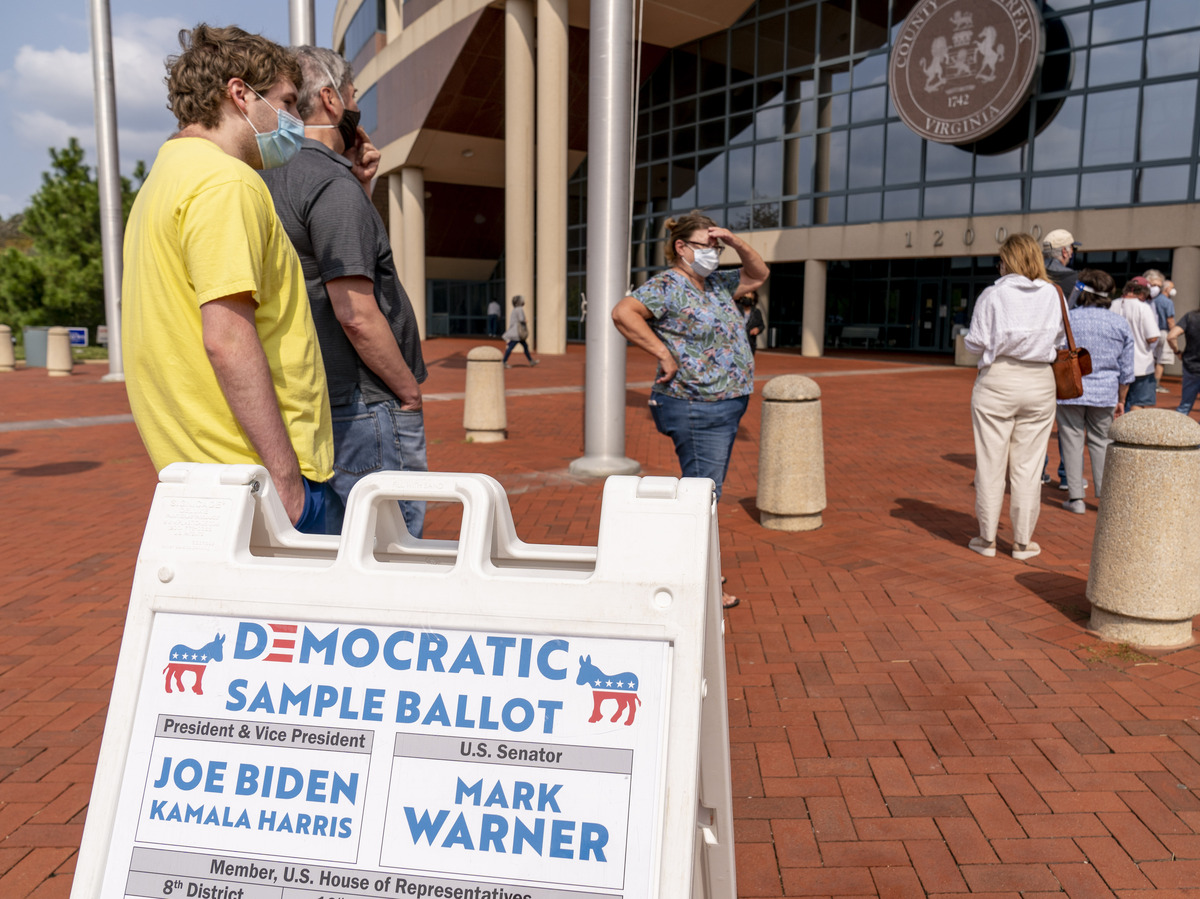 A Democratic sample ballot is on display as hundreds wait in line for early voting at Fairfax County Government Center on Friday in Fairfax, Va.

Young Americans favor Joe Biden over President Trump, according to a new survey, but Trump's supporters appear more enthusiastic about that choice.

The survey didn't ask if likely voters are enthusiastic about voting against a particular candidate.

As the coronavirus pandemic has upended all aspects of life, including the ways in which people participate in elections, the poll also found significant interest in voting among young Americans. Generation Z and millennial voters account for more than one-third of eligible voters this year.

Sixty-three percent of respondents said they will "definitely" be voting in November's election. At the same time four years ago, slightly less than half (47%) of young Americans polled said they would definitely vote.

More than 1,200 young Americans were surveyed from Aug. 28 to Sept. 9, with likely voters as a subset of the group. The poll has a margin of error of 3.2 percentage points.

The survey also found that young Americans are skeptical about a future coronavirus vaccine, even as Trump and worldwide leaders say they are racing to develop one.

Just one-quarter of young Americans say they would "definitely" get a coronavirus vaccine, with another 22% saying they "probably" would get it.

Among registered voters, 34% of young Democrats said they will "definitely" get a coronavirus vaccine, compared with 14% of Republicans.

Public health experts have warned that the United States' ability to turn a corner with the pandemic may be harmed if Americans choose not to accept a future vaccine.

Trump claimed last week that "every American" will have access to a coronavirus vaccine by April, but the timeline for when a vaccine could be reasonably expected has been a point of contention among government officials. CDC Director Robert Redfield said last week that a vaccine against the coronavirus likely would not be available for widespread distribution until next summer or fall.

As in other recent surveys, the Harvard poll also suggested pronounced distrust of the vaccine among Black Americans, who have been disproportionately devastated by this virus. Just 9% of young Black Americans said they would "definitely" get a vaccine.