Accessibility links
Nikola Founder Steps Down As Chairman, Exiting Company Amid Fraud Claims Trevor Milton's startup Nikola is working on hydrogen-powered big rigs. Milton has been accused of making misleading claims about the company's technology, which he has denied. 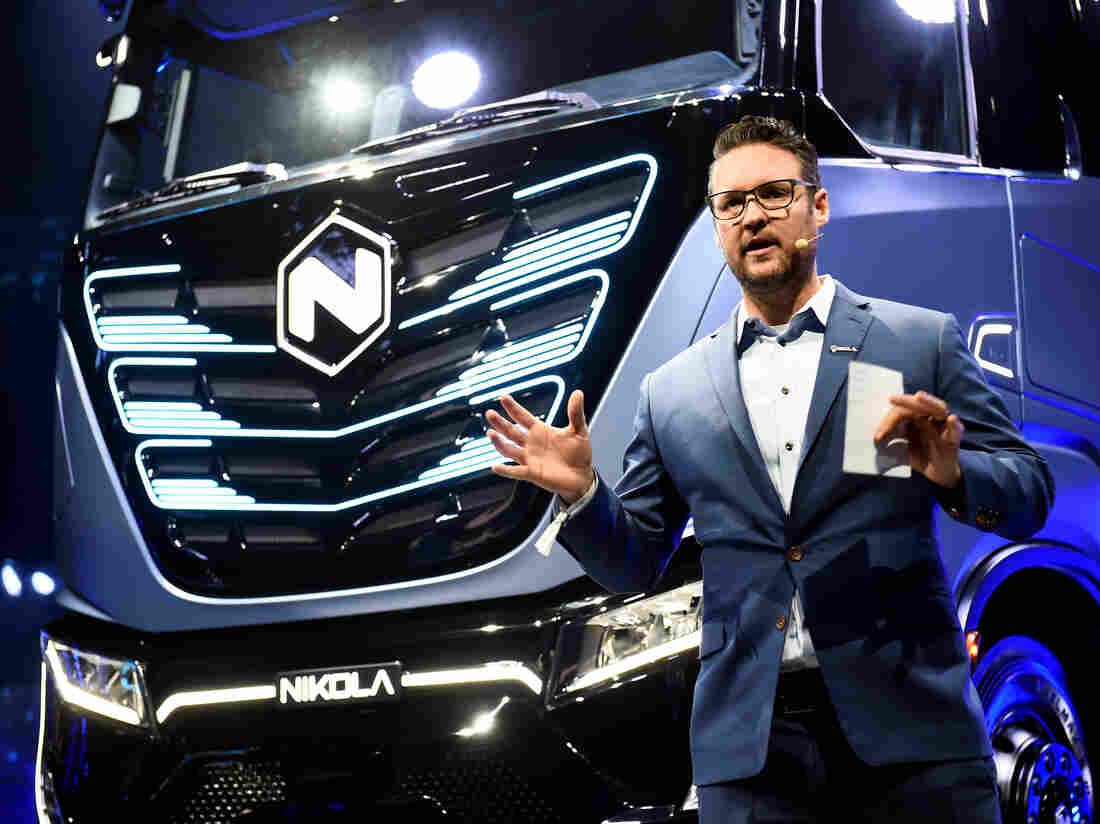 Trevor Milton, the founder of Nikola, speaks during a presentation in Turin, Italy December 2, 2019. Milton resigned as executive chairman over allegations that he made misleading claims about the company's technology. Milton has denied the accusations. Massimo Pinca/REUTERS hide caption 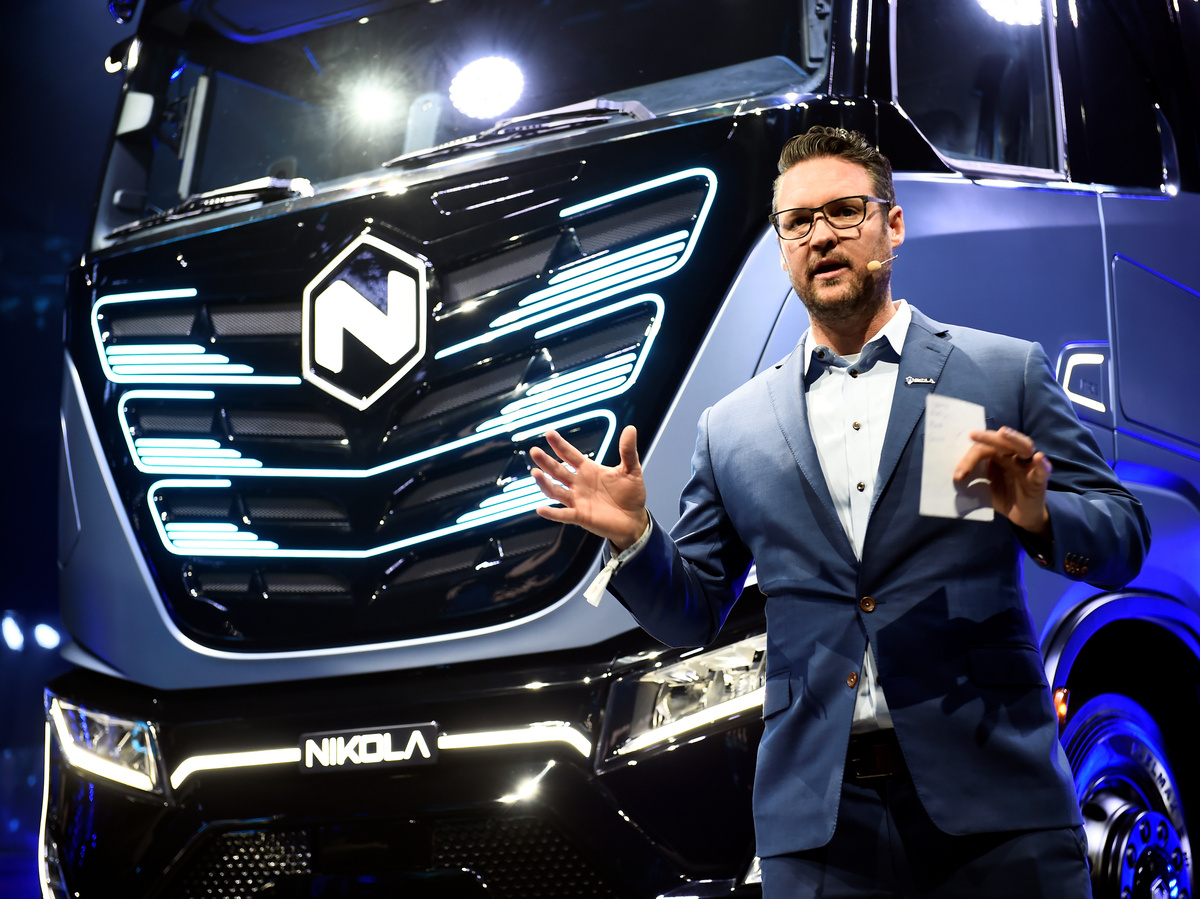 Trevor Milton, the founder of Nikola, speaks during a presentation in Turin, Italy December 2, 2019. Milton resigned as executive chairman over allegations that he made misleading claims about the company's technology. Milton has denied the accusations.

Nikola founder Trevor Milton has stepped away from his startup, which is working on making tractor trailers powered by hydrogen fuel cells, after he was accused of fraudulently exaggerating the viability of some of his company's technology.

Milton, who denies the allegations, says he resigned his position as executive chairman of Nikola's Board of Directors because "the focus should be on the Company ... not me." He said he intends to defend himself against "false accusations."

The news comes just weeks after Nikola struck a major deal with GM to build an electric pick-up truck. Those plans are still moving forward.

The startup, founded in 2014, was named after Nikola Tesla and aimed to revolutionize the transportation sector through cutting-edge zero-emissions technology.

That might sound familiar — Milton clearly hoped that his company would follow in the footsteps of another startup named after the famed inventor in confounding skeptics, delighting investors and achieving runaway success.

Like Tesla CEO Elon Musk, Milton had a vision: in his case, of fuel-cell powered big rigs transforming the shipping industry. But did he have the technology to make that vision real? And until the technology is proven, where's the line between optimistic hype and deception?

Bloomberg reported that Milton had previously exaggerated the functionality of Nikola tractor trailers. This month a short seller, Hindenburg Research, went further, calling Nikola "an intricate fraud built on dozens of lies" and accusing Milton of misleading partners, investors and customers by, among other things, pretending that non-functioning prototypes were actually viable products.

As a short seller, Hindenburg Research stands to profit if Nikola stock plummets. The company says the allegations are false and misleading.

In one eye-catching allegation, Hindenburg says that a video that appeared to show a Nikola big rig driving actually showed it rolling down a large hill. Nikola did not deny that the truck in the video was rolling downhill. However, it maintains that Nikola has since created "real working hydrogen fuel-cell powered semi trucks."

This summer Nikola had a splashy debut on the stock market in June, thanks in part to its announcement of an electric pick-up truck — a big departure from its focus on semis, but one that was popular with investors.

The stock had rocky performance after that, but got a boost this month after GM announced it would build that pick-up truck, called the Badger, using GM batteries and fuel cells. Nikola would handle marketing and sales.

GM says it will "work with Nikola to close the transaction" move forward with those plans, despite Milton's departure.