Accessibility links
As U.S. Nears 200,000 Dead, Hospital Staff Reflect On Those Lost Front-line workers in Houston, Seattle and New York City tell NPR about their experiences in hospitals over the last six months. "2020 can't keep going like this," one doctor says. 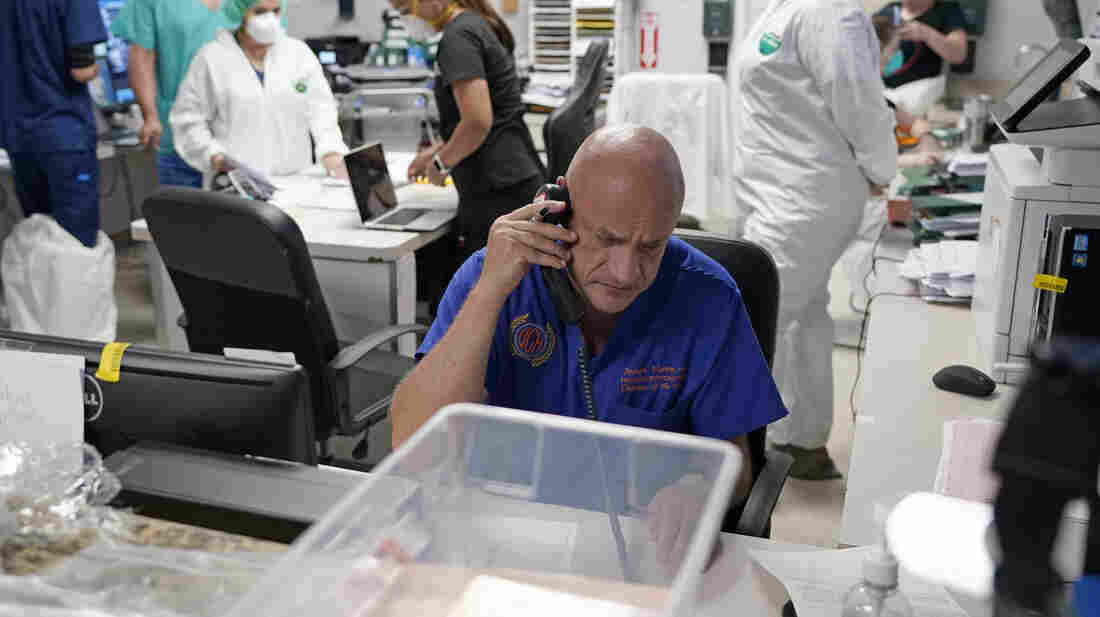 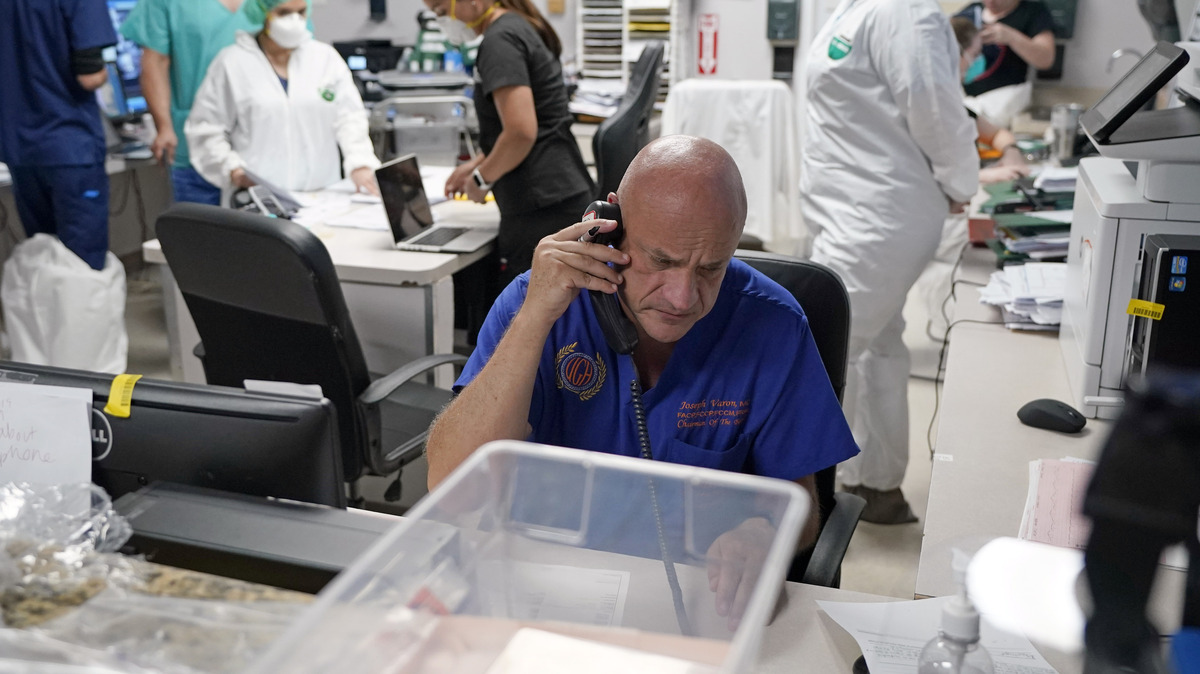 Dr. Joseph Varon notifies the family of a patient who died inside the coronavirus unit at Houston's United Memorial Medical Center on July 6. Varon tells NPR he's "living on adrenaline."

Though the number of daily fatalities has gone down since the highs of spring, COVID-19 still claims the lives of hundreds of people in the U.S. each day. More are expected to die as the weather gets colder.

For people who work in hospitals, the challenges haven't gone away.

"I'm living on adrenaline," says Dr. Joseph Varon, chief of critical care at Houston's United Memorial Medical Center. "I'm going and going and going. And also the sense that if I don't do what I'm doing right now, nobody else is going to."

Varon supervises a large staff, who are still on edge.

"I have seen nurses cry in the middle of the day. I mean, just start crying because they cannot cope," he tells NPR's Noel King on Morning Edition.

He makes it through the days by telling jokes, making fun of things. Staffers made a music video in the COVID-19 unit, just to "go crazy."

After more than half a year treating COVID-19 patients, "the thing that I worry about and the thing that's most different is I worry about health care worker resilience," she tells NPR's Mary Louise Kelly on All Things Considered.

"You know, we're strong. We train in emergency medicine for this. We serve as witness to all the tragedy of the community. Working in a trauma center, we're the canaries in the mine of public health," Shah says.

"I've seen a lot over the past six months. And I just worry that 2020 can't keep going like this."

Rocky Walker, a chaplain at Mount Sinai Hospital in New York City, turns to his faith to keep going.

"Having that faith in God anchoring everything that's going on around me," he tells Morning Edition, "and always having that to turn back to, knowing that there's nothing too big for God, nor is there anything too small for God — that is absolutely keeping me [going] through this pandemic."

Walker often serves as a liaison between patients and families, as hospitals have shut out visitors to curtail possible spread of the virus.

In one case, Walker recalls a "sort of elderly" husband and wife who were both admitted, but kept in separate rooms so they wouldn't see each other suffering. He kept in touch with their family to update their conditions, which kept changing.

Through the constant phone and video calls, Walker got close to the family. "This is a family who had already lost two uncles and a cousin. And now we have mother and father. And we have [a] son who was trying to hold it together for everyone, and he had his own challenges."

The husband and wife both died. The family wasn't allowed in the hospital.

"They probably don't realize it, but they're there in my heart for the rest of my life," Walker says.

Varon, the Houston doctor, remembers a young man who spent eight weeks in his hospital, sick with COVID-19. His parents also had the disease — and they had most likely been infected by their son.

The parents died. But doctors didn't tell the man immediately, Varon says, because he was already depressed and they were worried about his mental health.

The young man survived. On the day he was released from the hospital, he found out his parents had died.

"He never even made it to the funeral," Varon says. "I mean, that's the kind of stuff that will stick with our brains for the rest of our lives because we see it day in and day out."