Accessibility links
Microsoft To Buy Bethesda In $7.5 Billion Deal, Acquiring Fallout, The Elder Scrolls The deal is set to be one of the largest ever acquisitions in the video game industry. Once the deal is finalized, Microsoft will own popular franchises such as Wolfenstein, Quake, and DOOM. 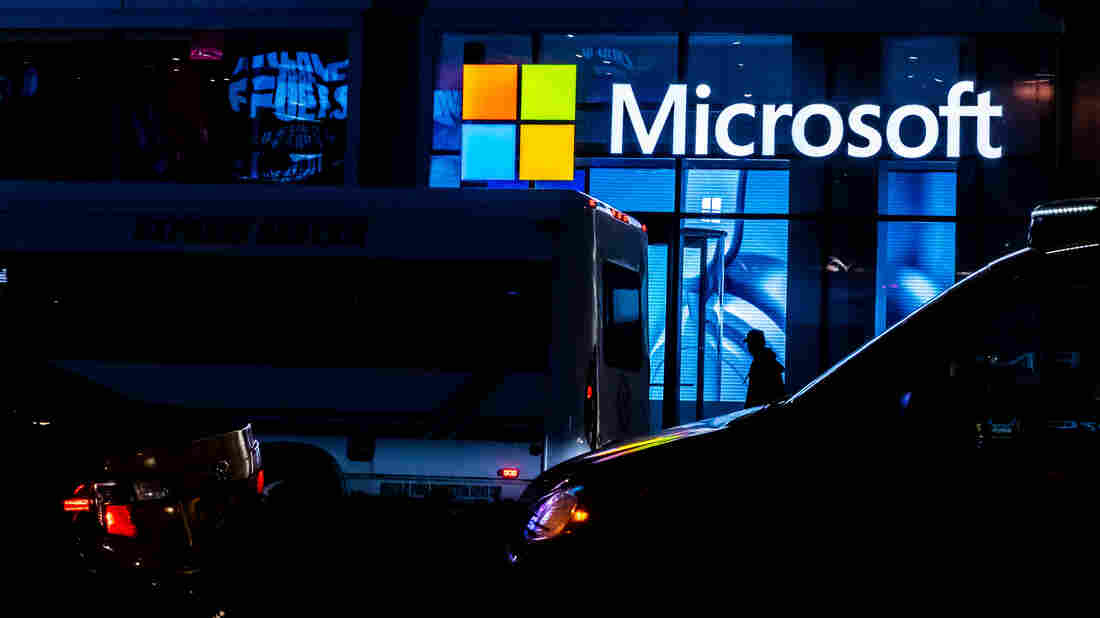 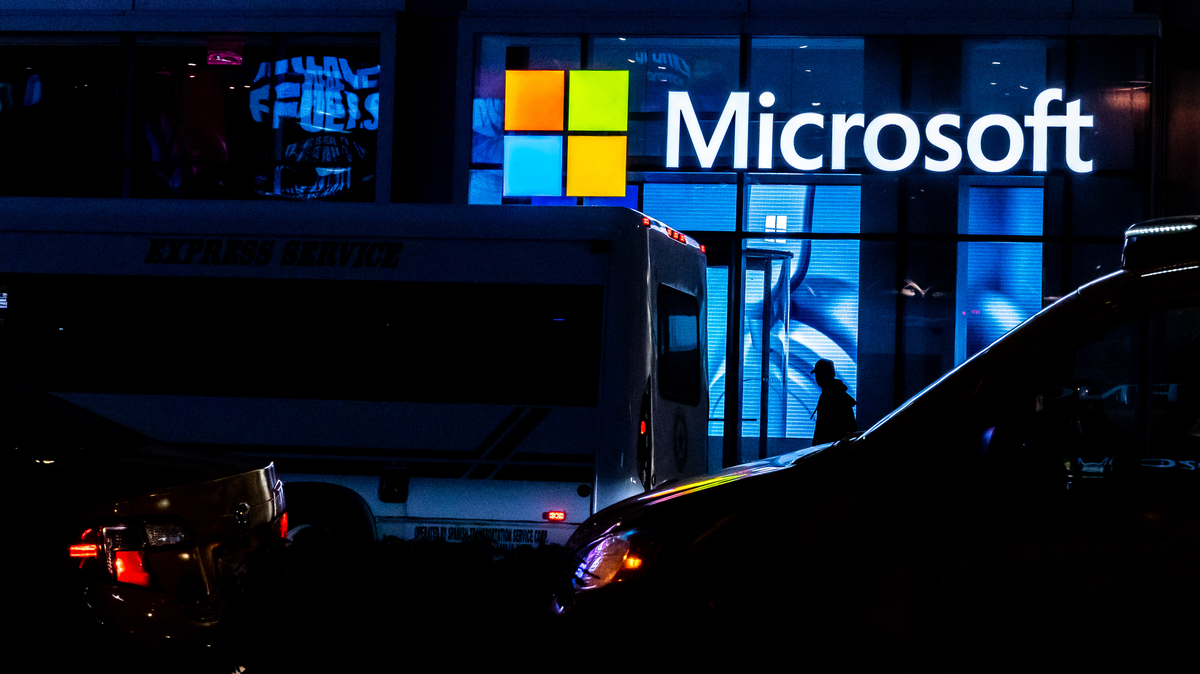 Microsoft announced Monday that it will acquire ZeniMax Media, the parent company of popular video game publisher Bethesda, for $7.5 billion. Here, a Microsoft store is shown in March in New York City.

In what is set to be one of the largest ever acquisitions in the video game industry, Microsoft announced Monday that it has reached a deal to acquire ZeniMax Media, the parent company of popular video game publisher Bethesda Softworks, for $7.5 billion.

Once the deal is finalized, Bethesda properties including The Elder Scrolls, Fallout, Wolfenstein, Quake, Starfield and DOOM will be owned by Microsoft. These series will be added to the Xbox Game Pass, a subscription-based cloud gaming service which has topped 15 million subscribers.

The Bethesda deal is expected to be finalized in the second half of fiscal year 2021.

This deal is three times the $2.5 billion that Microsoft paid for Mojang, the company behind Minecraft, in 2014. It will be Microsoft's most expensive video game acquisition ever.

"We're still Bethesda. We're still working on the same games we were yesterday, made by the same studios we've worked with for years, and those games will be published by us," Pete Hines, Bethesda's senior vice president of PR and marketing, said in a blog post. "[The deal] allows us to make even better games going forward. Microsoft is an incredible partner and offers access to resources that will make us a better publisher and developer."

"I think that this announcement has little to no impact on the sales of PlayStation 5 and Xbox Series X at launch, because the reality is that most of the console gamers have already set their minds on a particular console," said George Jijiashvili, a senior analyst who researches video games at Omdia. "So, this deal is more of a long-term investment."

Jijiashvili said Sony is still in a better position than Microsoft and expects PlayStation consoles to outsell Xbox consoles two-to-one in the first couple of years at least. Because the deal won't be finalized until next year, it won't have immediate impacts, he predicted.

However, he said the deal will help make Xbox's cloud gaming platform more attractive to gamers.

"This was the first of its kind where Microsoft is really kind of putting its money where its mouth is in terms of wanting to really grow this Xbox ecosystem through subscriptions," he said. "It is a huge deal."

Gamers flocked to social media to react to the news. Some were excited about the new games coming to Game Pass, while others feared the deal could mean that future Bethesda games would be exclusive to Xbox and PC. Bethesda currently publishes games on multiple platforms.

The game publisher will continue to honor a previous agreement to debut two of its games — Deathloop and Ghostwire: Tokyo — on the PlayStation 5 as "timed console exclusives" before they eventually become available on the Xbox, according to Bloomberg.

Microsoft and Bethesda representatives did not immediately respond to requests for comment about the deal, which includes publishing offices and development studios with over 2,300 employees.

"Like our original partnership, this one is about more than one system or one screen. We share a deep belief in the fundamental power of games, in their ability to connect, empower, and bring joy," Bethesda Executive Producer Todd Howard wrote in a blog post. "And a belief we should bring that to everyone - regardless of who you are, where you live, or what you play on. Regardless of the screen size, the controller, or your ability to even use one."

Jijiashvili said it's too early to tell what Microsoft will decide in terms of making future Bethesda titles exclusive to its platforms. However, he said Microsoft would be better off to continue publishing the games on multiple consoles.

Selling $60 copies of the games on other platforms while offering the same games with a $10 monthly Xbox Game Pass membership would create demand, he said.

Microsoft was also recently a contender in the widely publicized efforts to acquire TikTok, but lost out to a bid from Oracle and Walmart.