Accessibility links
Colin Quinn's 'Overstated' Is 'A Coast-To-Coast Roast' Of the U.S. As a veteran stand-up comedian, Quinn has spent decades on the road, performing in 47 out of the 50 states he now affectionately eviscerates in his new book, Overstated. 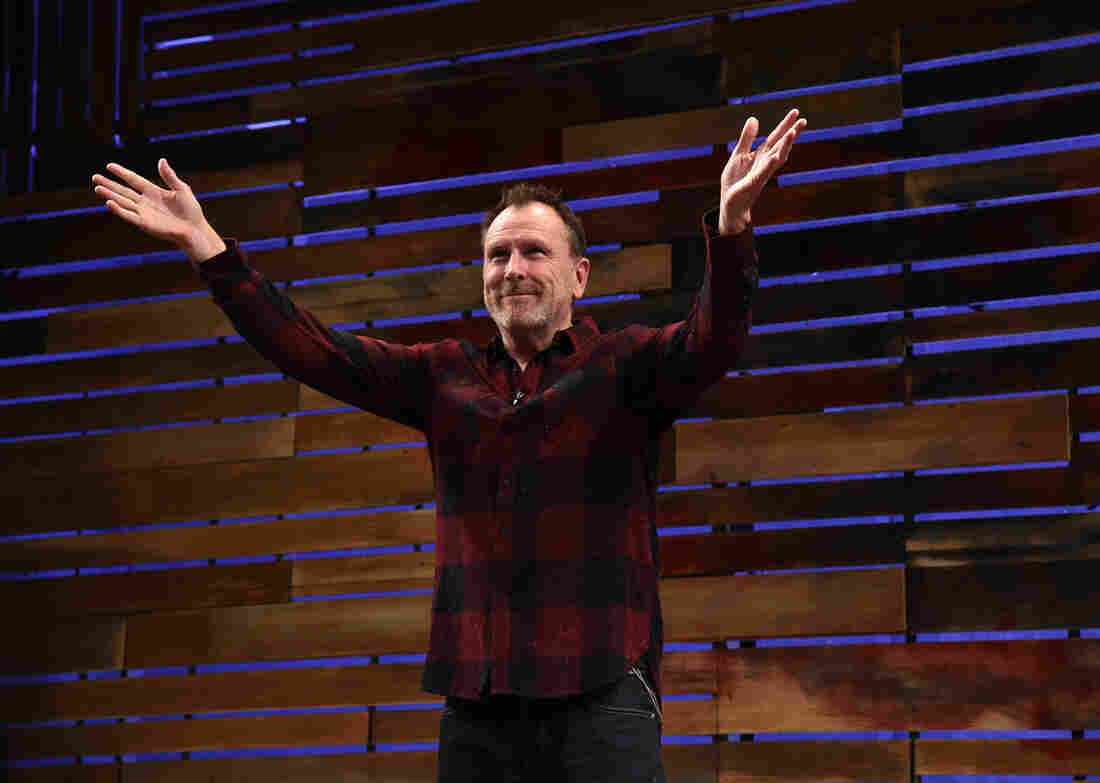 "I'm a comedian. I'm not here to be agreed with," says Colin Quinn. "In fact, if you came up to me and said, 'You're not funny, but I agree with you,' I'd be offended because I'm here to make people laugh. ... It's much more powerful than somebody agreeing with you." Bryan Bedder/Getty Images for Audible hide caption 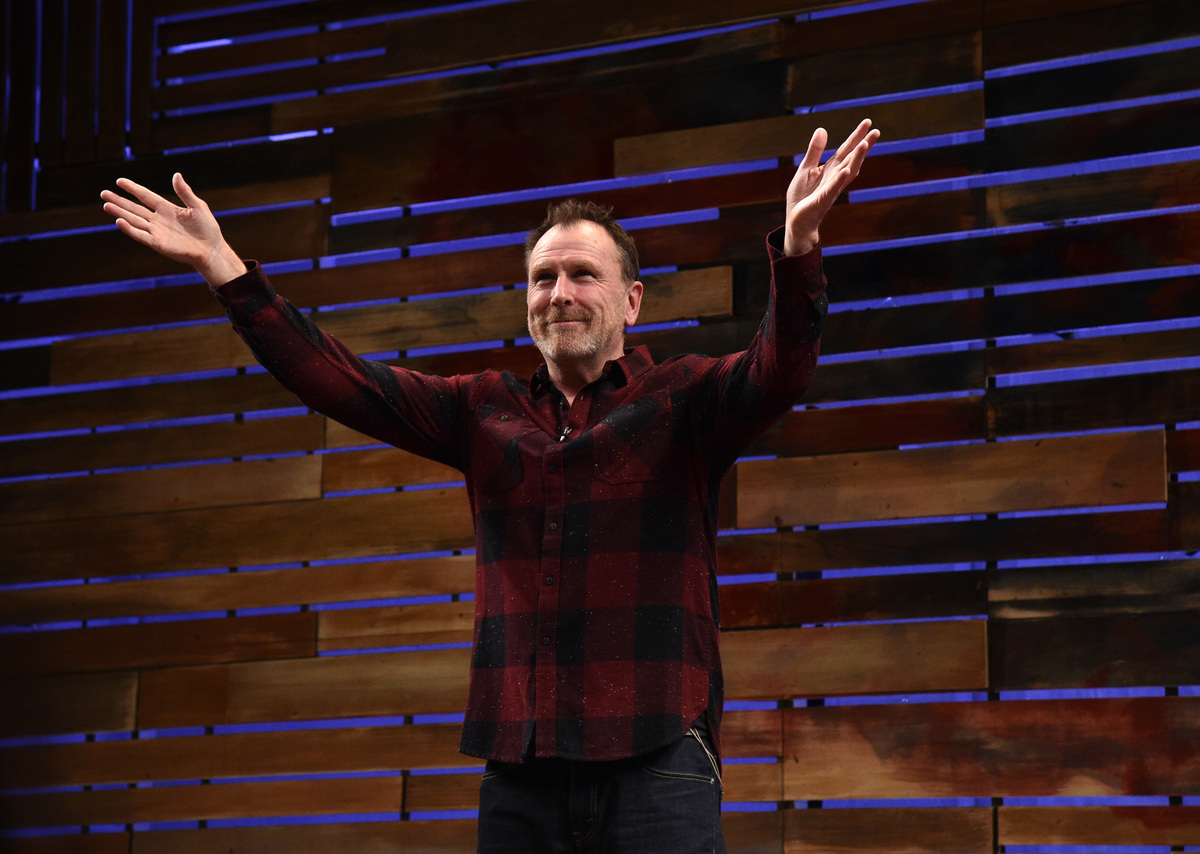 "I'm a comedian. I'm not here to be agreed with," says Colin Quinn. "In fact, if you came up to me and said, 'You're not funny, but I agree with you,' I'd be offended because I'm here to make people laugh. ... It's much more powerful than somebody agreeing with you."

No state escapes unscathed in Colin Quinn's new book: Vermont is "The Old Hippie"; Florida is "The Hot Mess"; in Wisconsin, "The Diet Starts Tomorrow." Even Quinn's beloved home state of New York is "The quiet state with the city that never shuts up."

As a veteran stand-up comedian, Quinn has spent more than a couple of decades on the road, performing in 47 out of the 50 states he now affectionately eviscerates in Overstated: A Coast-to-Coast Roast of the 50 States.

Mining history for material has become Quinn's specialty, from the Ancient Greeks in Long Story Short to America's founding fathers in Unconstitutional. For research, Quinn says he reads contemporary history sources as well as books written in the "really arcane language" of, say, the 1800s. He's careful not to get too mired in historical detail, though. (He says if he were to throw out names like Peter Minuit or Peter Stuyvesant to his late night comedy club audience they'd be like: "What did you just say? Stop saying Peter with some old name.")

At the same time, Quinn makes a point to connect history with what's happening today. In Overstated, he compares modern-day Social Justice Warriors (SJW) to the Puritans and observes that the current political divide has roots in the "determination" and "individualism" of white settlers who battled for territory as the United States was forming. " 'Don't tell me what to do' is basically the mission statement of the United States," he says.

Quinn's quest to understand the "mindset and personality" of people with differing political views isn't just about looking for laughs. "I feel like I do these shows for myself to try to figure things out — how people become the way they become," he says. 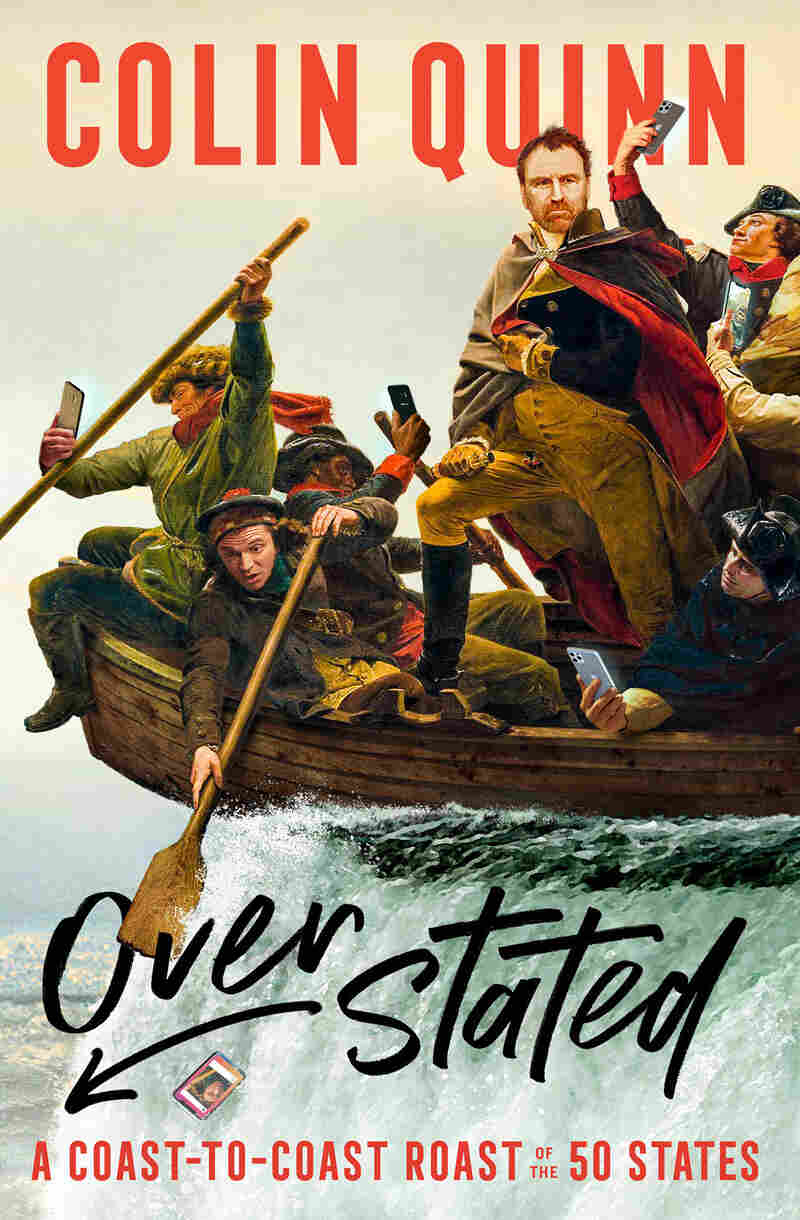 That curiosity started in the 1960s and '70s when he was growing up in a blue-collar family that was "very Irish" and "very into reading." Quinn speaks with reverence about his mother and aunts. "They didn't go to college, but they were so well-read," he recalls. "Just intellectuals without college degrees. ... They would just sit there and just be chain-smoking, and drinking, and spouting Yeats quotes, and it was just so interesting to hear and see and I feel like that definitely had an effect on me."

Longtime friend and fellow comedian Jerry Seinfeld says Quinn "has a really, really powerful, X-ray eye about people and situations — and this is kind of the essence of comedy."

Both men are fascinated by the history of New York City and Seinfeld directed Quinn's special New York Story. They've been getting together regularly at the same diner for about 25 years and they often talk about the serious work of writing jokes.

"We have a bit of a similar approach," says Seinfeld. "We really love to spend time doing real writing, and we're proud of it, and we struggle with it, and there's not a lot of stand-up comics that do that."

Comedy Clubs Are Closed, So To Reach Audiences, Comics Have To Improvise

Quinn was in the midst of writing Overstated when the pandemic hit the U.S. So he decided to turn his dark humor to a survey of other illnesses that have affected American history. In a section called "Stupidly Named Diseases" he writes about Scurvy: "It only affected sailors. They would give you a lime to cure it. That's why the British were called 'limeys,' which is considered a derogatory term. It's the most positive ethnic insult there is. 'Ahoy, you citrus fruit that destroys bacterial infection.' 'Whoa, watch it with the hate speech.' "

As COVID-19 has shuttered clubs, stand-up comedians face the dilemma: How do you replicate the particular tension and energy of a small comedy club? Quinn says the joke-writing process just doesn't work without an audience.

The audience is such a part of our creative process. ... You really work out all your material with the crowd. They do all the editing.

"The audience is such a part of our creative process. ... You really work out all your material with the crowd. They do all the editing," he says.

But, figuring this could be "the new normal," he recently taped a comedy special at a Brooklyn drive-in theater for a special airing on HBO later this fall. People in the audience had to stay in their cars so Quinn and the other comedians couldn't hear their laughter ... or their silence.

Reflecting on the divide, Quinn says, "We still have that innocence that a lot of the older countries don't have. Where they're a little more practical and laid back, we're still like, 'No. It's got to be fair. It's got to be right. It's got to be 100%.' "

Quinn calls that "a very childish way of looking at things."

As he writes in his new book, "here we are in 50-states couples' counseling and we are about to file papers for divorce."