Accessibility links
Shoe Shopping At The Grocery Store: Supermarket Chain, DSW Team Up The Midwestern chain Hy-Vee says DSW shoe outlets are opening in six of its supermarkets in Minnesota. Grocery shoppers will be able to try on shoes, then order online. 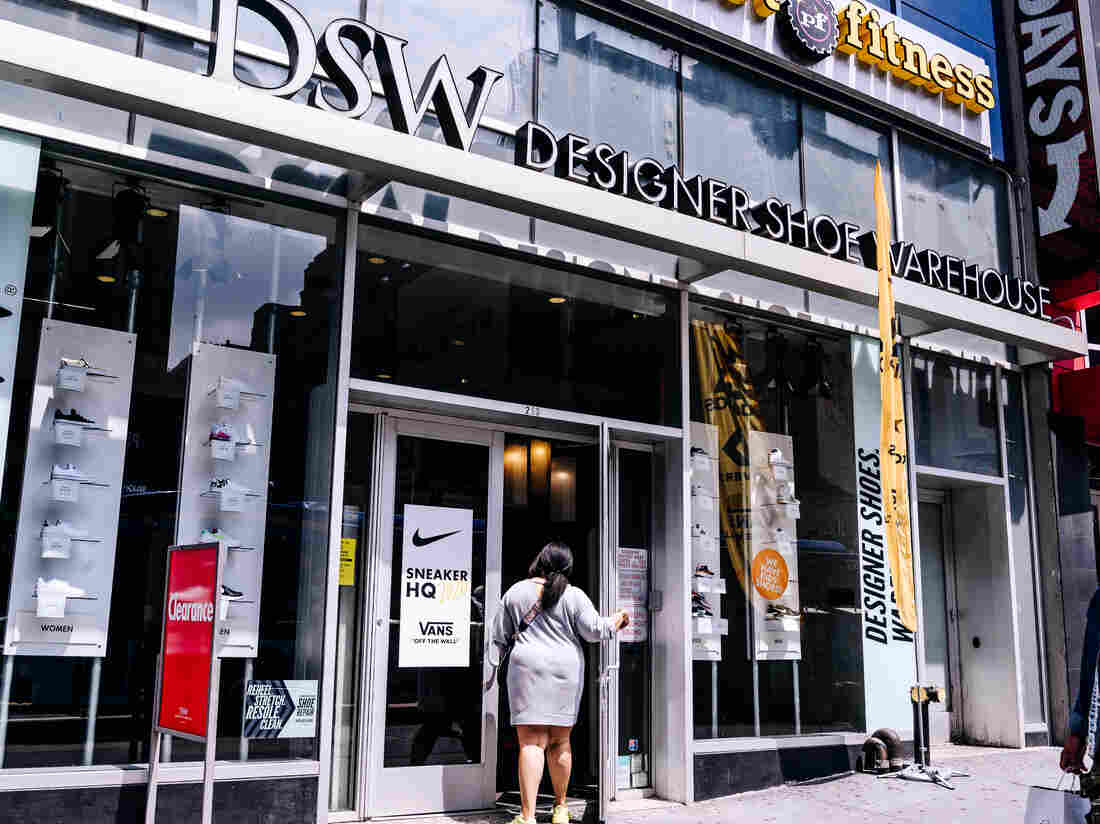 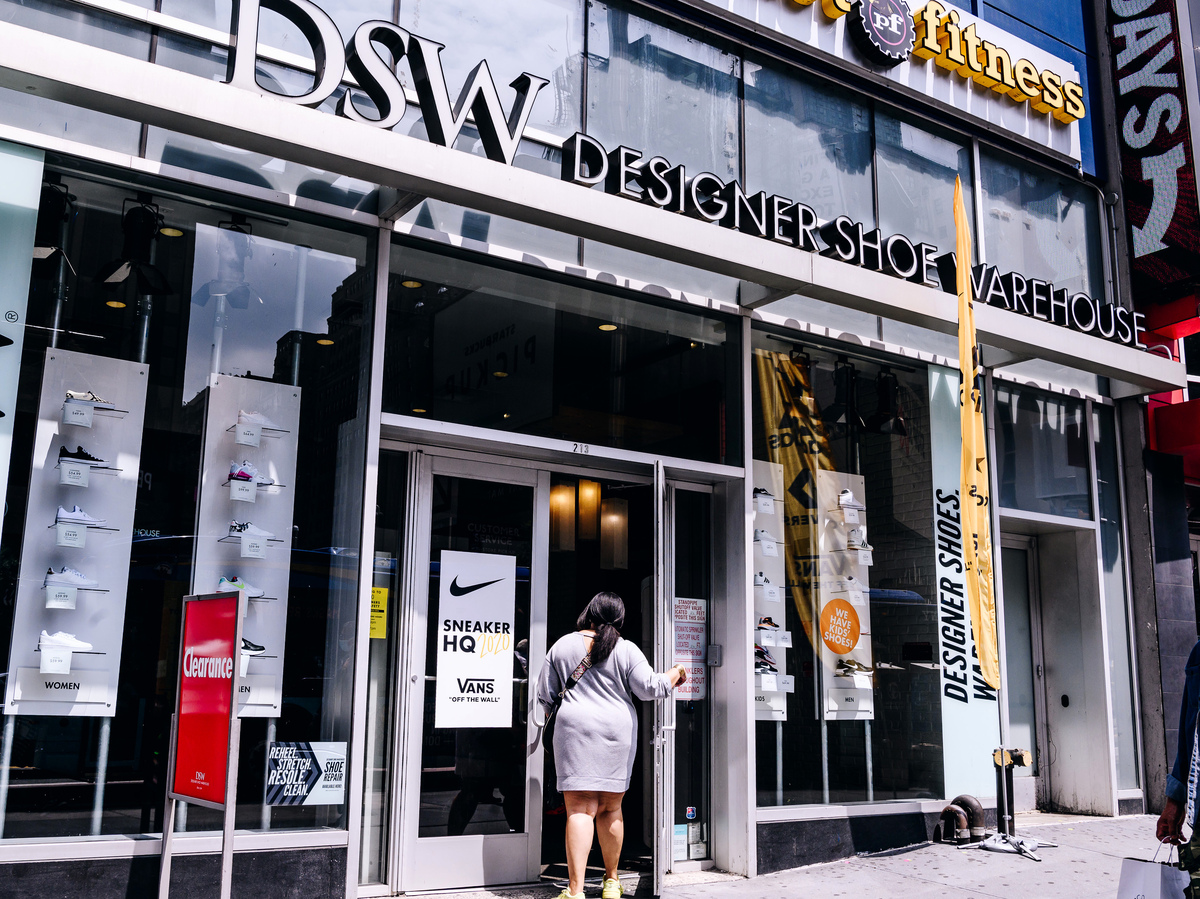 A shopper enters a DSW store in New York City. DSW is partnering with Hy-Vee, a Midwest supermarket chain, to offer shoes in grocery stores.

Sure, you go to the grocery store for milk, bread, frozen foods and chips. But how about shopping for the latest shoe fashions while you're at it?

Hy-Vee, a Midwestern supermarket chain, announced on Monday that DSW shoe outlets are opening in six of its grocery stores in Minnesota. Shoppers will be able to try on shoes, then order online.

This is the latest example of shops within shops. The goal: providing easy access to merchandise by being where customers shop the most. Kohl's did a similar initiative last year with the Aldi grocery chain.

Hy-Vee first announced its partnership with DSW in April. This isn't its first dance with the fashion industry. The regional supermarket chain previously partnered with apparel brand F&F, but last year it was replaced with clothing brand Joe Fresh.

The first two DSW "shop-in-shops" opened this month in the Minneapolis area. The remaining four will open by the end of the month. Designer Brands, DSW's parent company, intends to launch dozens more in 2021.

The shop-in-shops will be located at the front of each Hy-Vee store. The grocer hopes to attract shoppers who favor Target and Walmart. Hy-Vee isn't collecting rent from DSW, but it will receive a percentage of DSW's sales as part of the deal, Bill Jordan, chief growth officer at Designer Brands, told CNN Business.

DSW views this as an opportunity to expand throughout the Midwest. Hy-Vee has over 270 stores in the region, while DSW has 130. DSW was looking for a way to make shoe shopping more accessible, and grocery stores are a main shopping haven, especially during the pandemic.