Accessibility links
White Pastor Who Supported Rosa Parks' Bus Boycott Dies Robert and his wife Jeannie Graetz faced bombs and KKK death threats for their role in the Montgomery Bus Boycott, but their Black friends and neighbors protected them. 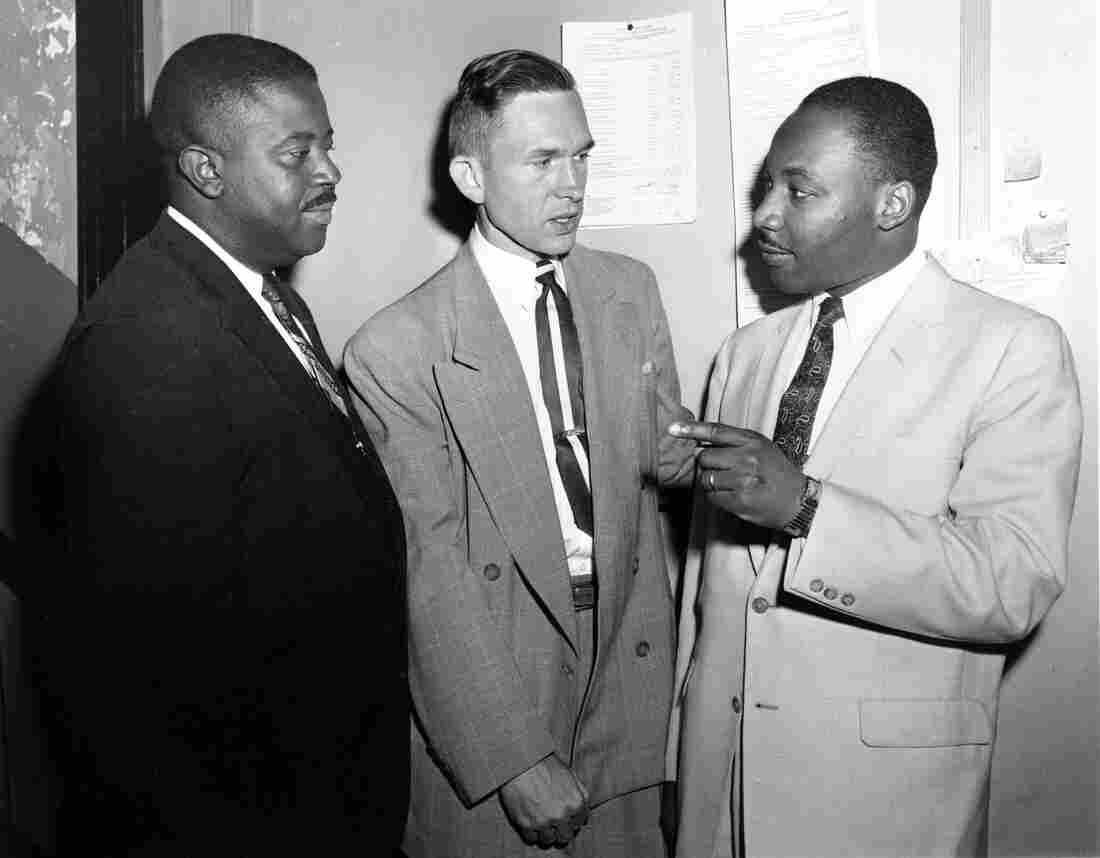 In this May 28, 1957, photo, Rev. Robert S. Graetz, center, Rev. Dr. Martin Luther King Jr. and Rev. Ralph D. Abernathy, left, talk outside the witness room during a bombing trial in Montgomery, Ala. Graetz, the only white minister to support the Montgomery Bus Boycott, died Sunday, Sept. 20, 2020. He was 92. AP hide caption 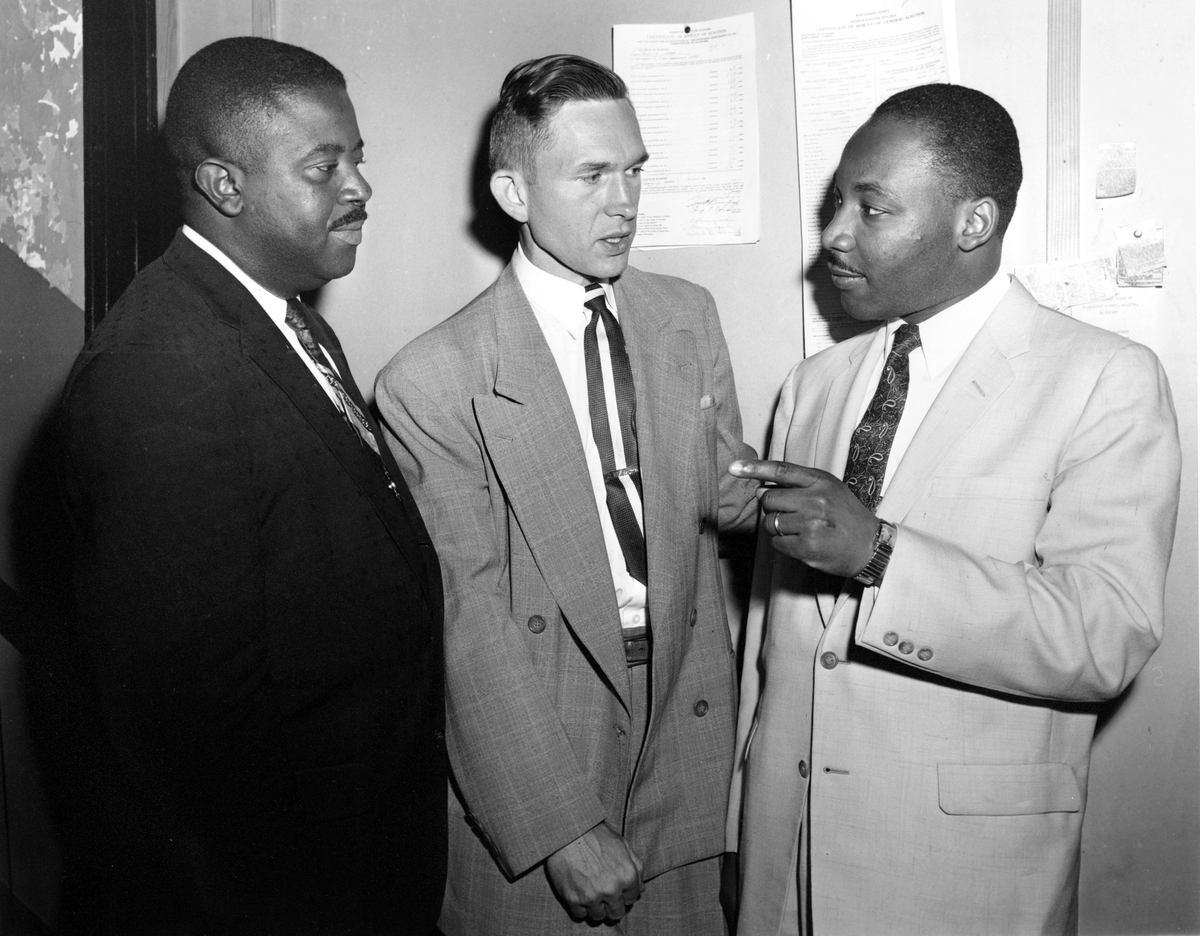 In this May 28, 1957, photo, Rev. Robert S. Graetz, center, Rev. Dr. Martin Luther King Jr. and Rev. Ralph D. Abernathy, left, talk outside the witness room during a bombing trial in Montgomery, Ala. Graetz, the only white minister to support the Montgomery Bus Boycott, died Sunday, Sept. 20, 2020. He was 92.

The Lutheran church did not have many ordained African American ministers in 1955, so when a call went out that year for a new Lutheran pastor to serve a majority Black congregation in Montgomery, Ala., it was answered by a white clergyman in Ohio, the Rev. Robert Graetz.

Graetz and his wife, Jeannie, already had a record of church-based civil rights activism, and some Lutheran authorities worried that Graetz might become ensnarled in the developing racial unrest in Montgomery, where the Rev. Martin Luther King, Jr. was a pastor.

Graetz died in Montgomery on Sunday at the age of 92.

A few months after Graetz and his wife arrived in Montgomery, Rosa Parks and other local leaders, including King, launched a bus boycott to protest segregated seating in city buses. Graetz was acquainted with Parks, because the local NAACP youth council, which Parks directed, met in Graetz's church.

The call to boycott the bus system was problematic for many Black workers in Montgomery, because they depended on bus transportation to get to and from their jobs. Graetz immediately began organizing car pools to assist with their transportation needs and spent three hours each morning driving people to work in his own car.

In Montgomery in 1955, that was enough to make Graetz a target of the Ku Klux Klan. Twice, his house was firebombed. Neither he nor his wife nor their young children were injured, but a third bomb thrown at their house was enough to kill them all. Fortunately, it did not detonate.

Graetz and his wife also faced death threats, directed at them and their three children, one of them a toddler. FBI agents urged them to leave Montgomery, but they stayed, encouraged in large part by the support they received from their African American friends and neighbors.

"We felt that the Lord had put a circle of love around us," Jeannie Graetz said, "There were people who hated us, but that hate could not get through to us, because of the Lord's protection."

In that 2019 interview, Jeannie Graetz shared such stories at her husband's bedside. Suffering from Parkinson's disease, he was too ill to speak.

But in 2015, on the sixtieth anniversary of the bus boycott, Graetz was one of the speakers on a panel organized by NPR and member station WVAS. His message that day was that the struggle for racial justice in which he had participated was, at its base, a "spiritual" movement.

"It was the people of God putting into practice their understanding of what God meant for their lives to be like," Graetz said. "In Montgomery, it was black Christians teaching white Christians how to be Christian."

Graetz and his wife left Montgomery in 1958 and continued their social justice work in locations around the country. In 2007, they moved back to Montgomery. He is survived by his wife Jeannie and their seven children, along with numerous grandchildren, great-grandchildren, and one great-great grandchild.