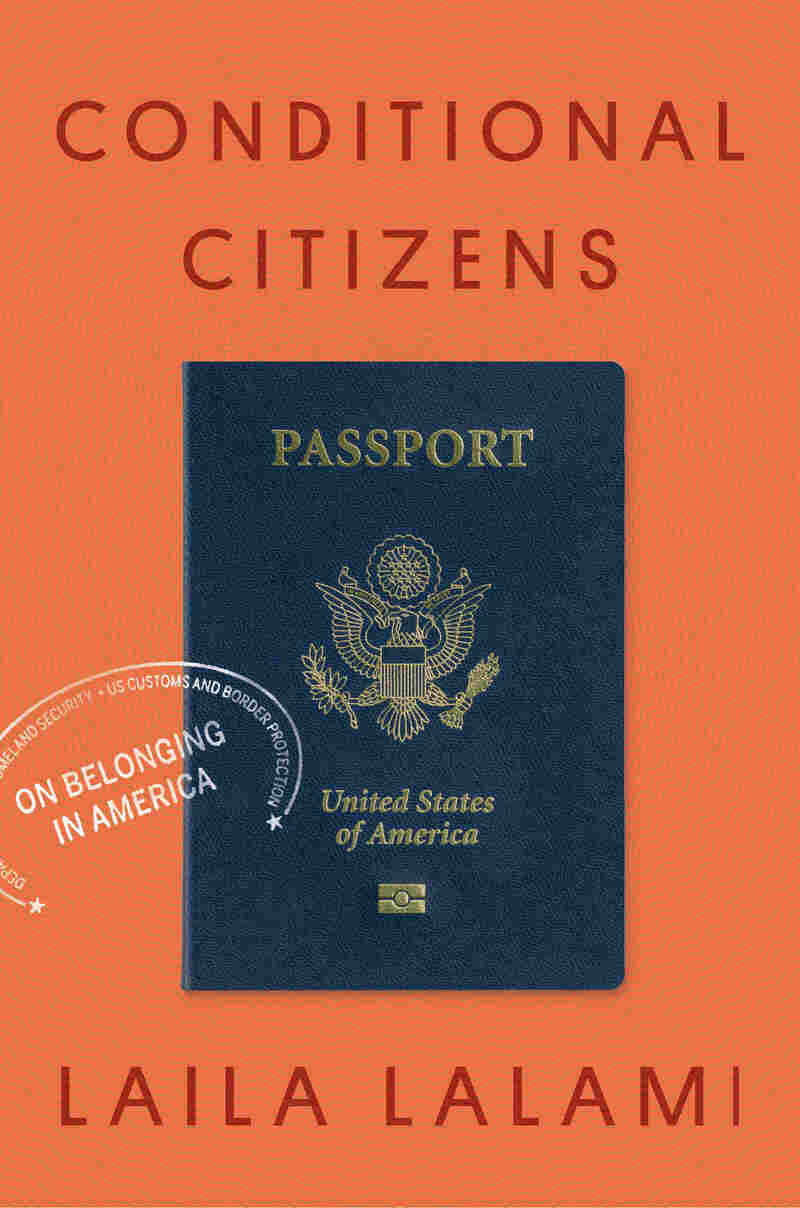 The writer Laila Lalami is originally from Morocco. She moved to California as a grad student.

She thought when she finished school, she'd go home. But then she fell in love with — and married — an American. His parents were Cuban immigrants.

Lalami writes about what it means for her to be an American citizen in her new book, Conditional Citizens; by her definition those are citizens who are sometimes embraced by America, and sometimes rejected.

"When I was a foreign student, I viewed myself as a foreigner, and I was perceived as a foreigner, and a temporary one at that, so I didn't really concern myself with how people might look at me," Lalami says. "It's only a few years later, and particularly after I became a citizen, that I started to pay more attention. People would make comments — like, I remember going through an airport and a border agent ask my husband how many camels he had to trade in order to get me, so to speak. But definitely after 9/11, that's when I really started to notice that just because you are a citizen does not mean that you are treated the same as everyone else."

On how she and her husband talk about citizenship

Well, we have a lot of conversations about our experiences, so to just give you an example, yesterday I received an email — and I'm trying to pull it up so you might hear my mouse because I'm trying to pull it up, I don't want to misquote — an email from a woman who it appears lives in Georgia and emailed me to say, why don't you go back to Morocco? We didn't invite you here, so why are you here? And when I get this, I really have to reflect about the pronouns that she's using. We didn't invite you here. And who is the "we" and who is she speaking for? This woman believes that she has some kind of supreme right to decide who belongs in America and who doesn't.

When I published my first book, I did respond to almost every email that I received, and eventually I realized that there was no use doing it because it didn't really change anything. People continue to send comments like this.

I used to get very angry, and now I just look at it with concern because I think that this is a very fragile time in U.S. history. I think we are seeing a renewed debate about who gets to be American and who doesn't. And this debate in particular involves a side — like this woman — who believe that the only people who have any right to claim U.S. citizenship are, I'm guessing, white people, and that everybody else is not welcome.

I think that is a very valid question and a very valid concern that people ought to have. I think that there are certain things that people take for granted, such as birthright citizenship, that nowadays are being put on the table. So, for example, there are members of the Trump administration who have quite openly and forcefully said that they do not believe that birthright citizenship ought to exist. Let's say that you're the child of an undocumented person, even if you're born here, they don't believe that you should have American citizenship.

I mean, the original law that delineated the boundaries of American citizenship, the Immigration and Naturalization Act of 1790, basically limited citizenship to quote unquote, free white persons. And I feel like there are a number of people in this country that pine for those days and want to return to those days. So I don't think that that's an unreasonable concern at all.

I believe you can show allegiance to the United States and you can show your love for a country through a critical examination of it. I don't think that allegiance needs to be blind.

Well, I was amazed at the brazenness of it. Out of the five immigrants that were sworn in that day, there was a woman who is an immigrant from Sudan. Trump signed a immigration ban that basically bans Sudanese immigrants. So this woman, and the other four, whom he praised as absolutely incredible individuals, quote unquote, that this woman would not have been allowed, under his own laws, to become a U.S. citizen. I just was amazed by the whole spectacle of a president who got elected by telling people that we needed a, quote, complete and total shutdown of Muslim immigration, presiding over a naturalization ceremony in which a Muslim immigrant becomes a citizen — from a country that he has banned.

On whether she feels the need to prove her citizenship

No, because I think that for most of us, citizenship is an accident, it is a complete chance that you are born wherever you are born and become a citizen of that country. You don't do anything to sort of earn that right, right? It's just something that you're born with. And I believe you can show allegiance to the United States and you can show your love for a country through a critical examination of it. I don't think that allegiance needs to be blind. I really look at citizenship not as a status, but as a relationship, both with other citizens in the United States and with the government that we as a people have elected. And I think because I look at it as a relationship, then I think that it's an act of care to write a book like this. It's an act of love to write a book that is critical about it, because if you didn't care, you wouldn't want something to be better.

This story was produced for radio by Barry Gordemer and Reena Advani, and adapted for the Web by Petra Mayer.