Accessibility links
Burnout Is Seen As A Societal Problem — One We Can't Solve Alone — In 'Can't Even' Burnout, Anne Helen Petersen argues, will end only with sweeping labor-policy changes — meaning it will end only when we "vote en masse to elect politicians who will agitate for [reform] tirelessly." 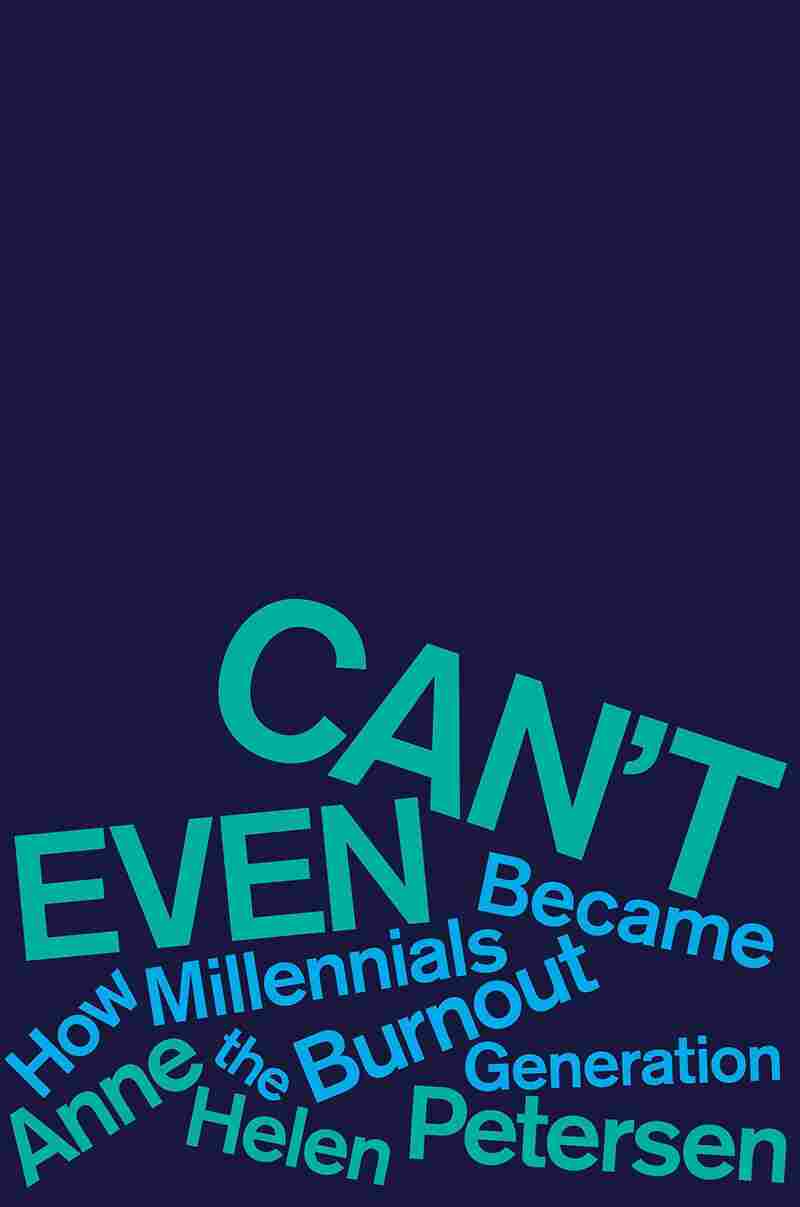 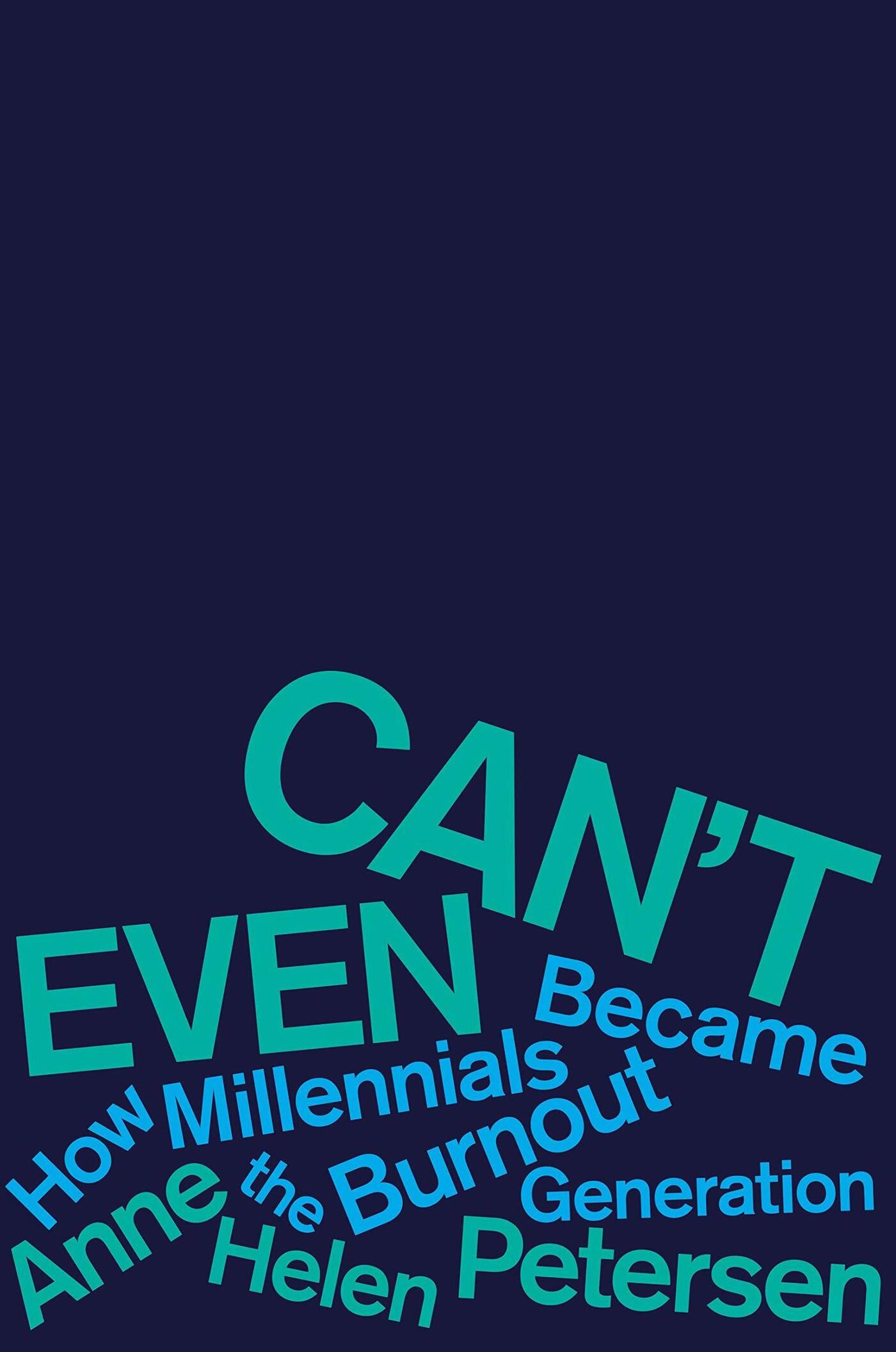 Can't Even: How Millennials Became the Burnout Generation, by Anne Helen Petersen

The culture writer Anne Helen Petersen's third book, Can't Even: How Millennials Became the Burnout Generation, is, strictly speaking, the intellectual outgrowth of a much-discussed BuzzFeed essay that she released in January 2019.

More broadly, it is a brisk, impassioned addition to an emergent mini-genre of journalistic nonfiction: books that rigorously describe and critique a single manifestation of late capitalism, like Conor Dougherty's Golden Gates, which deals with the Bay Area's housing crisis, or Anand Giridharadas' Winners Take All, which excoriates the global elite's "charade," as his subtitle puts it, "of changing the world." It bears pointing out that Giridharadas himself hopes to change the world, as do Dougherty and Petersen. Their works' primary purpose is to convince readers that we need major, public-sector-driven, socioeconomic reform.

In theory, the government can't legislate burnout. But to Petersen, burnout is not a disease but a symptom of labor crisis. The core subject of Can't Even is work. In clarifying the term's meaning, Petersen first describes burnout as a state of persistence past exhaustion — the state, perhaps, of a high school teacher grading AP and GRE exams or a fast-food worker driving for Uber after her shift. This condition, Petersen then notes, has become so prevalent that "in May 2019, the World Health Organization officially recognized it as an 'occupational phenomenon,' resulting from 'chronic workplace stress that has not been successfully managed.' "

"Workplace," here, is a crucial and confusing word. Thanks to the slow collapse of worker protections in the latter decades of the 20th century, the Great Recession and the gig economy's technology-enabled rise, many workers who entered the job market post-2008 — which is to say many millennials — have no discrete workplace or have more than one. We work at home (or rent out our homes on Airbnb, then work elsewhere); we work in our cars, which we turn into taxis; we can work or be summoned to work whenever we unlock our phones. Wherever we go, there work is.

Petersen is quite clear that readers do not have the power to save themselves from burnout. Eliminating it will be "a structural battle," which means "the only way to move forward is to create a vocabulary and a framework that allows us to see ourselves — and the systems that have contributed to our burnout —clearly." This is a smart and attainable goal and one that Petersen succeeds in identifying. In chapters moving from labor history through contemporary work conditions, the decline of leisure and the uncompensated labor of parenthood, she delineates millennials' evolution from pressured, overscheduled, college-résumé-building children to exhausted, overworked, LinkedIn-building adults. At each stage, she emphasizes the crucial points that we must approach burnout in solidarity, not as individuals. Nobody can escape burnout alone.

For Petersen herself, solidarity can prove somewhat tricky. A crucial difficulty inherent to Can't Even is that in setting out to create a portrait of millennial burnout capacious enough to both represent and be relevant to workers across the vast racial, economic and geographic spectrum of the American economy, she required herself to ceaselessly decenter her own experience of burnout. Her 2019 BuzzFeed essay did not do so; Petersen acknowledges this, pointing specifically to the poet Tiana Clark's reply, "This Is What Black Burnout Feels Like," which she credits with guiding her outside her own narrative. Remaining outside the "white middle-class millennial experience," she promises, "is an ongoing and essential part of this project."

On this front, Petersen is less successful. Can't Even relies heavily on personal testimonies that come from a diverse but still white-skewing group of interviewees who are nearly all women. Odd as it is to write this phrase, the male perspective is sadly absent here, which has significant implications in terms of race and class. For instance, Petersen never considers the effect of police brutality on Black men's burnout, or burnout in communities where traditionally male jobs — coal mining, say — have dried up. She is also prone to overfocusing, in various guises, on "the 'obnoxious' task of maintaining appearances," which, while onerous and a sure source of burnout, may not have merited more airtime than, say, the burnout-inducing effects of worse-than-obnoxious tasks like feeding children while living in a food desert.

Petersen might remind me here that "[t]here's no burnout Olympics" — true, but it bears noting that better research and prioritization would have strengthened Can't Even as both a portrait of burnout and a call for solidarity. Still, the book is effective, if imperfect, in both roles, and its flaws may serve to invite more writers into the necessary conversation Petersen has begun. She plainly hopes so. Burnout, Petersen argues, will end only with sweeping labor-policy changes, meaning that it will end only when we "vote en masse to elect politicians who will agitate for [reform] tirelessly." Can't Even offers more than enough motivation to cast such a vote.