Accessibility links
Mitt Romney Will Support Taking Up Trump's Supreme Court Nominee The Republican senator from Utah announced he would "follow the Constitution and precedent" in considering the president's nominee. 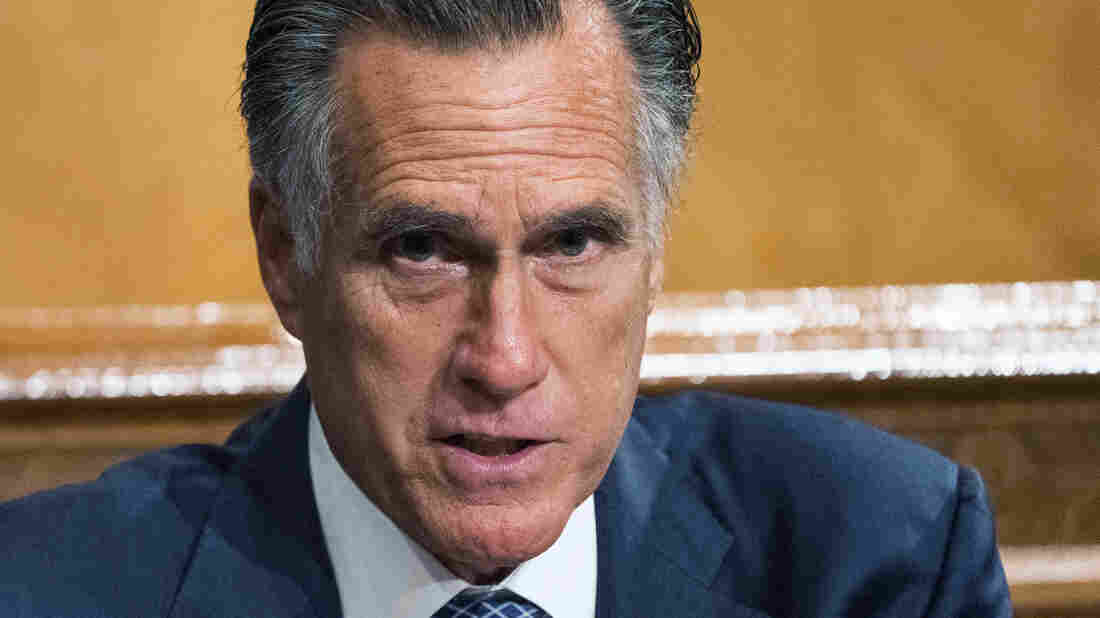 Sen. Mitt Romney says based on the Constitution and precedent he will support the Senate taking up President Trump's Supreme Court nominee in an election year. Manuel Balce Ceneta/AP hide caption 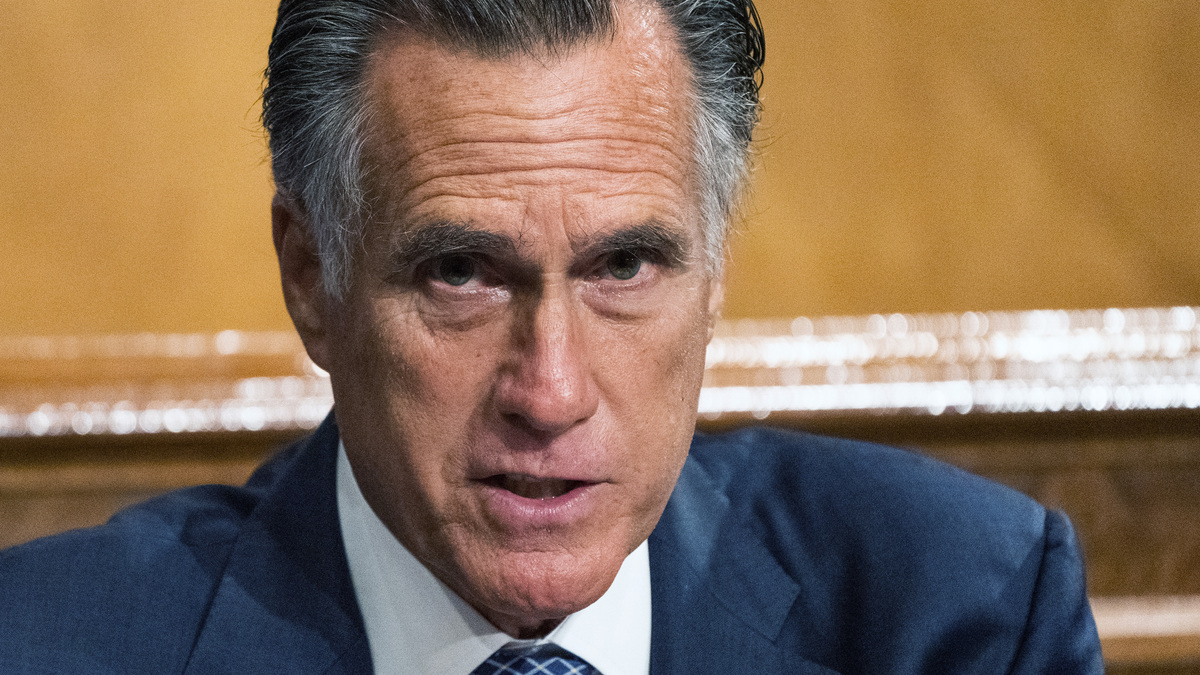 Sen. Mitt Romney says based on the Constitution and precedent he will support the Senate taking up President Trump's Supreme Court nominee in an election year.

Romney issued a statement Tuesday that he intends "to follow the Constitution and precedent in considering the President's nominee." If the nominee reaches the Senate floor he intends "to vote based upon their qualifications."

Romney's support for moving ahead means that Senate Majority Leader Mitch McConnell is all but certain to have the 51 votes he needs to take up the nomination. Just two GOP senators, Susan Collins of Maine and Lisa Murkowski of Alaska, have said they oppose taking up the president's nominee to replace Ruth Bader Ginsburg before the election.

Romney, the party's 2012 nominee for president, has been one of the few Republicans in the Senate to oppose Trump. In his statement, he asserted that the "historical precedent" of election year nominations is that the Senate "generally does not confirm an opposing party's nominee but does confirm a nominee of its own."

Democrats have charged that because the Senate refused to take up President Obama's nomination of Merrick Garland to fill a vacancy in 2016, GOP moves to take up Ginsburg's successor amounts to hypocrisy.

Romney told reporters he wasn't "going to get into the particulars" of whether he would support voting for Trump's nominee in a lame-duck session, or if Democratic nominee Joe Biden defeats Trump in the election.

"I've indicated that what I intend to do is to proceed with the consideration process and if a nominee actually reaches the floor, then I will vote based upon the qualifications of that nominee," he said.

McConnell has not outlined a timetable for taking up Trump's nominee. He told reporters Tuesday afternoon that it's up to Senate Judiciary Committee chairman Lindsey Graham, R-S.C. to schedule hearings.

"The job right now is for this well qualified nominee to be processed in committee and brought to the floor, and that's what I anticipate to happen," McConnell said.

Trump says he will announce his choice on Saturday.