Accessibility links
Courts Extend Vote By Mail Deadlines In Swing States Changes in Wisconsin and North Carolina mean absentee ballots that are postmarked by Election Day will count, if received within six and nine days of the election, respectively. 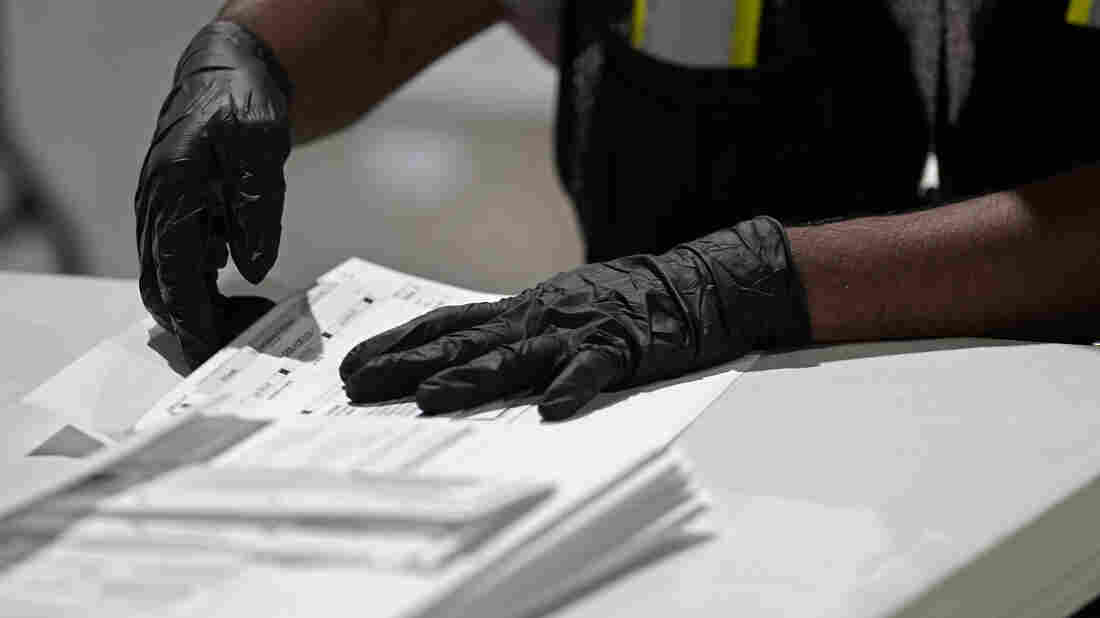 A worker prepares absentee ballots for mailing at the Wake County Board of Elections in Raleigh, N.C., earlier this month. Gerry Broome/AP hide caption 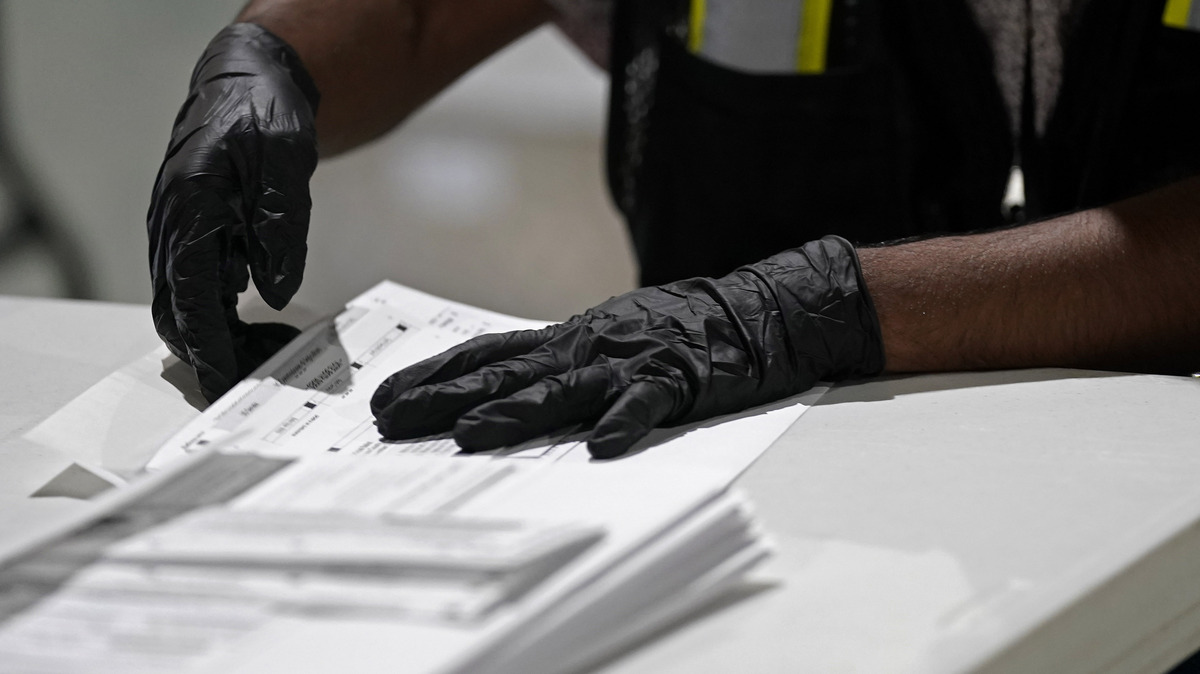 A worker prepares absentee ballots for mailing at the Wake County Board of Elections in Raleigh, N.C., earlier this month.

Voters in a number of swing states this November will have more leeway in getting their mail ballots back in time to count, should rule changes announced in the past week hold up to legal challenges. But the changes could delay the reporting of election results and possibly set up court fights down the line.

In North Carolina, a settlement announced by the State Board of Elections said ballots postmarked by Election Day would count as long as officials receive them within nine days after the election.

And in Wisconsin, a federal judge similarly ruled Monday that ballots postmarked by Election Day would count as long as officials have them in hand within six days after Nov. 3.

Last week, Pennsylvania's Supreme Court said ballots that are postmarked on or before Election Day will be counted so long as they're received within the next three days.

And a Michigan state judge last week also ruled that absentee ballots postmarked by Nov. 3 can be counted if they arrive up to two weeks after Election Day.

The developments could mean more votes will count in the states that would have otherwise been disqualified, but it also could mean a longer wait before a definitive winner is announced in the closely contested battlegrounds. An NPR analysis of absentee ballot rejections during the presidential primaries this spring found that at least 65,000 ballots were rejected for arriving late.

"The broad upshot of this is that in Wisconsin, which is already a very closely watched state, we're going to be watching it for about a week longer before the results can be known," said Eddie Perez, an election administration expert with the OSET Institute.

Even with the changes, Perez noted, North Carolina is in a slightly better position to have at least some of the mail voting results available quickly, because the state allows officials to begin processing received mail ballots two weeks before Election Day.

But in Wisconsin and Pennsylvania, election officials can't begin the arduous process until polls open on Nov. 3.

In a new poll released Wednesday by Quinnipiac University, 63% of likely voters surveyed said they did not believe the country would know who the winning presidential candidate is on election night. Just 30% thought there would be a winner declared on Nov. 3.

Regardless, the new changes could almost certainly play a role in who wins both states.

The judge who made the Wisconsin ruling, Judge William Conley, made a similar ruling in April's primary there, which led to 79,000 additional absentee ballots counting in that election. In 2016, President Trump won Wisconsin by less than 23,000 votes.

Trump won North Carolina by a wider margin, almost 200,000 votes, but that margin is still dwarfed by the more than 970,000 mail ballot requests the state says it has received.

Republicans in many states have signaled an interest in pursuing legal challenges to nullify the new guidelines.

On Monday, Pennsylvania Republicans said they planned to appeal the ballot receipt deadlines to the U.S. Supreme Court.

His statement seemed to say that allowing ballots that have been postmarked by Election Day to count would allow for fraud, as ballots would conveniently be "found" in the days after the election.

It's a similar line to what Republicans have said in previous elections, when results have shifted in favor of Democrats as mail ballots continued to be counted.

"[These rule changes] are going to be attempted to be used for political advantage," said Perez. "There's going to be a lot of political jockeying around what the earliest returns look like in these battleground states."

Even though the results taking more time to be tabulated isn't necessarily a sign of any nefarious activity, such a scenario can still create a fertile ground for misinformation if voters don't know what to expect or are surprised by not knowing the results quickly.

Conspiracy theories flooded the internet in the days after the Iowa Democratic caucuses this year, for instance, after a winner was not immediately known due to a new and largely untested app malfunctioning.

The Department of Homeland Security's Cybersecurity and Infrastructure Security Agency released a bulletin this week addressing that threat.

"Foreign actors and cybercriminals could exploit the time required to certify and announce elections' results by disseminating disinformation that includes reports of voter suppression, cyberattacks targeting election infrastructure, voter or ballot fraud, and other problems intended to convince the public of the elections' illegitimacy," CISA said.

Voters, the agency said, should seek out information from "trustworthy sources," and report social media posts that appear to be spreading false information about results.