Accessibility links
Gale Sayers, Who Wowed NFL Fans And Inspired A Beloved TV Movie, Dies At 77 The story of the Black football star's friendship with a white teammate, Brian Piccolo, who died of cancer inspired the 1971 TV movie Brian's Song. 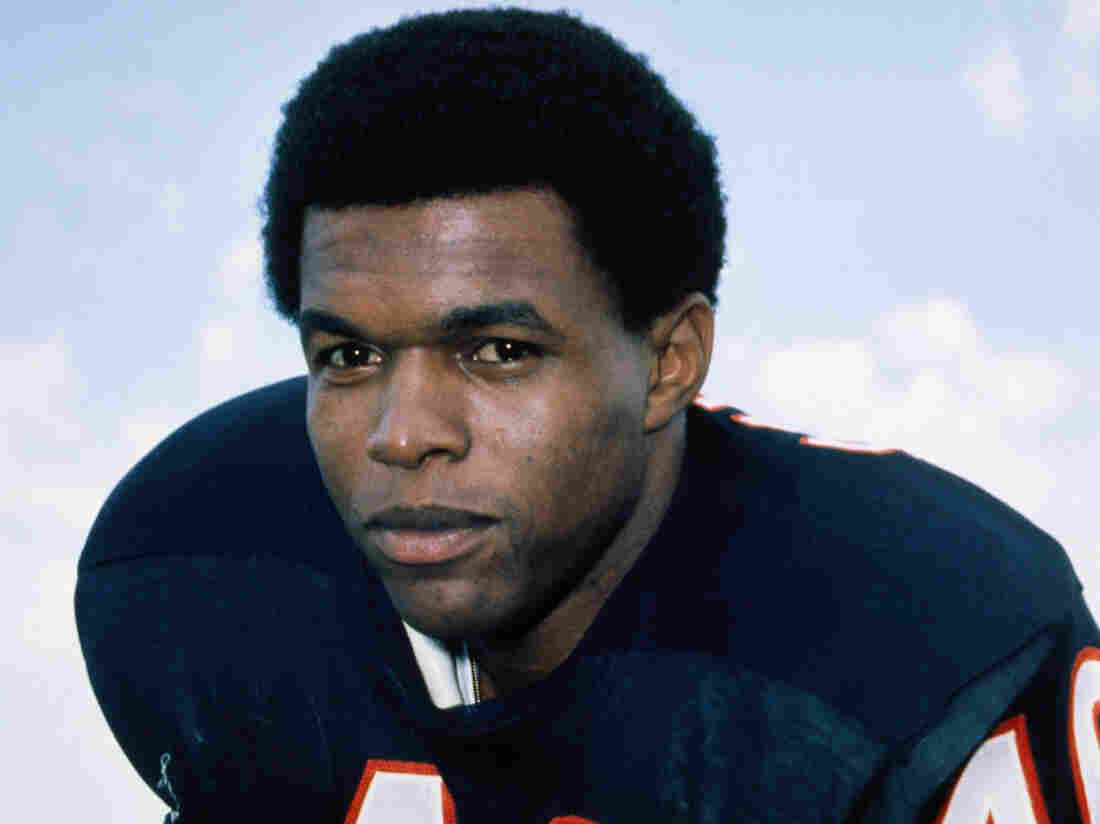 Gale Sayers, who held or shared 12 NFL records when he retired, has died at age 77. He famously dedicated an award to his friend and teammate Brian Piccolo. Bettmann Archive via Getty Images hide caption 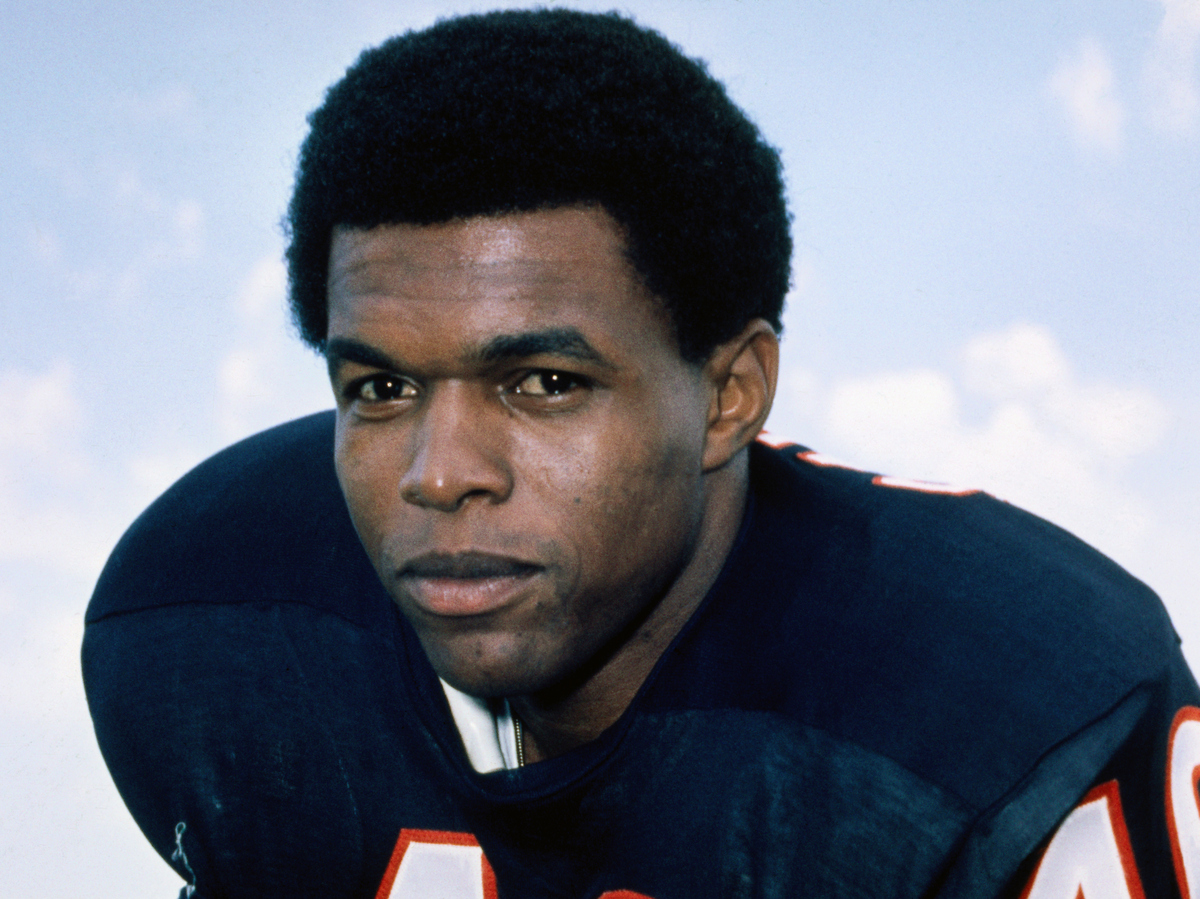 Gale Sayers, who held or shared 12 NFL records when he retired, has died at age 77. He famously dedicated an award to his friend and teammate Brian Piccolo.

Gale Sayers, a graceful and quick Chicago Bears running back whose elusiveness bedeviled defenses and delighted fans, has died, the team and the NFL announced Wednesday. He was 77.

Sayers was a fearsome competitor, but he was also famous for his character and fortitude.

The story of the Black football star's friendship with a white teammate, Brian Piccolo, inspired the beloved 1971 TV movie Brian's Song, after Sayers used his acceptance speech for the NFL's Most Courageous Player award to praise his less-heralded friend who was battling cancer.

At that ceremony in 1971, Sayers said he would give his trophy to Piccolo, because his friend had true courage.

"I love Brian Piccolo, and I'd like all of you to love him, too," Sayers said. "And tonight, when you hit your knees, please ask God to love him."

Piccolo, who had been Sayers' roommate, died less than a month later at the age of 26.

Actor Billy Dee Williams, who played Sayers in Brian's Song alongside James Caan, said on Wednesday, "My heart is broken over the loss of my dear friend, Gale Sayers." It was an honor, he said, to portray Sayers.

Sayers hit the NFL like a bolt from the blue, scoring 22 touchdowns as a rookie – including six in one game. His versatile talents also made him a dangerous receiver and kick returner. In his second season out of Kansas, Sayers set a then-NFL record with 2,440 net yards.

"Just give me 18 inches of daylight. That's all I need," Sayers famously declared.

He lived up to the statement on seemingly every Sunday, squeezing his 6-foot frame through defensive lines and carving through secondaries. All the while, he kept his eyes downfield, ready to swivel or hurdle his way toward the end zone.

"Gale was an electrifying and elusive runner who thrilled fans every time he touched the ball. He earned his place as a first-ballot Hall of Famer," NFL Commissioner Roger Goodell said in a statement.

"We will also forever remember Gale for his inspiration and kindness," Goodell said. "Gale's quiet unassuming demeanor belied his determination, competitiveness and compassion."

Sayers' time in the NFL was shortened by a series of knee and ankle injuries, playing from 1965-71. His legend continued to grow despite a devastating injury to his right knee that curtailed his 1968 season. But just one year later, Sayers bounced back to play in 14 games and lead the NFL in rushing, with more than 1,000 yards. He put up those numbers despite playing on a woeful Bears team that went 1-13.

Sayers retired after the 1971 season. At the time, he held or shared 12 NFL records.

"In 1977, at the age of 34, Sayers became the youngest man ever inducted into the Hall of Fame," the Chicago Bears website notes. "His effective playing time of 68 games is also the shortest of any Hall of Famer."