Accessibility links
Trump Warns Social Media As Justice Department Aims To Weaken Tech's Legal Shield The Justice Department's proposal would hold Facebook and Twitter more accountable for users' posts. One critic says the Trump administration is "trying to work the refs ahead of the election." 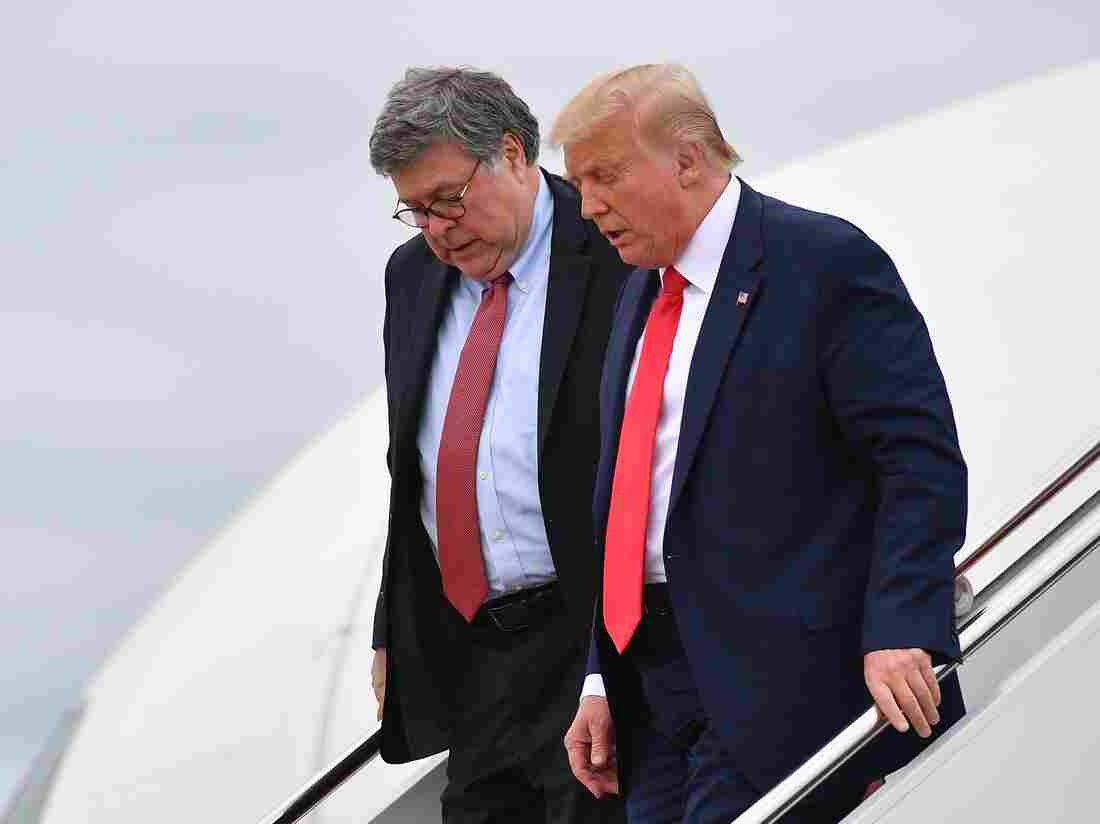 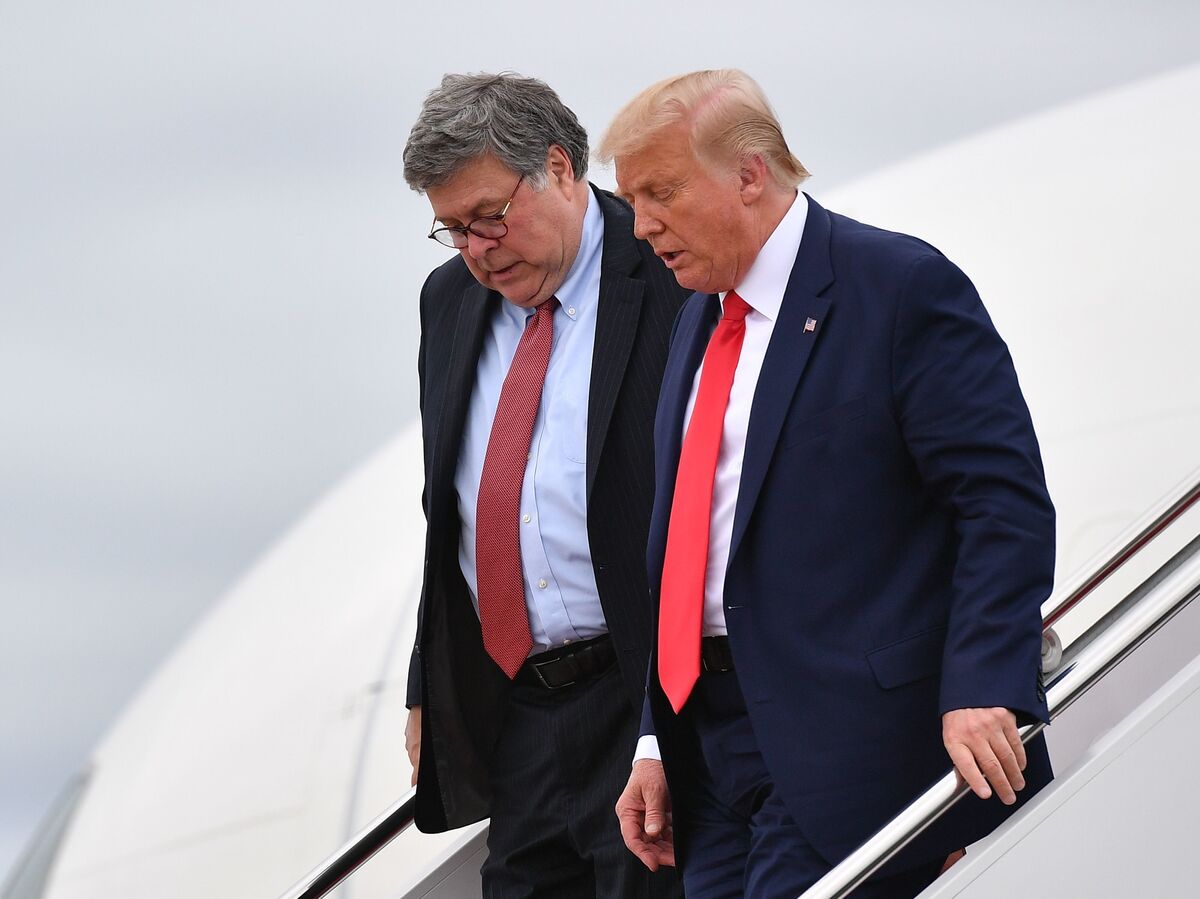 President Trump warned tech companies he is "watching them very closely during this election cycle" as his administration proposed stripping online platforms of long-held legal protections.

"We see so many things that are unfair," Trump said during at a White House discussion with Republican state attorneys general about social media. "It's very serious. Very bad. Very serious."

Trump has increased his attacks on social media platforms as both Twitter and Facebook have moved more aggressively to label or even remove his posts that break their rules on inciting violence or spreading misinformation about the election or the coronavirus.

Republicans have long argued that the platforms censor conservative voices, without offering clear evidence to support their claims. Trump repeated those accusations on Wednesday.

"At the urging of the radical left, these platforms have become intolerant of diverse political views and abusive toward their own users," he said.

The president's comments came on the same day the Justice Department asked Congress to pass legislation holding companies such as Facebook, Twitter and Google more accountable for what is shared on their platforms.

The proposed changes would reshape Section 230 of the Communications Decency Act of 1996, which has long protected websites from lawsuits over the content users post, and the decisions the companies make about moderating or removing content.

"For too long Section 230 has provided a shield for online platforms to operate with impunity," said Attorney General William P. Barr in a statement. "Ensuring that the internet is a safe, but also vibrant, open and competitive environment is vitally important to America. We therefore urge Congress to make these necessary reforms to Section 230 and begin to hold online platforms accountable both when they unlawfully censor speech and when they knowingly facilitate criminal activity online."

The legislative proposal sent to Congress on Wednesday calls for changing Section 230 in two ways. It narrows the circumstances under which tech companies can claim legal immunity for their decisions about what content to remove, and it strips that protection entirely if they do not apply their content moderation standards consistently across the board.

It would also strip platforms of legal immunity in cases involving "illicit content," such as if they facilitate or fail to remove harmful criminal activity, or in cases involving child sexual abuse, terrorism and cyberstalking. Tech platforms can already be sued over posts related to certain crimes, such as sex trafficking.

Tech companies largely oppose paring Section 230's protections, which they say have been essential to the development of the internet. Now with the election just weeks away, some warn that the legislation could make tech platforms reluctant to act on potentially harmful disinformation.

"These amendments would make it near impossible to remove election interference from foreign states like Russia or China, denigration of America's veterans, fake reviews, and dangerous products — all things we need to be worried about as consumers and as voters during this tense election cycle," said Carl Szabo, vice president at NetChoice, a trade association that represents represents Facebook, Google and Twitter.

Trump ordered federal regulators to reexamine Section 230 in May, after Twitter put warnings on tweets in which he made false claims about mail-in voting and violated the company's rules against glorifying violence. In an executive order, the president said the tech companies have "unchecked power to censor, restrict, edit, shape, hide, alter" a large sphere of human interaction.

Pressure has been growing on both sides of the political divide to overhaul the liability shield. Democratic presidential nominee Joe Biden has said Section 230 should be "revoked", arguing that tech companies should be held to the same standards as media companies, which can be sued for printing falsehoods.

He said in a statement: "Attorney General Barr's DOJ is continuing to act as an arm of the Trump campaign, trying to work the refs ahead of the election. This proposal is a warmed-over mishmash of existing Republican proposals to force private companies to host lies, misinformation, hate speech and other slime online."