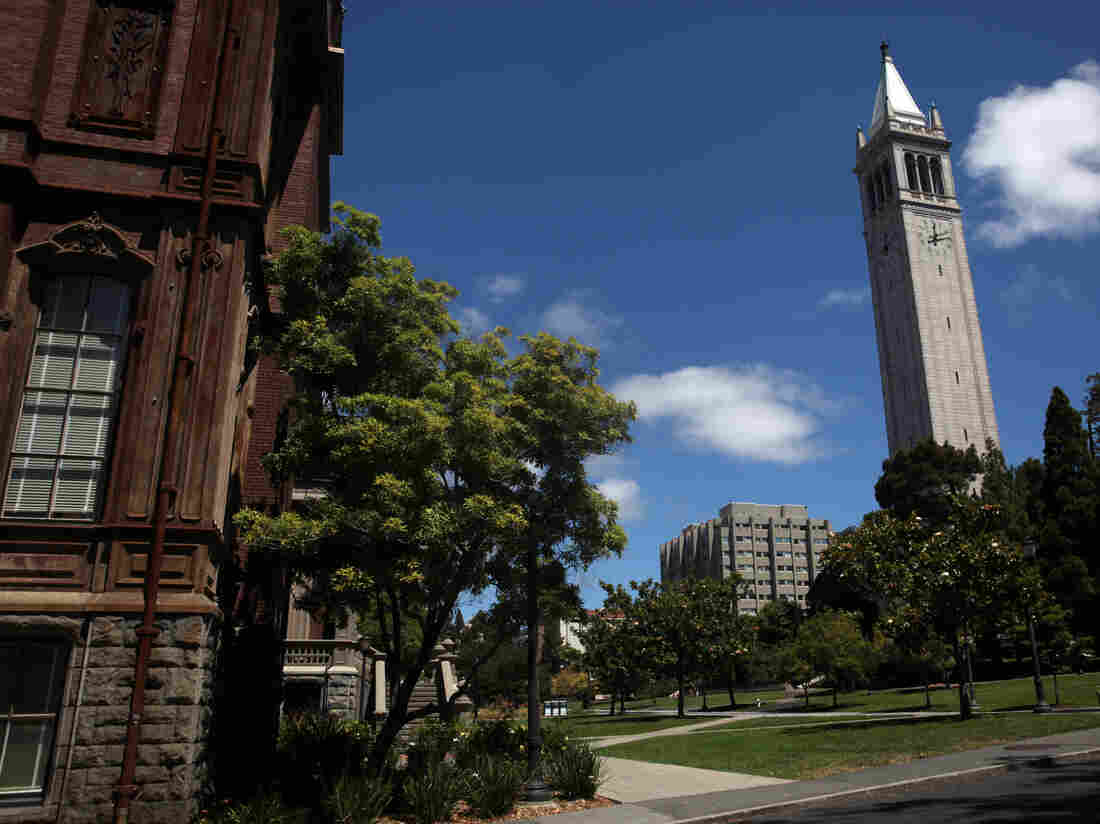 The UC Berkeley campus sits empty on July 22.The University of California admitted at least 64 students over more qualified applicants due to the students' connections to university staff or donors, according to a California state audit released Tuesday. Justin Sullivan/Getty Images hide caption 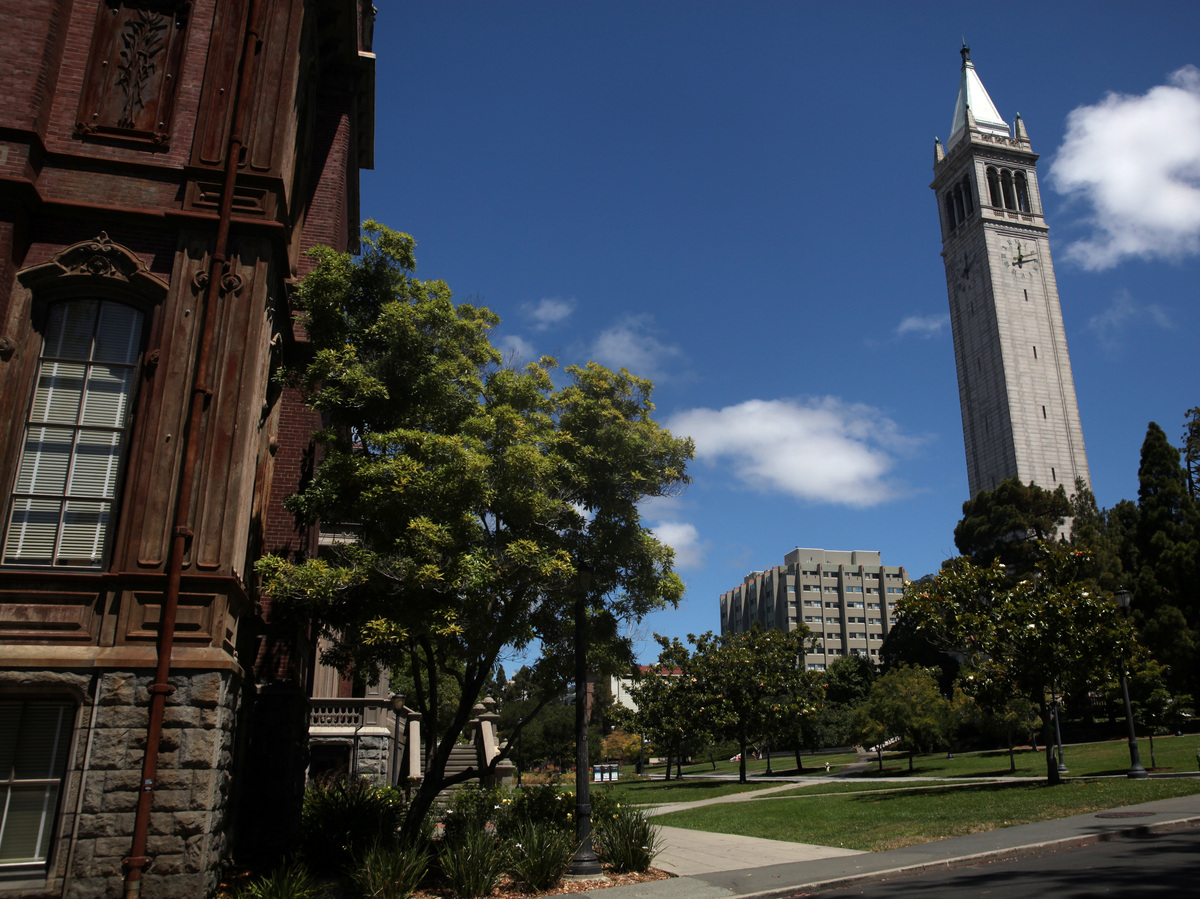 The UC Berkeley campus sits empty on July 22.The University of California admitted at least 64 students over more qualified applicants due to the students' connections to university staff or donors, according to a California state audit released Tuesday.

The University of California was found to have admitted at least 64 students over more qualified applicants because of the students' connections to university staff or donors, according to a California state audit released Tuesday.

Auditors found that UC Berkeley admitted 42 applicants because of their connections to donors and university staff, including one example where a regent violated university policy by improperly advocating for a student. Most of these applicants were white and at least half had annual family incomes of $150,000 or more. These students do not include two already identified in the 2019 national college admissions scandal, according to the audit.

"The pervasiveness of this problem at UC Berkeley demonstrates that campus leadership has failed to establish a campus culture that values commitment to an admissions process based on fairness and applicants' merits and achievements," auditors stated in the document.

Of the 64, there were 22 applicants falsely admitted as student-athletes "as favors to donors and friends," despite having little demonstrated ability and not participating on the teams long term. In some cases, the university seemed to admit applicants in exchange for promised donations to the athletic department, according to the audit.

The report says there are likely even more students who were improperly admitted as athletes than auditors could identify. This is because the audit only looked at a fraction of the university's athletic programs, and among the ones it scrutinized, 400 athletes disappeared from team rosters after a year, many who had questionable admissions and athletic backgrounds, the audit states. The audit only included cases in its count of 22 that had definite evidence of impropriety, such as email conversations.

"The university undermined the fairness and integrity of its admissions process and deprived more qualified students of the opportunity for admission," state auditor Elaine Howle wrote in a letter released with the audit to California Gov. Gavin Newsom and state legislative leaders.

"The University will swiftly address the concerns the State Auditor raised. Furthermore, individuals involved in improper activities will be disciplined appropriately," UC President Michael Drake said in a statement. "Our entire organization is committed to a level playing field for every applicant. Unethical means to gain admission, as rare as they may be, run contrary to our longstanding values of equity and fairness."

Drake added that UC will "conduct a thorough review of the audit finding" and plan corrective actions with the campuses.

Inconsistencies and a lack of policies preventing implicit biases could also play a role on who is accepted and who isn't at the university, according to the audit. The audit found a demonstrated lack of consistency for the ways applications were evaluated across campuses and within individual institutions themselves. These inconsistencies could heavily influence the chances of an applicant being accepted depending on who read it, the audit stated.

According to the audit, it was sometimes hard to determine why some students were accepted while others weren't. An example it provided was in the academic year 2019–20, UCLA admitted into the College of Letters and Science only 18% applicants — about 1,000 — who application evaluators designated as recommended for admission. However, in the same college and same year, it admitted more than 1,100 applicants who rated lower — some who weren't competitive to be recommended.

The audit did not include names of students who were improperly admitted but did include examples of those who were less qualified than other applicants who were denied admission.

One had babysat for a colleague of the former director of undergraduate admissions. One had a family member who was a friend of a regent. Another was the child of a major donor. One applicant's family promised a large donation. All of them were admitted.

Following the massive college admissions scandal that involved UCLA among many other institutions dubbed Operation Varsity Blues, the University of California underwent its own internal audit, implementing several recommendations following its own system-wide look at admission practices. This audit was released earlier this year and only identified two cases of possible improper admissions.

However, the state auditor said because campuses were allowed to evaluate themselves, that study was incomplete and there was more to be done.

"The office of the president has allowed the weaknesses in these practices to persist because it has not conducted adequate oversight of campuses' admissions processes," she wrote.