Accessibility links
Trump Says FDA Is Playing Politics With COVID-19 Vaccine Referring to a report that the FDA plans to tighten requirements for a vaccine, Trump said, "That sounds like a political move." 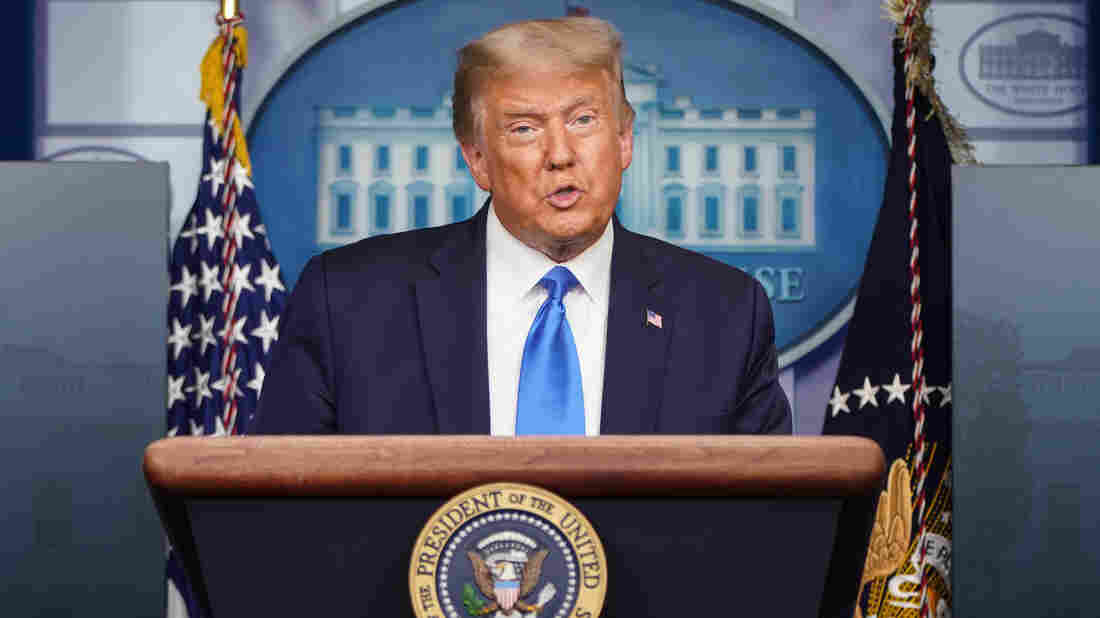 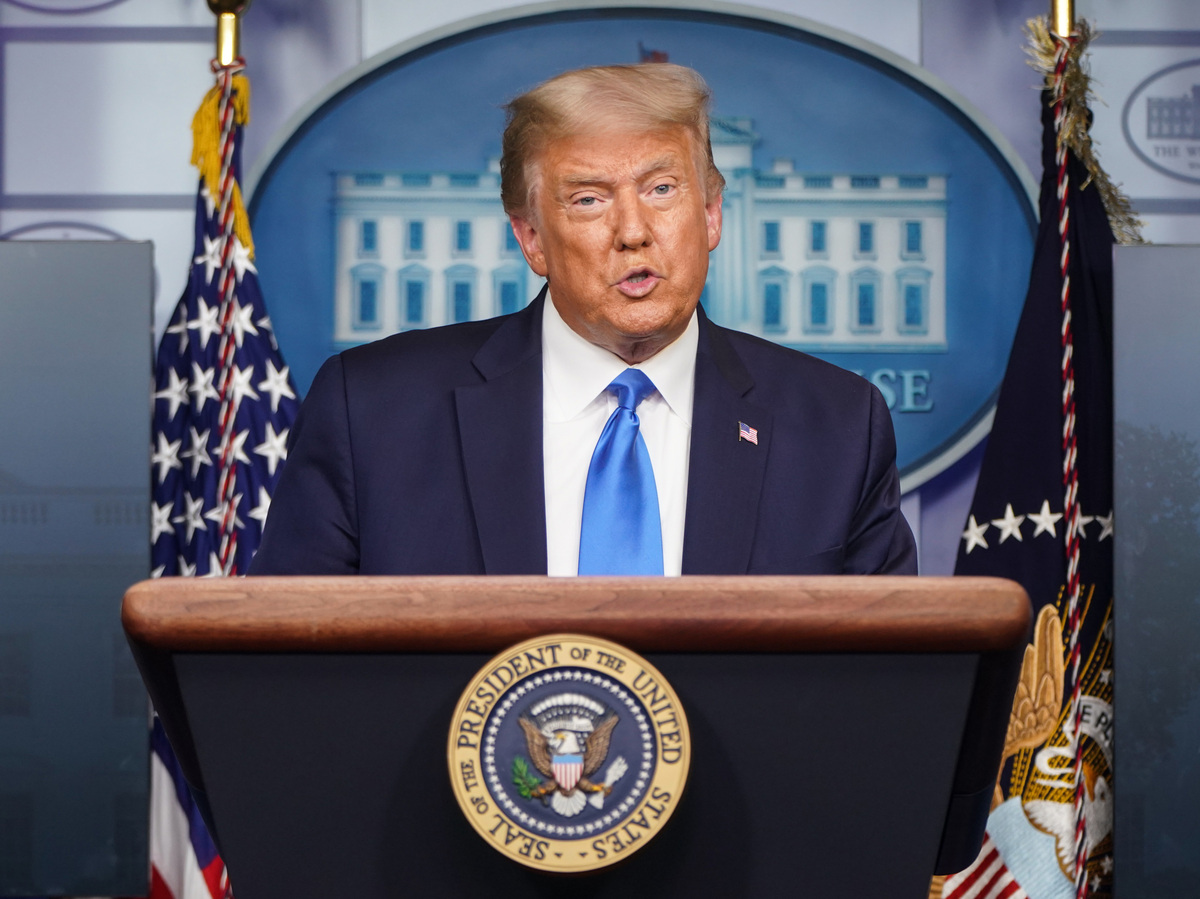 Trump was apparently reacting to a Tuesday report in the New York Times that said the agency will soon move to tighten requirements for emergency authorization of any coronavirus vaccine to better ensure its safety and effectiveness.

"I think that was a political move more than anything else," he said.

The timing of a vaccine has been an issue of contention between the president and health experts.

Trump has directly contradicted Centers for Disease Control and Prevention Director Robert Redfield on an estimate for widespread release of a vaccine, saying that such distribution of a vaccine would happen before the end of the year. Trump has also said that "every American" will have access to a vaccine by April.

Redfield has testified to Congress that a vaccine would likely not be widely available until next spring or summer.

Multiple potential vaccines are undergoing testing. Top health officials vowed in a hearing on Capitol Hill Wednesday that a COVID-19 vaccine would not be approved until it met "vigorous expectations" for safety and effectiveness.