Accessibility links
How To Be A Poll Worker on Election Day Election officials are already reporting a shortage of poll workers for the Nov. 3 election. Here's how to sign up. 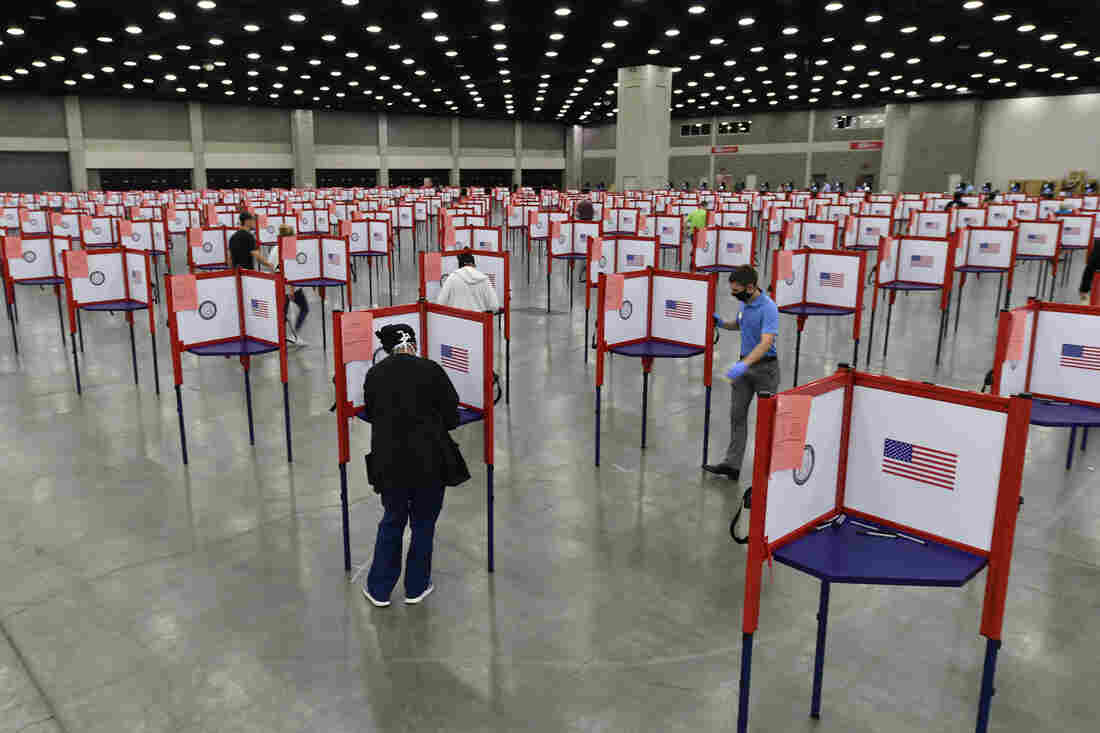 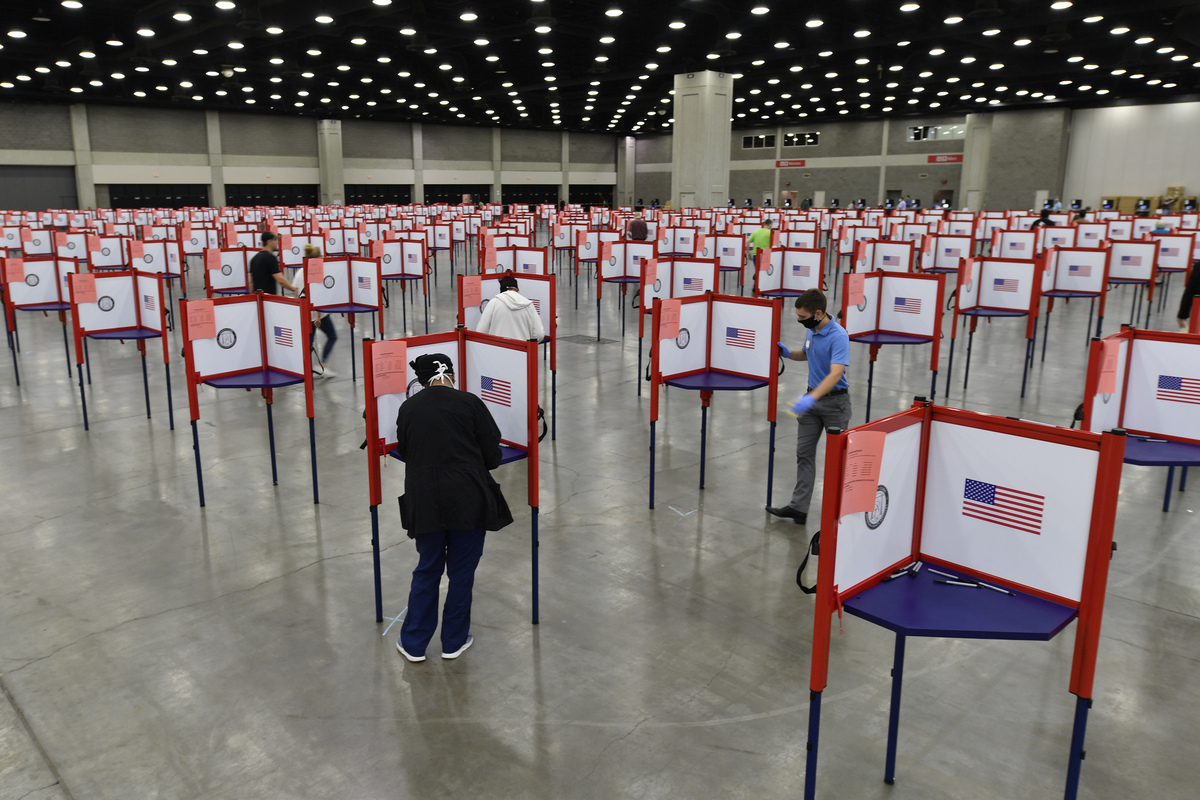 Voters cast their ballots in the Kentucky primary in Louisville in June.

If you've ever voted in-person, you've been helped by a poll worker: they've checked you in and pointed you in the right direction to cast your ballot. Maybe it was your retired neighbor, even a family member or former teacher, greeting you at the polls year after year.

This year, many of those folks are avoiding public spaces.

Risk of severe illness from COVID-19 increases with age, and in the 2018 general election, 58% of poll workers were 61 or older, according to the Election Assistance Commission. Over a quarter of them were 71 or older.

Wanted: Young People To Work The Polls This November

"In normal circumstances, election officials find it very difficult to have enough poll workers to run elections," says Sylvia Albert, Director of Voting and Elections at the watchdog group Common Cause. This year, she says, "the problem is exponentially larger."

Election officials worry there won't be enough poll workers to staff polling places at sufficient levels, and if that's the case, precincts will have to be consolidated. During the primaries, for example, officials in Milwaukee reduced the number of polling places in the city from 180 to five, citing a poll worker shortage early in the COVID-19 pandemic. 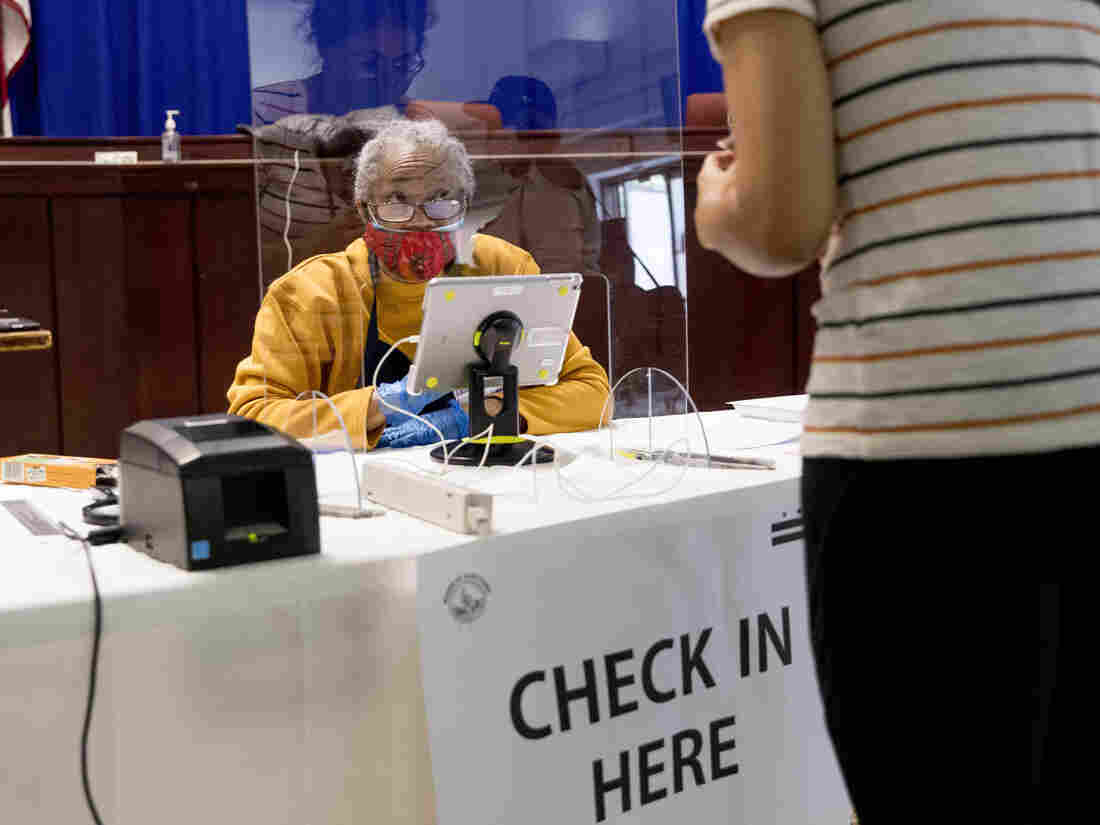 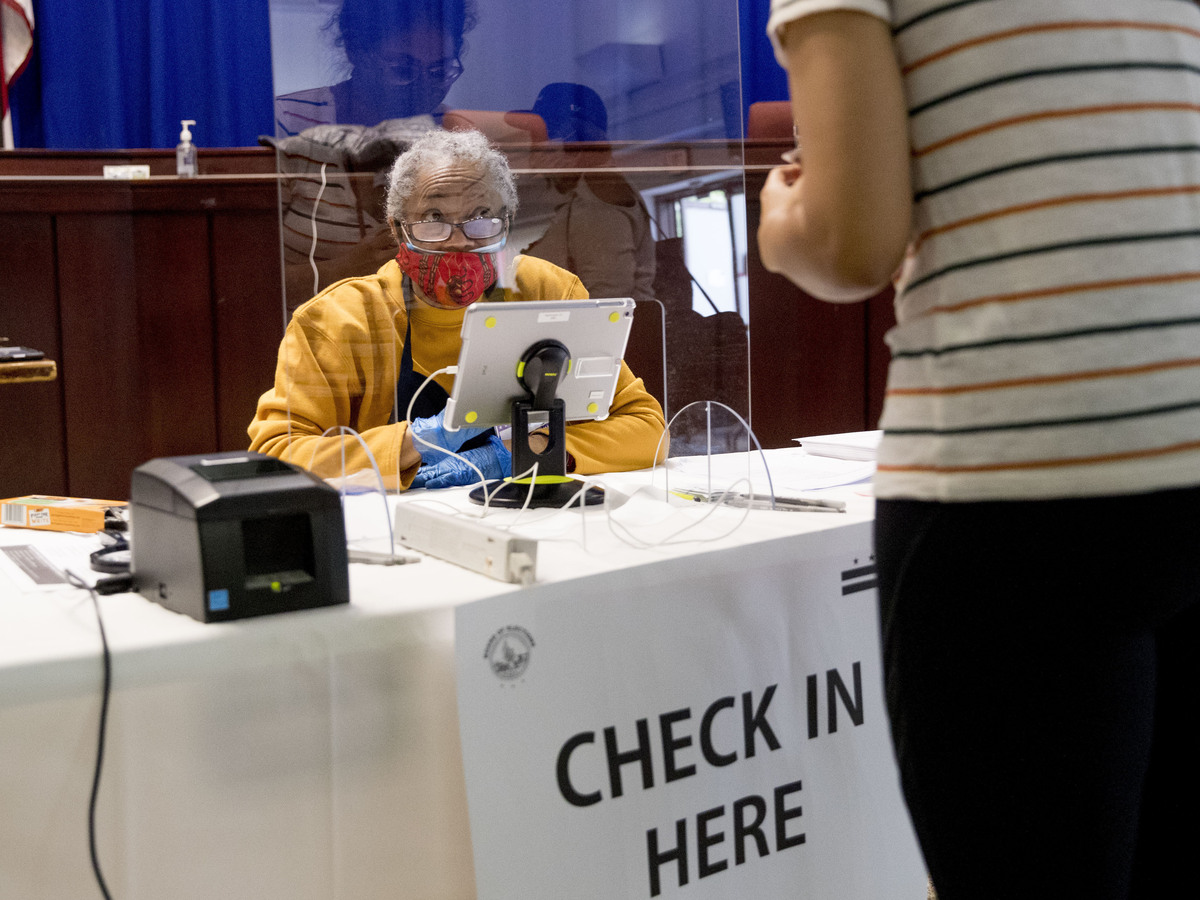 Poll worker Beverly Talley checks in a voter during primary voting in Washington, D.C. on June 2.

You can sign up to work the polls in your area through Power the Polls. Look up the requirements and even the training materials in your state or jurisdiction here, through the Fair Elections Center.

In many states, you need to be a registered voter to work on election day, and most voter registration deadlines are early-to-mid October.

Sign up as soon as possible. Now is probably a good time. States have already begun training their poll workers, and many aim to finish by the end of October.

And here's the good news: Working the polls is a commitment — but it's not a volunteer activity. It's paid. The Fair Elections Center will tell you how much you can expect to make.

Ask if you don't understand

In most states, poll workers are trained on their job duties before election day, but the exact training material varies from place to place. Ask for visual references and practice working with voting equipment if you're given the opportunity to do so.

If you don't understand the material, make sure to ask. Don't assume you can wing it on Election Day. It's a nationwide presidential election in the middle of a pandemic, not a statistics quiz.

Don't forget to bring snacks and wear comfortable clothes and shoes, says Albert at Common Cause. You'll also want to bring a charger or battery backup for your phone.

This year, states and cities will usually supply PPE for poll workers — but, as always, bringing your own mask and taking COVID-19 precautions is a good idea, to keep people around you safe and healthy.

Don't forget to enjoy it. You're making democracy happen.