Accessibility links
You Think Your Favorite Video Game Is Hard? Try Speedrunning It Speedrunning is the quirky subculture dedicated to playing through video games as fast as is humanly possible, exploiting glitches in game code and advanced techniques to barrel ahead. 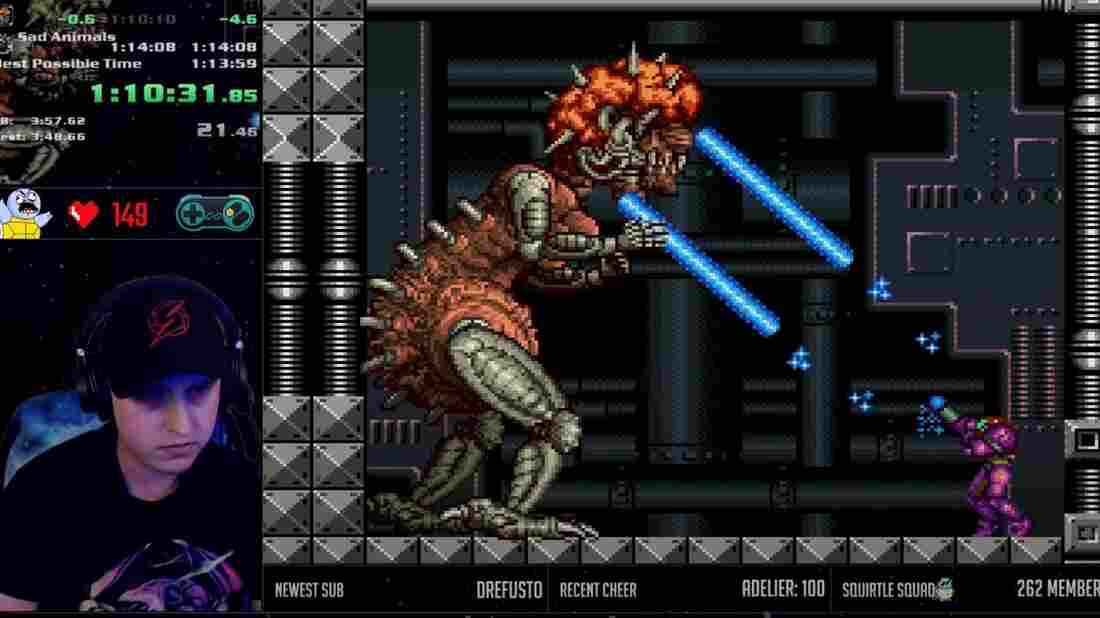 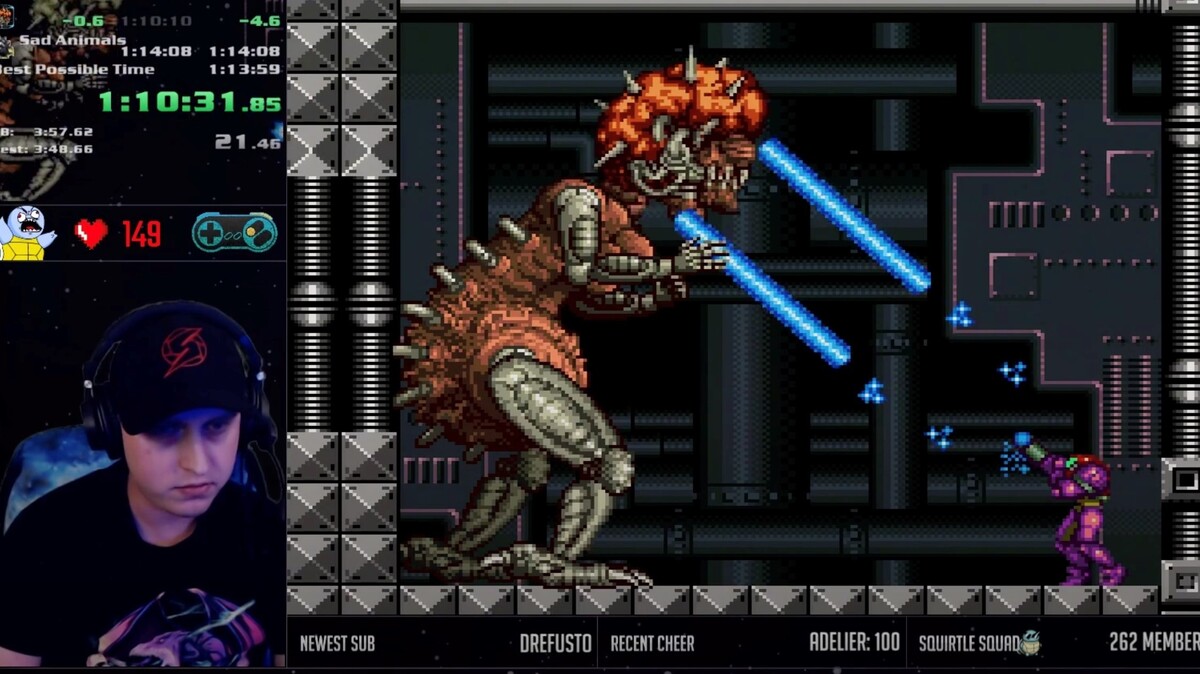 To an uninformed viewer, it might seem silly. They're playing the game all wrong! Why is his character glitching out like that? Is she just smashing Mario into a wall? How did he just fly through the ceiling? Wait! She just skipped a crucial part of the game! But it's not silly — it's speedrunning.

Speedrunning is a popular form of entertainment in the gaming community: Instead of puttering around, exploring game worlds, players try to break records by finishing games in as little time as possible, often using glitches in a game's code and advanced techniques to skip ahead.

By day, Chris Tominkson is a cyber security engineer with a wife and three kids. He's finishing up his degree in Cyber Security and Information Assurance at Western Governors University. His schedule is packed, but that doesn't mean he doesn't make time for his favorite hobby.

When he's not studying for finals or working his 9-5, he's ShinyZeni, a gamer who spends more than 20 hours a week playing Super Metroid. He doesn't just play casually, though. ShinyZeni is a speedrunner.

I Thought A Zoo: Simulated Games For Isolated Times

Tomkinson first started speedrunning in the early 2000s when he stumbled across SpeedDemosArchive, a large collection of video games and their respective runs.

"I remember looking up Super Metroid, as it was one of my favorite games back then, and seeing that someone had successfully completed the game with 100% of the items in under an hour," he says. "It absolutely blew me away. I decided I wanted to try it myself, casually, so I got out my SNES and started trying to copy the different tricks I saw them doing in their run."

Speedrunning isn't easy. Finishing a game at normal speeds can be hard enough, but doing it at a record pace with as few mistakes as possible takes a lot of practice and patience.

"There are two parts to any speedrun," Tomkinson says. "First you need to do the research, such as developing routing through the game ... and for me, at least, I find it important to understand why things work the way they do."

That understanding is key to a good run. Runners often have to make intricate maneuvers to activate a glitch, such as "freezing an enemy in a pixel perfect position so a player can clip through platforms that would normally block their progression," Tomkinson says.

Once Tomkinson has a solid layout of the game, it's time to start practicing. This means playing through the game over and over and redoing parts that need refining. "Between my other responsibilities like work, family, and school and Super Metroid, I honestly don't have much free time," he says.

Speedrunning can be more than just a hobby. Tomkinson recently participated in Summer Games Done Quick, an event hosted by Games Done Quick. It's a charity fundraising organization that raises money for a variety of causes by bringing together speedrunners to finish games as quickly as they can. Spectators tune in (online only this year, because of the pandemic), watch their favorites play at breakneck speeds, and donate money.

Not many gaming communities share their discoveries and work towards a common goal as you see in speedrunning.

"I enjoy seeing games completed in ways no one ever expected. Not only do you see impressive displays of skill, but you develop a deeper understanding of how games are designed and function," she says. "It pulls back the curtain to reveal the magic and creativity game developers use to make their games."

And, Yogi says, she appreciates the creativity and camaraderie of speedrunners. "Not many gaming communities share their discoveries and work towards a common goal as you see in speedrunning," she says."Although only one person can hold a world record at a time, everyone combines their efforts to see that record drop lower and lower."

Competition is usually at the core of most gaming communities. Players go head-to-head in shooters, fighting games, sports games and other genres until a winning individual or team comes out on top. And while there are speedrun races, most speedrunners aren't in it to defeat an opponent; the opponent is a ticking clock.

Of course there is always friendly competition, and sometimes old grudges that need to be handled, but at the end of the day it's all of us versus our game.

"Something really cool about the Super Metroid community... is that rarely do you find runners in direct conflict with each other," says Chris Tomkinson. "Of course there is always friendly competition, and sometimes old grudges that need to be handled, but at the end of the day it's all of us versus our game."

Speedrunning is an unusual hobby born out of something totally normal. Playing video games in one's spare time isn't unique, but breaking a game's mechanics to beat it as fast as possible definitely is. It isn't necessarily lucrative, but it's a powerful escape for players. Take it from Tomkinson — aka ShinyZeni — a veteran who even after 15 years of speedrunning the same game still manages to keep himself entertained.

"Streaming Super Metroid has become a huge staple in my life. It's the primary thing I do to get away from the everyday stresses of working full time, being a husband and father, finishing my degree in school, and generally trying to get through life."

Keller Gordon is a columnist for Join The Game. Find him on Twitter: @kelbot_