Accessibility links
Working From Home: Some Offices Start Reopening To Recapture Missing Spark Face-to-face contact has long been seen as crucial to workplace creativity. But what do you do when in-person collaboration could pose a serious health risk in the COVID-19 era? 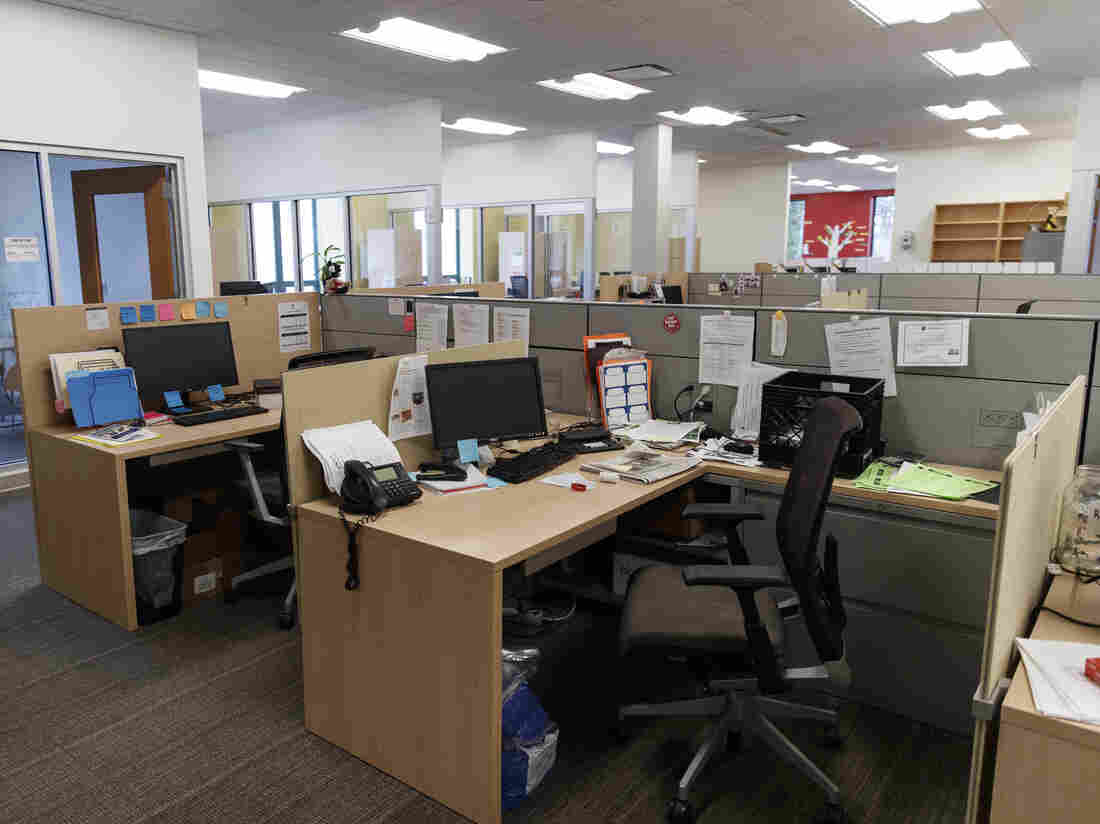 The office of Capital Area Food Bank stands empty in Washington in March. Many companies across the country have adopted work-from-home policies, raising concerns among some employers that some of the office buzz is gone. Carolyn Kaster/AP hide caption 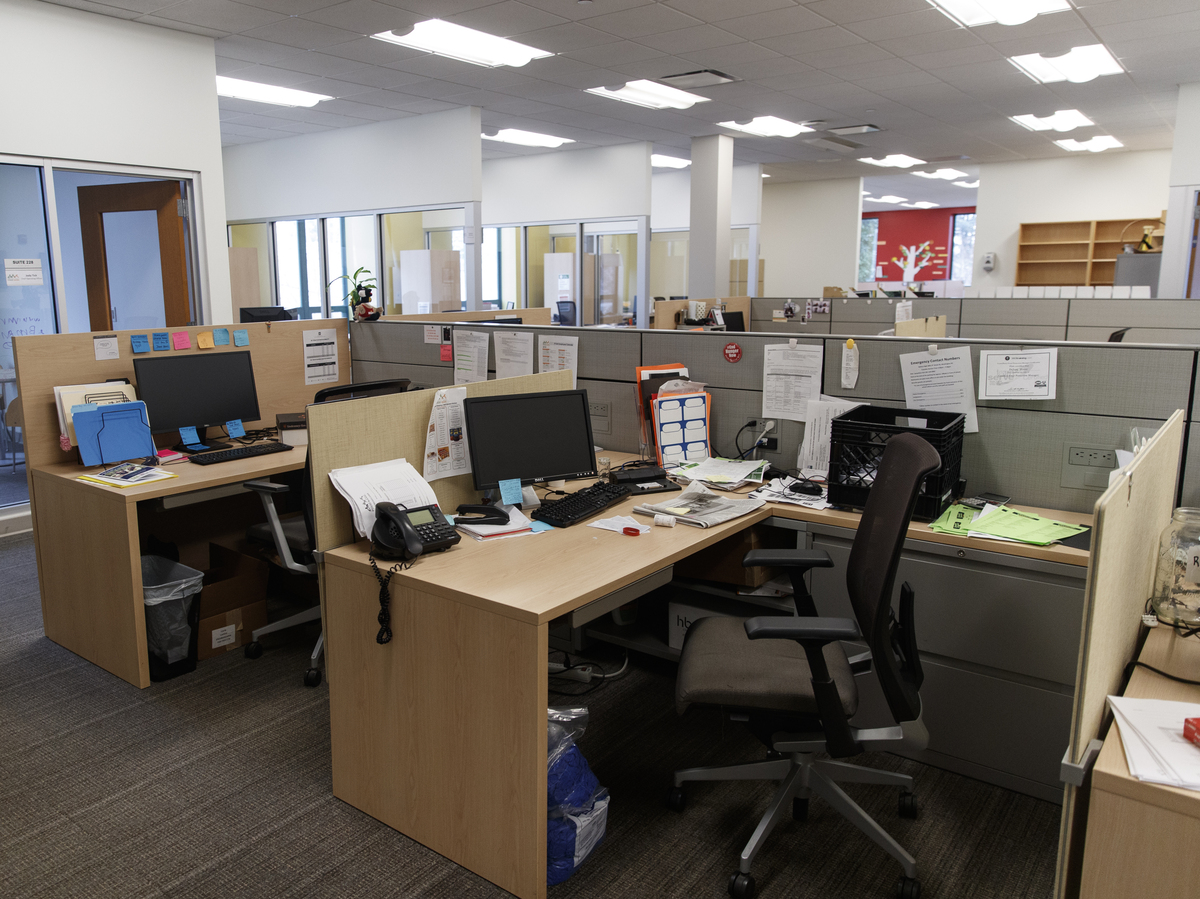 The office of Capital Area Food Bank stands empty in Washington in March. Many companies across the country have adopted work-from-home policies, raising concerns among some employers that some of the office buzz is gone.

JPMorgan Chase CEO Jamie Dimon calls it "creative combustion": The serendipity that results when people work side by side, bouncing ideas off each other and coming up with innovative ways to address problems.

The problem is, in the era of the coronavirus pandemic, that type of in-person collaboration is pretty much what businesses have wanted to avoid.

But some CEOs are now willing to take a risk in search of some of that lost magic.

Dimon has been among those executives calling to slowly and carefully reopen offices, warning the continued lockdowns could damage the economy and society.

The bank, the biggest in the U.S. by assets, has been slowly bringing some of its trading and sales staff back to the office after putting in place safety measures such as temperature checks and distanced desks. JPMorgan says those who prefer to work at home can still do so.

During a recent meeting with analysts, Dimon even said productivity has fallen at some parts of the bank, especially on Mondays and Fridays.

"There's a huge value to working together, in terms of collaboration and creativity and training the younger people," Dimon told MSNBC recently.

Coming back to once-deserted offices would come as a big change for millions of employees who have grown used to working from home, replacing long commutes on subways or crowded highways with Zoom calls in their pajama bottoms.

But Nicholas Bloom, professor of economics at Stanford University, says there may be a benefit to bringing people back to work.

A decade ago, Bloom co-authored a widely discussed study looking at a travel company in China that allowed many of its employees to work from home.

They found that employees who stayed home were actually 13% more productive than those who worked in the office — but Bloom adds a big note of caution.

Most of the travel company's employees worked rote jobs, such as answering customer service calls.

To generate the kind of innovation that drives real growth at a company, people need a certain amount of face-to-face contact with their colleagues, Bloom argued. That's because the best ideas often bubble up during relaxed moments at work, such as chatting with colleagues after a meeting or simply sharing lunch.

"That kind of thing is actually missing in video calls, and it seems that that's actually important for creativity," Bloom said.

Google Employees Can Work From Home Until July 2021

Bloom is not the only one. Kathryn Wylde, president of the Partnership for New York City, which advocates for business interests, has talked extensively with CEOs, and she keeps hearing a common complaint: That without in-person collaboration, financial services companies will have trouble recruiting and training young workers.

"They've got young people for whom being in the mix and seeing how senior bankers behave has been a critical part of learning the business. It's a real loss not to have them be able to be part of that," Wylde said.

Still, so far most companies are keeping workers at home. In New York, Wylde says only a small number of white-collar workers have trickled back to the office.

Many workers seem to enjoy working from home. Ric Castillo took a job as a verifications analyst at a medical supply company in Arizona last winter. Almost immediately, COVID-19 struck and he was told to work at home. He now sees it as the way to go.

"If there are things you can do at home and do better, in a time that works better with your balance, a modern, forward-thinking organization would be silly not to do that," Castillo said.

And the return to the office isn't without some risk at a time when the number of coronavirus cases continues to climb.

Just days after JPMorgan announced it was calling some of its workers back from home, the bank had to send some of those at the office back to home: An employee in its equities trading division had tested positive for the coronavirus.