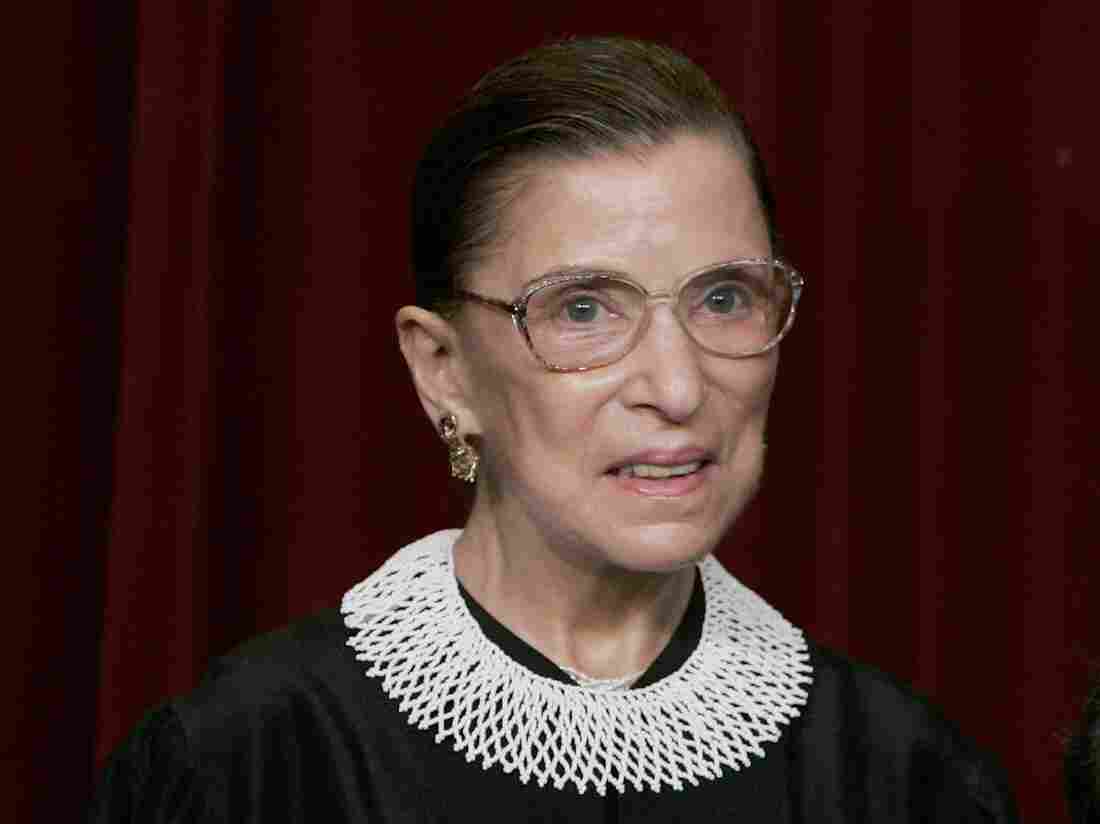 As a litigator in the 1970s, Ruth Bader Ginsburg's arguments before the Supreme Court were rooted in her own experience with discrimination. Mark Wilson/Getty Images hide caption 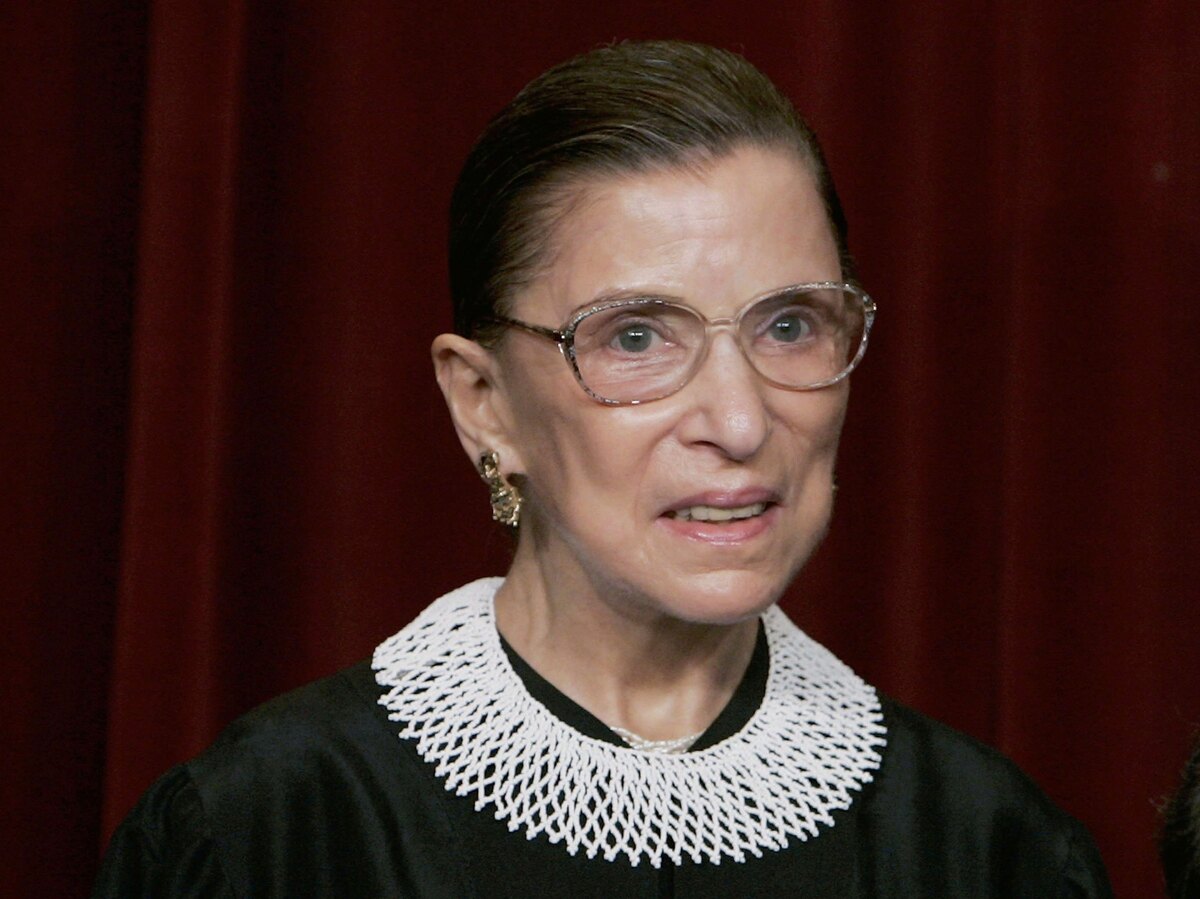 As a litigator in the 1970s, Ruth Bader Ginsburg's arguments before the Supreme Court were rooted in her own experience with discrimination.

The late Supreme Court justice Ruth Bader Ginsburg is being remembered as a pioneer for gender equality.

Her groundbreaking work going back to the 1970s vastly expanded rights for women as well as for men.

As a civil rights litigator arguing before the Supreme Court, "she achieved a 180-degree turn in the Court's approach to sex discrimination cases," says Georgetown law professor Susan Deller Ross, who worked closely with Ginsburg at the American Civil Liberties Union's Women's Rights Project in the '70s.

"The Supreme Court, in 100 years of having an equal protection clause in our 14th Amendment, had never ruled that women have the same rights as men," Ross says.

Under the influence of Ginsburg's persuasive arguments, that changed.

"She was just a little, tiny, slight woman," Ross remembers, "but she was so incisive, she was so sharp. She persuaded the Court because she was just brilliant."

Decades later, on a panel honoring her at Columbia University, her law school alma mater, Ginsburg explained how she arrived at that linguistic choice:

"I owe it all to my secretary at Columbia Law School, who said 'I'm typing these briefs and articles for you and there's the word sex, sex, sex on every page!'" Ginsburg told the audience.

"She said, 'Don't you know that those nine men to whom you are arguing, when they hear that word, their first association is not what you want them to be thinking about?!'"

"She was a great performer," says Kathleen Peratis, another ACLU colleague from the '70s. "She really knew how to create the story and sell the story."

Ginsburg's arguments before the Supreme Court were rooted in her own experience with discrimination.

After law school, no firm would hire her, even though she graduated at the top of her class.

As a professor, Ginsburg was paid less than her male colleagues.

In RBG's Own Words: Listen To 5 NPR Interviews With The Liberal Icon

She hid a pregnancy under baggy clothes so she wouldn't lose a teaching job.

As a litigator, Peratis explains, Ginsburg took discriminatory laws and methodically eviscerated them, one by one.

"She realized that there were just a lot of trees that were ripe for being chopped down," Peratis says, "and decided that the way to approach the overall problem was to show that men and women were harmed by what she called putting them in pigeonholes."

This was another key part of Ginsburg's strategy: she argued a number of cases on behalf of male plaintiffs.

"She understood in a very broad way that stereotypes, gender stereotypes, really do hurt everybody," Peratis says. " They had and have a unique impact on women, but they also had an impact on men."

There was another calculation, too: perhaps, Ginsburg reasoned, discrimination against male plaintiffs might rouse more sympathy among the nine male justices.

"She, case by case, brought the all-male Supreme Court along by educating them about how laws predicated on gender stereotypes do not just hold women back; they also hold men back," says UC Berkeley law professor Amanda Tyler, who clerked for Justice Ginsburg from 1999-2000.

"The theme that wove everything together," Tyler says, "was that no one is going to be free to achieve their full human potential if laws based on outdated stereotypes are allowed to stand on the books."

So, a law excluding women from jury service? Ginsburg fought that before the Supreme Court, and won.

Giving Social Security survivor benefits to a widow but not a widower? She won that fight, too.

In all, she argued six discrimination cases before the Court, and won five. 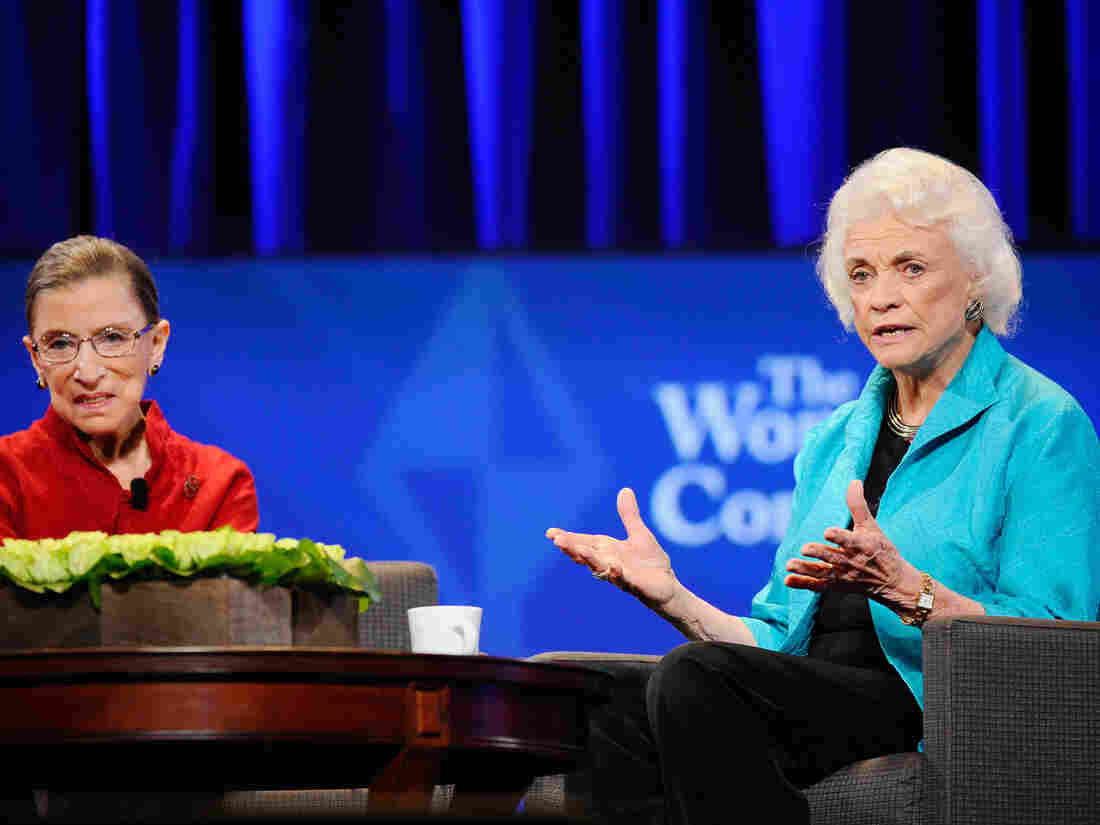 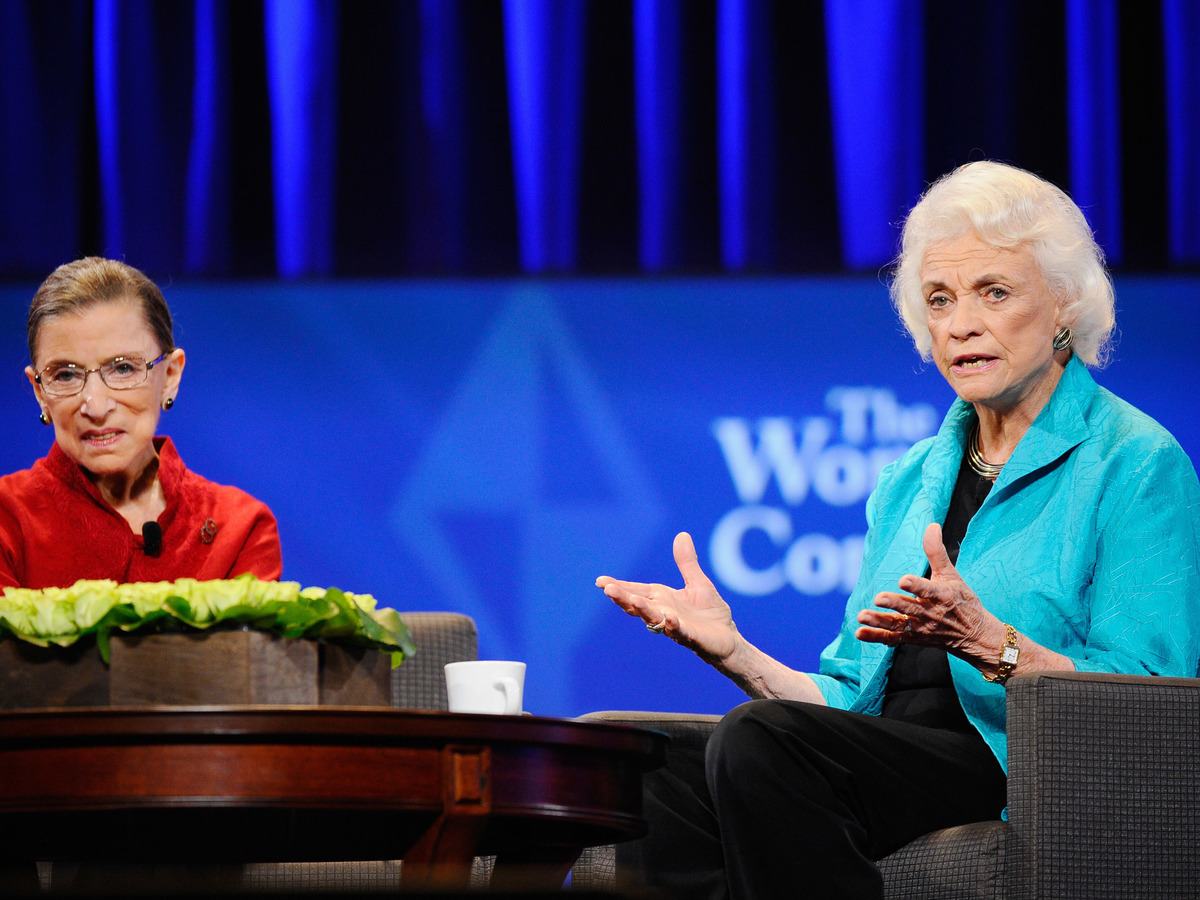 Those were heady days, recalls her ACLU colleague Kathleen Peratis.

Ginsburg's push for gender equality was cemented when she joined the Supreme Court herself in 1993.

Several years later, she wrote the landmark decision that struck down the male-only admission policy at the Virginia Military Institute.

The vote was seven to one.

"For her, I think this case was a slam dunk," says Lisa Beattie Frelinghuysen, who worked on that VMI case as a law clerk for Justice Ginsburg from 1995-96. "It was obvious to her that Virginia was violating the Constitution, violating our notions of equality, by excluding women from this unique opportunity."

Years later, Frelinghuysen accompanied Ginsburg to VMI, where they met some of the young women cadets.

"They were just shining," she remembers. "They were incredibly excited about their lives going forward and determined to make a difference in the world. It was really thrilling to see. Several of them thanked the justice for helping them to achieve their dreams, and I found that quite moving."

Justice Ginsburg had a signature word that she sprinkled liberally through her opinions: pathmarking, as in "a pathmarking decision" – one that shows others the way.

That apparently self-coined word is indicative of how Ginsburg framed her arguments with her fellow justices.

"You see, in all the cases involving gender discrimination, a continuing fight on her part to make her colleagues understand how these decisions will affect the lived experiences of all people in this country," Tyler says.

One notable dissent came in 2007, in a case involving an abortion procedure used later in pregnancy, Gonzales v. Carhart. The Court's majority ruled 5-4 to uphold a law that banned the procedure, with no exceptions for a woman's health.

In her dissent, some of which she read from the bench, Ginsburg wrote, "Today's decision is alarming."

With its decision, Ginsburg wrote, "the Court deprives women of the right to make an autonomous choice, even at the expense of their safety. This way of thinking reflects ancient notions about women's place in the family and under the Constitution—ideas that have long since been discredited."

Ginsburg's former law clerk Kate Andrias, now a professor at the University of Michigan Law School, worked with the Justice on that dissent, among others.

All of Ginsburg's former colleagues and clerks who spoke with NPR fear that with her gone from the Court, reproductive rights are most at risk.

Looking ahead, Andrias thinks especially about what the future holds for her two young daughters, who idolize Justice Ginsburg.

"I just hope that their future is one where they can continue to count on women being considered equal citizens in this country, as Justice Ginsburg worked so hard to achieve," Andrias says. "It just is all the more reason for us to work to continue her legacy."