Accessibility links
Rep. Elijah Cummings Offers Some Lasting Thoughts In 'We're Better Than This' The former congressman's memoir is an urgent call to action, imploring us to defend our democracy as it is assailed by threats — and a poignant reminder of how much the nation lost with his death.

In 'We're Better Than This,' Rep. Elijah Cummings Offers Some Lasting Thoughts

In 'We're Better Than This,' Rep. Elijah Cummings Offers Some Lasting Thoughts 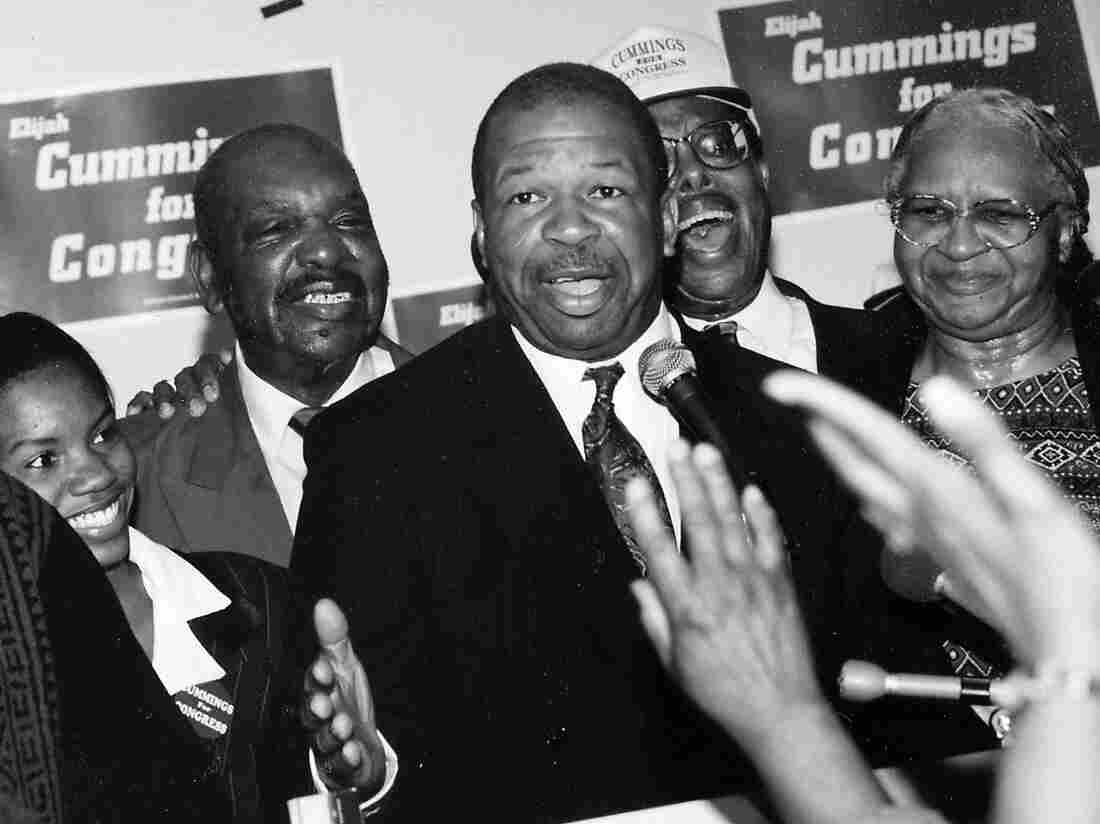 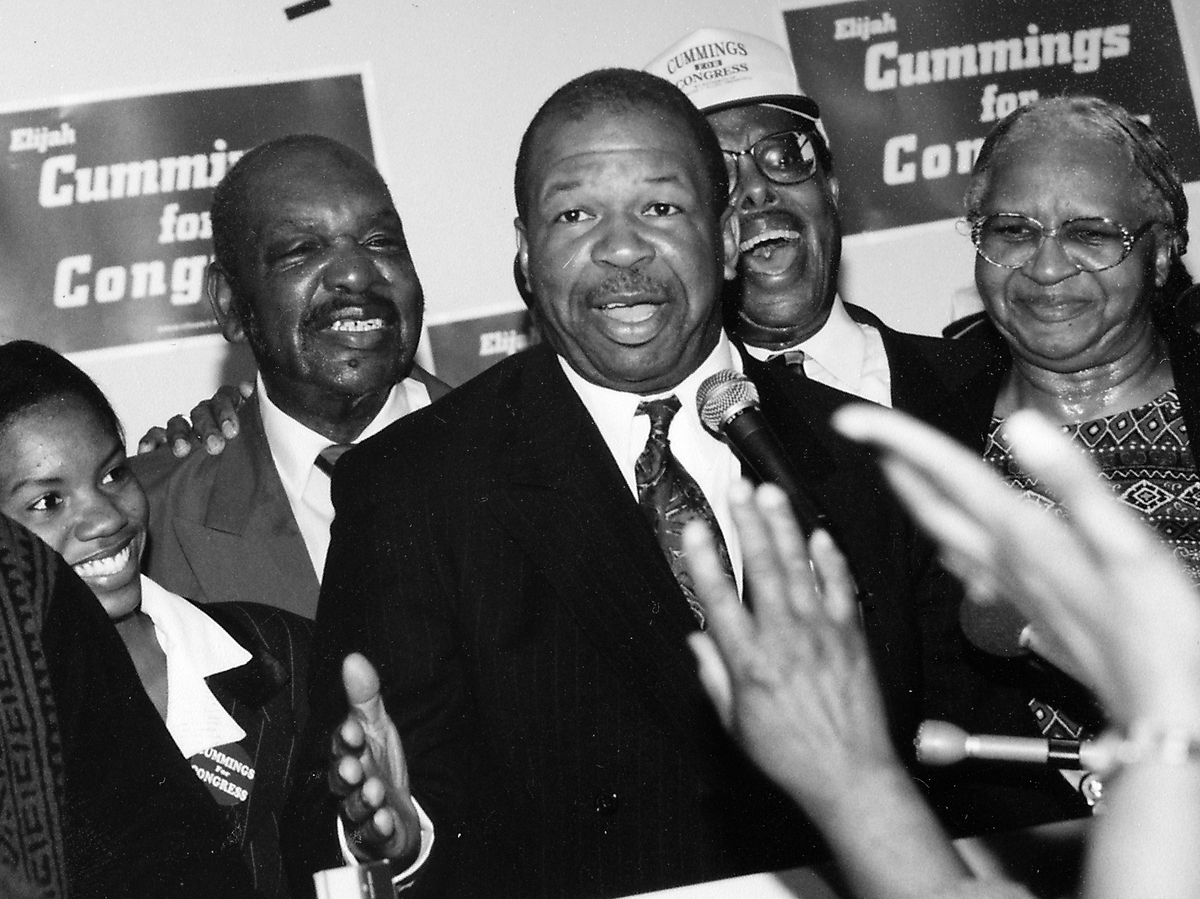 Like the man at its center, We're Better Than This: My Fight for the Future of Our Democracy is impressive on multiple levels.

It is a compelling memoir, highlighting some of the formative experiences that shaped Elijah Cummings, a son of sharecroppers who would go on to become one of the most influential members of Congress. It is an urgent call to action, imploring us to defend our democracy as it is assailed by threats internal and external. And, perhaps above all, it is a poignant reminder of just how much the nation lost with his death.

Arguably one of the hardest working members of Congress, Cummings served for 23 years as a Democratic member of the U.S. House of Representatives for Maryland's 7th district. Story after story demonstrates why he was so well-known for his integrity, empathy, and generosity. His reputation for reaching across the aisle "to find common ground"— and the friendships he found there— led Speaker Nancy Pelosi to note in her foreword that "his friendships with members on the other side... were called 'unlikely' only by those that didn't know him. But those who knew him understood that it was values and patriotism that mattered to him, not party or politics." 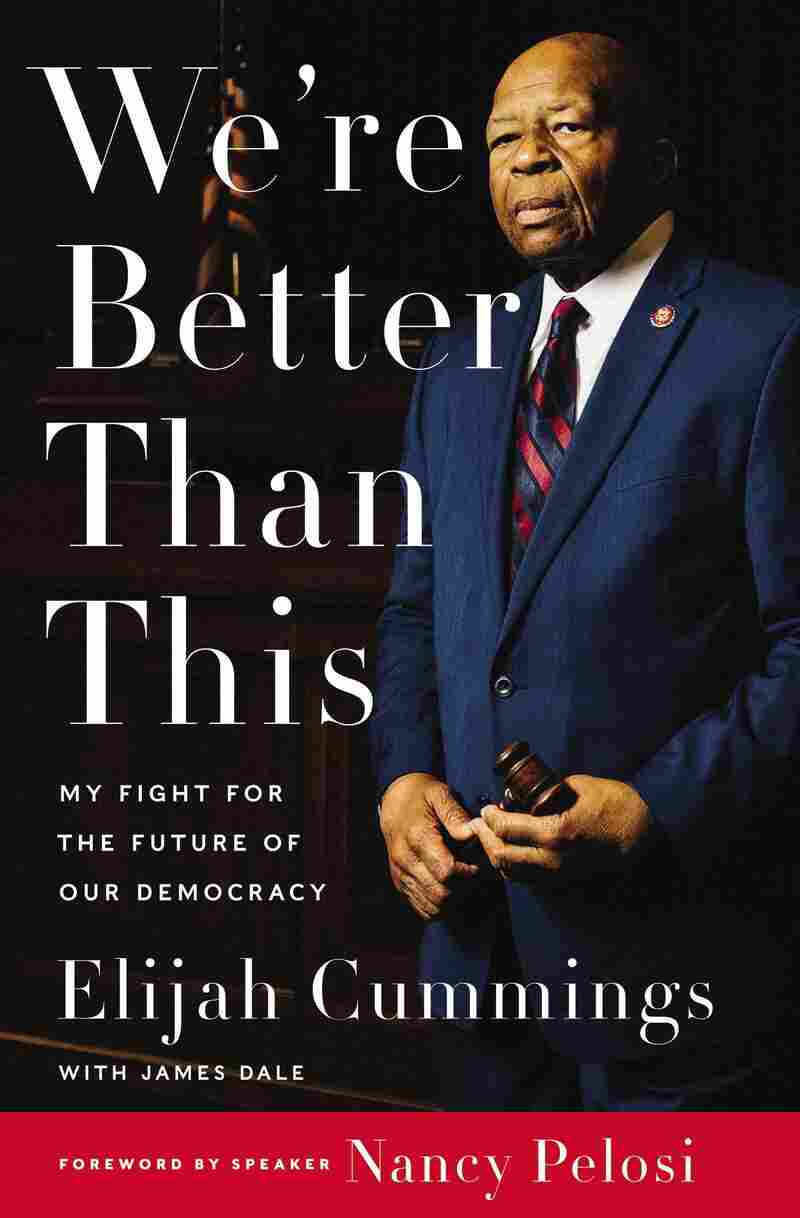 We're Better Than This: My Fight for the Future of Our Democracy, Elijah Cummings Harper hide caption

In one example, Cummings recounts the uproar that resulted when Republican Darrell Issa refused to let Cummings speak during a hearing, adjourning the meeting and cutting off the mic while giving a "slash-across-the-neck motion." Members of both parties responded to the "gesture, calling it an ugly reminder of ugly history — the Ku Klux Klan, self-styled justice, racism, killing people by hanging them from trees." For his part, Cummings "did not add to the fire" and "only addressed the need for everyone to be heard in the democratic process." Issa subsequently apologized, but what helped secure their friendship was Cummings' attending Issa's portrait-hanging ceremony soon thereafter despite the controversy. Similarly, Cummings came to work so closely with Tea Party member Mark Meadows that people referred to the relationship between the two as an "unlikely bromance."

Of course, these friendships across the aisle didn't mean that Cummings would fail to "speak truth even when the truth isn't popular." When Democrats took control of the House following 2018's "blue wave," the congressman became chair of the House Committee on Oversight and Reform. He immediately began preparing for "investigations into issues that are literally threatening our democracy — Trump-Russia connections, Trump's taxes and finances, the Mueller Report, immigration and border policy, family separations, and racism."

Cummings provides an insider's view on his committee's efforts to do its job of both oversight and reform — a task made more difficult by endless obstruction from the administration and GOP. He shares his perspective on an array of hearings that captured the national spotlight, from the Benghazi attack to the testimony of the president's former personal lawyer, Michael Cohen, to the impeachment of President Trump. Lesser-known hearings feature, as well, including one that focused on lowering drug prices. When news broke that Republican committee members Jim Jordan and Mark Meadows had urged pharmaceutical companies not to testify because Cummings might leak information "in an effort to tank their stock prices," the congressman was "outraged and appalled." He explains, "this wasn't about corporate earnings; it was about keeping people alive."

Cummings may have died before the onslaught of COVID-19, but it's easy to imagine him applying the statement he made on that occasion — that these committee members would prefer to "protect drug company stock prices than the interests of the American people" — to the administration's response to the pandemic today.

Not all of Cummings' political life took place in the halls of Congress, however, and he writes movingly about Baltimore, as "a place — not city limits or boundaries, but a place and space in my heart and soul — that I didn't just grow up in, but that I love." That love is apparent in his defense of his hometown after the president unleashed an attack by tweet on the city. It is evident in his heartache after the death of Freddie Gray, in the way he talks about and engages with everyday people in the community.

Such warmth is unsurprising in a book replete with examples of the Congressman's remarkable empathy. Whether helping an elderly woman buy an oxygen tank or holding the dying victim of a stabbing, Cummings' dedication to supporting those in need is undeniable. Given that he identified one of his "greatest strengths" as being "able to feel other people's pain," it is no surprise that he was bewildered by the Trump administration and left to wonder, during hearings about immigrant detention centers, if "the administration simply did not feel for other humans."

Woven throughout these forays into his political life are stories about the people and experiences that shaped the congressman. We learn of the values his preacher parents instilled in him and his siblings and of the words of wisdom that came from their stories and those of his grandparents. Like him, we can draw lessons from the story of why his father sat in the car for an hour every day after returning from work and from the mandate in his mother's dying words.

To read this book is to join the ranks of his admirers. His lasting imprint is clear in the words of his widow, Maya Rockeymoore Cummings, who writes the book's final chapter. It is apparent in the selected eulogy excerpts that follow from, among others, the congressman's two adult daughters, his brother, his pastor, and Presidents Obama and Clinton.

In this narrative, his final gift to the nation, Cummings reminds us that "we are not powerless." He insists that "this is a fight for the soul of our democracy," and it is a fight that we can win because, in the end, we are, indeed, better than this. It's now up to us to prove him right.

Ericka Taylor is the popular education manager for Take on Wall Street and a freelance writer. Her work has appeared in Bloom, The Millions, and Willow Springs.