Accessibility links
Bernie Sanders Says Americans Must Prepare To Stand Up For Democracy The onetime presidential hopeful responded to a suggestion by President Trump that he might not accept the results of an election in which he lost; the White House later sought to modify that stance. 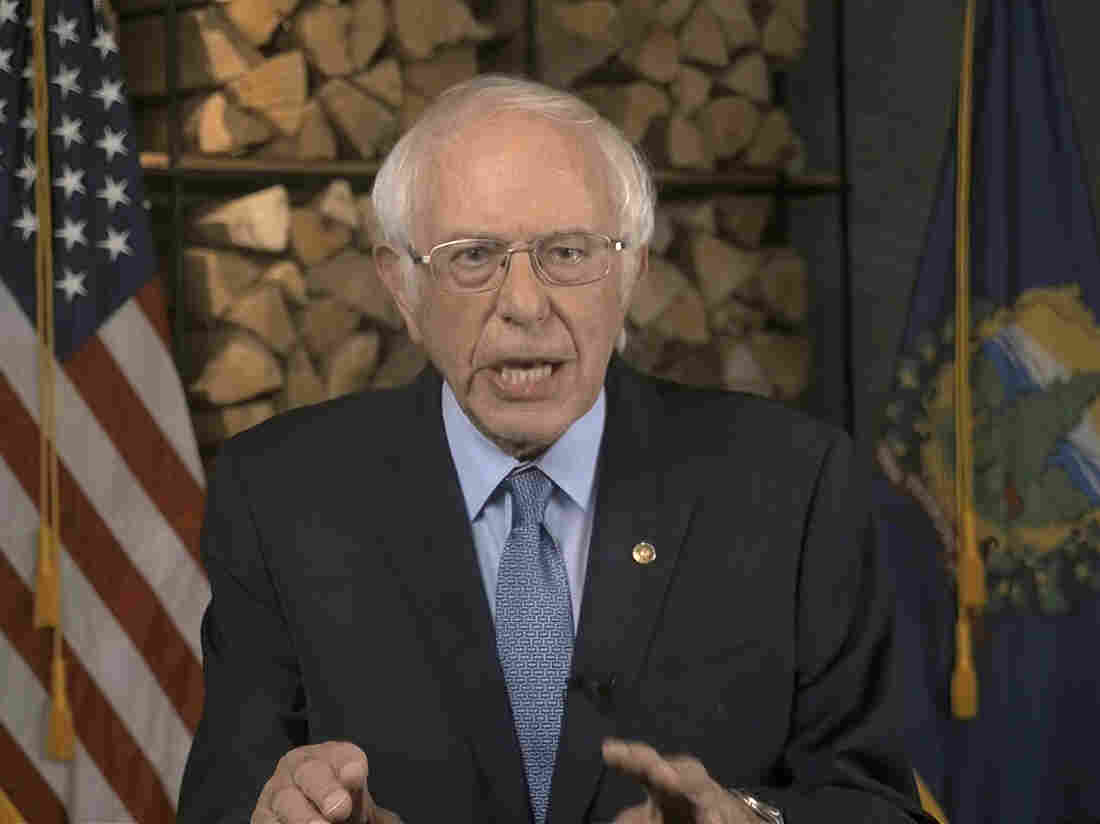 In this image from video, Sen. Bernie Sanders, I-Vt., speaks during the first night of the Democratic National Convention. AP hide caption 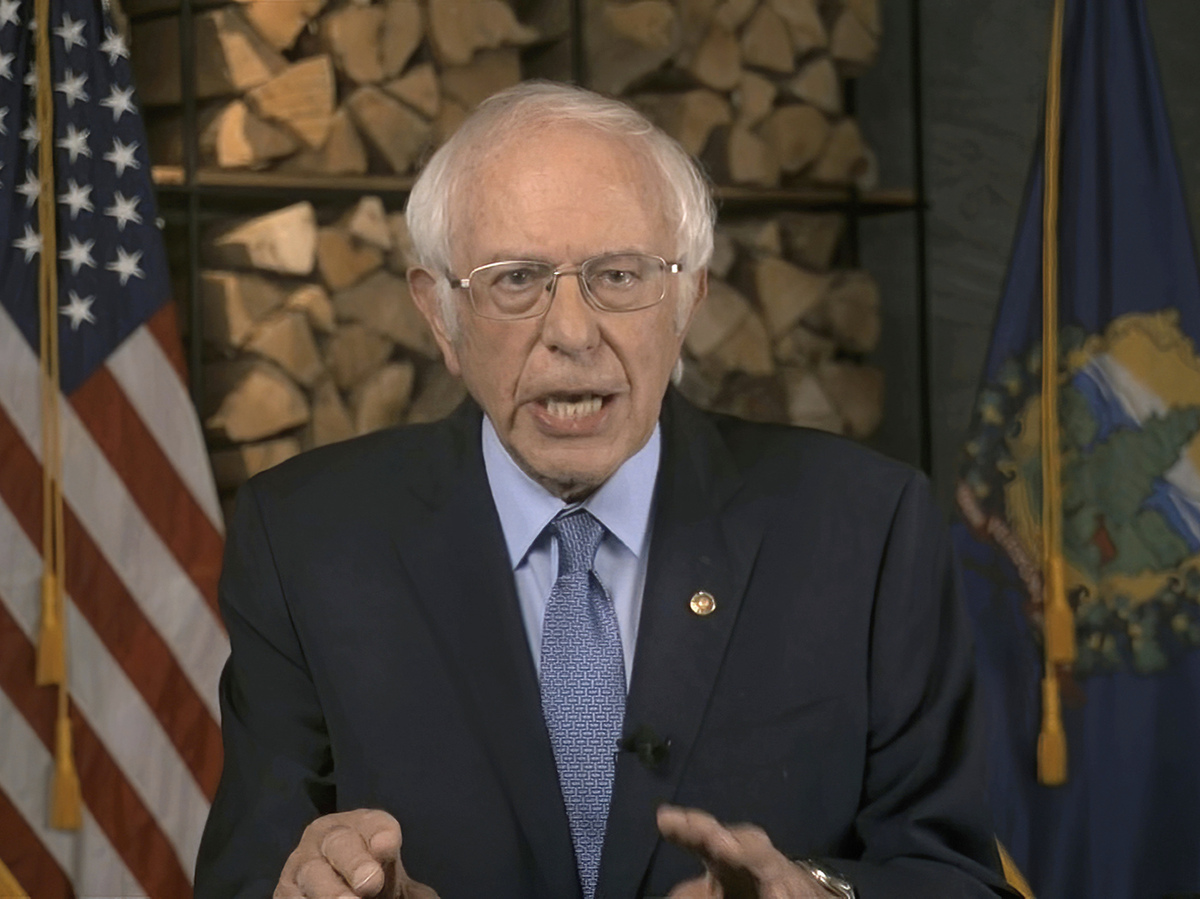 In this image from video, Sen. Bernie Sanders, I-Vt., speaks during the first night of the Democratic National Convention.

One day after President Trump told reporters that he might not accept the results of the presidential election, Vermont Senator Bernie Sanders said that Americans of all political stripes must be prepared to defend democracy and the rule of law.

Speaking from a mostly empty auditorium on the campus of George Washington University, Sanders sought to take on a visible role for Democrats raising alarms about the possibility that Trump will refuse to concede this fall if he loses.

On Wednesday, a reporter asked Trump during a White House press conference whether he would commit to a peaceful transfer of power, no matter which candidate comes out ahead.

"We're going to have to see what happens," Trump said. "You know that. I've been complaining very strongly about the ballots. And the ballots are a disaster," Trump told reporters, pointing to his unsubstantiated claims about mail-in ballot fraud.

White House press secretary Kayleigh McEnany sought to walk back those comments on Thursday, saying: "The president will accept the results of a free and fair election."

Trump has made similar comments before, including during a July interview with Fox News. Some Republicans rejected the sentiments on Thursday, but supporters argue the response is overblown; House Minority Leader Kevin McCarthy, R-Calif., said on Thursday he thought the exercise was pointless because he believes Trump will win the election and simply go on to a second term.

Sanders said in his speech that the public should not brush off Trump's statements as a political distraction.

With Warnings Of Socialism, Trump Seeks To Boost Support Among Young Florida Latinos

"I think it is terribly important that we actually listen to, and take seriously, what Donald Trump is saying," he said.

The Vermont senator batted down Trump's attacks on voting by mail and warnings off widespread voter fraud and the possibility of "rigged" election. Sanders also raised concerns about slowdowns at the Postal Service and Republicans pushing through a Supreme Court nomination in a year when key election litigation could end up before the high court.

Trump said earlier this week he thought the results of the election might depend on action by the Supreme Court.

Sanders also described a scenario in which Trump could try to claim victory before all the ballots are counted.

Outside The Focus Of Major Parties, Black Pittsburghers Vow To Get Out The Vote

"All across the television screens people see Trump ahead before they turn in for the night," Sanders said. "But as more and more mail in ballots are counted, Trump's lead falls. Trump then announces, with no proof, that there has been massive mail in ballot fraud and that these votes should not be counted and that he has won the election."

Sanders ticked through a list of what he said needed to be done now to prepare for this fall. He said massive turnout and a landslide victory for Joe Biden would make it harder for Trump to question the results. States that currently cannot start counting mail ballots until Election Day should pass laws to change that, Sanders said, to head off days of counting after Nov. 3rd.

The Vermont senator also called on social media companies to "get their act together" to combat disinformation and for the news media to prepare the public for the possibility of extended uncertainty.

"Lastly, and most importantly, the American people, no matter what their political persuasion, must make it clear that American democracy will not be destroyed," Sanders said.