Accessibility links
Noah Hawley, creator of TV's 'Fargo' : Bullseye with Jesse Thorn Guest host Julie Klausner is joined by Noah Hawley. Noah's the creator and showrunner behind the hit television series Fargo. Season 4 of the series kicks off next week and we've got all of your pressing questions about the season up for discussion. We chat about about the challenges of storytelling during a shutdown, setting adequate intentions going into season 4 and working with Chris Rock— this season's lead. Plus, Noah talks to us about how he creates a show that has all of the "feeling" of the Coen Brothers' original film... without any of its characters. 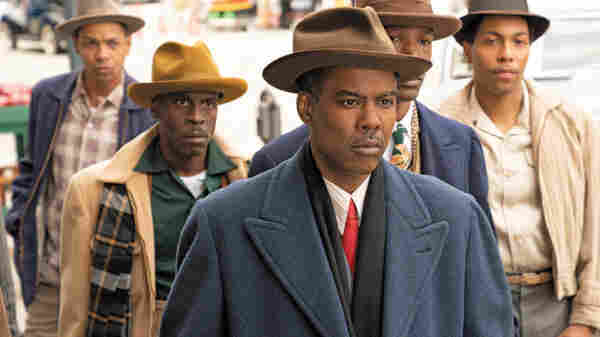 How do you make a Fargo television show that has as much of a cultural impact as the 1996 Coen Brothers movie of the same name?

Even more challenging, how do you do it without recycling any of the cast or characters?

Series creator and showrunner Noah Hawley does it by focusing on storytelling and diving into the stories we haven't been telling.

This time around, the story is about a 1950 Kansas City crime syndicate in an African American community. Chris Rock plays Loy Cannon. Loy's an enterprising and intelligent man who bumps heads with the local mafia. He's a product of the lack of opportunity often found for Black workers due to the nation's history with racial aggression and Jim Crow laws.

The anthology series has always been a character study on the way the human condition processes adversity and the humor that can be found in even the darkest corners of the human experience. This season promises to dig into the struggles from the Great Migrations of southern Black people and European immigrants in the mid-twentieth century as well as the ingenuity that was birthed from those trying times. It's what the series creator sometimes refers to as the "failures of irony without humor."

Noah joins Bullseye guest host Julie Klausner to discuss the challenges of storytelling during a shutdown, setting adequate intentions going into season 4 and working with Chris Rock— this season's lead. Plus, Noah talks to us about how he creates a show that has all of the "feeling" of the film without any of the characters.

Catch up on seasons 1-3 of Fargo here in anticipation of season 4 which premieres September 27th on FX.