Accessibility links
Review: 'Utopia' Is More Graphic Than Comic The US adaptation of a 2013-14 British series about comic book nerds attempting to save the world from a viral pandemic dials back the humor and cranks up the violence.

Amazon's Violent, Cynical 'Utopia' Just Wasn't Made For These Times

Amazon's Violent, Cynical 'Utopia' Just Wasn't Made For These Times 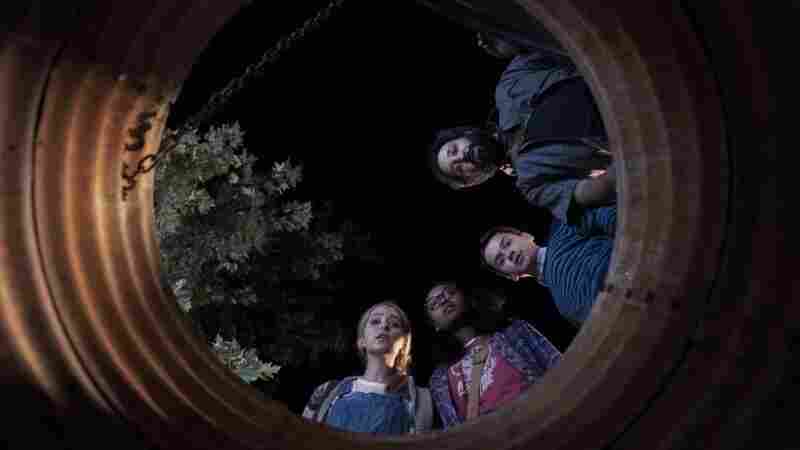 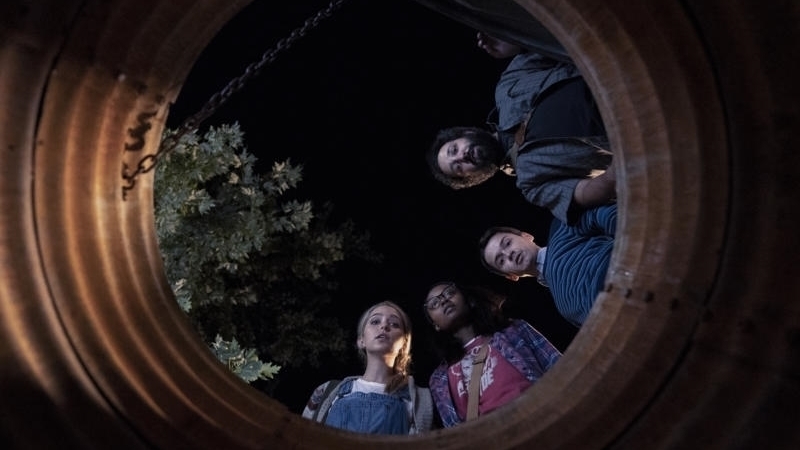 "What did you do today to earn your place in this crowded world?"

It's a question one particular character in Amazon's new eight-episode series Utopia demands of others, frequently. Given that the Amazon show is adapted from the first, six-episode season of a well-regarded 2013 British series, you may find yourself demanding something similar of various scenes and characters in the comparatively overlong and overstuffed US version, and even — ultimately — of the show itself:

The answer, too often, is: Not enough.

As a result, there's a stretched-out, languishing quality to the pace of the Amazon show, which was set to be developed for HBO by Gillian Flynn (Gone Girl, Sharp Objects) and David Fincher (Se7en, House of Cards). Fincher dropped out, but Flynn stuck around as showrunner and writer when Amazon bought it.

On paper, it's all a good, or at least logical, fit. The British series was about a bunch of comic book nerds trying to save the world from malevolent forces attempting to hunt them down and kill and/or mutilate and/or dismember them — often all at once. Flynn's work, of course, teems with such amoral sociopaths enacting grisly violence.

The series would seem to slot neatly into Amazon's current catalog, as well. The service has lacked a distinctive identity for years now, but Utopia seems eager to follow in the bloody, gobbet-flecked footprints of The Boys, a show with which it shares several elements: Comic books. A central conflict involving a rag-tag group of underdogs vs. cold, corporate evil — radical individualism vs. any and all forms of authority. Visceral scenes of physical violence and torture, offered up with metronomic regularity. Sneering, nihilistic gags we're meant to take as "darkly ironic." The presentation of a few, fleeting moments of tenderness the show intends to come off as heartfelt, instead of cynical attempts to get us to care about characters who are about to have their eyes gouged out, fingernails ripped off and/or families slaughtered.

There are performances that work nicely here. John Cusack plays a tech genius with the perfect blend of condescension and smarm, and Gotham's Cory Michael Smith is great as his son, who exhorts his employees to greater heights via buzzwords and a dead-eyed, unearned confidence one can only describe as Jaredesque. A handful of always-charming actors — Cougar Town's Dan Byrd, You're The Worst's Desmin Borges and The Kominsky Method's Ashleigh LaThrop — form the nucleus of the aforementioned group of characters the show gleefully tosses into the sausage grinder (not literally).

And visceral thrills are, after all, visceral thrills, especially when they come dripping with this much actual viscera. There's certainly been a healthy appetite for shows like The Boys and Utopia out there, which offer ugly, mean-spirited visions of humanity as a miserable collection of gullible fools who are only too eager to allow themselves to get manipulated by institutions.

But the question you need to ask yourself before committing to watching even a single episode of Utopia is: Do you possess that appetite ... now?

Consider: The British series premiered seven years ago, before the 2014 Ebola outbreak in West Africa. At that time, the show's central narrative, involving a deadly pandemic causing fear and violence and outrage, and mounting pressure to bypass government bureaucracy to rush the availability and distribution of a vaccine, seemed like the science fiction it was written to be.

The current US version, however, with its cascade of images of death tolls and triage tents and quarantine zones and health workers in PPE and street protests and harried CDC officials? That's just the beleaguered world around us.

This monumentally bad timing isn't something the makers of the Amazon series could have foreseen, of course. And what real choice did the streaming service have — hold back the show until after the pandemic is over? In the hope that audiences would then clamor to invest in a series that'd stoke such fond memories of their all-too-real and all-to-recent fear and dread and horror? Especially one that only employs mass death, gun-murder and torture-mutilation as shortcuts to raise its stakes?

No matter when it came out, Utopia was always going to be a tough sit — that's what it was engineered to be.

At this precise cultural moment, however, it feels like a tasteless one, too.