Accessibility links
'Light Years Ahead' Of Their Elders, Young Republicans Push GOP On Climate Change Climate change is major election issue for Democrats, but not Republicans. Yet polls show many young conservatives are concerned about climate impacts, and some are lobbying for solutions. 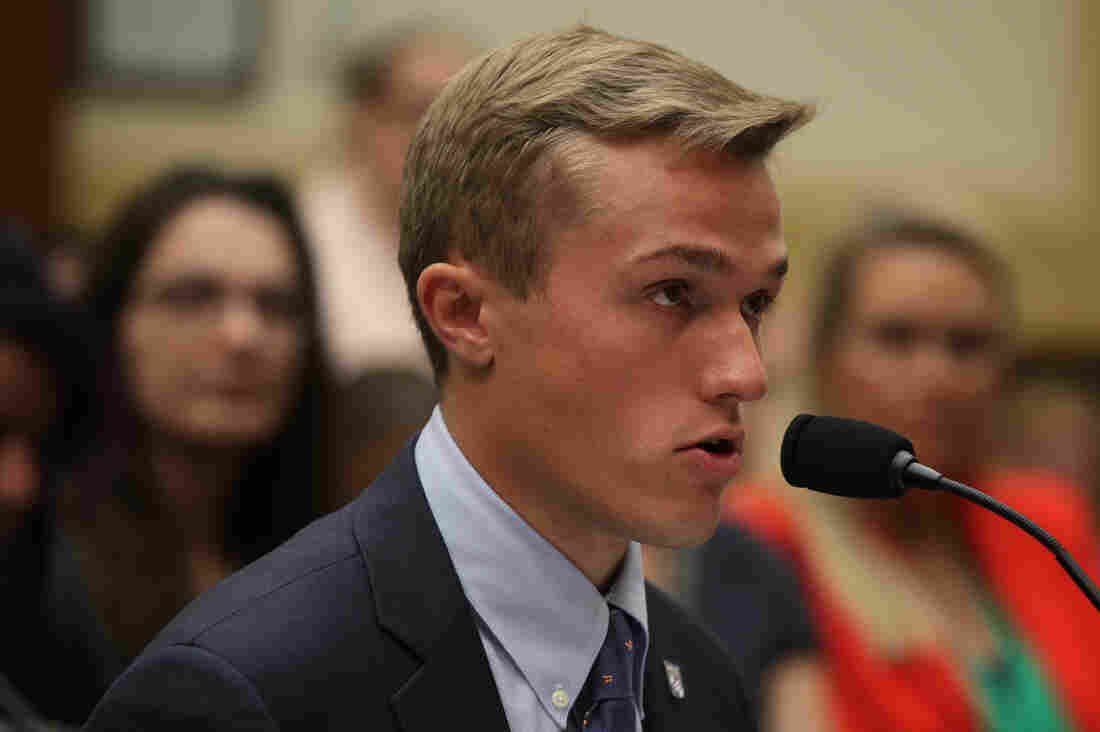 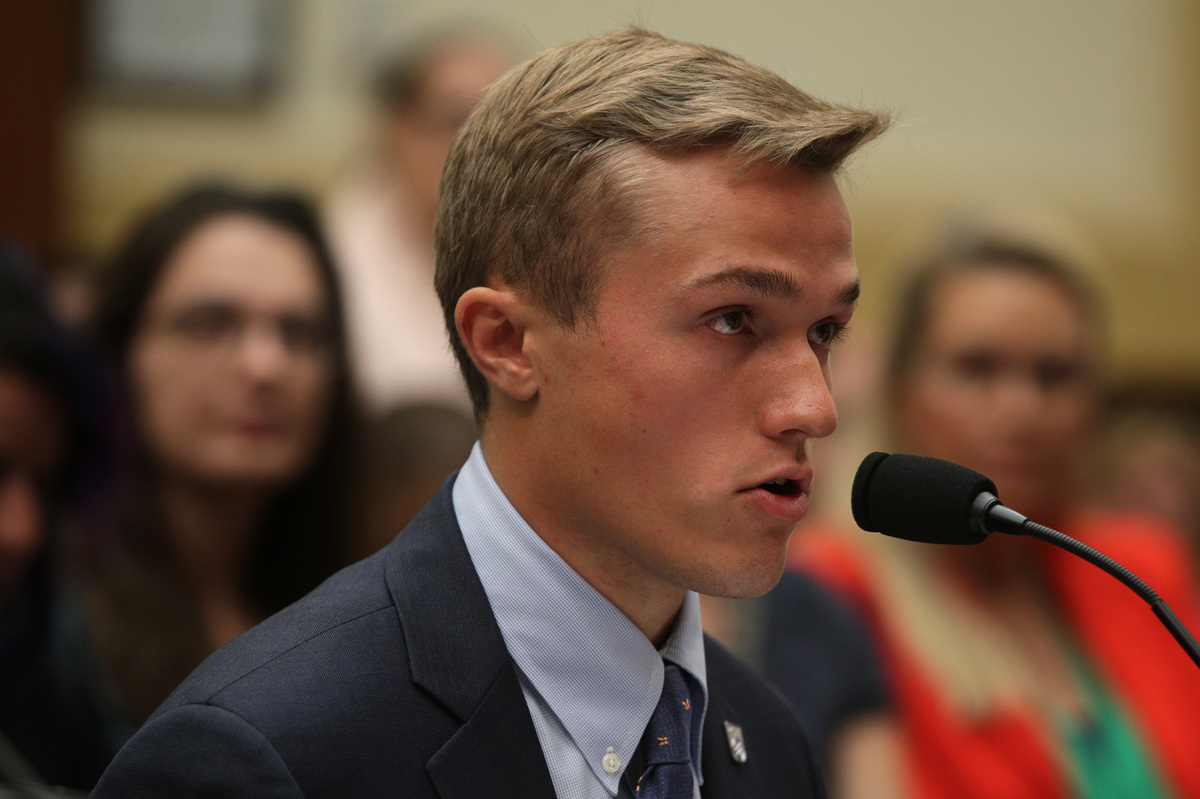 Benji Backer, president of the American Conservation Coalition, testifies about climate change during a U.S. House hearing in 2019.

Think "climate change activist" and a young, liberal student may come to mind.

A recent NPR/PBS NewsHour/Marist poll showed climate change is the top issue for Democratic voters. For Republicans, it barely registers overall, but there is a growing generational divide.

A recent Pew Research Center survey shows Republicans 18 to 39 years old are more concerned about the climate than their elders. By a nearly two-to-one margin they are more likely to agree that "human activity contributes a great deal to climate change," and "the federal government is doing too little to reduce the effects of climate change."

Some of these young conservatives are starting environmental groups and becoming climate activists. And now they're pushing their party to do more.

Benji Backer started the American Conservation Coalition in 2017, after his freshman year in college, and says his love of nature comes in part from his family.

"They were Audubon members, Nature Conservancy members. But they were conservative, and I grew up not thinking that the environment should be political at all," says Backer.

Yet these days, environmental politics dominates his life. From now until the November election Backer is driving an electric car across the country, talking about his group's climate agenda and posting videos along the way.

The #ElectricElection Podcast is about to be LIVE from the Tetons. As we start our journey this week, join us at https://t.co/VBo4dnyEA5@ACC_National @tcc_national @USChamber pic.twitter.com/XYzwIgYQRu

Backer is promoting his group's American Climate Contract, which is a conservative, market-focused response to the Green New Deal.

He's critical of fellow conservatives who ignore climate change. He praised Swedish climate activist Greta Thunberg when they both testified before Congress last year. And Backer says he wants to work with liberal climate activists to pass legislation.

So, how will he vote in November?

"If President Trump wants to get my vote, he's going to have to prioritize climate change in a way that he has not done over the past four years," says Backer.

While he's undecided so far, Backer says he was disappointed climate change wasn't even discussed at the Republican National Convention.

In a statement to NPR the Trump campaign said, "President Trump's record on the environment proves you can have energy independence and a clean, healthy environment without destroying the economy, overregulating, or burdening American taxpayers." The statement never mentions climate change.

"Young Republicans are light years ahead of their elder counterparts on this issue," says Kiera O'Brien, founder and president of Young Conservatives for Carbon Dividends, which supports a carbon tax proposal to reduce greenhouse gas emissions.

O'Brien grew up in Alaska and says young conservatives are motivated by mounting evidence that the climate is changing.

"They're seeing the impacts first-hand, whether it's myself in Alaska with algal blooms that are turning the ocean weird colors, or with flooding in the Gulf Coast, or hurricanes that are unprecedented at this point," says O'Brien. She calls her generation "the climate generation," and says effects they were told were far off are happening now.

Some liberal climate activists are encouraged to see young conservatives join them.

"It means a real hope for the future because it speaks to our generationally shared values: truth, empathy, and patriotism," says Nikayla Jefferson, with the Sunrise Movement. "Climate change knows no party lines."

"I think it's that they, along with their progressive friends, plan on living on the earth longer than, say, their parents or grandparents," says Inglis, Executive Director of the conservative climate group republicEn.

Inglis says for this generation, addressing climate change is becoming a moral issue more than a political one. And that makes him optimistic the country will eventually take more action to address the problem.

"The demographics are definitely going to deliver a win for climate change. I am absolutely certain we are going to win on climate policy. The question is whether we win soon enough to avoid the worst consequences," says Inglis.

Scientists say that time line is short, but Inglis believes the country is more likely to succeed if both sides of the aisle are focused on the challenge.