Accessibility links
'Fargo' Season 4 Review: It's As Good As It Gets — Again The new installment of the FX anthology series deals with racism and sexism in 1950 Kansas City. But don't let the period trappings fool you: Fargo's conflicts sizzle with resonance to today's world. 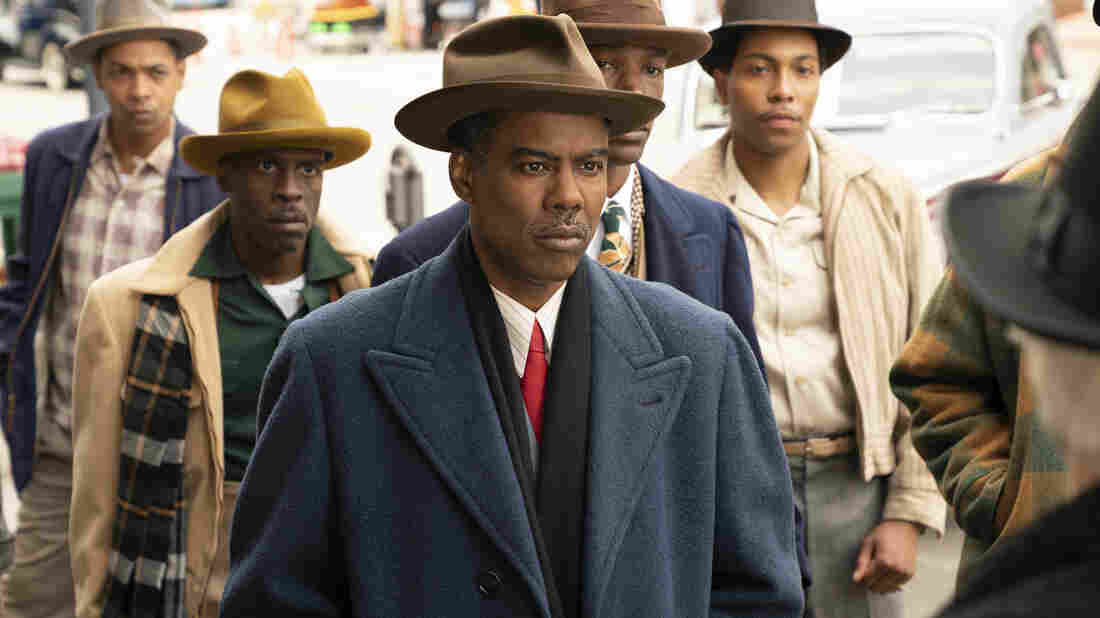 Chris Rock is the head of the new gang trying to gain power in Kansas City, Mo., in the fourth season of Fargo. Elizabeth Morris/FX hide caption 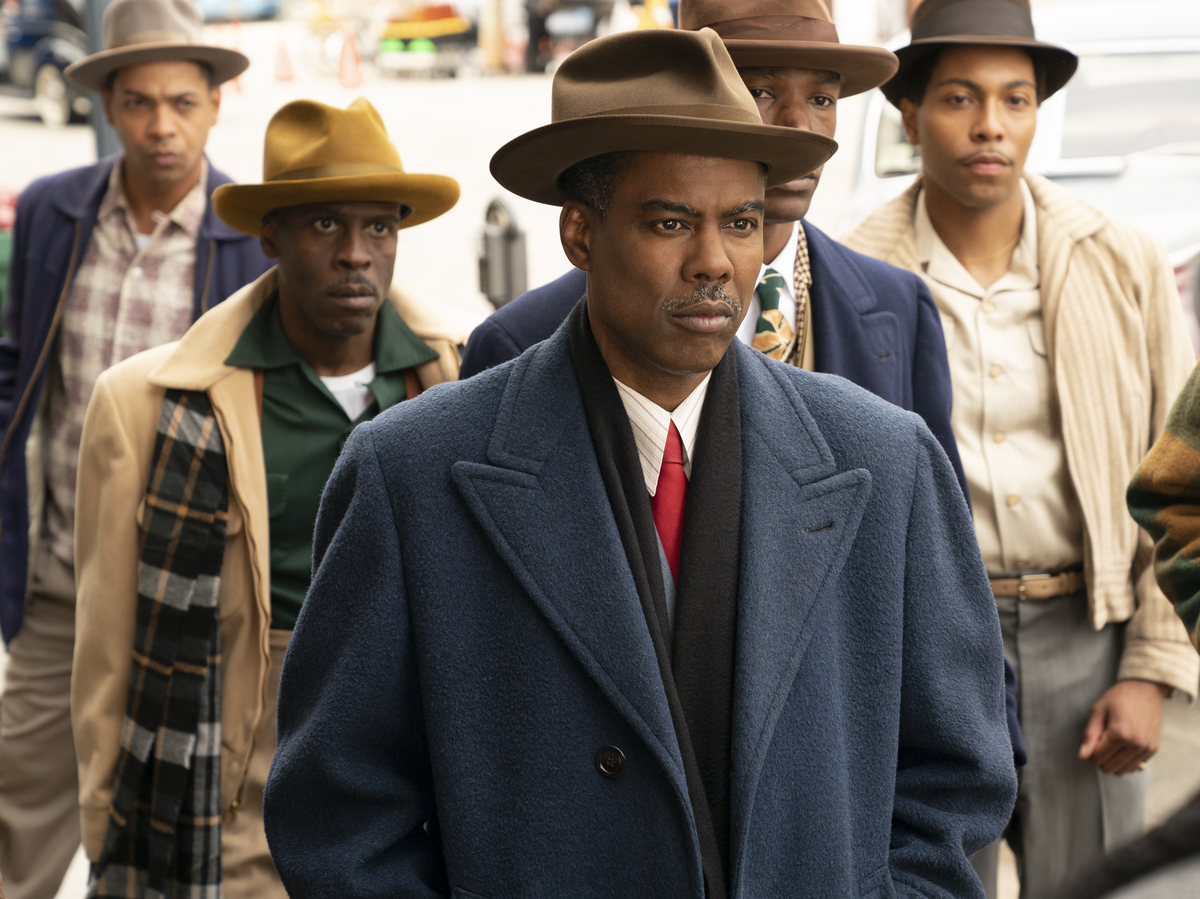 Chris Rock is the head of the new gang trying to gain power in Kansas City, Mo., in the fourth season of Fargo.

When Fargo premiered on FX in 2014, the anthology miniseries promised to present its own take on the oddball spirit and quirky plots and characters of the brilliant 1996 movie by Joel and Ethan Coen. At the time, I didn't think series creator Noah Hawley could pull it off — but he did.

Now it's back, and I no longer doubt Hawley's talent. The only thing I doubted, as I started to preview this long-awaited season 4, was whether he could extend his hat trick and emerge with yet another good-as-it-gets TV miniseries. And this season, I'm happy and a bit surprised to report, his Fargo streak continues unbroken.

Hawley himself wrote and directed the first two episodes, and they're almost absurdly ambitious. The action takes place far from Fargo, in Kansas City, Mo., and starts by introducing us to a precocious Black teenager named Ethelrida (E'Myri Crutchfield) who's dealing with racism and sexism in the year 1950.

Ethelrida gives a classroom oral report on the city's power struggles, which leads to a long, complex flashback about the various gangs who gained and lost power in the 20th century: The Jewish gang, supplanted by the Irish. The Irish, usurped by the Italians. And, as Fargo works its way up to the present, in 1950 Kansas City, we get the Irish challenged by the Black gang.

This struggle for equality and respect takes place in a long-ago era of over-sized cars and men wearing hats – but the conflicts, and even the language, sizzle with resonance to very current events. Chris Rock is absolutely terrific as Loy Cannon, the head of the new gang trying to gain power. Loy is not only tough; he's a visionary. In addition to co-existing with — and taking power from — the Italians, he also has a scheme in which he can invade the white establishment.

The Coen Bros. On Writing, 'Lebowski' And Literally Herding Cats

Rock's playing a bit older, and tougher, than you've ever seen him, and he demands respect. Early on, Fargo plays like a showcase for him, with the narrative revolving solidly around his character's fortunes. But no. Hawley, by now, is so confident in his storytelling that he introduces at least half a dozen characters who all could be the lead here — and casts them accordingly.

Jason Schwartzman plays a short-tempered Italian mobster. Jessie Buckley is a nurse — the only character in the early going with the kind of accent we associate with Fargo – and a scene-stealer, too. Timothy Olyphant of Justified doesn't show up for a while, but when he does, he's delightful to watch. He's playing a U.S. marshall again – but this time he's a Mormon with a very wry sense of humor. And Crutchfield, playing the teen girl who starts the show, has as much fire and determination as anyone around her.

These actors almost seem to take turns being the stars of this new season of Fargo, and this miniseries, as always, plays with varying tones. There's one scene in the premiere that is so tense it slows time to a crawl — then unexpectedly delivers both laughs and shocks.

Transitions are shown using split screen. Music is used aggressively and inventively as it is in Lovecraft Country. And whenever a bunch of powerful characters are in the same room, the menace is as pervasive as on Justified or The Sopranos. Maybe more so, because this is a stand-alone, one-season installment of Fargo, so any character can die at any time. And even in the first few episodes, many do. Fargo, as in past seasons, manages to be both more dramatic, and more comic, than almost any other show on TV right now.