Accessibility links
Paris Police Suspect Terrorism In Attack Near Former 'Charlie Hebdo' Offices An arrest has been made in the incident outside the building where a dozen people were gunned down in 2015 in apparent retaliation for the publication of cartoons that satirized the Prophet Muhammad. 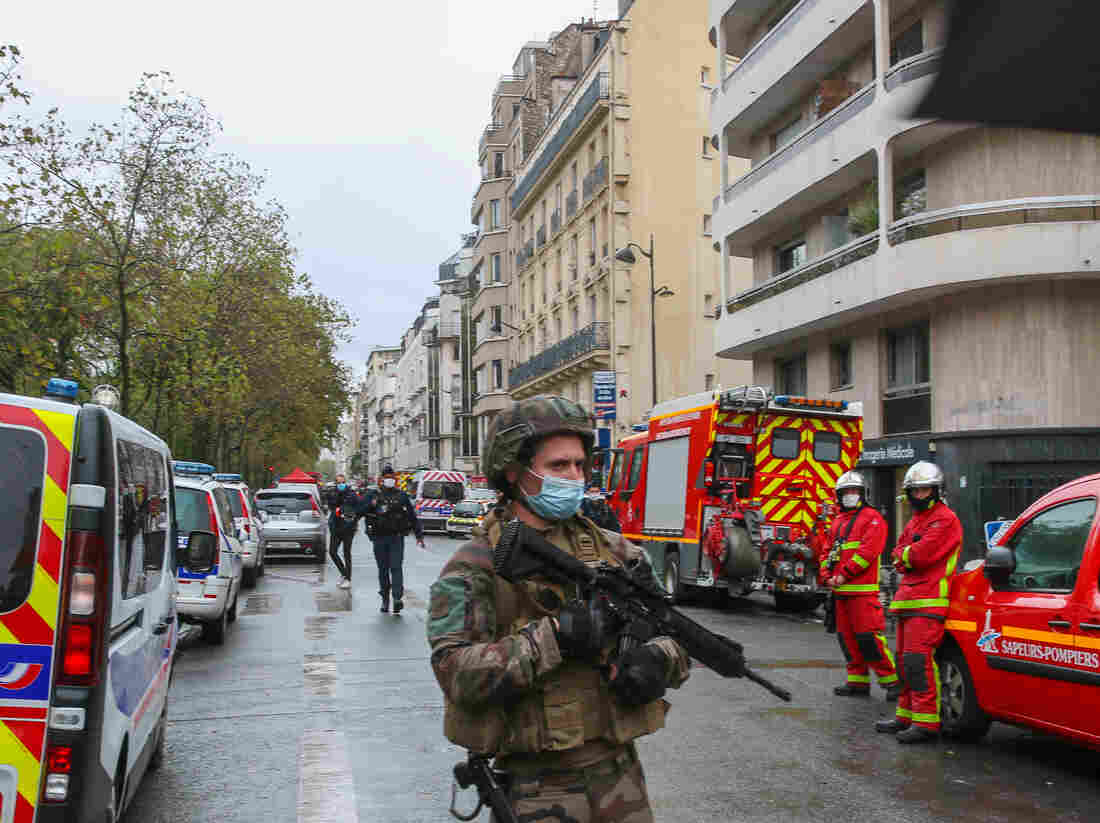 An officer of the French National Gendarmerie guards an area near the former Paris offices of satirical newspaper Charlie Hebdo, where two people were wounded Friday in an attack with a sharp object that one witness described as a hatchet. Arina Lebedeva/TASS/Getty Images hide caption 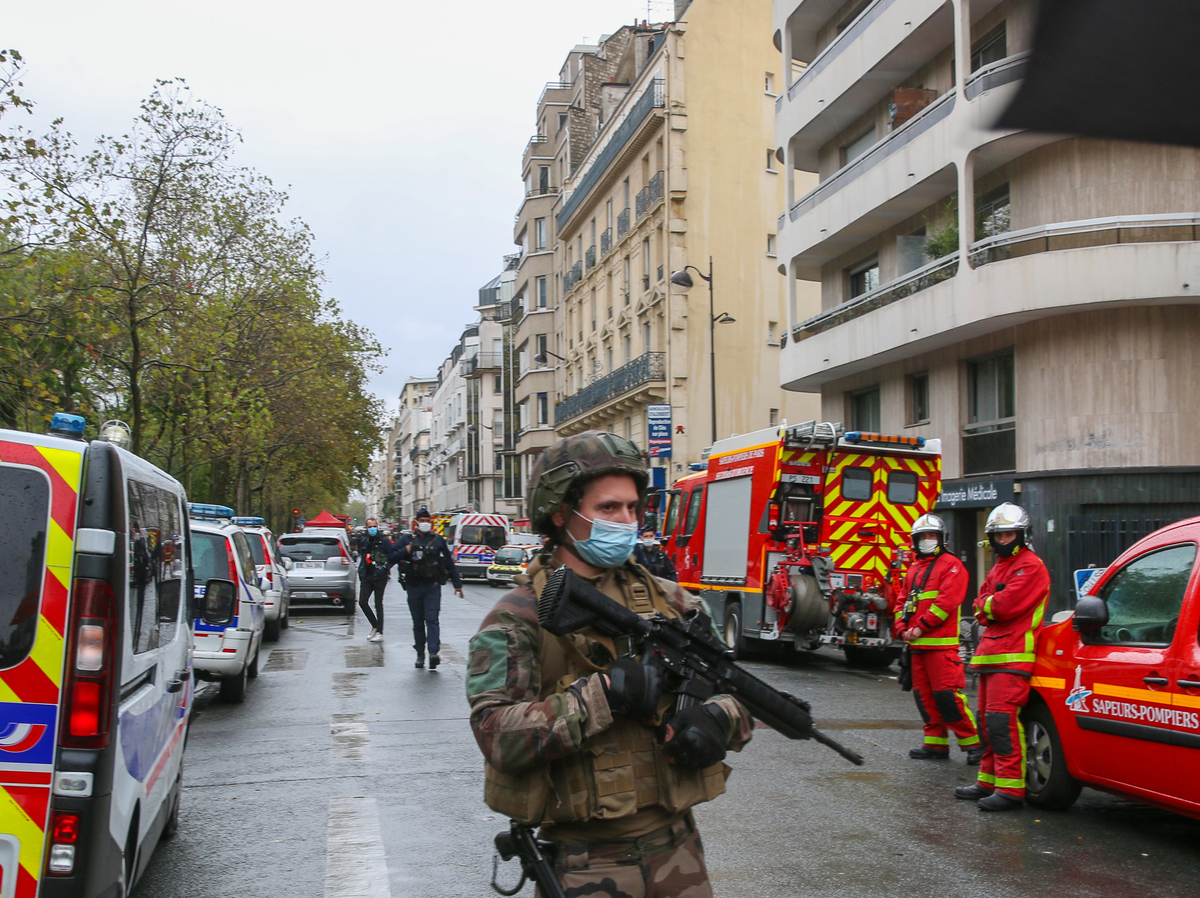 An officer of the French National Gendarmerie guards an area near the former Paris offices of satirical newspaper Charlie Hebdo, where two people were wounded Friday in an attack with a sharp object that one witness described as a hatchet.

Police in France are investigating whether terrorism was the motive for an attack that seriously wounded two people near the satirical weekly Charlie Hebdo's former Paris offices, where a dozen people were gunned down by Islamist extremists in 2015.

Authorities say they have arrested two people in connection with the assault, which reportedly involved a sharp object that one witness described as a hatchet.

The attack comes as 14 defendants stand trial for aiding and abetting the perpetrators of the Jan. 7, 2015, assault in which brothers Chérif and Said Kouachi — armed with assault rifles, submachine guns, grenades and pistols — stormed the Charlie Hebdo offices, firing on staff. As the two assailants left the scene, they reportedly shouted that they had "avenged the Prophet." The Yemen-based affiliate of Al-Qaida later claimed responsibility.

While no firm link has yet been established between Friday's attack and the one in 2015 that killed 10 journalists, a security guard and a police officer, Paris prosecutor Remy Heitz said the timing and place of Friday's attack is why it is being investigated as a possible terrorist act.

Heitz spoke near the scene of the latest attack. He stood alongside French Prime Minister Jean Castex.

"First of all, there's the location of the attack right here in front of Charlie Hebdo's former offices," Heitz said. "And secondly, it happened at the exact time when the trial of those who may have helped the 2015 attackers is underway."

Castex told journalists that the two victims' lives were no longer in danger, "Thank God."

A journalist in the offices that now house a different news agency saw Friday's attack from the window and described it as chilling.

"I saw someone in the street with a kind of hatchet, and he attacked two people who were standing in front of the building," Paul Morreira told French television. "He attacked them with this hatchet and he ran off. We were evacuated by force from the office."

Charlie Hebdo says it has received new threats since the trial began earlier this month, and it reprinted the offending cartoons of the Prophet Muhammad, vowing in an editorial to "never lie down."

While there was a muted response to the reprinting of the cartoons from France's large Muslim community (France's top Imam told people to ignore the cartoons and focus on the victims), Iran and al-Qaida expressed anger.

The irreverent magazine, which also regularly pillories the Catholic Church, has long lived under a fatwa from extremists. Last week, the head of Charlie Hebdo's human resources was exfiltrated from her apartment under police escort after threats to her life were deemed credible.