Accessibility links
Kim Jong Un Says He's Sorry That North Korean Troops Killed A South Korean Man Pyongyang says an unidentified man was found in North Korean waters and that he murmured he was from South Korea but then stopped responding to soldiers' questions and appeared to try to flee. 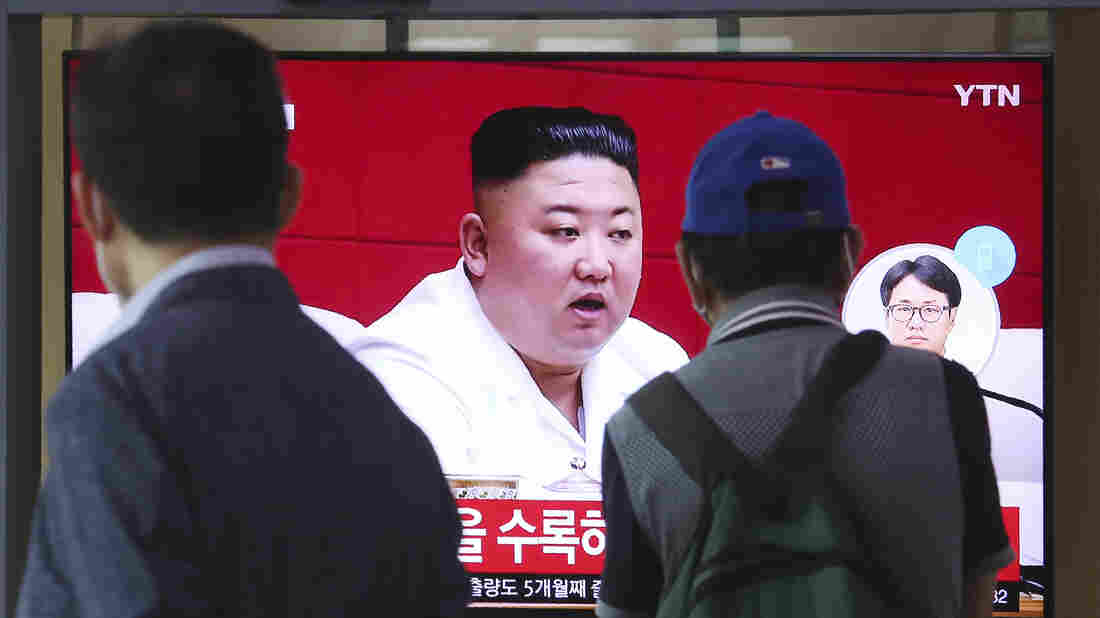 People at the Seoul Railway Station in Seoul watch a news program Friday showing a file image of North Korean leader Kim Jong Un, who said he was sorry over the killing of a South Korean fisheries official near the two countries' disputed sea boundary. Ahn Young-joon/AP hide caption 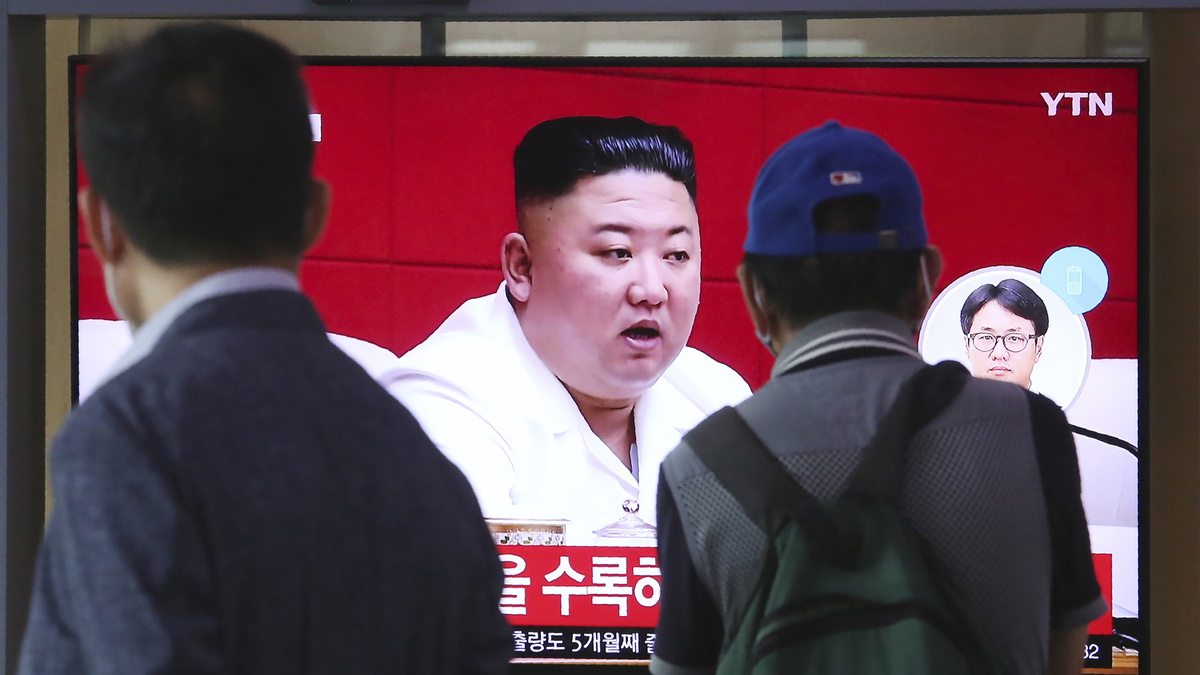 People at the Seoul Railway Station in Seoul watch a news program Friday showing a file image of North Korean leader Kim Jong Un, who said he was sorry over the killing of a South Korean fisheries official near the two countries' disputed sea boundary.

North Korean leader Kim Jong Un said he was sorry for the shooting death of a South Korean fisheries official Tuesday in waters near the two countries' maritime border — remarks that suggested a temporary halt to the downward spiral in relations between the two Koreas during a year marked by missile tests and harsh rhetoric from Pyongyang.

"Chairman Kim Jong Un said to convey that he feels deeply sorry for giving President Moon Jae-in and the people of South Korea a huge sense of disappointment due to the unintended, unfortunate incident in our waters, especially when the South Korean people are struggling under the threat of the coronavirus," read a North Korean statement dated Friday, which South Korean National Security Office Director Suh Hoon read to reporters in Seoul.

The statement was from the United Front Department of the ruling Workers' Party, the North's agency in charge of relations with the South. Besides carrying Kim's message, it also relayed the results of North Korea's investigation into the fatal shooting, which happened a day after the official was reported missing on Monday.

According to Pyongyang's account, its military responded to reports of an unidentified man found floating in North Korean waters off the country's west coast. After murmuring that he was from South Korea, the statement says, the man stopped responding to soldiers' questions and appeared to try to flee.

"At the boat captain's decision, soldiers shot about a dozen rounds at the intruder," in line with the North's rules of engagement, the statement said. The soldiers approached their target and found blood in the water but no body.

"Our soldiers concluded that the intruder had been killed, and burned the buoy he was on in the sea, in compliance with the national emergency quarantine protocols," the statement read.

This conflicts with the South's claim that the North's troops poured oil on the dead official and burned his body in the water. Nor did the North's account mention South Korean officials' contention that the man had tried to defect to the North, after reportedly experiencing financial difficulties.

In a subsequent statement, Suh Hoon said that "the message is a prompt response to matters we formally requested of the North," including a full account of the incident, an expression of regret, and measures to ensure the incident will not be repeated.

Expressing sympathy for North Korea, following three recent typhoons that destroyed homes and farmland, Moon wrote to Kim: "We will cheer each other up together as compatriots and overcome it." Kim responded that "good things will be waiting" for the two Koreas, and he urged Moon to take care of his health.

The letters are the first correspondence between the two leaders in about half a year, and they suggest that "there seems to be some sort of understanding between the two leaders, to somehow manage the situation in the Korean Peninsula and maintain stability," says Go Myong-hyun, a North Korea specialist at the Asian Institute for Policy Studies, a Seoul-based think tank.

Go views Seoul's response to Pyongyang's statement as one of relief and hope. The killing of the official had turned public opinion sharply against North Korea, Go notes, and while Moon has been determined to engage with Pyongyang, the incident could have undermined "any political momentum to continue this dialogue with North Korea."

While Seoul seemed to express satisfaction that Pyongyang had acceded to its demands to explain and apologize, Go believes that Kim still retains the initiative as to how much he wants to engage with Seoul.

Kim has spent much of the year test-firing missiles and rockets and rebuffing Seoul's attempts to restart inter-Korean dialogue and nuclear negotiations with the U.S.

The main reason Kim now appears to be limiting damage to relations with Seoul, Go says, is that he's keeping his powder dry as he waits to see who wins the U.S. presidential election in November.

"And based on that," Go says, "North Korea will decide whether to escalate or de-escalate. So I think they're, you know, essentially in a holding pattern."

If Kim sees a chance of getting a better deal through diplomacy, he could likely start with an overture to South Korea, much as he did during the Pyeongchang Olympics in 2018.

If not, Go predicts, the North could quickly revert to military provocations, including long-range ballistic missile launches.