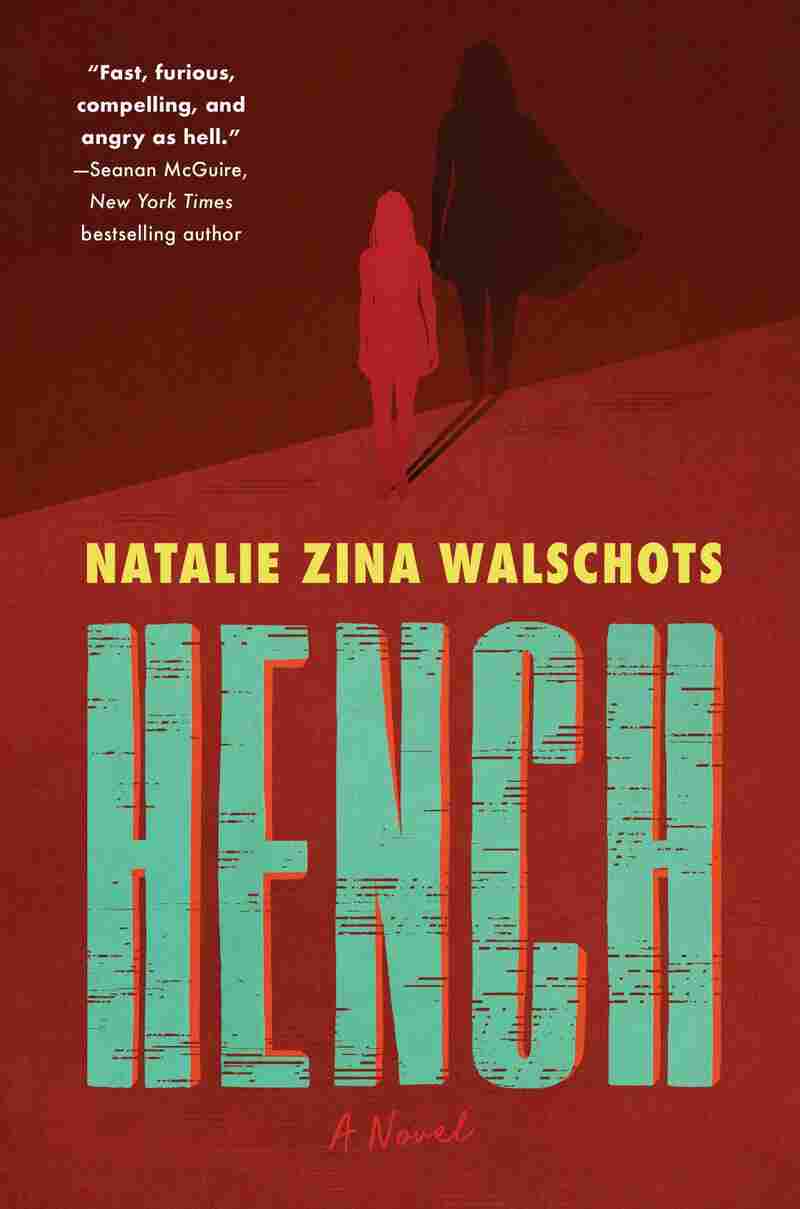 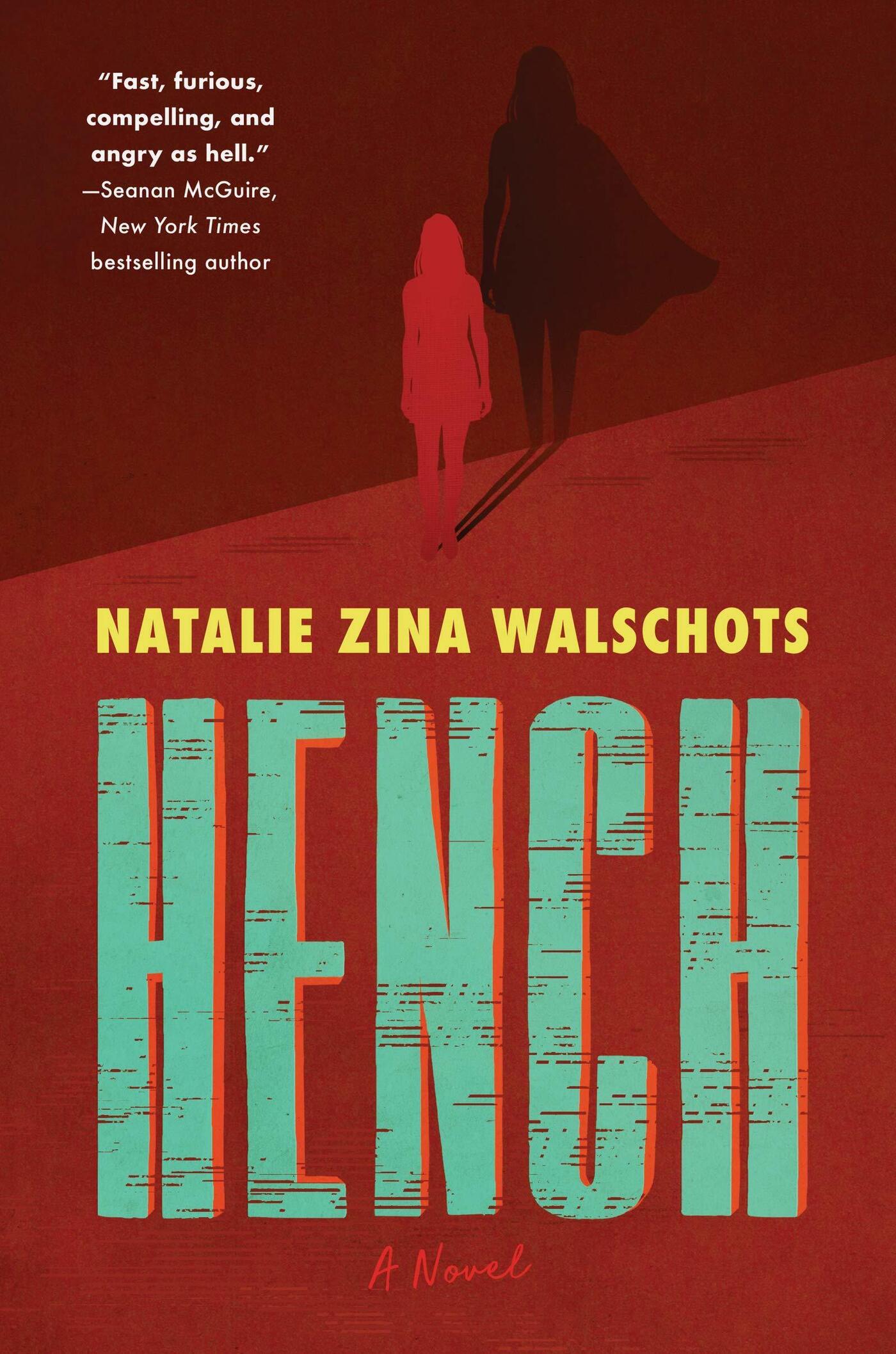 In 2020, we are familiar with the economic costs of natural disasters. They are blazoned across every story, destroyed property valued to the last cent. We might be less familiar with how to estimate lifeyears lost, but be assured (note, I don't write reassured) there is a method to calculate that loss, too.

And in Natalie Zina Walschots' debut novel Hench, she examines what happens when the ability to calculate the human cost of disaster is coupled with a superhuman ability to organize and manipulate data. Hench is an engrossing take on the superheroic. It's smart and imaginative; an exemplary rise-of-darkness story, one I won't soon forget.

In the world of Hench, people willing to work ("hench") for supervillains go to an employment agency. Turnover is high and contracts often end abruptly, as superheroes with an array of impossible powers are very much also active. Henches who survive a supervillain-foiling find themselves back at the Temp Agency, struggling to stretch that last paycheck until the next no-benefits, probably-short term job. (The gig economy sucks.) Anna is our delightfully acerbic protagonist, hired by a middling supervillain to do data entry at his start-up, until one day she finds herself center stage during a villainous press conference. (The villain wants to make sure there's a woman standing up with the rest of his goons.)

Have you ever wondered what happens to bystanders during those epic, glorious superhero fights we see in (insert superhero franchise here)? Hench tells you, and it doesn't pull its punches.

Until this moment, Hench is funny, full of a matter-of-fact, affectionate despair at everyday economic hardship. This is where the story turns, and Walschots first reveals how very well she writes devastation and trauma. The conference is interrupted by superhero Supercollider, who's swath of destruction leaves Anna severely injured and without a job — and she's the lucky one. Have you ever wondered what happens to bystanders during those epic, glorious superhero fights we see in (insert superhero franchise here)? Hench tells you, and it doesn't pull its punches.

Anna copes with her traumatic experience by turning to data. Deciding superheroes are the equivalent of natural disasters, she calculates the terrible cost of their existence accordingly, publishing her findings on a blog she names The Injury Report. This brings notoriety, retweets, and the attention of supervillain Leviathan. He is 'the monster lurking beneath the surface of the world' who 'most heroes hope never to be in the same room as,' but he also turns out to be a pretty decent employer.

Leviathan gives Anna safety and limitless resources to continue her work — and to use her research to apply 'stressors' on superheroes, weaponizing information and public opinion to make them more ineffective. If this involves destroying the heroes' friends and family and anybody who comes in contact with them, well, it's for the greater good. Supercollider looms large in Anna and Leviathan's motivations, and as we follow Anna's rise through the ranks, we're asked to consider what being the good guy really means. Do the needs of many outweigh? What is owed responsibility?

Walschots shines when she shows us how unsettling and raw violence is, how complicated and difficult survival can be, but she's also so warmhearted toward her characters.

Gosh, it's fascinating. Anna is the rage of collateral damage and its revenge; she's sympathetic and horrible. I love a superhero story that shows us common character tropes through a lens of mundanity just as much as I love a superhero story that is high concept, larger-than-life, with thoroughly shining or blighted ideals. Natalie Zina Walschots gives us both of these in Hench, and I lift my metaphorical glass to her. Yes, Walschots shines when she shows us how unsettling and raw violence is, how complicated and difficult survival can be, but she's also so warmhearted toward her characters.

Although she tackles serious issues like how women are treated in the workplace, or how friendships might splinter under the weight of fear, Hench is steeped in the glorious campiness of Golden and Silver Age superheroes. There are lava guns! Mind control devices! Costumes! Lairs! Supercars! Awe! Names like Doc Proton, the Accelerator, the Tidal Four, Electric Eel, the Cassowary, the Auditor. It's fun. It's emotional. It feels like a friend. But it's not comforting. I think it might be terribly honest, and I honestly can't wait to see what Natalie Zina Walschots does next with the genre.