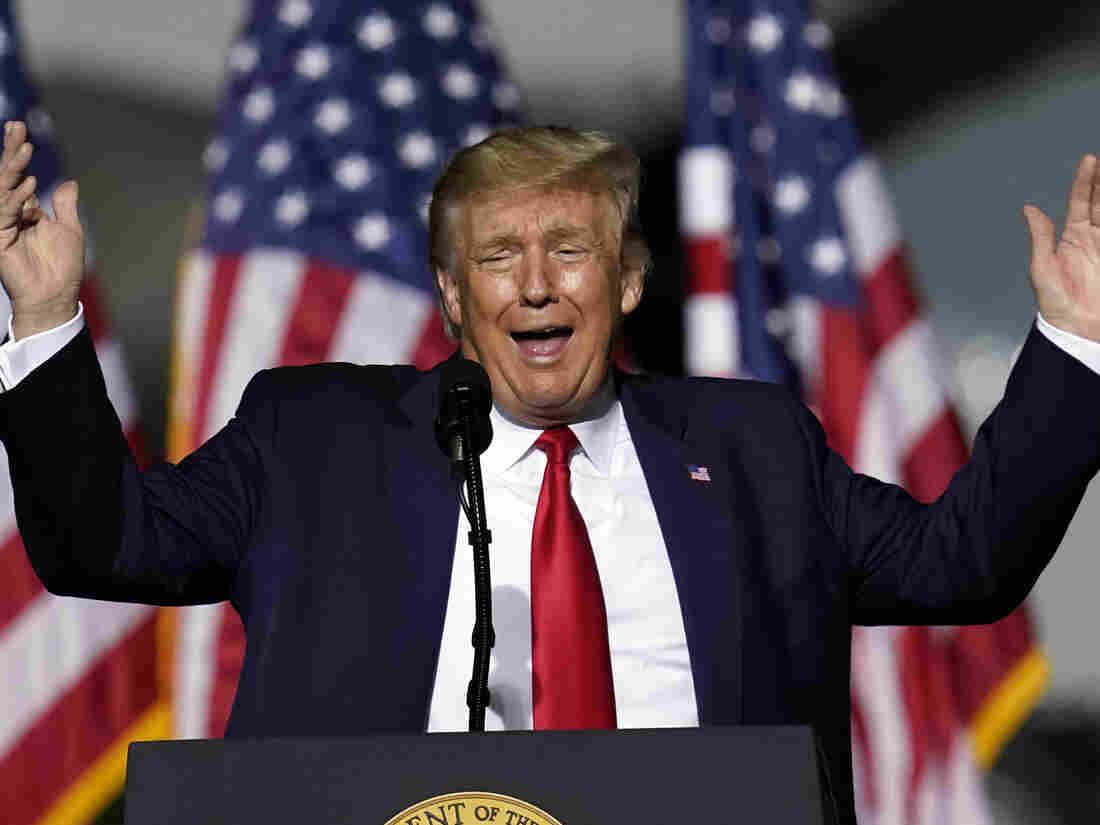 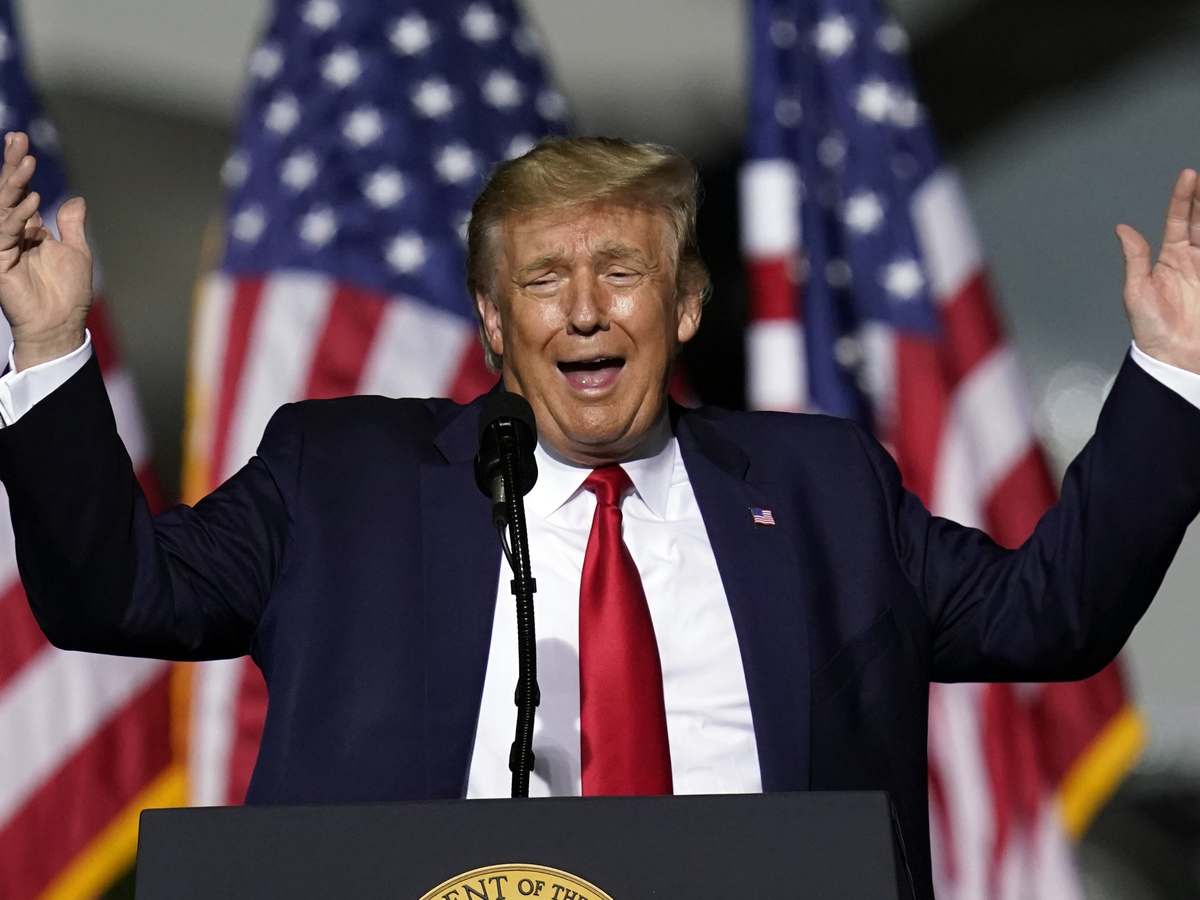 President Trump speaks at a campaign rally on Friday in Newport News, Va. Trump announced an expansion of his moratorium on offshore drilling.

This week, President Trump expanded a ban on exploratory drilling off the coasts of North Carolina and Virginia, his latest extension of an existing offshore drilling moratorium in the Gulf of Mexico.

The memorandum, which Trump signed Friday, "prevents consideration of this area for any leasing for purposes of exploration, development, or production during the 10-year period beginning on July 1, 2022, and ending on June 30, 2032."

The memo makes clear that the ban on leasing does not apply if it's for "environmental conservation purposes, including the purposes of shore protection, beach nourishment and restoration, wetlands restoration, and habitat protection."

It stands in contrast to the Trump administration's record of supporting oil and gas production and rolling back rules on greenhouse gas emissions.

Trump announced the move at a campaign event in Virginia. But even as he announced the action, Trump immediately indicated a willingness to walk things back. "If you want to have oil rigs out there, just let me know — we'll take it off," he told the crowd. "I can understand that, too."

The expanded drilling moratorium comes just two weeks after Trump prohibited drilling off both Florida coasts, as well as off the coasts of Georgia and South Carolina. Trump compared himself to President Teddy Roosevelt, who had a lifelong passion for nature.

"No. 1 one since Teddy Roosevelt," Trump said in Florida, the New York Post reported. "Who would have thought, Trump is the great environmentalist?"

Trump's new anti-drilling stance is a departure from his sustained willingness to explore domestic sources of energy. Some have questioned the sincerity of the move this close to the presidential election.

"Just months ago, Donald Trump was planning to allow oil and gas drilling off the coast of Florida," Democratic presidential nominee Joe Biden said on Twitter earlier this month. "Now, with 56 days until the election, he conveniently says that he changed his mind. Unbelievable."

The oil industry, which has been blindsided by Trump's shifting environmental policies, decried the expanded moratorium.

"This is another move in the wrong direction for American energy security and takes thousands of new jobs and critical revenue for states off the table at a time when the economy is struggling," said American Petroleum Institute executive Len Smith in a statement. API is the country's largest trade association for the oil and natural gas industry.