Accessibility links
Trump Tax Returns, Loans Detailed In 'New York Times' Report President Trump paid $750 in federal income taxes in 2016 and 2017, according to the Times, which also says he's fighting an IRS audit that could cost him over $100 million. 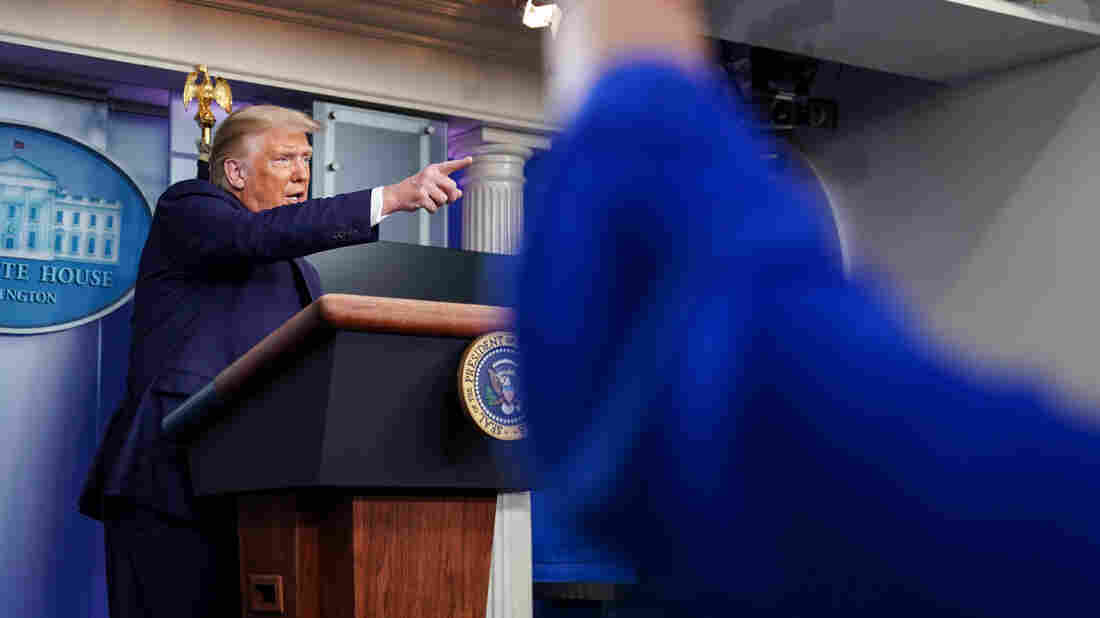 President Trump takes a question during a news conference at the White House on Sunday, where he dismissed reporting from The New York Times that he has paid little or no federal income taxes in recent years as "fake news." Joshua Roberts/Getty Images hide caption 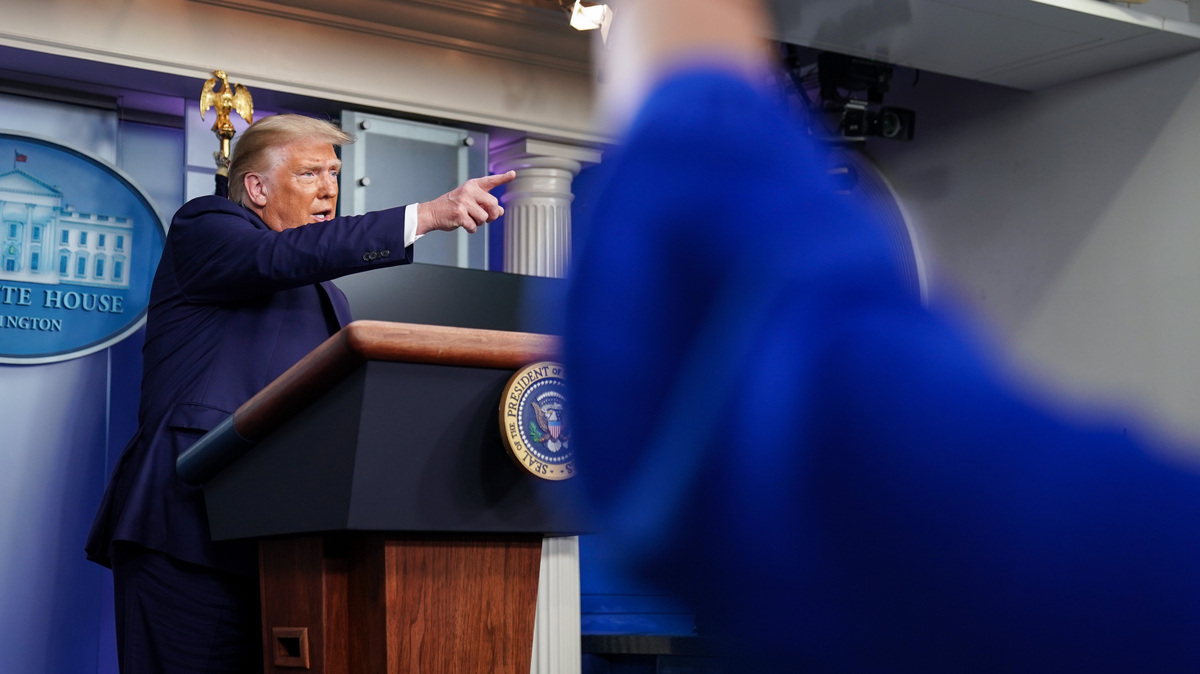 President Trump takes a question during a news conference at the White House on Sunday, where he dismissed reporting from The New York Times that he has paid little or no federal income taxes in recent years as "fake news."

A New York Times investigation published on Sunday said that President Trump paid just $750 in federal income taxes each year in 2016 and 2017, which the president denied at a news conference using a familiar retort: "fake news."

The Times cites Trump's long-sought-after tax returns, further reporting that he paid no income taxes at all in 10 of the previous 15 years as Trump reported massive losses to his businesses.

Among its other findings, the investigation determined that Trump has hundreds of millions of dollars in loans that are set to come due within the next four years — potentially his second term in office — and that he's battling the Internal Revenue Service over a nearly $73 million tax refund he claimed a decade ago. The Times said an "adverse ruling [in that audit case] could cost him more than $100 million."

All told, the investigation provides the most detailed accounting yet of the finances of a president with massive business interests who has sought to shield the details of those finances from the American public.

NPR has not confirmed any of the details from the filings; the Times didn't post any of its source documents to protect sources, according to the story.

When asked about the report during a Sunday evening news conference, Trump refused to detail what he's paid in federal income taxes, saying simply: "I've paid a lot."

He said "it'll all be revealed" when his tax returns can be released after audit — something he's said for years. (In fact, an audit would not prevent the president from releasing his records.)

Trump has previously bragged about not paying taxes.

"That makes me smart," he said in a 2016 debate against Hillary Clinton, when she accused him of not paying federal income taxes.

Responding to the Times, Alan Garten, a lawyer for the Trump Organization, told the publication that "most, if not all, of the facts appear to be inaccurate."

The Times says it obtained over 20 years of tax return data for Trump and the myriad companies that make up his organization.

Here are other key points from The New York Times:

The Times report was explicit that it did not find any previously unknown connections to Russia, something that critics of the president have speculated would be revealed in his tax returns.

Trump's political opponents for years have sought his personal financial records, after he broke decades of presidential precedent by not voluntarily releasing his tax returns during the 2016 campaign or since.

Trump has also not divested from his family business, creating layers of financial entanglements and potential conflicts of interest, including business deals that could be subject to decisions by foreign leaders.

Last year, House Ways and Means Committee Chair Richard Neal, D-Mass., sued federal officials to try to obtain six years of Trump's tax returns. In July of this year, the Supreme Court sent the case back to a lower court.

"It appears that the President has gamed the tax code to his advantage and used legal fights to delay or avoid paying what he owes," Neal said in a statement Sunday evening. He added: "Our case is very strong, and we will ultimately prevail."