Accessibility links
When Is The 1st Biden-Trump Presidential Debate? The two presidential candidates will face off for the first time in a debate moderated by Fox News' Chris Wallace. 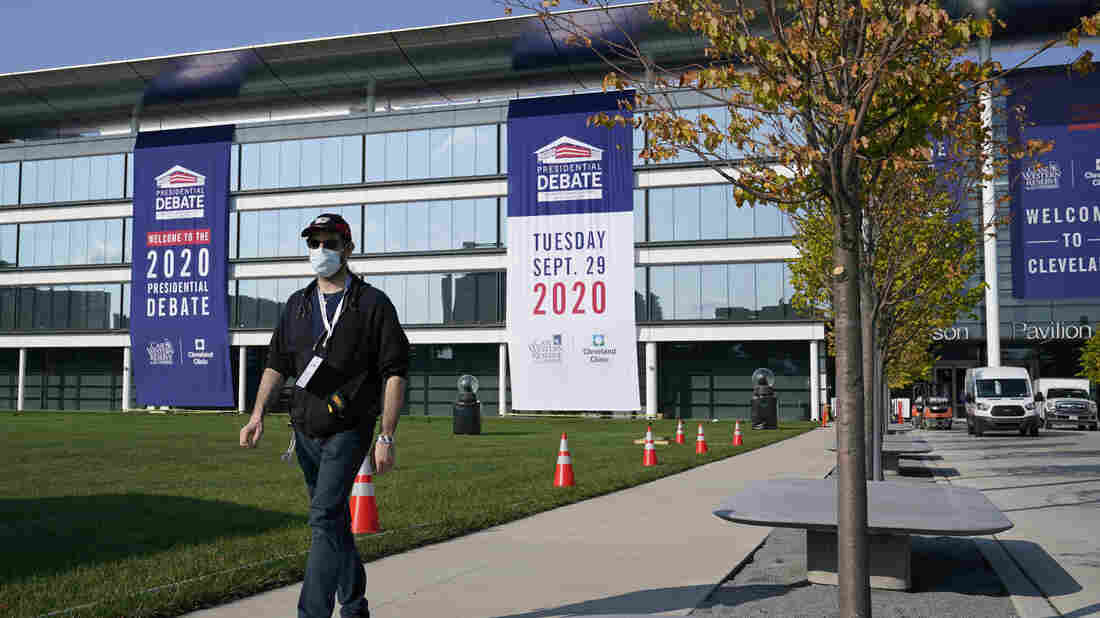 Preparations take place on Sunday outside the Sheila and Eric Samson Pavilion in Cleveland ahead of the first presidential debate, scheduled for Tuesday. Patrick Semansky/AP hide caption 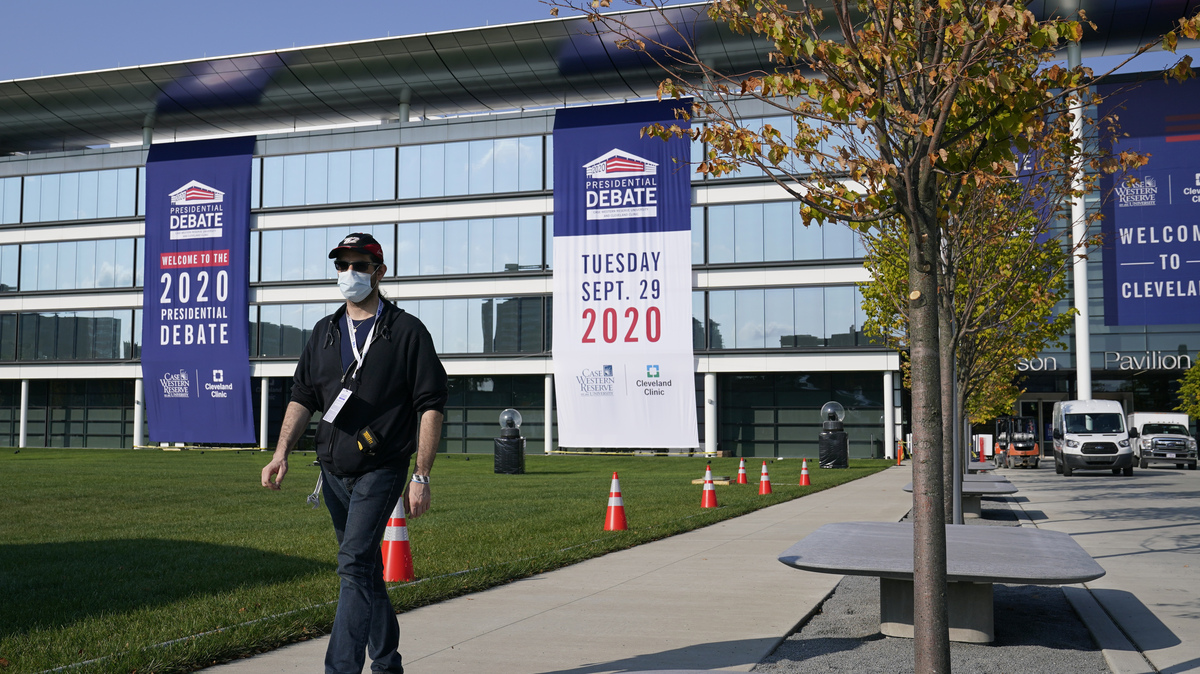 Preparations take place on Sunday outside the Sheila and Eric Samson Pavilion in Cleveland ahead of the first presidential debate, scheduled for Tuesday.

President Trump and Democratic presidential nominee Joe Biden will debate each other for the first time Tuesday evening, in the first of three presidential debates.

Here are the details:

Where? Case Western Reserve University and the Cleveland Clinic, in Cleveland. (The University of Notre Dame was originally supposed to host but cited the coronavirus pandemic in withdrawing.) 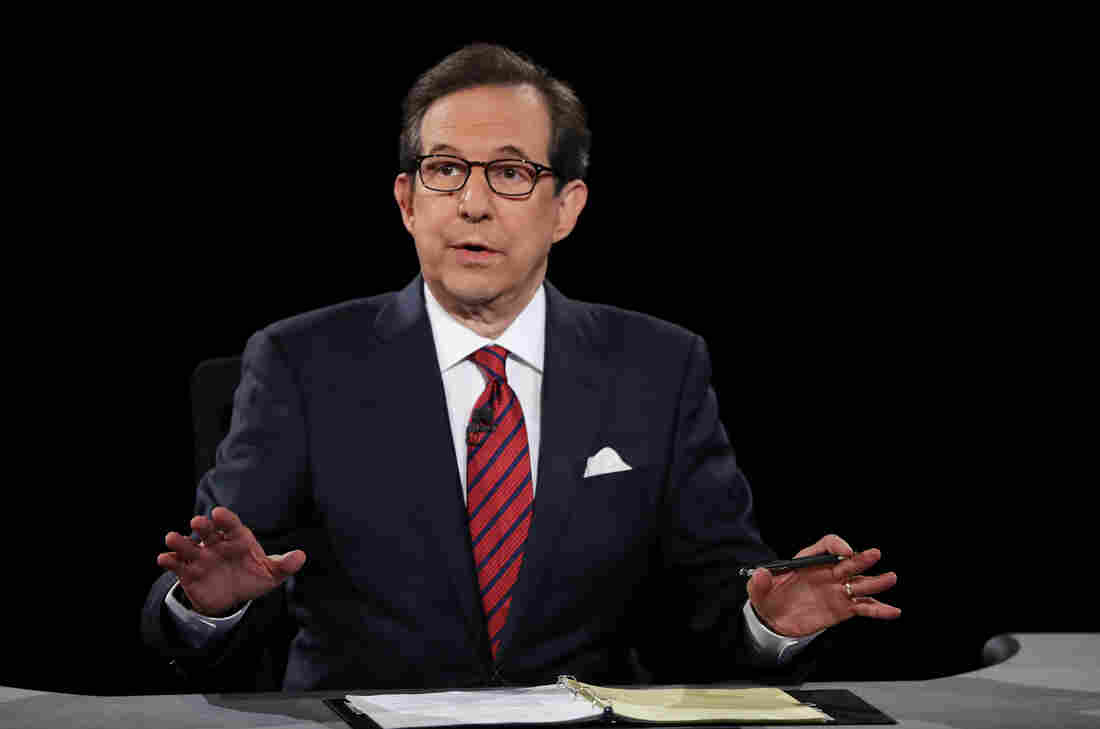 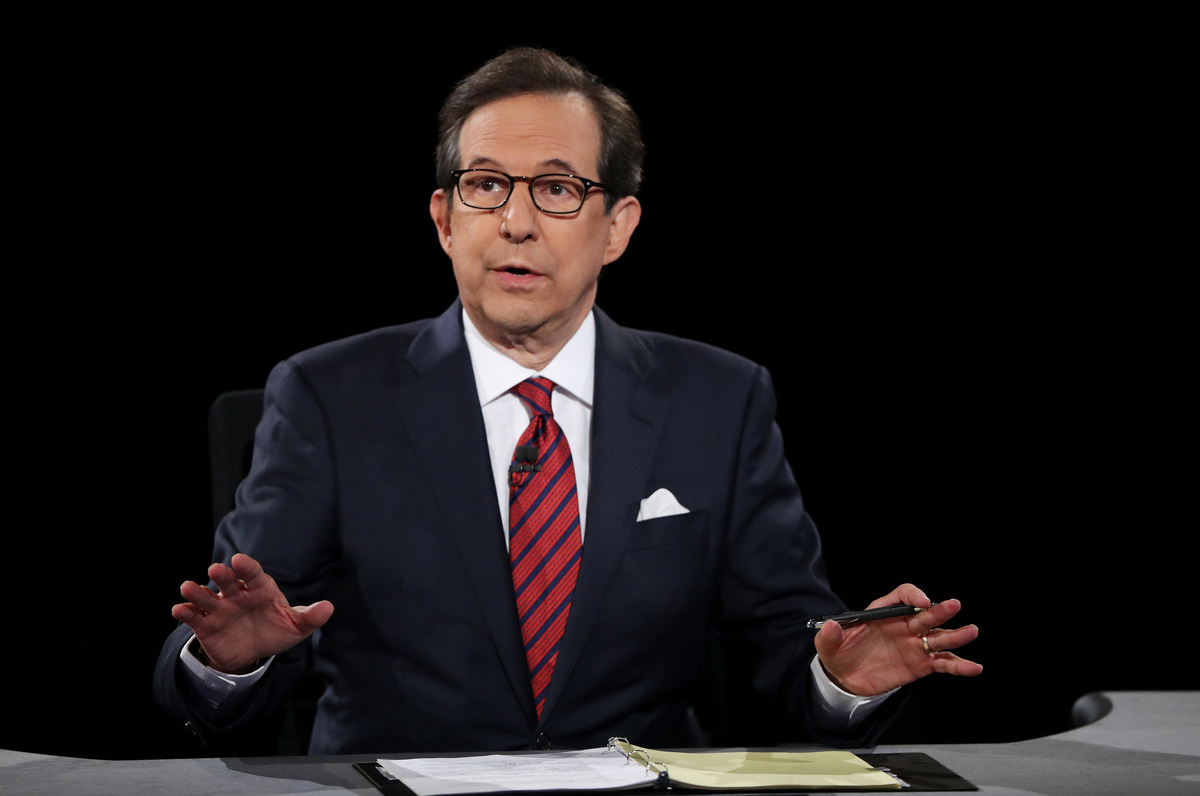 What are the topics going to be? Wallace selected the following topics:

6 Questions Ahead Of The 1st Trump-Biden Presidential Debate

The debate topics are not without controversy. Three dozen Democratic senators signed a letter calling for the debates to also focus on the climate crisis, and critics objected to the framing of the fifth topic, saying it conflates the issues of race and violence.

The sixth topic comes as Trump has not committed to a peaceful transfer of power.

What's the format? The debate will consist of six segments to address the topics above, with each segment getting approximately 15 minutes.

Each candidate will have two minutes to respond to the opening question in each segment. Candidates will get a chance to respond to each other as well.

What's the state of play ahead of this first debate? Biden is currently the favorite, with polling leads in the national average and in many key states.

Will there be more debates? Yes, Tuesday's debate is the first of four debates planned. Here are the others: