Accessibility links
Former Postie Offers A History Newspapering And A Primer On Media Ethics In 'All About The Story' Former Washington Post leader Len Downie is well-placed to offer a look at 50 years in news — but he also writes of times he had to weigh the public's right to know against national security. 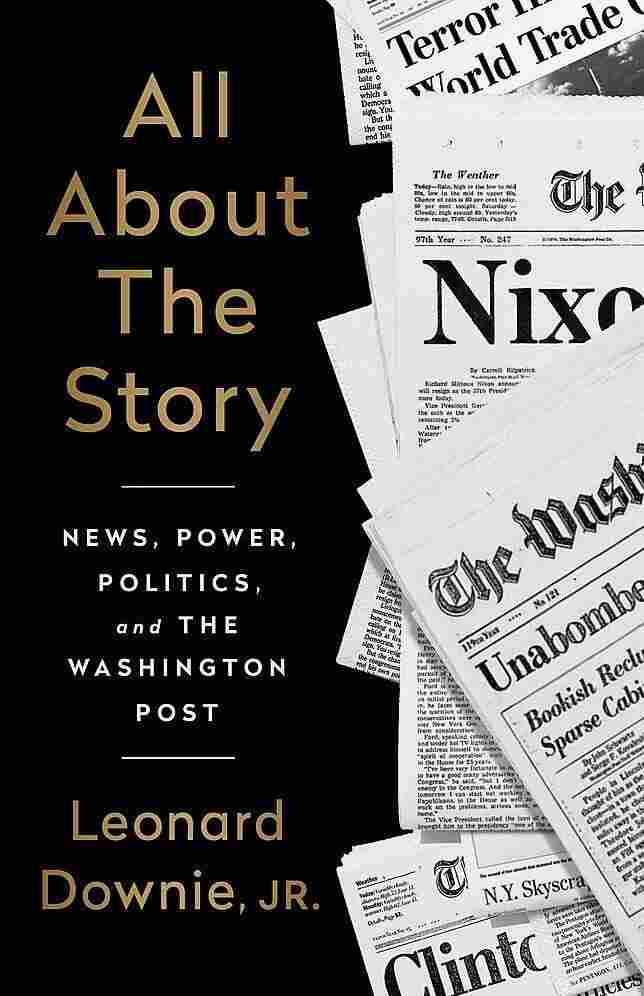 All About the Story: News, Power, Politics, and the Washington Post, by Leonard Downie, Jr. Public Affairs hide caption 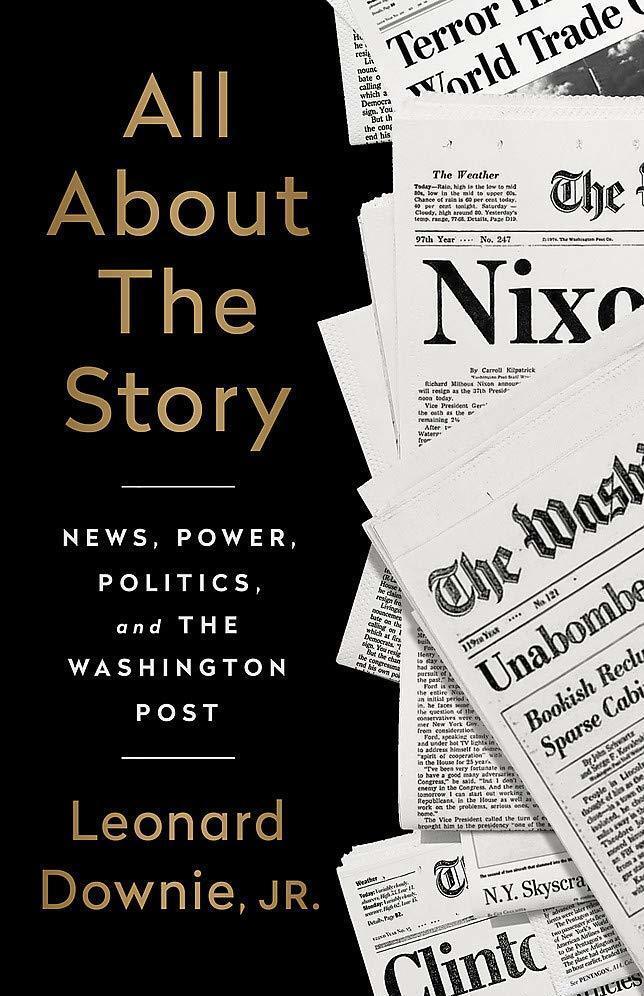 All About the Story: News, Power, Politics, and the Washington Post, by Leonard Downie, Jr.

On a June night in 1995, a package was found in the mailroom of the Washington Post. Inside was a 56-page manuscript and a letter from "FC," the signature of the man the FBI called the Unabomber.

At this point, he had sent out 16 bombs to targets across the U.S., killing three people.

The Unabomber would stop killing, the letter promised, if either the Washington Post or The New York Times published the manifesto in full, as Leonard Downie Jr. recounts in All About the Story, his memoir of his 44-year career at the newspaper.

Downie was then the executive editor of the Post. Together with the paper's then-owner, Donald Graham, he deliberated: "Should we let a murderous terrorist dictate what we would publish in the Post? Would the Unabomber really stop if we published the manifesto — or keep killing if we did not?"

They published it. A woman in Upstate New York recognized the style of her estranged brother-in-law, Ted Kaczynski, leading to his arrest.

At this point, Downie was a well-established and respected editor. But Downie's beginning at the paper in 1964 was inauspicious. He arrived at the Post building believing he had a job waiting for him, through an agreement between Post Deputy Managing Editor Ben Gilbert and George Kienzle, a journalism professor at Downie's alma mater, Ohio State University. But Gilbert obviously had no idea who he was.

"Gilbert said he recalled having dinner with Kienzle some months earlier, but he had gotten so drunk he didn't remember anything they discussed. There was nothing he could do for me," Downie writes. But Downie begged, and an internship was eventually found for him. Because his background was working class, his Ivy League-educated peers nicknamed him "Land Grant Len." From there, he worked his way up to executive editor before he was forced to retire in 2008.

So Downie is extremely well-placed to offer a history of the last 50 years in news, from the assassination of Martin Luther King Jr., to Watergate, the Jonestown Massacre, Bill Clinton's impeachment, the Unabomber, the Sept. 11 attacks, and the invasion of Iraq. But All About the Story also functions as a primer on journalistic ethics. Downie often had to weigh the public's right to know against national security or other considerations: Should the paper reveal the location of the CIA's secret prisons in Eastern Europe? What about the location of Congress' nuclear bunker outside of Washington, D.C.? And should it publish the details of politicians' consensual affairs?

One of the more complex negotiations happened around Watergate source Mark Felt, also known as "Deep Throat." Bob Woodward had promised to protect Felt's identity for as long as he was alive — but when Felt himself, apparently suffering from dementia, told others he was Deep Throat, they had to decide whether to confirm it or not (they did).

There is also, naturally, lots of gossip in Downie's memoir: Carl Bernstein could be "strikingly selfish and irresponsible in his work habits, his handling of money, and his relationships with women." Bob Woodward's writing was "wooden" and required constant cleanup, Downie notes. And when Downie's legendary predecessor Ben Bradlee was tired of talking to someone, he would start clipping his fingernails to signal the end of the meeting. (Downie's rivalry with Bradlee is palpable — for perhaps understandable reasons. When Washingtonian magazine ran a profile of Downie in 1998, the headline was "He's Not Bradlee.")

Downie's style occasionally tilts toward the stilted and self-congratulatory: "Journalism, the old adage goes, should comfort the afflicted and afflict the comfortable. That is just what the Post did during my leadership of the newsroom." I also felt pricks of irritation at the way he writes about his wives, who appear largely like graceful editorial assistants (who also carry the burden of childrearing). He acknowledges the way his devotion to the Post stressed his three marriages, but a reader looking for thoughtfulness about the division of labor or the demands of journalism on people who have children will not find it here. (Relatedly, I doubt he would introduce a male colleague with the adjectives "smart and cheeky," which is how he describes veteran Post writer Valerie Strauss).

Nor are Downie's views on journalistic neutrality wholly convincing or coherent, resting as they seem to do on the assumption that objectivity means the same thing to everyone. Downie is comfortable, for instance, vociferously criticizing Donald Trump's treatment of the press. But he is critical of women reporters who advocate for abortion rights. This and other instances make it seem like Downie considers "neutrality" to be violated in the instances where the issues have no personal relevance for him. When Downie writes, regretfully, that he found himself "somewhat out of touch" with the feelings of women and minority journalists at the Post, it seems like a likely understatement

All About the Story has obvious value for anyone looking to understand the ways news has changed in the past five decades. Some of those lessons are not intentional. Downie ultimately illiustrates, through both his difficult ethical and editorial decisions and his occasional blind spots, that however much we want it to be "all about the story," it is also, inevitably, about the people who tell the story.