Accessibility links
Democrats React To Trump Tax Returns Report A New York Times story that details how little President Trump has paid in federal income taxes has handed Democrats what they hope will be a potent campaign message. 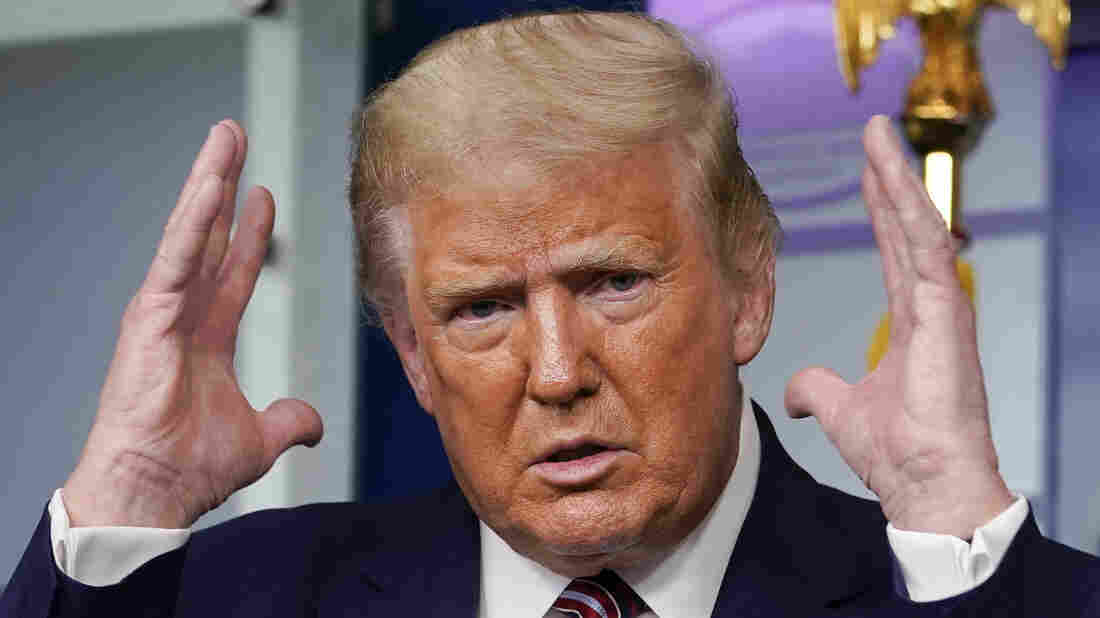 A New York Times story that details how little President Trump has paid in federal income taxes has handed Democrats what they hope will be a potent campaign message. Carolyn Kaster/AP hide caption 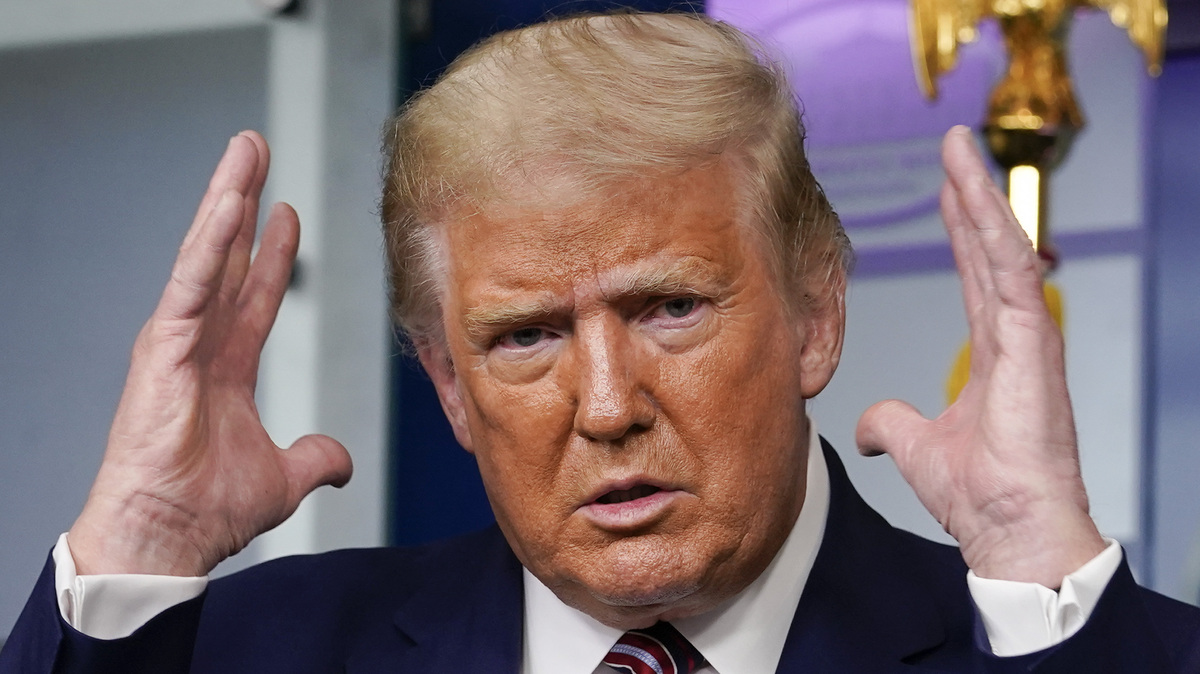 A New York Times story that details how little President Trump has paid in federal income taxes has handed Democrats what they hope will be a potent campaign message.

Democrats have wasted little time responding to The New York Times' bombshell that President Trump paid just $750 in federal income taxes in 2016 and 2017.

"The New York Times reporting provides a window into the extraordinary measures that President Trump has used to game the tax code and avoid paying his fair share of taxes, while hard-working Americans are," House Speaker Nancy Pelosi, D-Calif., said in a statement.

"It is a sign of President Trump's disdain for America's working families that he has spent years abusing the tax code while passing a GOP Tax Scam for the rich that gives 83% of the benefits to the wealthiest 1%," she added.

🙋‍♂️ if you paid more in federal income tax than President Trump. https://t.co/4Q1nQmHSWa

And Rep. Alexandria Ocasio-Cortez, D-N.Y., tweeted that she "paid thousands of dollars a year in taxes *as a bartender*" and said Trump "contributed less to funding our communities than waitresses & undocumented immigrants."

In a separate story Monday evening, the Times detailed how deeply Trump profited from both his reality show "The Apprentice" and additional opportunities related to his celebrity as a result of the hit program. The Times says the windfall came as Trump's other businesses were losing hundreds of millions of dollars. The Times reports, in part:

A White House spokesperson rebutted the Times story, calling it "yet another politically motivated hit piece full of inaccurate smears." Neither the spokesperson nor Trump challenged specific details in the articles.

The reports add a new element to what has been a remarkably stable presidential race according to polling, which has consistently shown Democratic nominee Joe Biden with a national lead approaching double digits over Trump.

The Biden campaign was also quick to jump on the reports by the Times, releasing a video ad on Twitter comparing what it said were average taxes paid by teachers, firefighters and nurses, all substantially more than $750. It also unveiled a calculator so users can find out: "How much more did you pay in taxes than President Trump?"

How much more did you pay in taxes than President Trump?

In an interview on MSNBC, Pelosi said Trump's finances are a national security issue, because according to the Times, he has some $300 million in loans that will become due within the next four years.

"He has exposure to the tune of hundreds of millions of dollars. To whom? The public has a right to know," Pelosi said.

House Democrats have been engaged in a long-running and to date unsuccessful effort to obtain Trump's financial records from a six-year period, both before and after he became president.

NPR has not confirmed any of the details from the Times reporting; the newspaper didn't post any of its source documents.

"We are not making the records themselves public because we do not want to jeopardize our sources, who have taken enormous personal risks to help inform the public," Times executive editor Dean Baquet wrote in the newspaper.

The Fake News Media, just like Election time 2016, is bringing up my Taxes & all sorts of other nonsense with illegally obtained information & only bad intent. I paid many millions of dollars in taxes but was entitled, like everyone else, to depreciation & tax credits.....

.....Financial Statements, from the time I announced I was going to run for President, showing all properties, assets and debts. It is a very IMPRESSIVE Statement, and also shows that I am the only President on record to give up my yearly $400,000 plus Presidential Salary!

He tweeted Monday that he "paid many millions of dollars in taxes but was entitled, like everyone else, to depreciation & tax credits." He added that he is "extremely under leveraged — I have very little debt compared to the value of assets." Trump also said he "may" release financial statements "showing all properties, assets and debts."

The Times reported that Trump and the Internal Revenue Service have been locked in a 10-year battle over a nearly $73 million refund Trump claimed after suffering business losses. He has often cited the audit as a reason he has not released his tax returns, although former IRS officials have said there is no such prohibition.

The chairman of the Senate Finance Committee, Sen. Chuck Grassley, R-Iowa, told reporters at the Capitol that he had read the Times' story, and said, "The thought that comes to my mind is how come it's taking the IRS so long to get the audits done? I am concerned that the IRS is not getting their work done."