Accessibility links
Pelosi Prepares For Rare Chance House Could Decide Election House Speaker Nancy Pelosi outlined the once far-fetched scenario in a letter to Democrats this weekend and is calling for more financial support for battleground candidates. 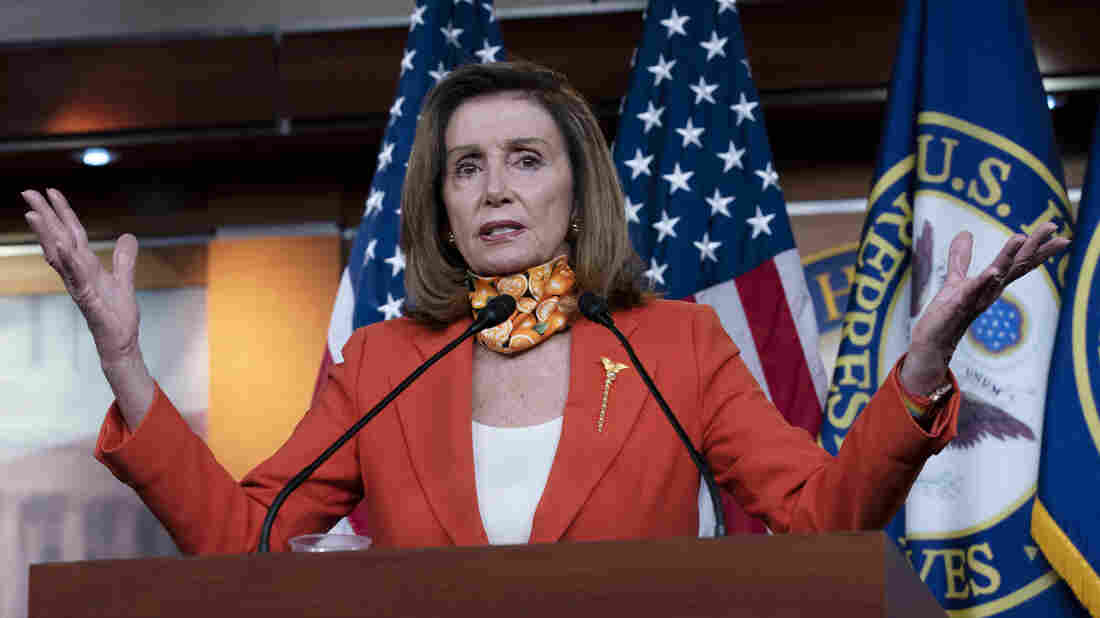 House Speaker Nancy Pelosi is warning Democrats of an exceedingly rare scenario where the House may need to decide the presidential election in January. Jose Luis Magana/AP hide caption 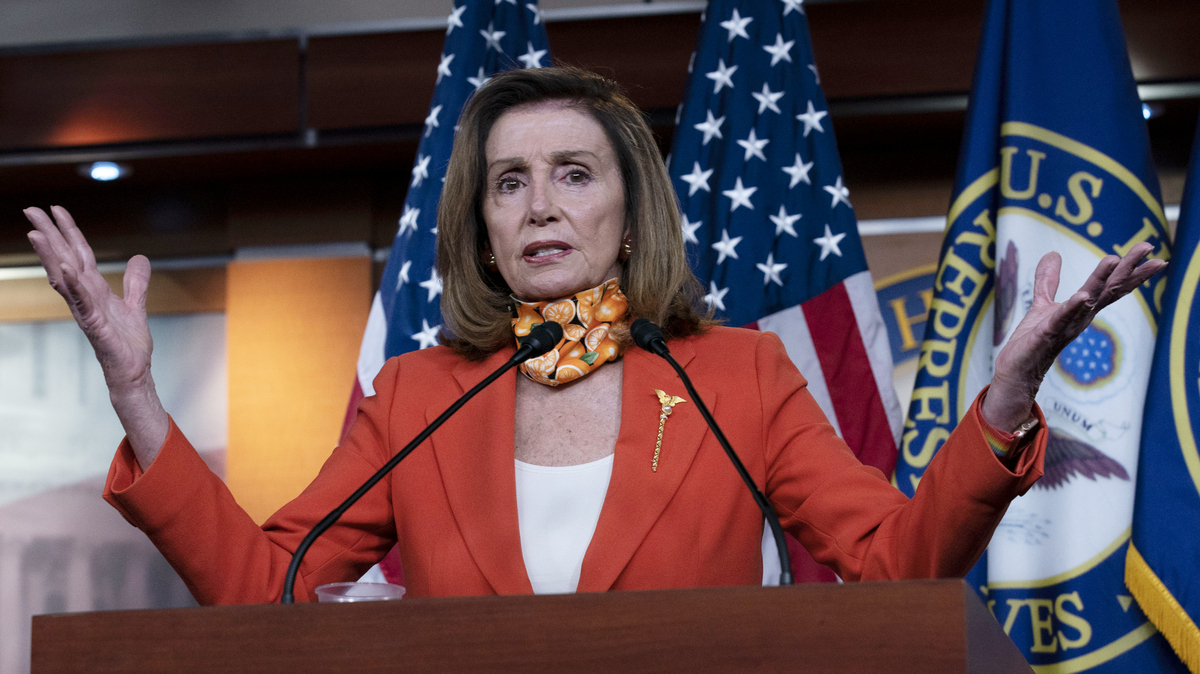 House Speaker Nancy Pelosi is warning Democrats of an exceedingly rare scenario where the House may need to decide the presidential election in January.

House Speaker Nancy Pelosi, D-Calif., is warning Democrats that they must win the majority, not just of the House of Representatives but a majority of each state delegation, in case the House is called upon to decide the election in January.

If the outcome of the election is not clear by Jan. 6, the decision goes to the House. But the vote is not as straightforward as Democrats having the majority of seats overall. Each state would get a single vote, which would be determined by the party that has the majority of members from that state.

Pelosi outlined the once far-fetched scenario in a letter to Democrats over the weekend. She called on her members to shift money to House Democrats' fundraising arm, House Majority PAC, to help shore up campaign funds in battleground districts.

"We cannot leave anything to chance. House Majority PAC is doing everything it can to win more delegations for Democrats," Pelosi said in the letter, sent from her campaign email. "It's sad we have to have to plan this way, but it's what we must do to ensure the election is not stolen."

Pelosi said the letter is a response to comments President Trump made at a weekend rally in Pennsylvania where he discussed the possibility of Congress deciding the election.

"I've been working on this for a while, I've been working on almost every scheme he might have to steal the election," Pelosi said Monday on MSNBC. "Anything we do to increase our numbers in the House, whether it's state delegations or members of Congress wherever they are, will help us hold the House and enlarge our size, win the Senate and elect Joe Biden president of the United States on Election Day — or the few days that it takes to count thereafter."

Trump told his supporters that he wants to avoid the election being decided by the Supreme Court or Congress.

Trump was referencing the current balance of state representation in the House. Republicans represent the majority of House members from 26 states; Democrats have the majority in 22 states. Another two, Michigan and Pennsylvania, are tied.

Congress hasn't been called on to intervene in a presidential election at any time in modern history and only twice since the ratification of the 12th Amendment in 1804. The most recent congressional vote to decide the presidency was in 1877.

Pelosi called on Democrats to prepare for the exceedingly rare circumstances, arguing that they cannot ignore any possibility in this election.

"Simply put, this strategy to protect our democracy and elect Joe Biden will take an all-out effort and resources," Pelosi said in the letter. "I'm asking you to help with this delegation strategy as well."

The coronavirus pandemic has upended this year's election. With many more voters voting by mail, there is a greater likelihood that results will not be clear on Nov. 3. There is also a higher chance of litigation this year, given many changes to state voting laws.

Trump has further muddied the waters by casting doubt on the integrity of the election and suggesting he won't necessarily agree to a peaceful transfer of power if he loses.